Beamish now has its first visiting tramcar! L53, the well known Eades reversible horse tram usually based at Heaton Park in Manchester arrived for its one week stay with us which will see it in passenger operation this Thursday and Friday. Luck visitors on Wednesday may also get a chance to ride it once testing and horse familiarity working is complete.

The tram is seen below on arrival then being unloaded. Due to the clearance underneath the platform, the body was swung to avoid fouling the ground. It then sat in the evening sun whilst we took photographs and mulled over its operation here.

My thanks to the Manchester Transport Museum Society for bringing L53 and for all their help and support in enabling us to host the car. We haven’t worked out dates, but it must be the first horse tram to run in the region for over a century? Maybe the first Eades car for even longer than that as well as being L53’s first appearance in a street for 106 years! 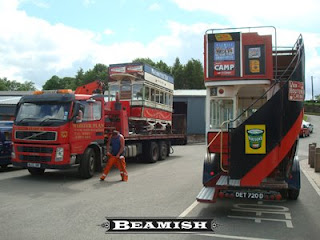 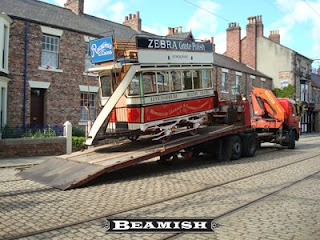 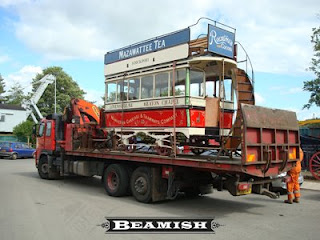 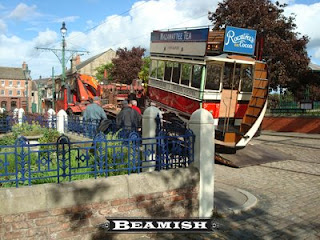 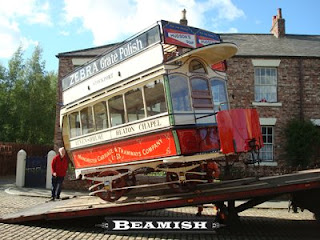 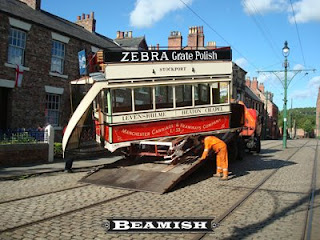 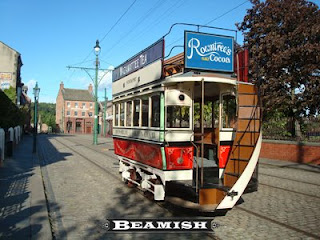 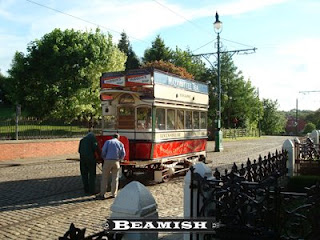 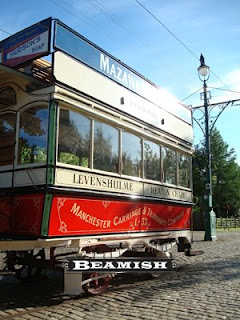 ← Shunting with Steam
Beamish take on a Steam Roller! →