Glyder to be steamed at Beamish…

In 2012 the ‘Indiana Three’ returned to the UK.  Ex Penrhyn Quarry narrow gauge locomotives Winifred, Ogwen and Glyder returned from long exile in the USA where they had been resident since the quarry sold them in 1965 – Winifred to the Bala Lake Railway (where it has now steamed and looks superb in its original paintwork – http://bala-lake-railway.co.uk/news/default.html) and the other two to Beamish, where they have been on display since being unloaded from their shipping container.

Below: A reminder of Glyder and Ogwen’s arrival at Beamish on the 1st May 2012. 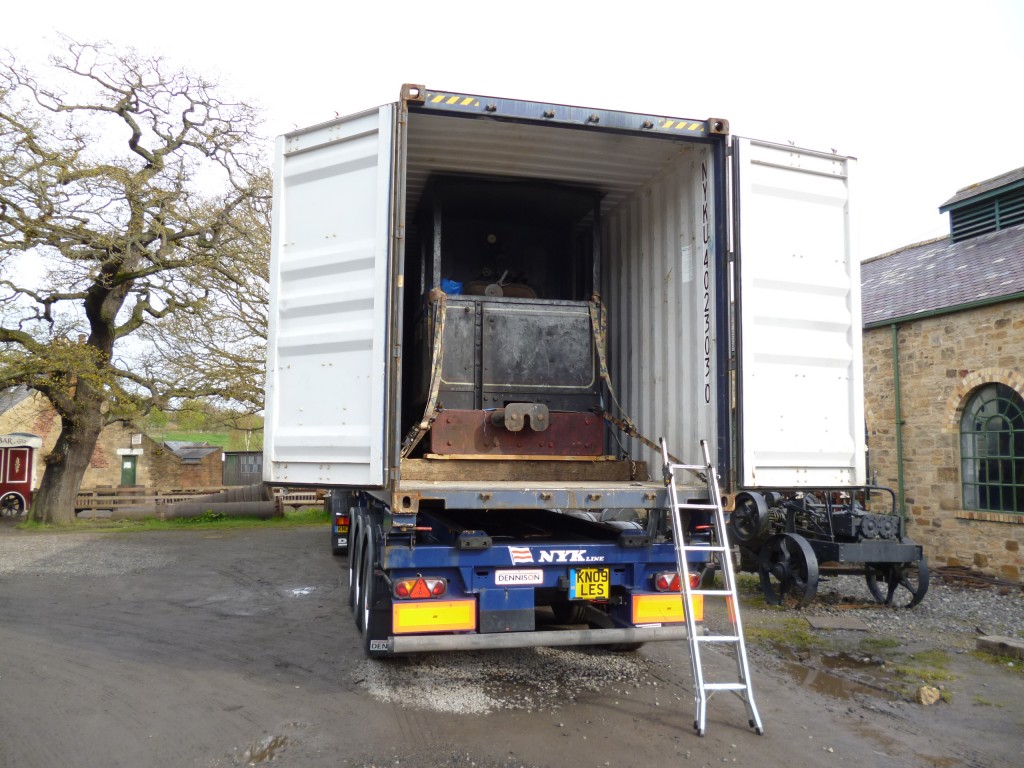 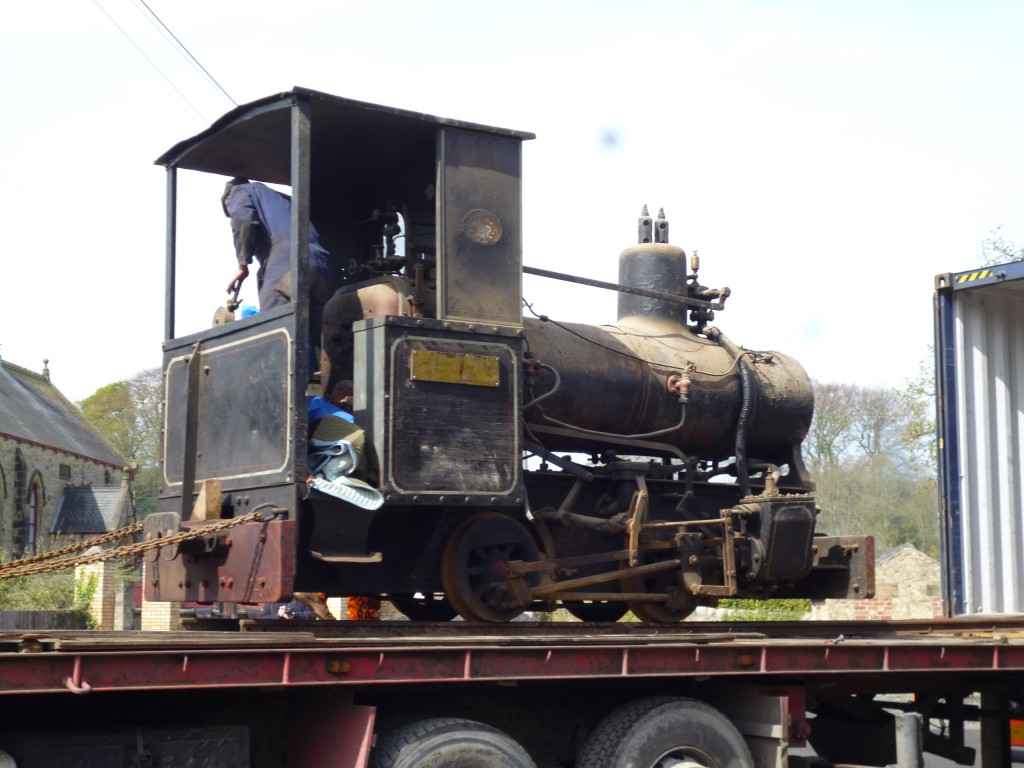 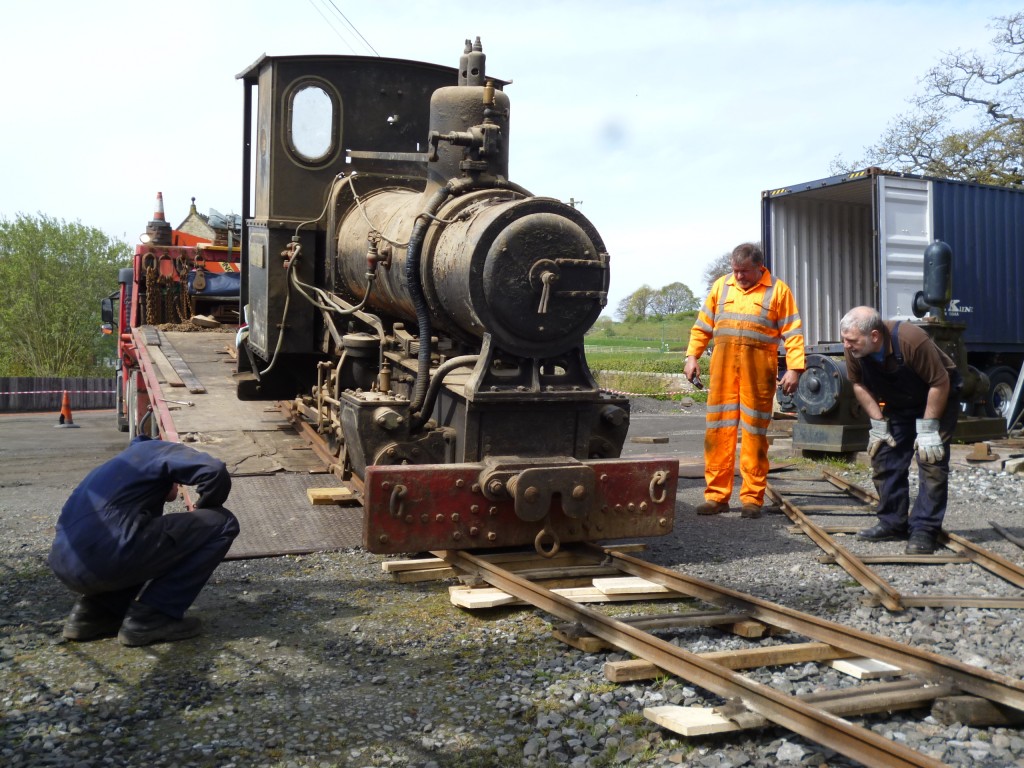 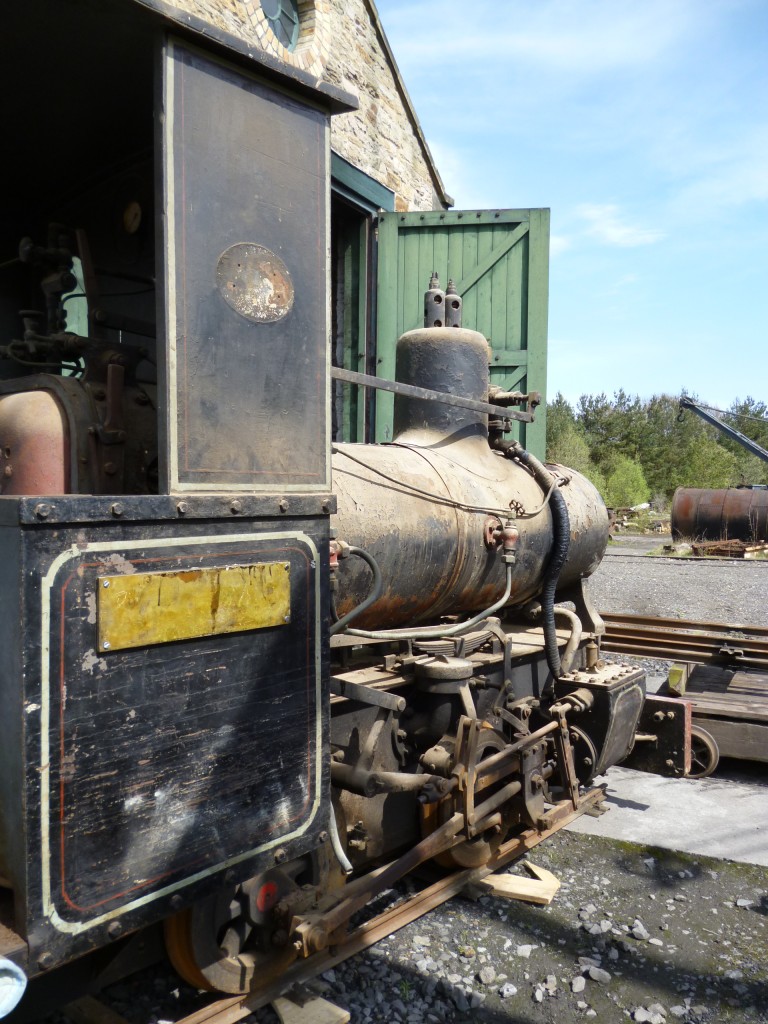 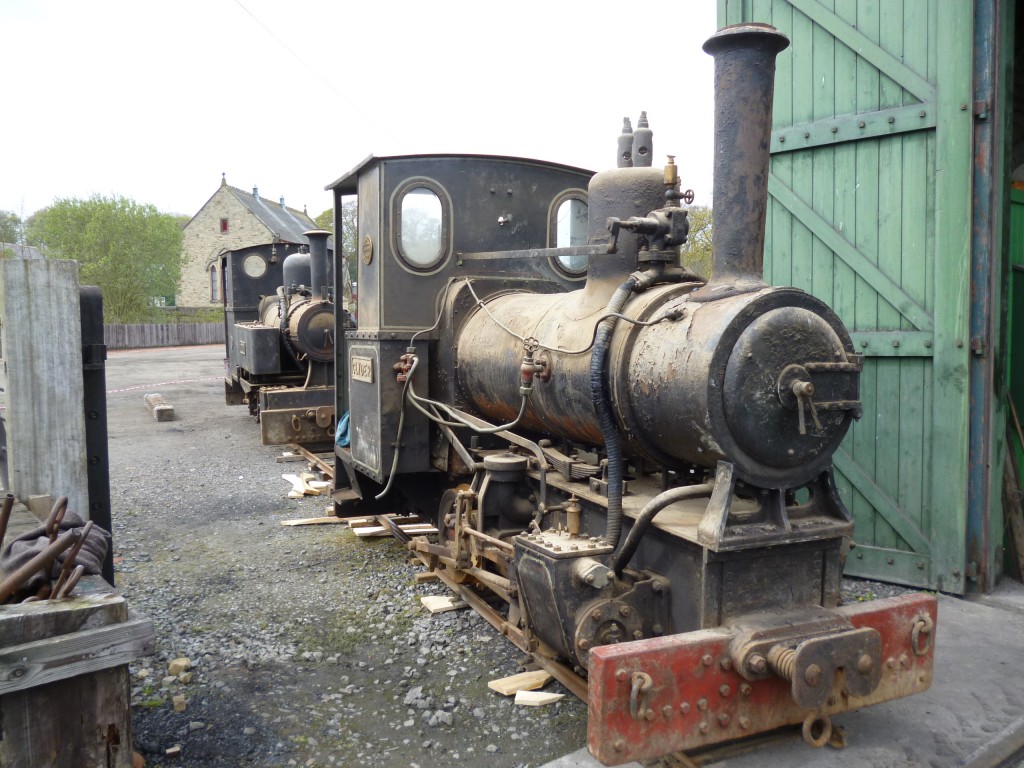 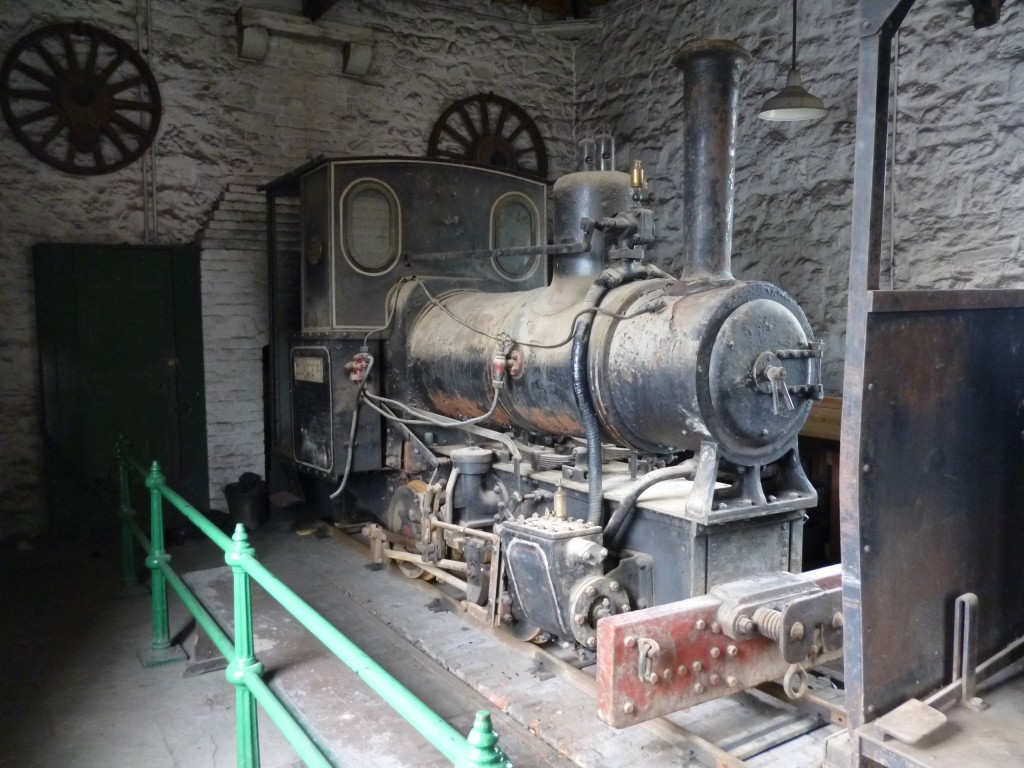 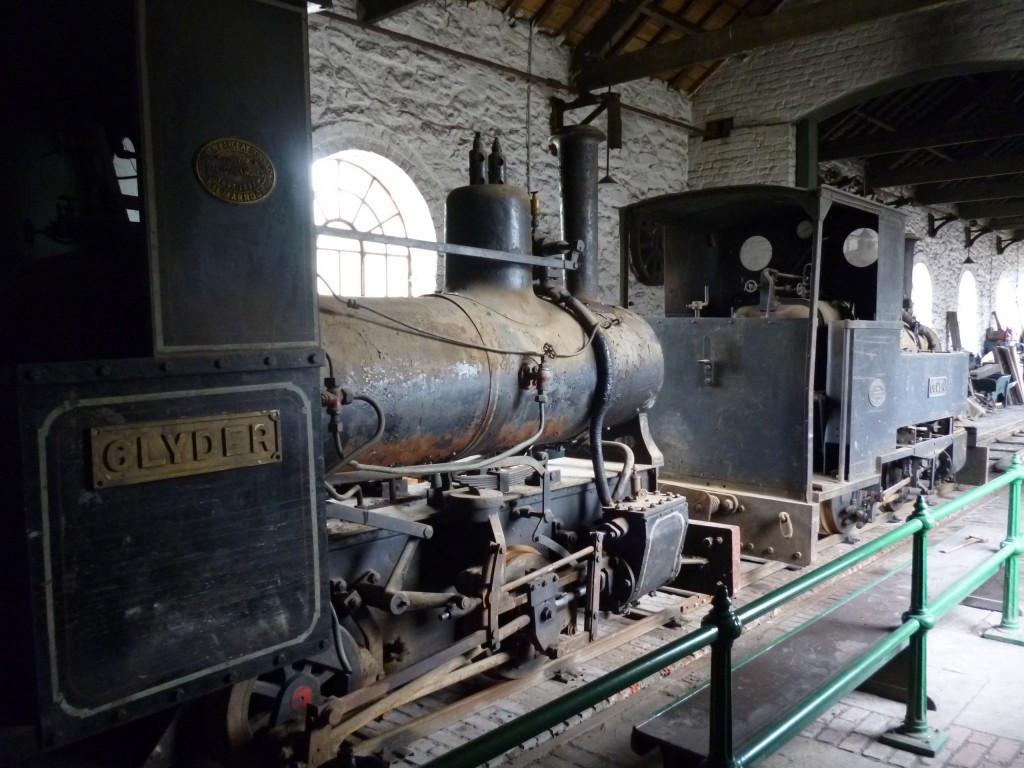 With the loan of the two engines, owned by Graham Morris and Martyn Ashworth respectively, coming due for renewal and the expectation of Ogwen moving on later this year for restoration by Martyn and his team of assistants, we began to discuss with Graham the future of Glyder.  We are now pleased to report that the loan of the loco has been extended and will include its re-commissioning into steaming condition.  I am careful not to say ‘restoration’ as the plan is to keep its external appearance exactly as it appears now, with some conservation of the paintwork to retain the patina.  The loco requires regauging to two-foot from the very near but not compatible Penrhyn gauge of 1ft 10 3/4 inches.  It was supplied new to the Durham County Water Board as a two-foot gauge locomotive so this work is readily achievable but requires the dismantling of the running gear to free the wheelsets.  Otherwise no other work on the mechanical components is planned as it will give the opportunity to see exactly how a Penrhyn loco worked as it will be just as it had been in 1965!  The boiler will be removed for inspection and overhaul as obviously this must be compliant with PSSR and our own SMS/insurers standards.  However, it was extensively rebuilt at Penrhyn, including a new firebox, and the loco saw little use there until 1952, so fingers crossed on that front!

Below: A key part of the engine’s re-commissioning is the retention of its workmanlike appearance – earned the hard way!  It was cosmetically attended to help its sale in 1965, and certainly the lining is very much brighter now than it appears below (taken in 1961) but as many of the scratches evident then are still evident now, I wonder if was fully repainted in 1965 or merely brightened up.  The photo below shows how Graham and ourselves would like it to look, following which it will operate on the narrow gauge line at Beamish offering footplate rides alongside Edward Sholto (and Samson if people have the time for some very slow runs!). 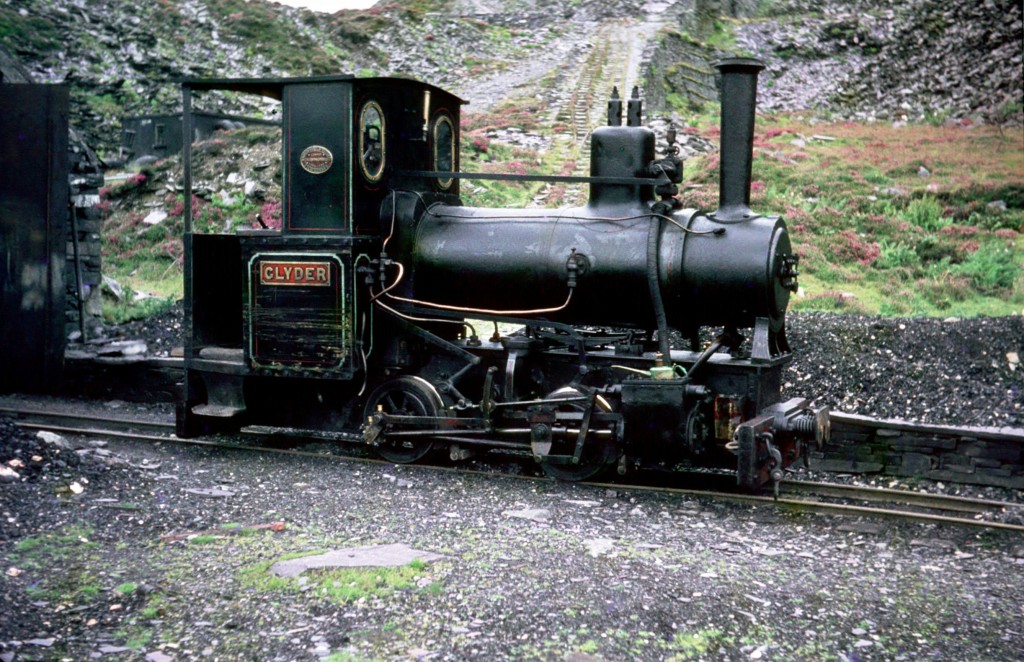 We anticipate starting work this summer, the Museum input being volunteer supplied via the narrow gauge group, and some contract support for work such as that required to re-gauge the wheelsets.  Graham will manage that part of the job.  No deadline for completion is being set but unless something major is found to be required, the work is limited mainly to that outlined above.  I also have a burning desire to re-unite as many former DCWB (Durham County Water Board) locos at Beamish as possible, in due course, the current UK quota being quite impressive:

It would also be nice to reunite Glyder with Winifred and Ogwen once they are all in steam once again.  So there is plenty of scope for future events, and of course as Gyder was supplied new to work in Durham, it seems appropriate to look forward to it steaming in the county once again.  Then it was named ‘Grey’, gaining its Welsh name when it arrived in Wales in 1938, having been supplied new to DCWB at Burnhope in 1931.  Costing £60 second hand, it was re-gauged in January 1939 having had a new firebox fitted in 1938, but was largely stored a Port Penrhyn until 1952 when it was commissioned, wearing its DCWB livery of grey.  It was repainted in 1957, and again (or in part) in 1965.  It was the last locomotive overhauled at the Penrhyn Quarry workshops at Coed-y-Parc.  We will have to crack on with some narrow gauge waggon restoration.