Below:  For the shunting, No.1 and No.18 were used – a chance to steam both of these ahead of the new season.  Both had a fitness to run examination on Thursday and were steamed on Friday, with No.1 again being steamed on Saturday.  A great deal of shovelling of ash featured during the day, this being conveyed in the Hodbarrow side tipper and used to dress the 15″ gauge railway. 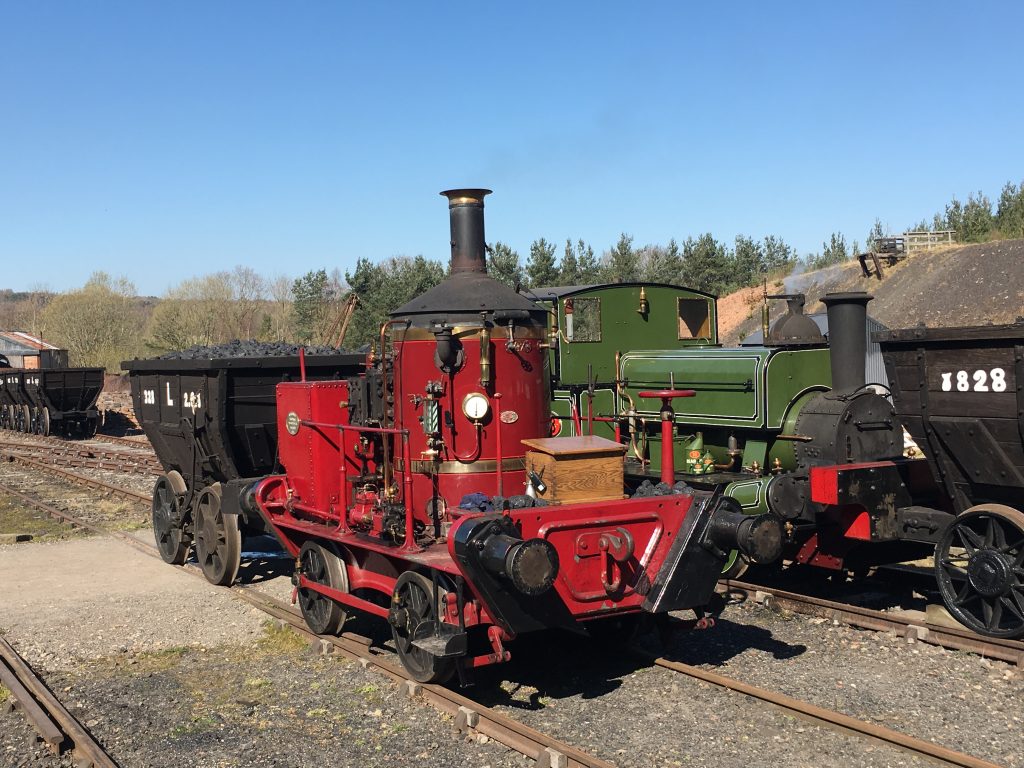 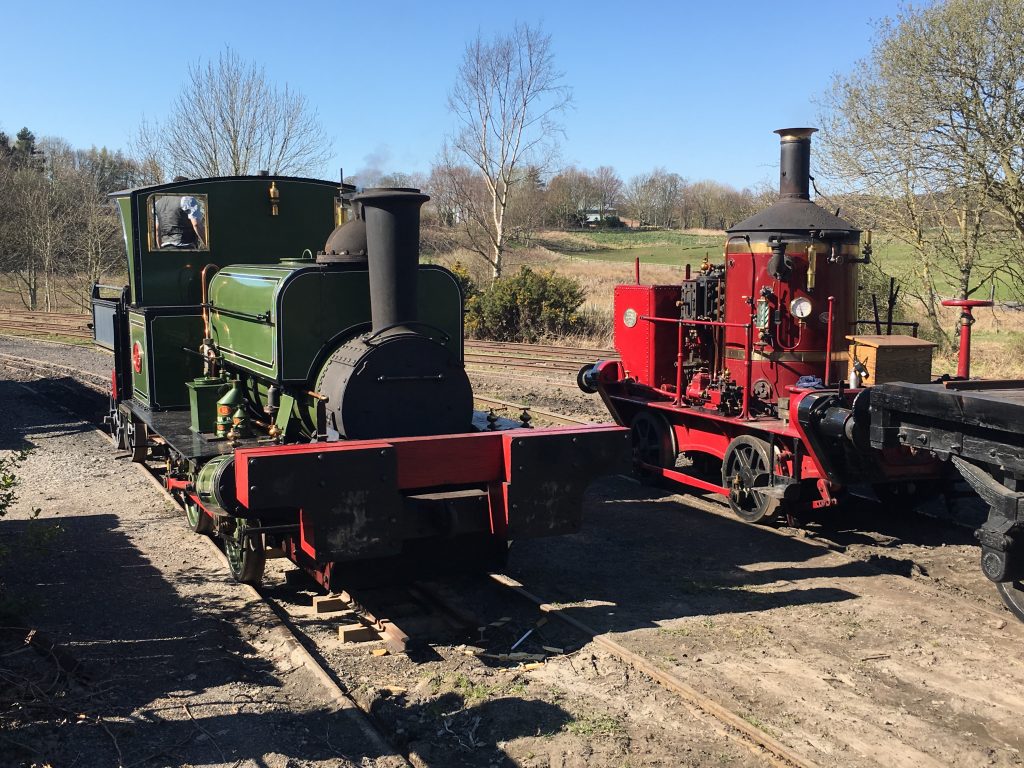 Below: Opportunity was also taken to test the new chaldron shed – with four waggons fitting snuggly inside, as seen below.  Precision is needed when shunting them into the building! 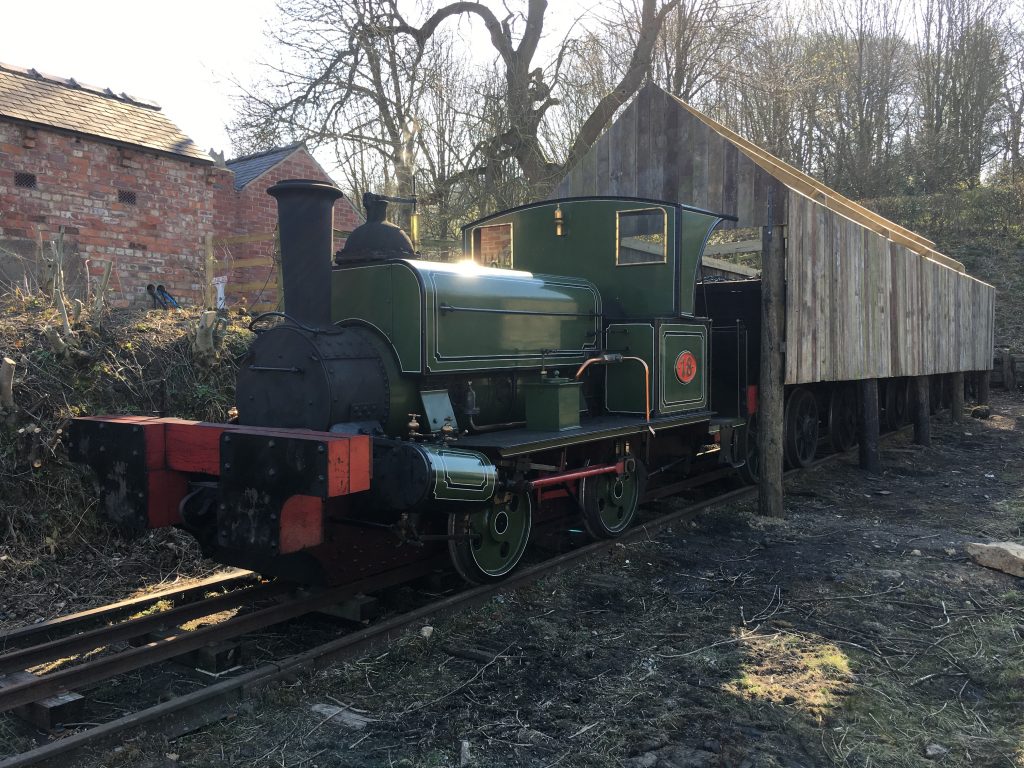 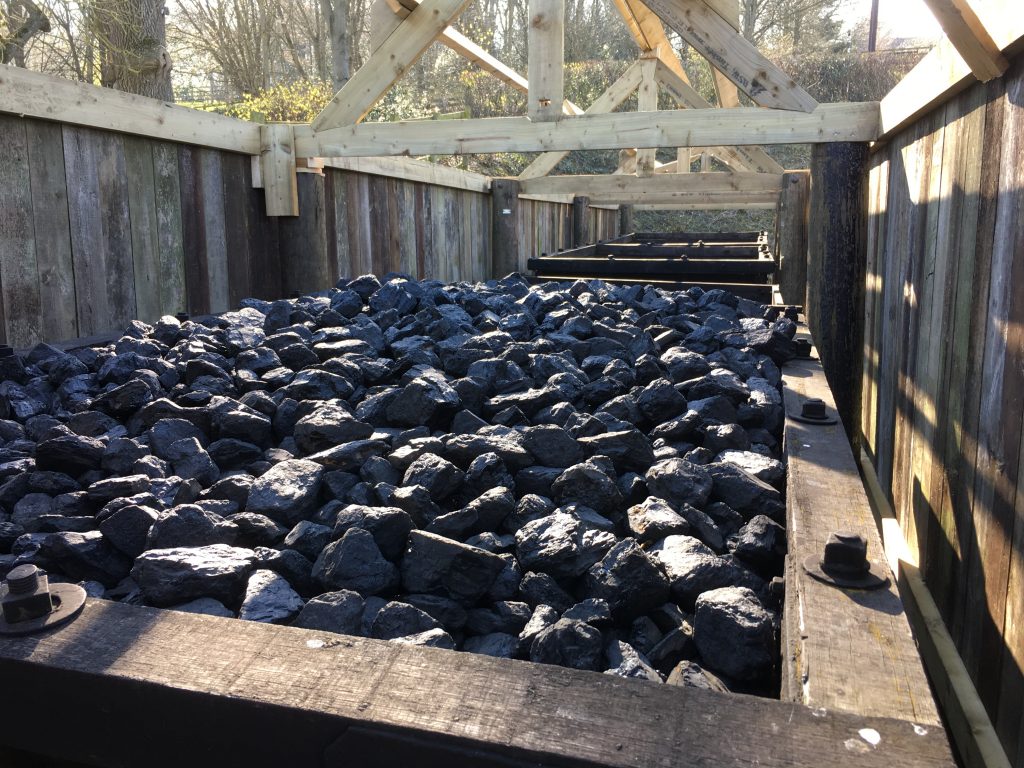 Below: The transporter waggon, styled on the examples used at Betchworth with Coffee Pot No.1, has had its first runs with the locomotive.  Two coal tubs and the tank waggon have been loaded aboard, which will provide coal and water supplies to the 15″ gauge locomotives during the steam fair. 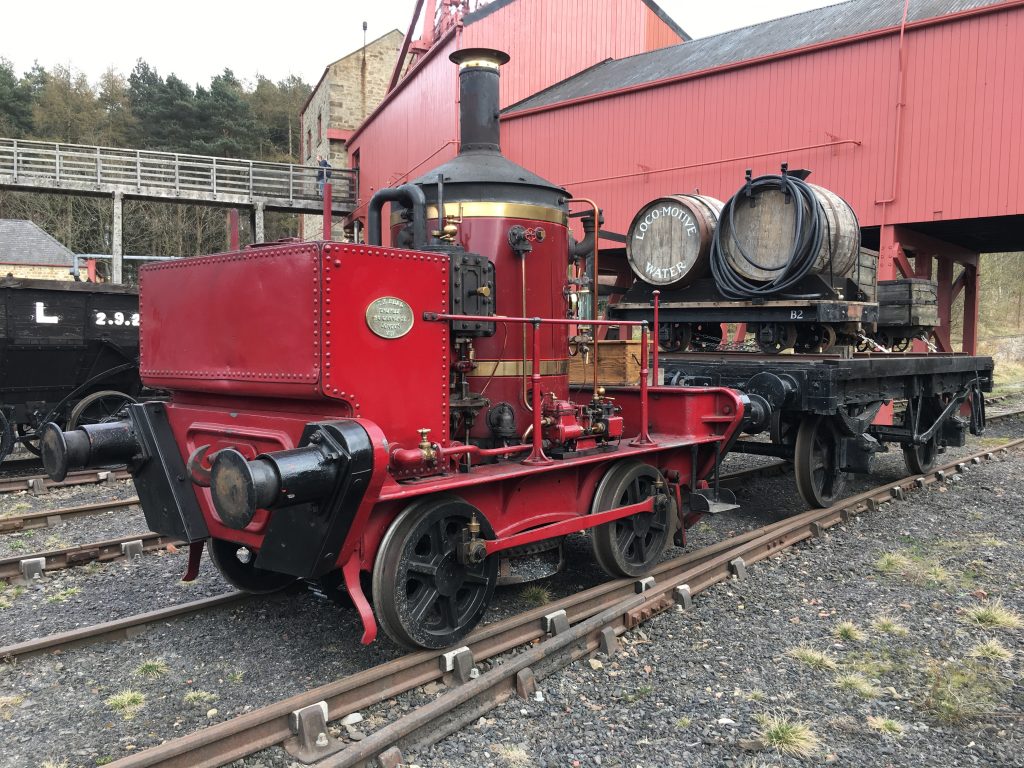 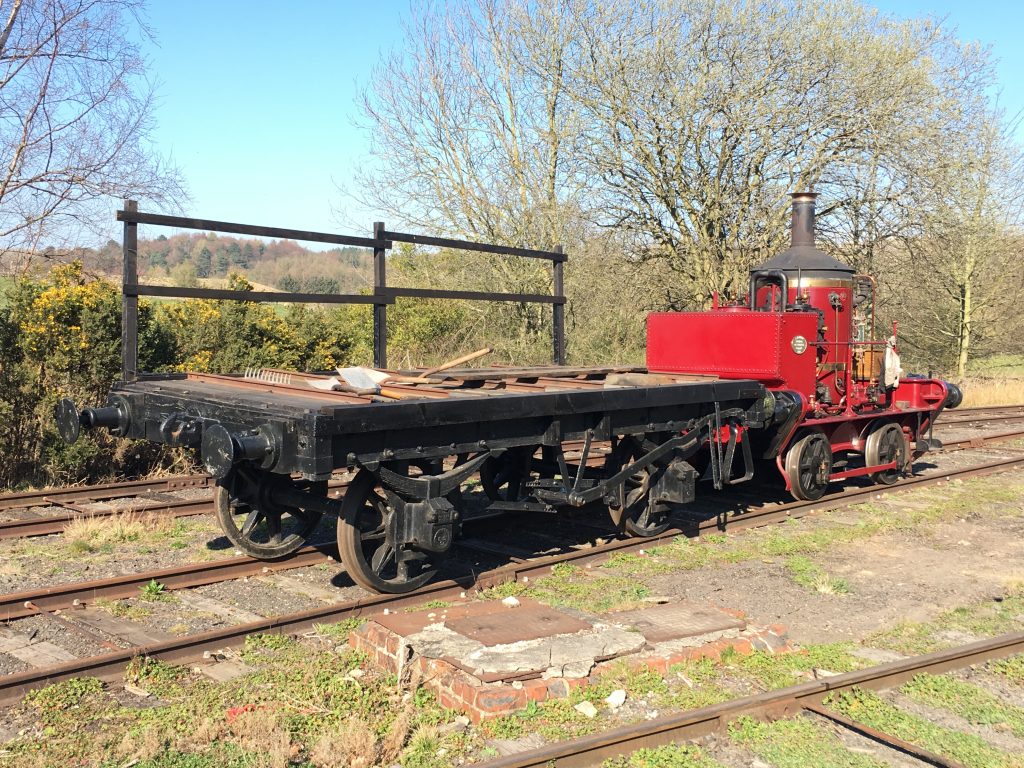 Below: The two locomotives bask in the sunshine outside the locomotive shed. 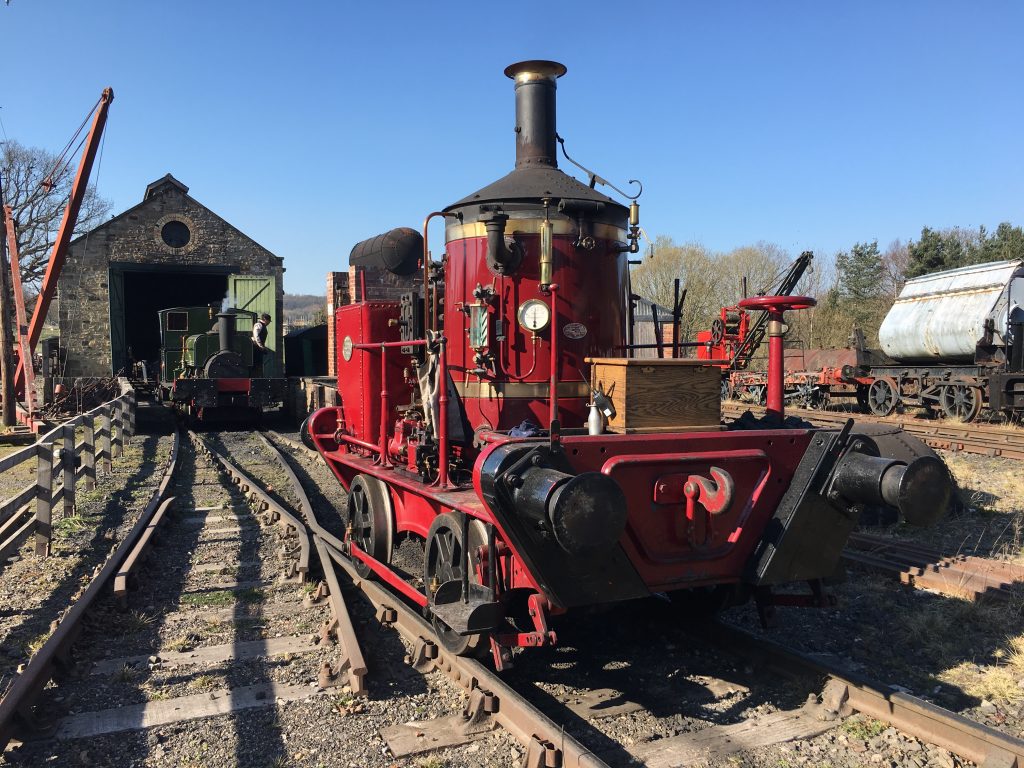 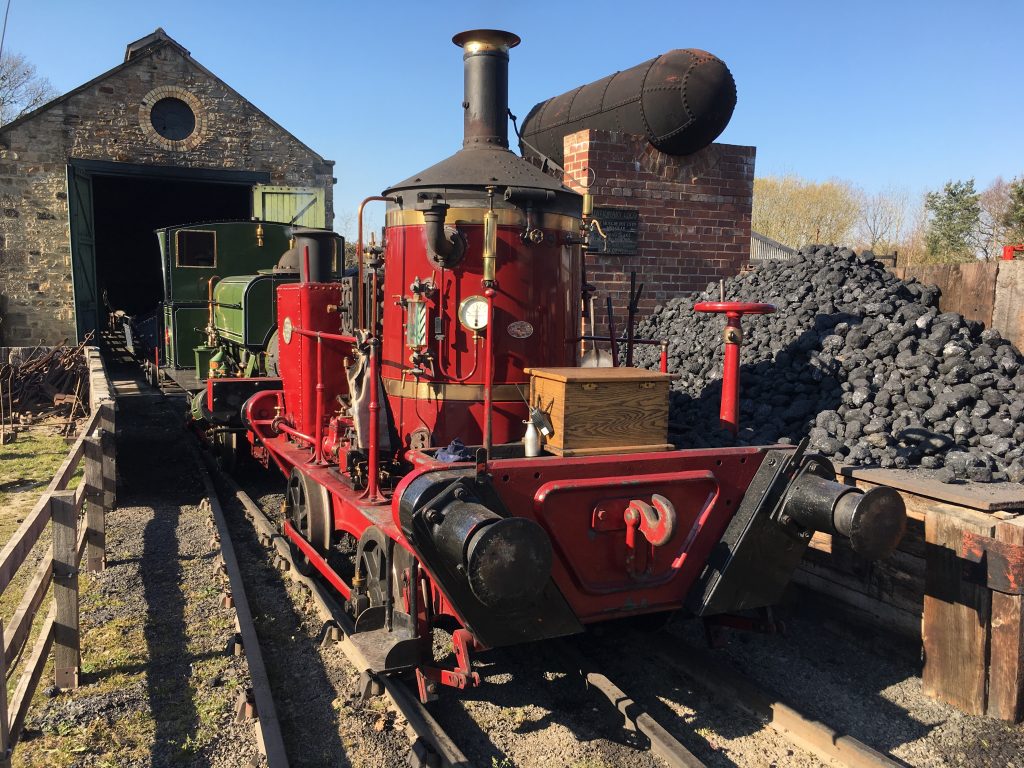 Below: On the narrow gauge, Saturday’s job was to empty the various storage sheds and place some of the rolling stock back onto the track where it had been stored in tents away from connected sidings.  Here the Simplex roars up the triangle with a lengthy set of waggons, some carrying detritus gathered for burning. 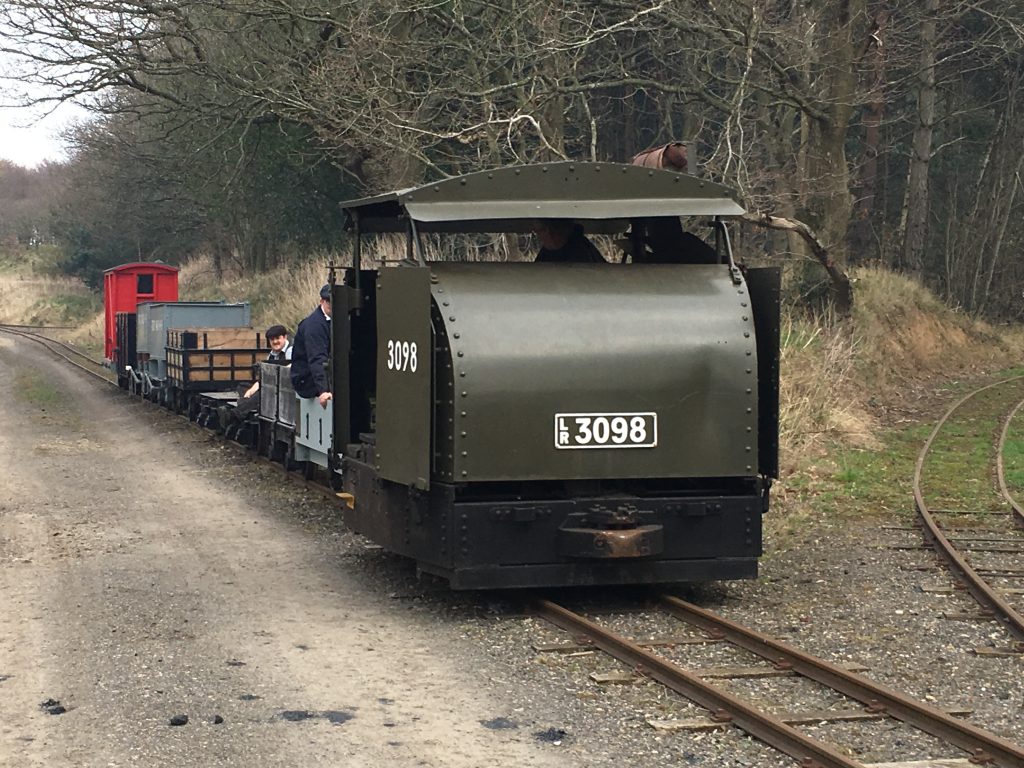 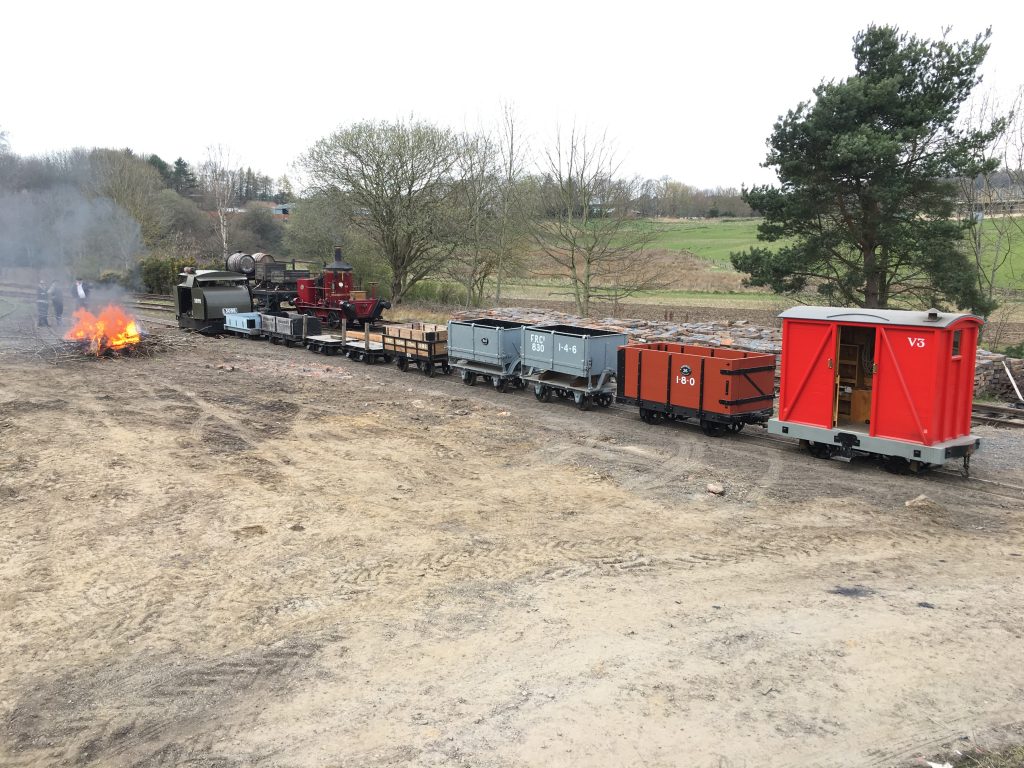 Monday has also seen the departure of the Hetton Lyon locomotive, which is returning to the National Railway Museum (its owners), whilst the Forcett Coach has returned to the Waggonway for display, following storage over the winter in the Regional Museum Store.