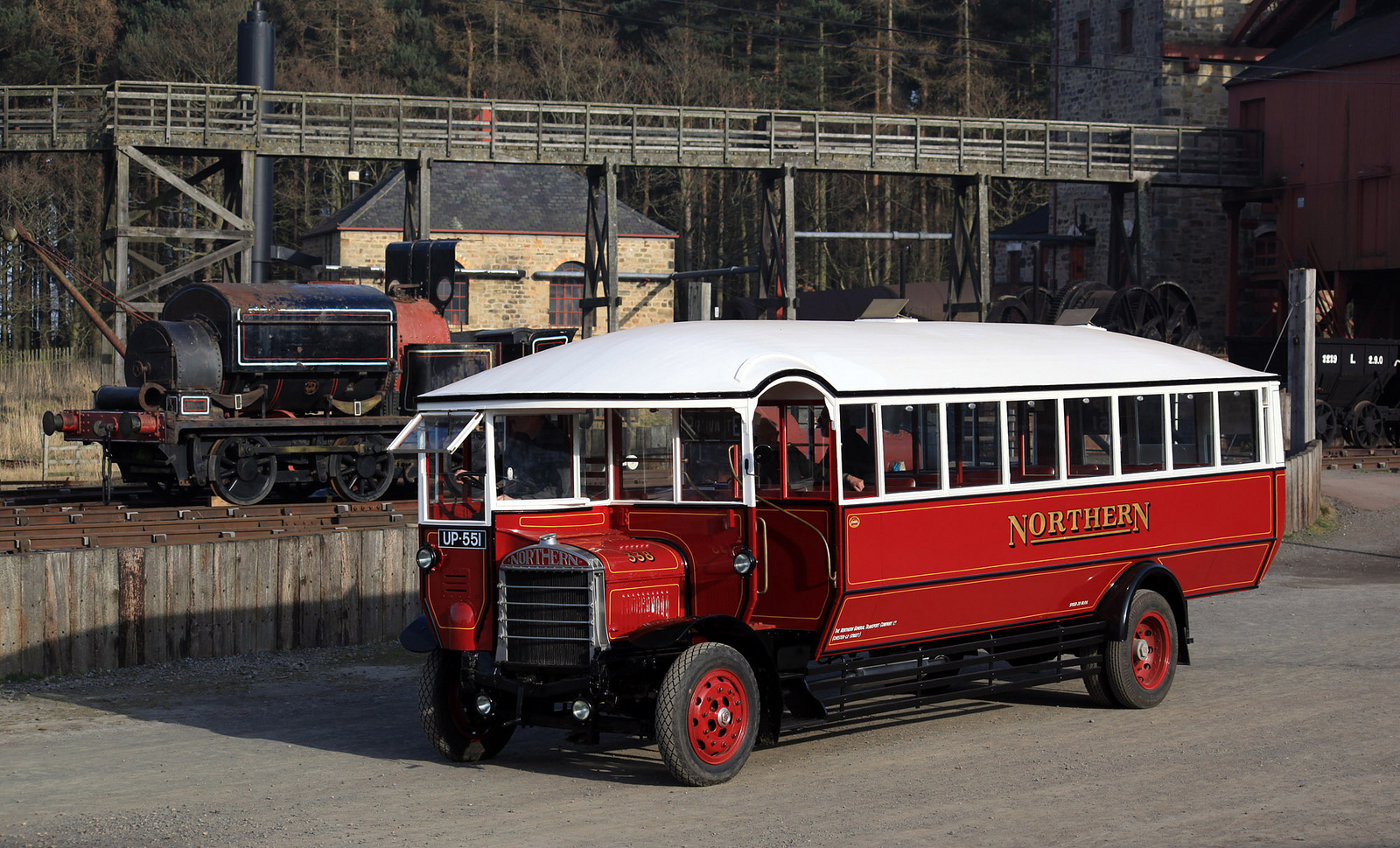 The 1928 Northern SOS bus has been painstakingly restored by the Friends of Beamish and will hopefully be out on site on a regular basis during events.

The bus is one of 65 QL type buses supplied to Northern General Transport. Ours worked right through until 1949, retired from Consett Depot and was used for some time as caravan at Bardon Mill.

It was rescued for spares in the early 70s by Robert Atkinson, and that’s when the restoration began in the late 1970s. It’s powered by a 4 1/4 litre side valve engine of SOS’s own design. Engine & gearbox have rebuilt, new radiator, and the bus was stripped down to its chassis before being rebuilt.

Nobody is certain what SOS stands for, but the theory is it stands for Shire’s Own Specification – possibly!