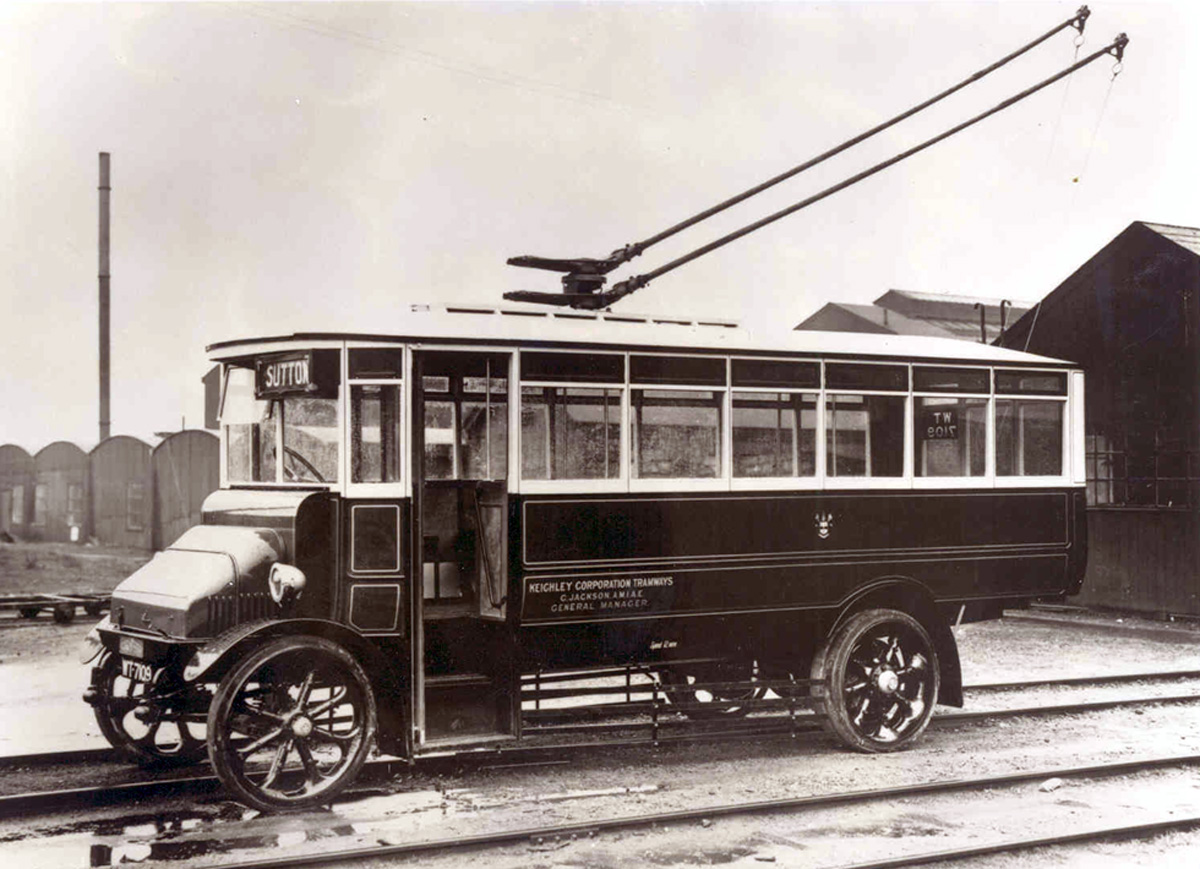 No. 12 (registered WT 7108) is one of four single deck trolleybuses purchased by Keighley Corporation in 1924 to replace its tramcars.  It comprises a 32 seat body built by Brush mounted on a Straker-Clough chassis with BTH electrical equipment and a BTH 247 40 HP motor.  Current collection is by means of a pair of trolley poles mounted on an Estler Co-axial trolley base – with the poles mounted one above the other.

Originally built with solid tyres, it was later fitted with pneumatics, although this probably represented the major modification during its short service life.  In 1931 Keighley Corporation relinquished control of its municipal transport to West Yorkshire, who very soon abandoned trolleybus operation.

Stripped of electrical equipment, No.12 found its way to Grassington, near Skipton, where it was adapted as a holiday home.  The body forward of the windscreen was cut away in order to graft on a kitchen / bathroom section, but the remainder was left more or less intact, apart from the erection of internal bulkheads and some built-in furniture.  The chassis was left virtually untouched.

In July 1988, Beamish acquired No.12 and transhipped it to the Museum.  Since then, all the alien internal material has been removed, exposing most of the original structure, which appears to be in reasonably sound condition.  When resources are available it is intended to restore it to running condition although, inevitably, it will not be possible to reproduce some of the original equipment.