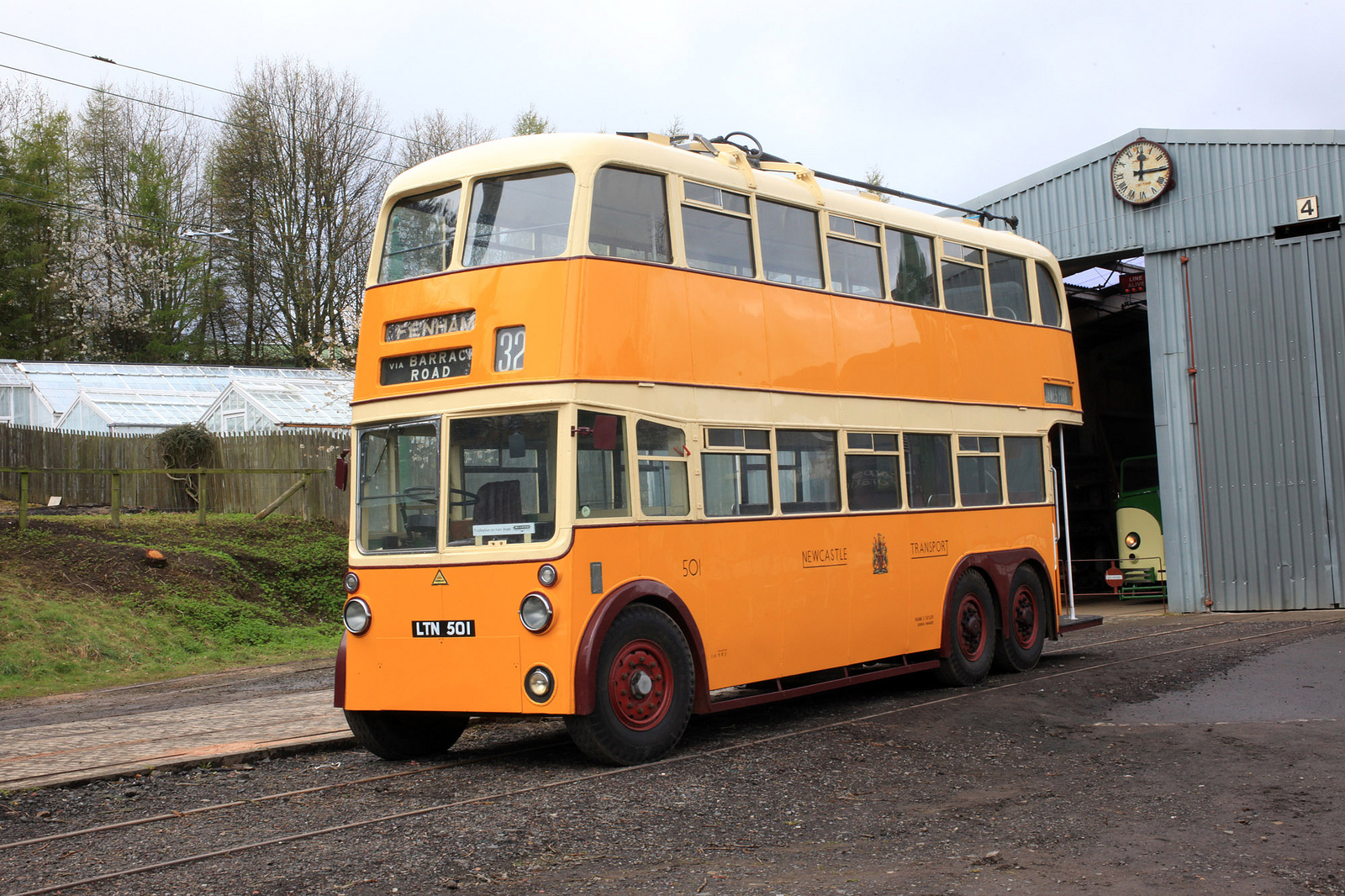 Newcastle Corporation Transport introduced trolleybus operation in October 1935 as part of its tramway replacement programme, and the fleet had grown to over 100 vehicles during the Second World War.  Between 1946 and 1949, in an ambitious modernisation effort, 186 new trolleybuses were ordered, both to replace the original fleet and to expand the system to its maximum extent of 37 route miles.

Six batches of trolleybuses were ordered, comprising 100 three-axle and 86 two-axle types.  Chassis were by B.U.T. and Sunbeam, electrical equipment from English Electric and Metropolitan-Vickers, and bodywork by Metro-Cammell and Northern Coach Builders.

501 is the only survivor of the batch of 30 Sunbeam S7 three-axle trolleybuses, and was delivered on 27 July 1948.  Of particular local interest is the timber-framed bodywork, which was constructed by Northern Coach Builders at their Claremont Road, Newcastle, works.  512 of the same batch was exhibited at the 1948 Commercial Motor Show.

Based at Byker Depot, 501 operated for 17 years on Newcastle’s heaviest cross-city services.  These trolleybuses were nick-named ‘Coffins’ by the crews, as they were six inches narrower than the more modern-looking eight-feet wide B.U.Ts.

Newcastle replaced its trolleybus services by motor buses in stages over the period 1963 to 1966.  As part of this programme, the ‘Coffins’ were withdrawn on 30 May 1965.  All were scrapped except 501, which was retained by Newcastle Museum of Science and Engineering and kept for some time at Byker Depot.  After spending some years at various storage sites, 501 arrived at Beamish in 1974.

Restoration work commenced by the Beamish Tramway Group, with generous assistance from the Friends of Beamish and other well-wishers.  This process occupied over twenty years, during which time the trolleybus would appear from time to time running on the short demonstration wiring, to the delight of those who remembered using it.

From 2005 501 has been on short-term loan to the Sandtoft Transport Centre, near Doncaster, where it operates on a number of summer season public open days, including North-East Weekends and Six-wheeler Weekends.