Over the weekend Beamish held a very successful Halloween event, which also included a number of ‘evil engines’ sat in the street – this proved very effective under the street lights and the occasional blast on their whistles put some of the crowds on edge as they arrived!
The engines used included Fowler T3 ‘Fiddler’, Michael Davison’s Marshall ‘Mary Maragaret’, Mark Sutherland’s Wallis ‘Greenwell’ and Guy Rutter’s newly restored Wallis Advance roller. Despite appalling weather on Sunday, all four engines were in action around the museum site and below is a selection of photos of three of them.
Some or all will probably be in action this weekend coming before Marks engine returns home for winter storage. The other three will be joined by Guy’s Fowler roller ‘Rambler’ and a series of winter steamings in conjunction with the museum’s Christmas activities is planned – the advantage of keeping the engines in a heated building being readily apparent!

Below: The sun burst out on Sunday evening as the engines rested in the town street – Greenwell and Mary Margaret are seen here. 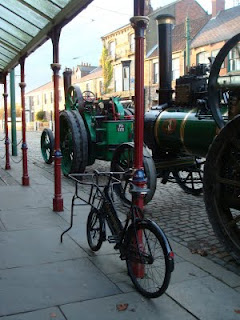 Below: A closer view of Greenwell. 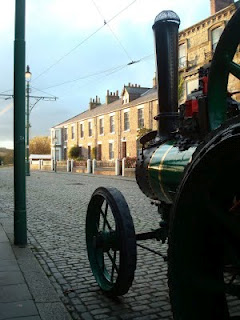 Below: A rare glimpse of the sunshine – the colour of the sky says it all though! 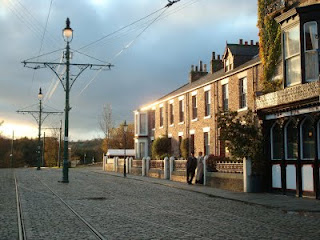 Below: There is a fortuitous space alongside the COOP building that allows engines to park and trams to still pass at this point – at one point all four engines were parked here, somewhat outnumbering the visitors who were braving the weather! 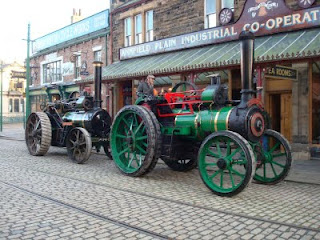 Below: Mary Margaret at rest. 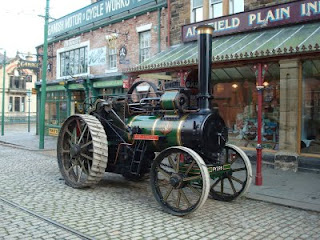 Below: Guy’s Wallis heads for the sheds after a proving run – only its third day in traffic. 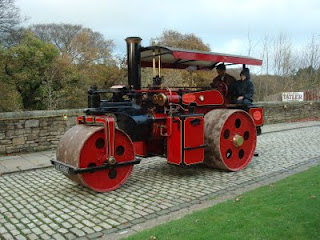 Below: Another view of the Wallis. 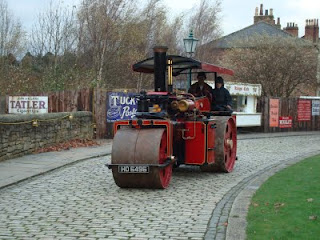