So, the Great North Steam Fair is but 9 weeks or so away and as ever, the pages of this blog will record just some of what can be expected and then the gallery section will record the event through the eyes of various photographers.  We start the week with our first announcement, the confirmed appearance of the National Trust’s FR/WHR based ‘Quarry Hunslet’ Hugh Napier…

Built in 1904 by Hunslets (works N°855) Hugh Napier was delivered new to Penrhyn Quarries. The locomotive was named after Hugh Napier Douglas Pennant who inherited the Penrhyn estate and  title on his father’s death in 1927. When the quarry closed Iorwerth Jones, at the time employed in the quarries was able to arrange the locomotive’s transfer to the Penrhyn Castle Museum, where he subsequently worked as Curator/Engineer. The loco arrived at Penrhyn castle in 1966. Restoration of the locomotive started in 1969 lead by Mr Jones with assistance from Bangor University students. By the mid 1990’s the restoration was largely complete excepting the boiler. The locomotive was moved to the Ffestiniog and Welsh Highland Railway’s Boston Lodge works in 2011 where the restoration was completed by Andrew Foulds and Jo Clulow, with the locomotive entering into traffic in May 2012. The locomotive has since been a regular performer on the FR and has travelled the country as an ambassador for the Ffestiniog and Welsh Highland Railways and the National Trust. We look forward to welcoming the locomotive at Beamish in April where it compares directly with resident Quarry Hunslet ‘Edward Sholto’ – both being of the ‘large’ class.

Thanks are due both to the Ffestiniog and Welsh Highland Railways  and the National Trust for allowing this visit to take place.

Below: Hugh Napier is seen in steam at Boston Lodge in May 2012 (while Sarah and I were on honeymoon!).  The stunning finish is readily apparent. By my reckoning this will be the 43rd locomotive to visit Beamish (Portbury will be 42 when it arrives next week). 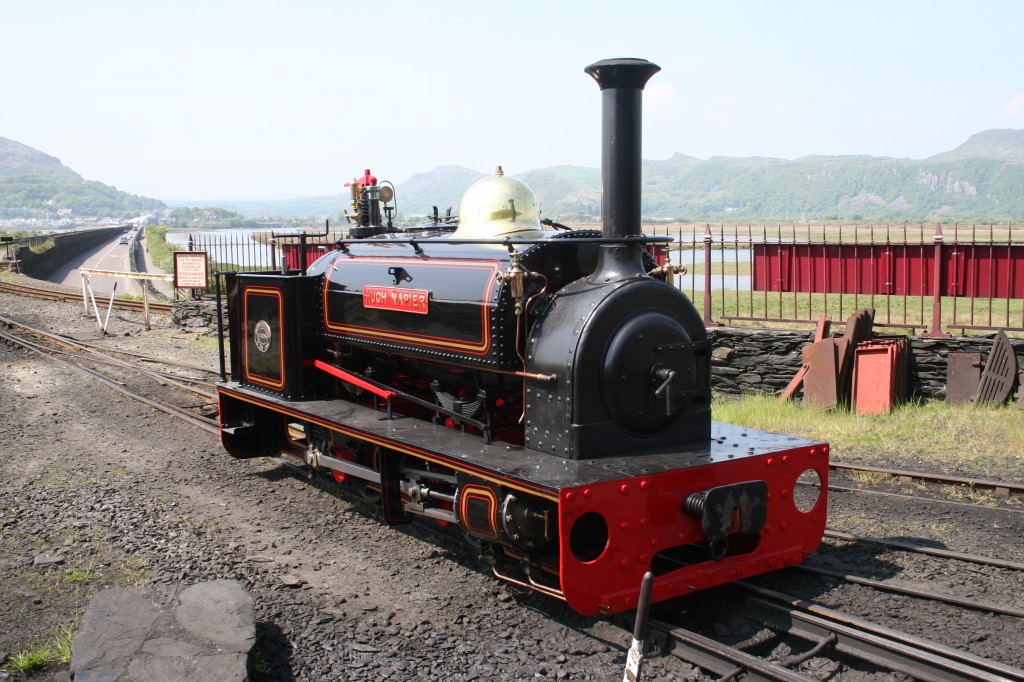 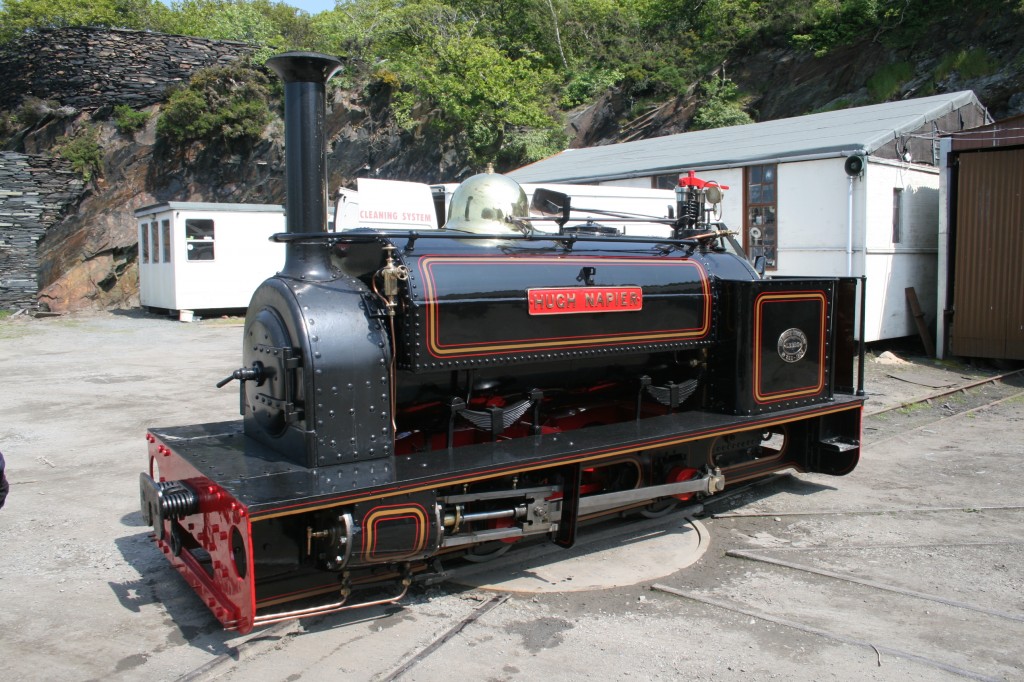 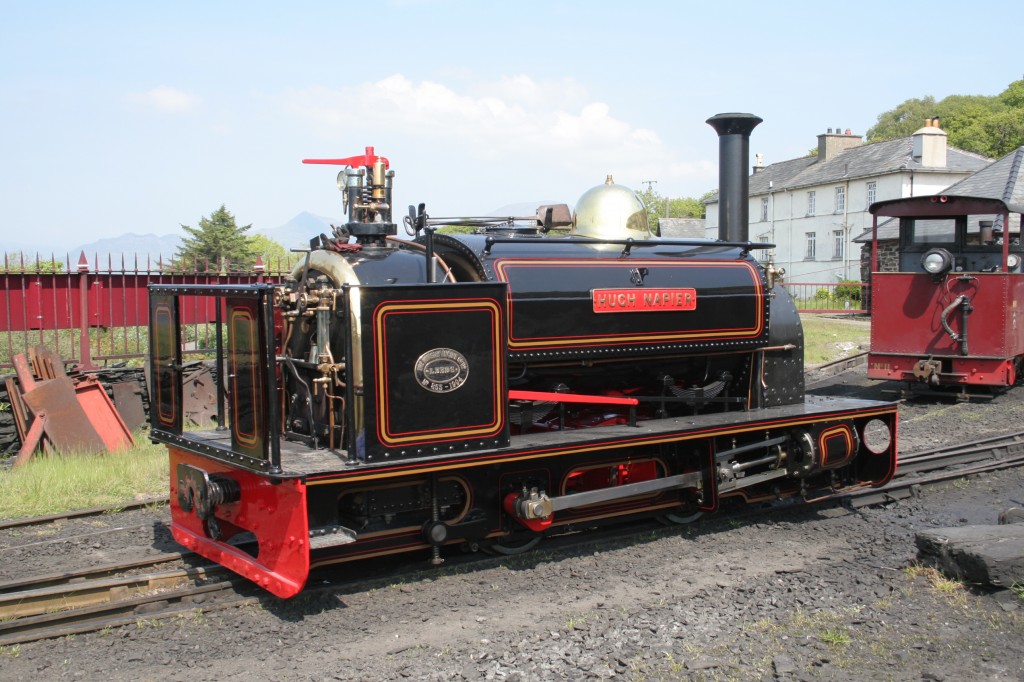 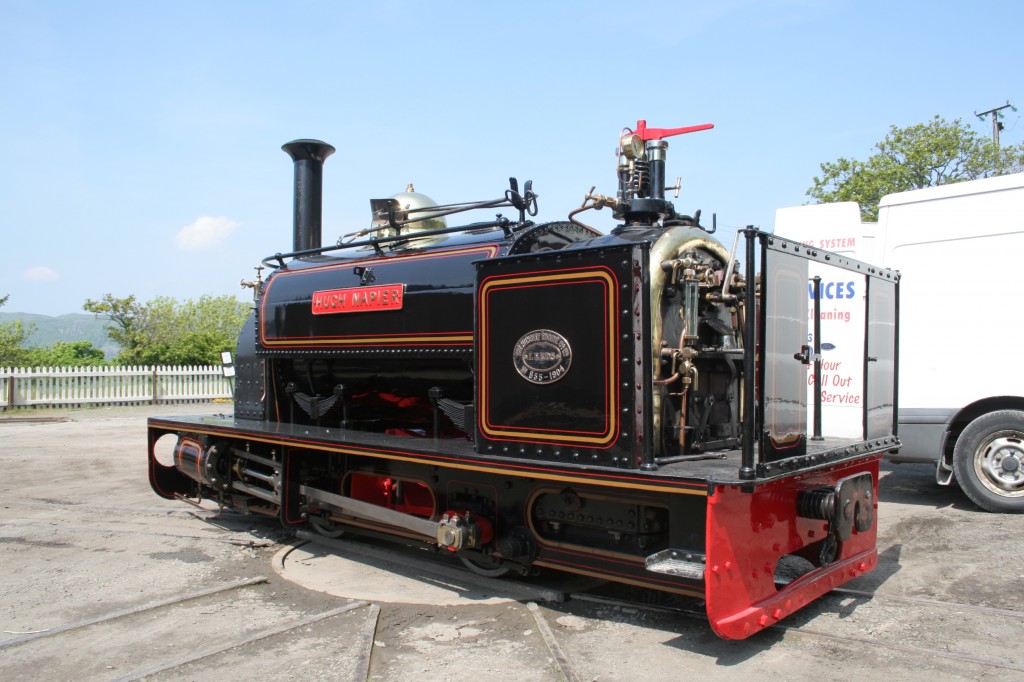 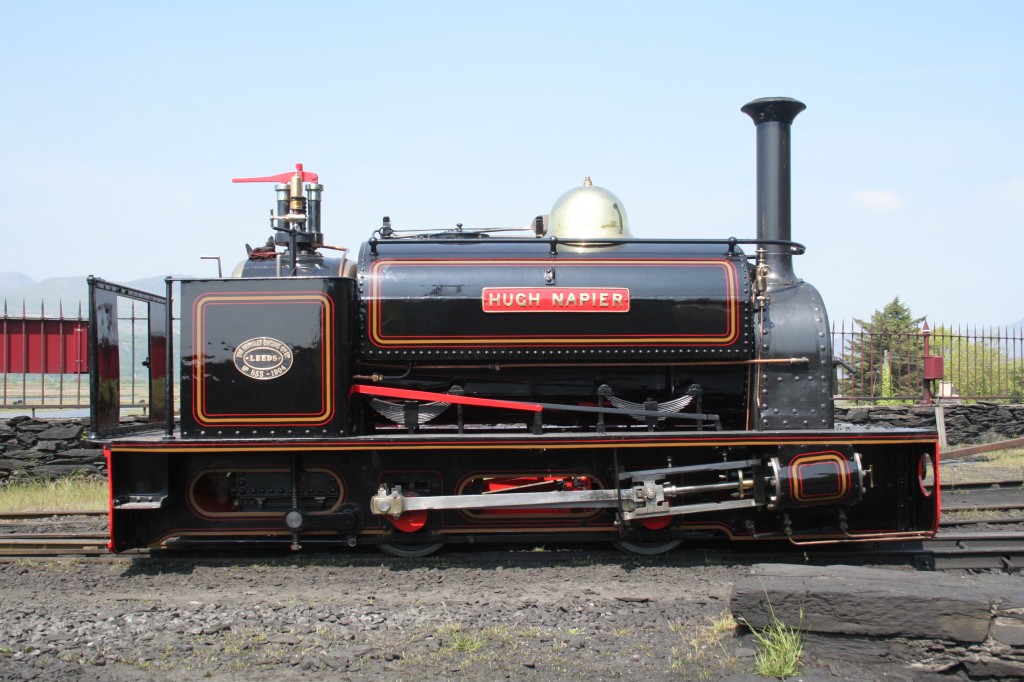