Today marks the 106th anniversary of the West Stanley Colliery Explosion. The event was the most deadly single explosion in the County, resulting in the deaths of 168 men and boys. 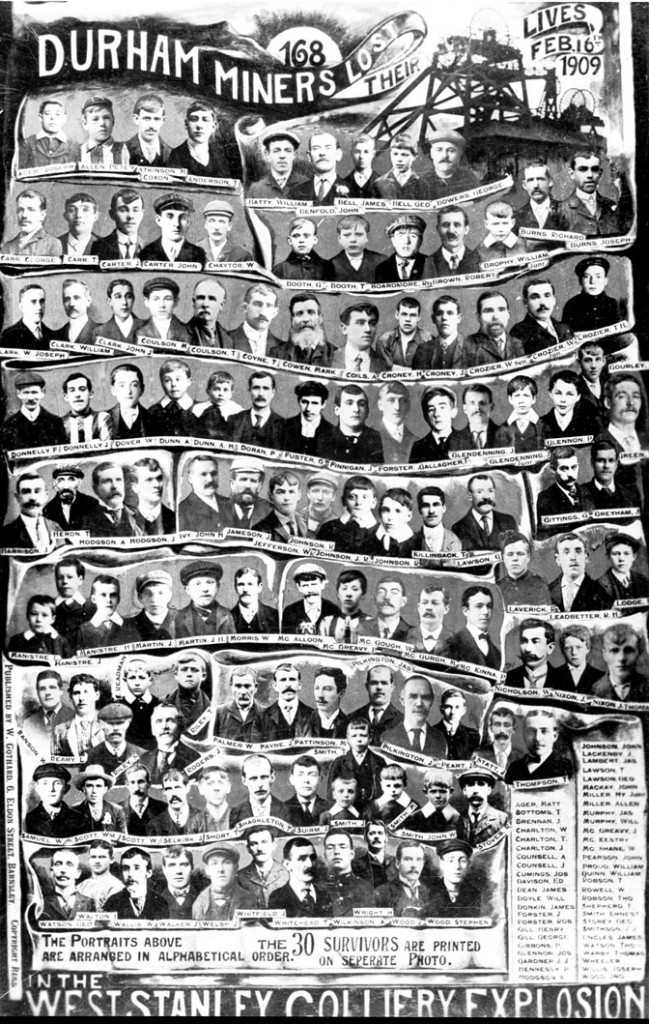 The 1909 explosion had by no means been the first incident at West Stanley Colliery, also known as the Burns Pit. In 1882 and explosion took place which claimed the lives of 13 men and boys and 18 horses and ponies.

The Pit had a reputation for being dangerous and gassy. It was eventually this gas that fuelled the explosion of 1909.

As a result of this huge loss of life many families were left without the bread winner and funerals, or multiple funerals to pay for. It was estimated, at the time, that there were in the region of 300 dependants left without support. In just one street, of 12 houses, there were 17 victims! 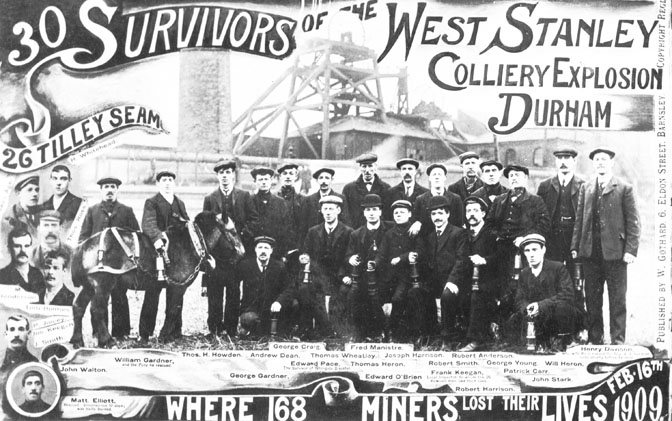 There was a huge outpouring of public sympathy, which resulted in a relief fund being established. This fund eventually raised £17000. The majority of this came from small public donations. Some even collected by a pit pony – called Paddy – pulling a coal tub through the streets to allow people to through their pennies into the tub. Some larger donations were received from Mr Burns, the Colliery Owner, who donated £1000 and the Shafto family, of Beamish Hall, donating £25. 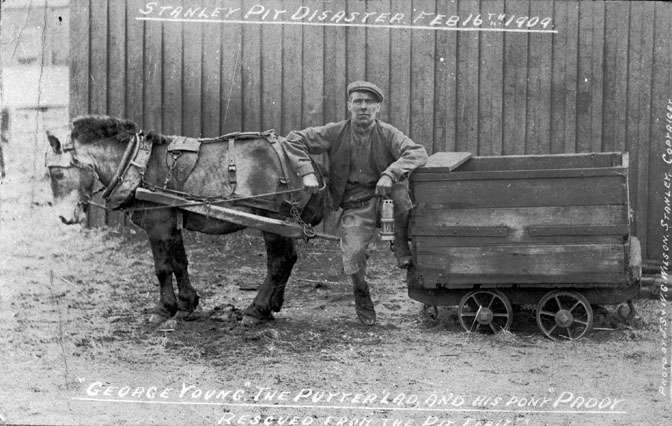 Other monies were raised by selling postcards, poems, memorial booklets and cards. One of the more interesting items sold to raise funds were Disaster Glasses.

The tradition of engraving commemorative glasses to mark the deaths of miners seems to have been one peculiar to the Durham and Northumberland Coal Field. Beamish has developed one of the most comprehensive collections of this glassware, which varies from small sherry glasses to large water jugs. 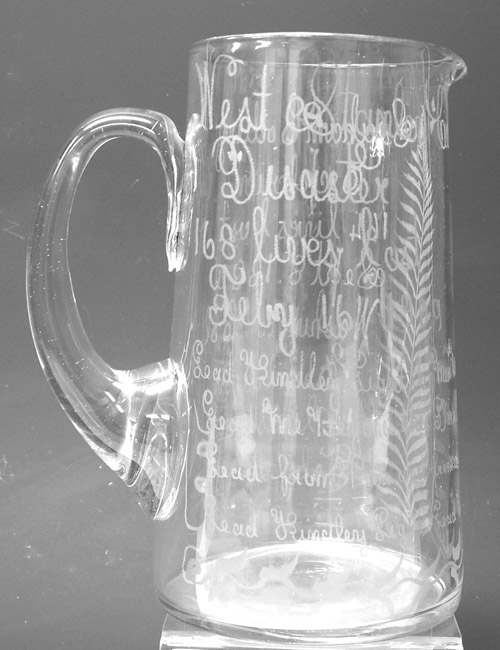 Following Dr Cowan’s wishes the catalogue will be maintained at the museum as a living document. If any, currently unknown, glasses are found they will be added to the catalogue.

Dr Cowan’s fascinating work has been made available on this site by clicking on the picture below.