News from the Fairground 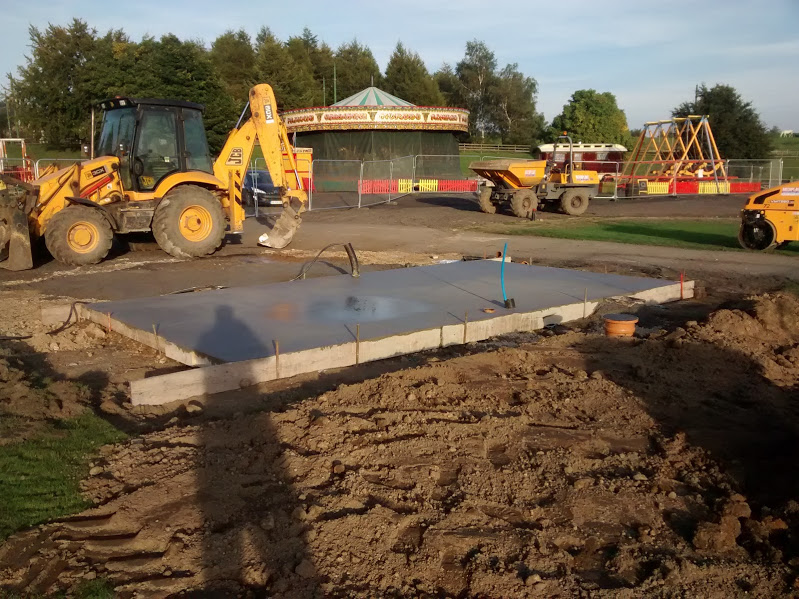 Over past winters the Ice Rink has been a regular feature, between November and February, in the Pit Village. However, this winter we are having a little change. This November will not see the usual move of the Steam Gallopers to the Waggonway as it will be staying at the Fairground for the Christmas period.

To accompany the Gallopers the Ice Rink will become a major feature of the area. Along with these there will be traditional Christmas markets stalls, food stall and a drinks stall supplying some festive cheer! 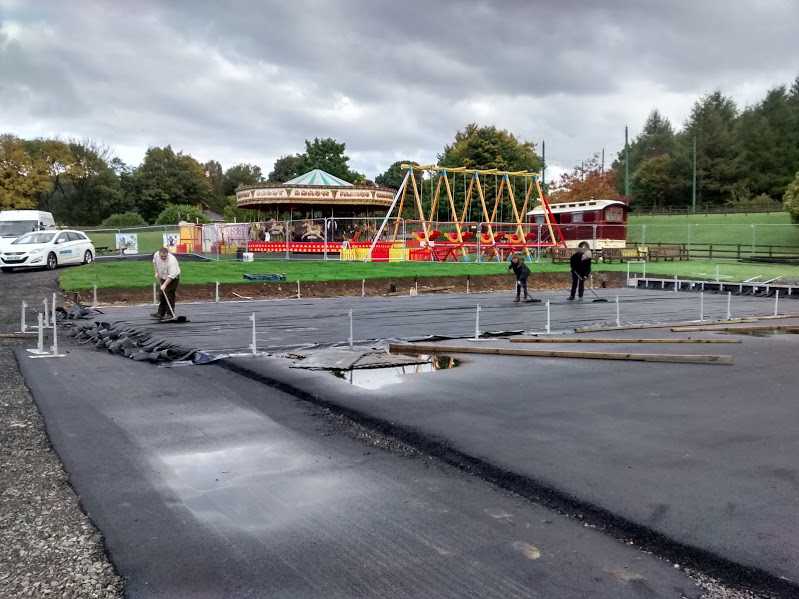 Starting construction on the Ice Rink

For this new venture there will be a name change too. Instead of Fun Fair it will be a Frost Fair, with guaranteed ice. The Frost Fair name is taken from the gatherings which took place on frozen rivers, during the early 1800s. The most well-known of these being on the River Thames, although the Tyne did freeze-over, enough to skate on, at least once during this period.

These Fairs were soon recognised as an opportunity for local business people, with Swing Boats, Hogg Roast, Chestnut Sellers and traders all selling their wears from the ice. Although our stalls won’t be on ice they will be next to it.

In order to make these changes possible a considerable amount of preparation work has been needed. As you would expect the Ice Rink requires a perfectly level base. This alone has resulted in excavation and consolidation of a 25x25m base, to house the rink, ice skate hire hut and chillier unit.

During the ground works we have also taken the opportunity to install a considerable amount of ducting across the Fairground field. This will enable us to supply power and light to stalls, fairground rides Christmas trees.

Another new, and very welcome, feature of the Fairground is toilet block. Previously mentioned by Paul, the block is based on the 00 scale Wills toilet block kit. This was prefabricated in the RHEC resulting in a completed shell appearing in less than two days. The roof is felted but will receive a second layer of tin sheet and several coats of paint. 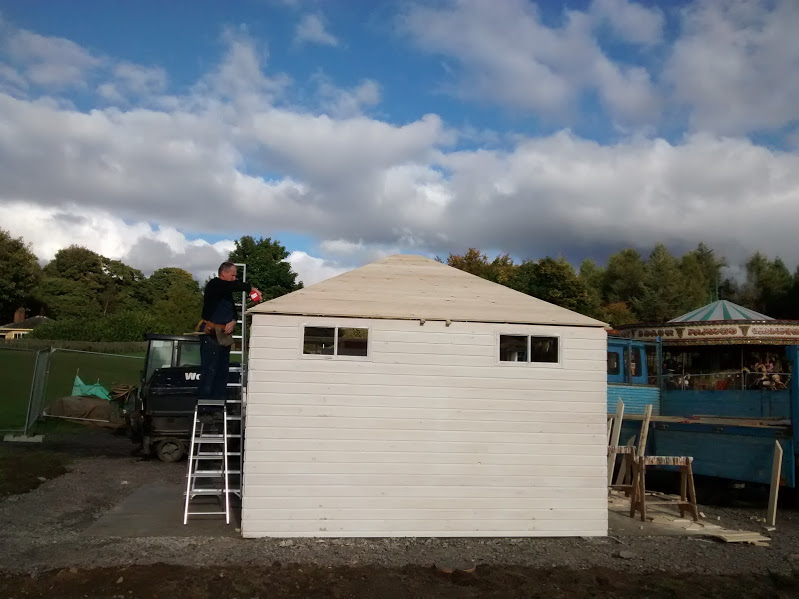 The culmination all of these developments will be opening weekend of our Christmas event, on Saturday 14th November,  so why not come along and try out your ice skating skills. 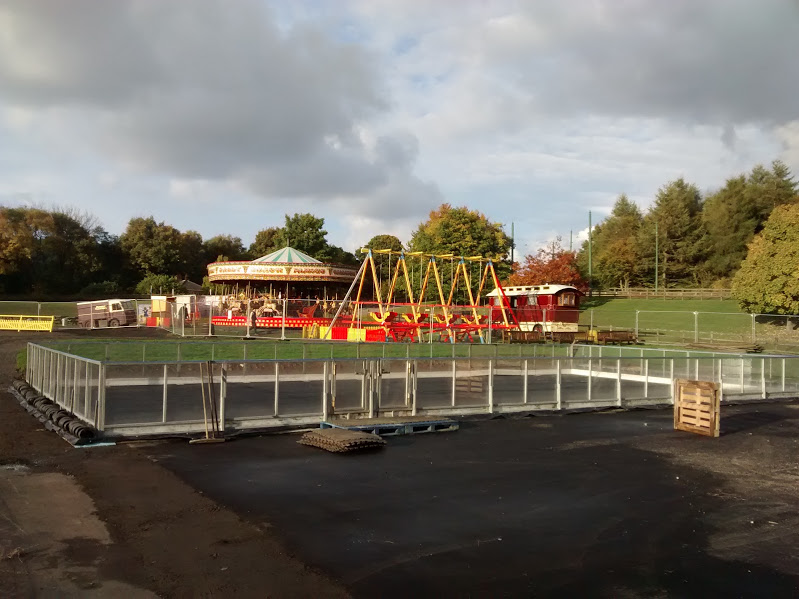 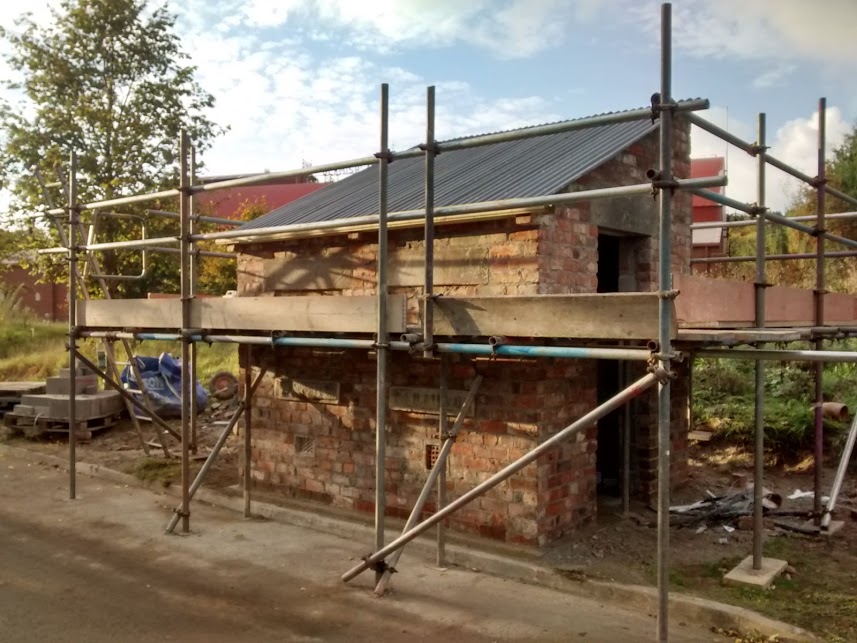 Substation to supply the power to the Ice Rink 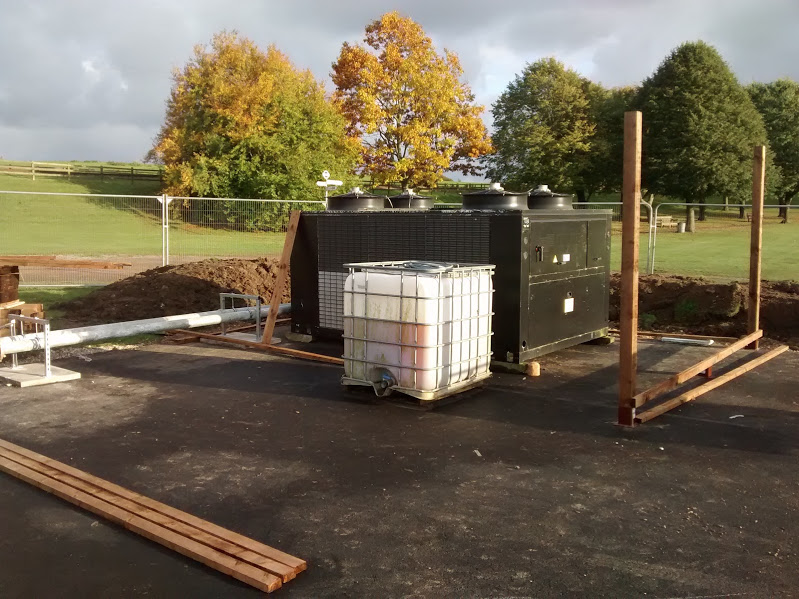 The Ice Rink Chiller Unit, which will be disguised with some fencing. 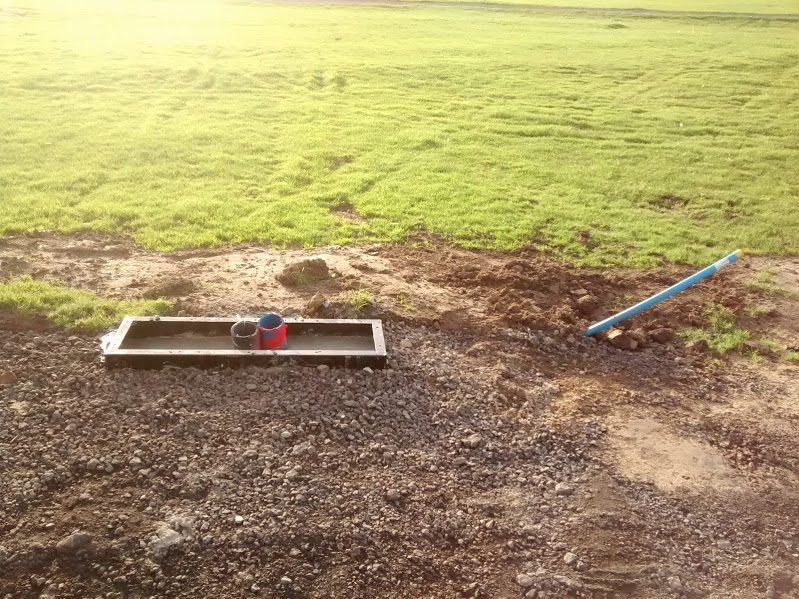 Ducting has been installed to carry water, electricity, data and telecoms 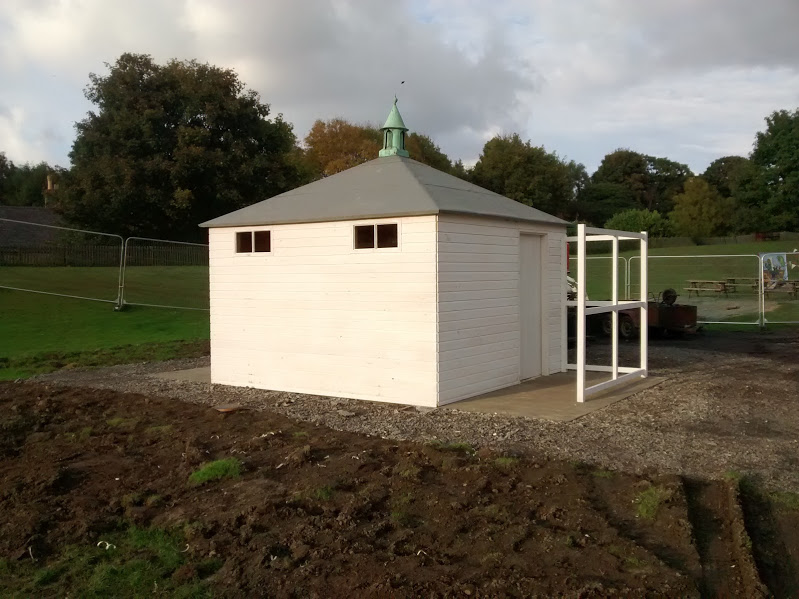 Toilet block almost complete with roof vent and wings, which will be clad to protect modesty