Here is a joint announcement between Beamish Museum and the National Tramway Museum, that will be of interest to regular visitors and tramway enthusiasts alike.

The following press release is from the National Tramway Museum. 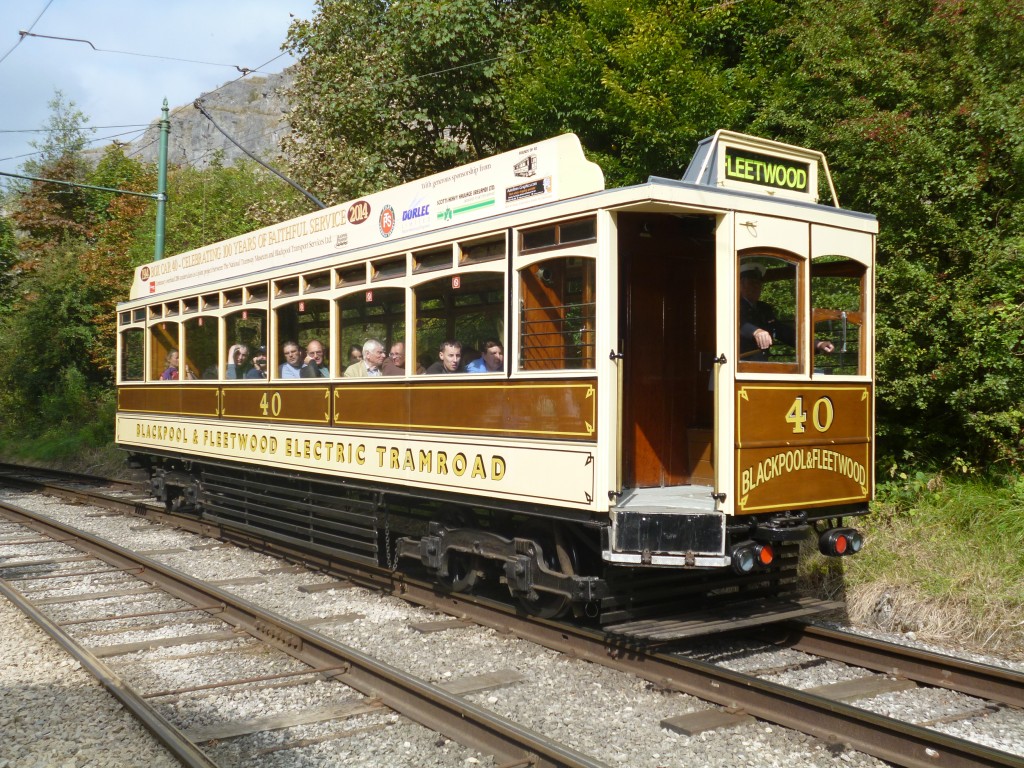 Box 40 had an active passenger service life in Blackpool through until 1936, when it was finally withdrawn due to the introduction of more modern tramcars and was converted to a works vehicle.

The tramcar was eventually donated to the Tramway Museum Society and arrived at the Museum here in Crich in October 1963.

Curiously whilst being an early arrival at the National Tramway Museum, and one of the first electric tramcars to carry passengers at the Museum in 1964, the tramcar has only operated for a handful of years on the Museums mile long tramway. The tramcar has spent a lot of its preserved life out on loan to both Heaton Park Tramway, and Blackpool Transport Services. The tramcar made a brief return home to the National Collection in 2014, when we celebrated not only the tramcars 100th birthday, but also the special record of 50 years of electric tramcar operation at the Museum, with our Electric 50 event.

The loan of Box 40 to Beamish will be the first time that the tramcar has ventured up to The Living Museum of the North and continues the good relationship the two Museums have together.

Laura Waters, Curator for the National Tramway Museum, said: “We are really pleased to be working with Beamish again, to lend them Box 40 for the Great North Steam Fair. The event will be a great opportunity to see the tramcar operating with other heritage vehicles and we are especially pleased that it will again operate alongside Manchester 765 which is also visiting from the Heaton Park Tramway.

With the tramcar staying until late August, it means lots of visitors to Beamish will be able to ride on this special tramcar, and we are always looking for ways to share the National Collection with as many people as possible, to celebrate the countries tramway heritage.”

Matt Ellis, Keeper of Transport for Beamish, The Living Museum of the North said:

“Our Great North Steam Fair over 11th-14th April will showcase a wide variety of transport exhibits in operation around our extensive site. It is excellent that we can once again work with the National Tramway Museum for one of their exhibits to take part in the event. The ability for Box 40 to stay until late August will bring variety for our regular visitors for the summer season.”

Plans are in progress to move the tramcar to Beamish at the beginning of March, in order to provide time to recommission the tramcar after its road journey and familiarise Beamish’s team of engineers and drivers with how the tramcar works.

We’d like to thank Blackpool Transport Services who have looked after the tramcar whilst on loan to them for the past four years.