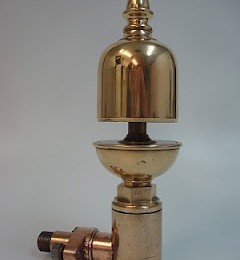 Paul Jarman / November 25, 2010 / Leave a comment / News
26th November 2010
Planning work and initial restoration on Lewin is now well advanced. To date an extensive research exercise has been undertaken by David Potter and myself, resulting in 32 pages of engineering drawings being produced of the locomotive to record what exists and what is needed to return it to its 1936 appearance. At Alton Engineering in Derbyshire the boiler has received remedial attention, a new smokebox and chimney and the work required to prepare it for steaming at Beamish. A project planing sheet has been created to identify all of the sub assemblies and contractors/suppliers as well as time-scales etc. This is cross referenced against the drawings. As a narrative and guide to the project a massive document, called a Conservation Management Plan, has been written to ensure robust curatorial practice can be applied.
So, to the metal itself! Davy Sheen (as posted previously) has removed the buffer beams as preparatory work to straightening the frames, work likely to commence next February. Meanwhile David Young made the first cuts of new material, with the modification of a whistle that we had in stock. This entailed modifying the whistle itself, then machining from scratch a bracket and mounting for fitting the assembly to the cab front. A whistle valve will shortly be obtained. As ever Dave excelled himself, returning the completed work only days after collecting it from Beamish! As a result of this expediency I am hoping that he will agree to producing many more of the myriad fittings and details required by this project.
Below: A trio of views of the whistle and the mounting bracket (which also acts as steam supply). A whistle valve (sprung) will be fitted to the threaded section evident in these photographs. 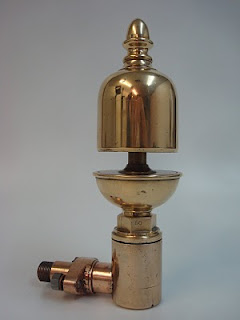 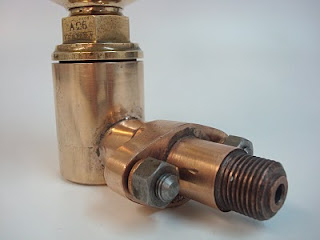 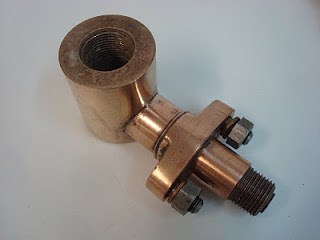 Below: A 1936 view, taken by Jarvis (an image apparently held in various collections and one which becomes available on e-bay from time to time) showing Lewin, or No.18 as we should correctly know it, apparently ex-works. At this time it had probably become a saddle tank (having previously been a well/side tank) and also may have received a new boiler. The platework looks straight and tidy and there was obvious pride in the engine! Note the whistle!
This is the appearance to which we are restoring the locomotive. The colour is apple green with black and white lining, red buffers and deep crimson frames. 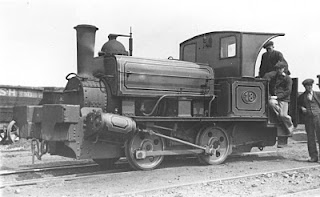