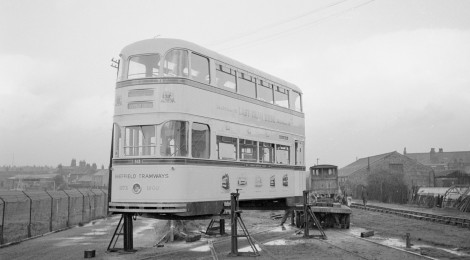 Sheffield 513 – an early view in preservation…

This fascinating photograph (by an unknown photographer) recently came to light on e-bay (thanks to Andy for the tip off!).  It shows Sheffield 513, sans truck, jacked up presumably to be replaced onto it’s truck at a location that I take to be the Middleton Railway in Leeds (note the tramway type rail alongside the heavier rail of the colliery line/BR sidings).

The tram looks to be in good condition, so it is probably arriving, after taking part in the last-tram events in Sheffield in October 1960.  It was purchased by Mr John Rothera, a member of the choir at York Minster.  The truck moved to Parkside, on the Middleton Railway on the 3rd December 1960, the body arriving on the 4th – I think this is what the photograph shows.  It was re-trucked and then towed to Clayton’s Boilermakers yard and partly sheeted up.  There were numerous trams that arrived at Middleton at this time, the former colliery system being one of the earliest preservation ventures.  Sadly, a number of the trams there did not survive and after extensive vandalism they were scrapped.  One, a Leeds ‘Horsfield’ tram (No.202 I think), would eventually provide sufficient truck components to enable the restoration of Sunderland 16 at Beamish to working order.  Alarmed at the rapid deterioration of the collection, John Rothera moved 513 to the former goods shed at Cullingworth, Yorkshire.  It was moved again, to Oxonhope, on the Keighley & Worth Valley Railway for further open storage and, naturally, further deterioration in its condition.

In September 1973 513 was on the move again, this time to Fulford, York.  Here it was stored in the former York Municipal Tramways yard, on behalf of the York Castle Museum.  A further move came in 1977, when 513 arrived at Beamish, and after 22 years of nomadic storage, it ran again on the 24th July 1982.

In October 1984 513 moved to Blackpool and participated in the 1985 centenary celebrations there, before returning to Beamish in December 1985.  It entered service for the 1986 season, being withdrawn for a truck overhaul in 1996.  Always regarded (then!) as out of period, 513 was placed on a 25 year loan to Blackpool Transport, though this was curtailed and the tram moved to the East Anglia Transport Museum in 2011.

One day it will return to Beamish and hopefully find a permanent role engaged in moving visitors to and from the proposed 1950s urban development. Until then it can be enjoyed in working order at Carlton Colville, the EATM’s base near Lowestoft.

Various sources have been used to prepare the above notes, all of which are kept on 513’s file at Beamish. 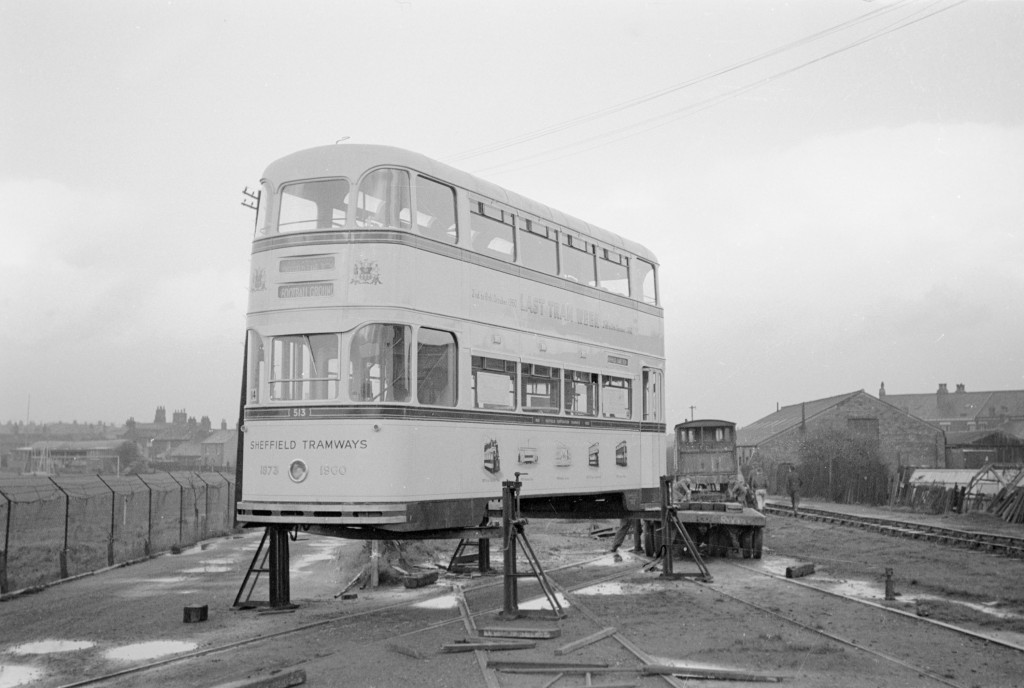