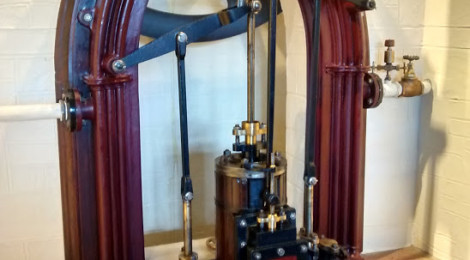 We were recently invited to see the inaugural steaming of the Bingfield Engine at Anson Engine Museum, Cheshire. The Bingfield Engine & Thresher, made between 1835 and 1845, from a design by Scotsman Andrew Meikle, inventor of the modern threshing process. It is thought to be the only machine of its type in preservation.

From its original home in Bingfield, Northumberland it was collected by John Moffitt, to form part of his Hunday Museum. Mr Moffitt, a noted Northuberland cattle breeder, was a prolific collector of agricultural equipment and machinery and established his own museum to showcase the collection.

In 1989 the museum closed and much of the collection was put up for auction. As the engine and thresher is a sole survivor, of its type, efforts were made by Beamish to purchase the equipment, and ensure its future. Unfortunately it has not yet been possible to reconstruct the Thresher, which remains in storage.

As there are no immediate plans for the Thresher’s reconstruction at Beamish the offer of a home and restoration, for the engine, from Anson Engine Museum was accepted. The engine remains part of the Beamish Collection being on a long term loan to Anson. The threshing equipment remains in storage at Beamish.

The team at Anson, including Geoff Challinor and Geoff Baker, have carried out an excellent job of bringing the engine back to life. The ‘light touch’ restoration along with a specially created setting makes for a fascinating addition to Anson’s time line of stationary steam engines. 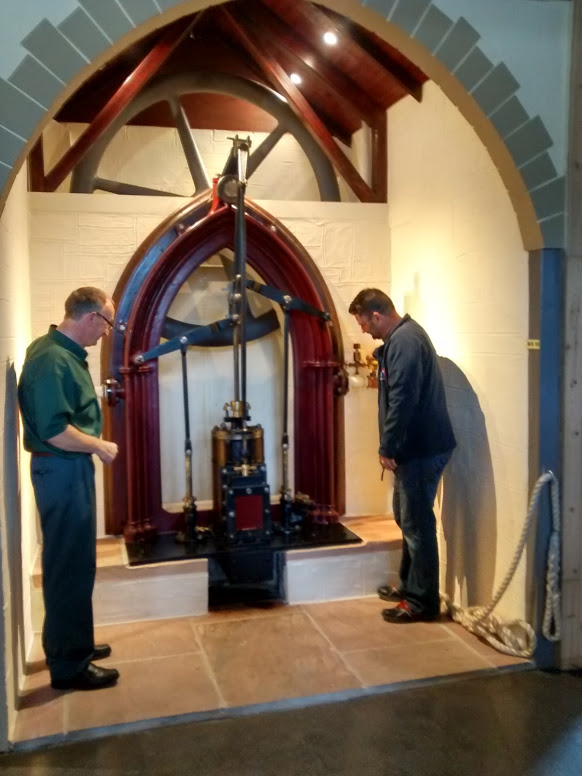 To mark the culmination of the museums volunteer’s efforts enthusiasts and supporters were invited to attend the first steaming on 26th August. Seb Littlewood, Head of Rural Life, at Beamish, was given the honour of turning the steam on for the first time. 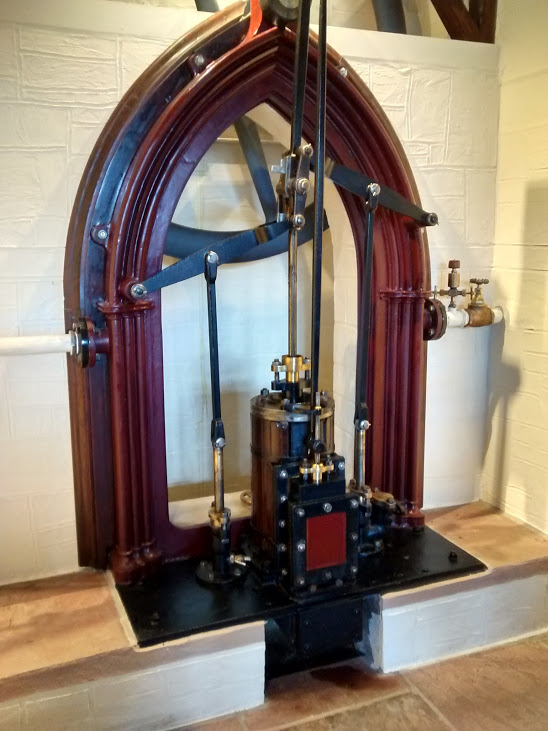 The engine with its Crowther motion, similar to that of our 1855 Colliery Winding Engine