Lots has been going on, as the following photos and captions reveal… 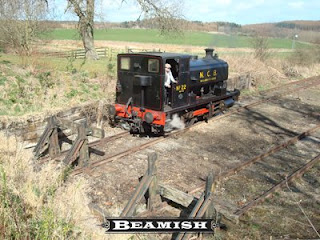 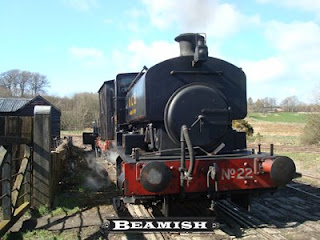 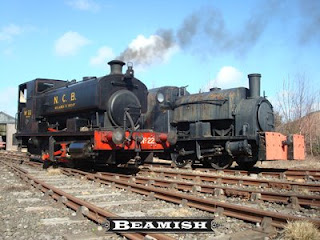 Above: Earlier today No.22 took part in the opening of the Lamp Cabin celebrations (to be continued this coming Saturday) as well as performing some shunting. This included moving Malleable (Stockton Ironworks, built 1900) onto the back siding. The opportunity was taken to pose for photographs! 22 then ventured into new territory, running as far as the Foulbridge end buffer stops. The track here has not been used for very many years and has seen some recent work to make it usable (see below) with Darren and Mark clearing trees and undergrowth as well as marking up sleepers for replacement and servicing the turnouts in this area. An improvised flamethrower is used to rid the track of the weeds, with the JCB being used on larger trees and bushes. 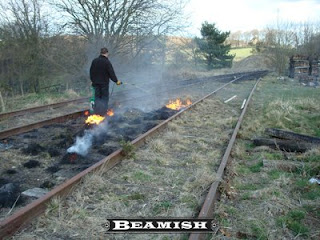 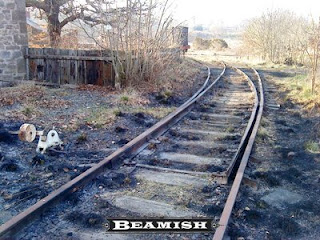 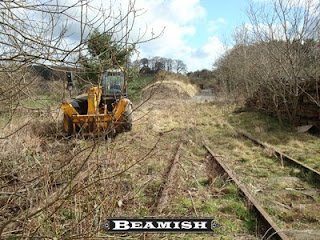 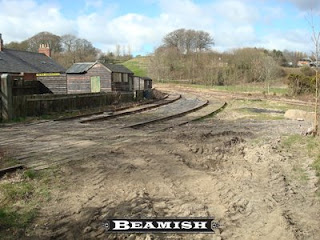 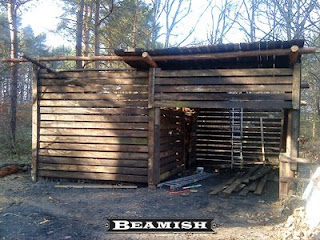 Above: A new stick store has been assembled at the waggonway, for storing and drying kindling wood. This is rather better in appearance than the large sheets previously used in this area. Bob Fielding among others built the shed, and I believe he has plans to extend it and even add a balcony and terracing! A pole lathe will be demonstrated in the right hand space. 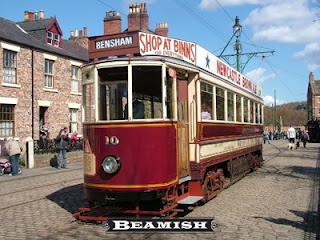 Above: Tram 10 is now a regular car in service following remedial work to its track brakes, which was found to be necessary during the pre-Christmas tests and subsequent running-in. The car’s paintwork has been tidied up and I for one am glad to see it back! It is an icon of the museum and the place never feels quite right without it running. It is an excellent crowd mover and obviously has a perfect local pedigree. 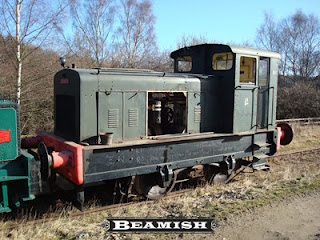 Above: Our ever-faithful and unsung Ruston 88DS workhorse has recently had its airtanks inspected. This entails removing them as their location under the cab floor is somewhat awkward to examine. The loco now sports an electric donkey engine, which runs of the three-phase power supply in the Regional Museum Store – a much better solution to the petrol donkey engine fitted, less susceptible to the cold and altogether more effective. A repaint into Ruston & Hornsby factory livery is planned in due course, possibly bearing the BR roundels and lettering as carried by the North East Civil Engineer’s 88DSs.