Below: A late entrant was Colin Smith with his early Scammell showman’s lorry which is absolutely immaculate – see the photo of its engine. I rather like chain drive lorries (seems somehow like a steam engine!) so was pleased to see this arrive on the Sunday. 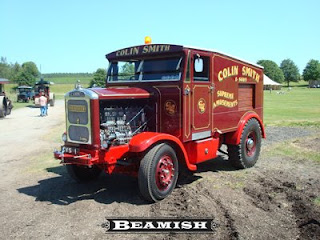 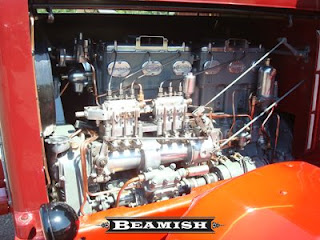 Below: The model engineering exhibition proved to be popular, particularly as it was the base for ticket sales on the adjacent miniature railway (which carried some 1600 passengers over the weekend – not bad given each train carries a maximum of 12 people!). Numerous models were on display, including a 5 inch gauge King, B1 and Princess. We were also able to get numerous models out of Beamish and Tyne & Wear Museum’s store for display as an additional feature. 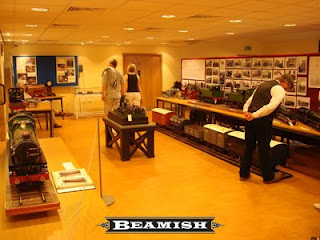 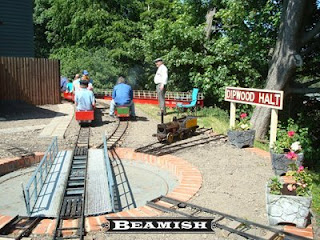 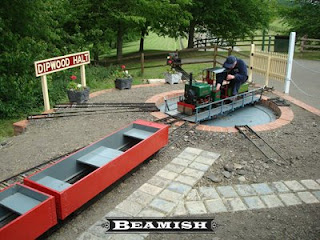 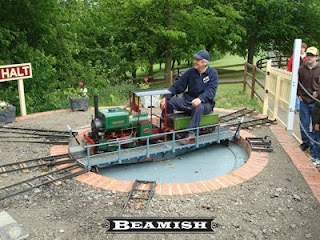 Below: Anthony Coulls, curator at the NRM, Shildon, hard at work on the roadmaking display! 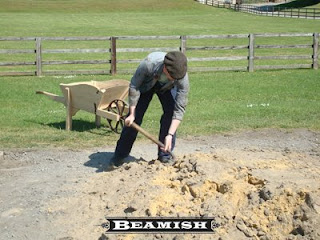 Below: Mark and Darren contemplate the trackwork at Rowley after a concentrated effort on replacing a rotten sleeper and struggling to pull part of the pointwork back into gauge. Hot and heavy work and often completed before the rest of the staff even arrive at work! 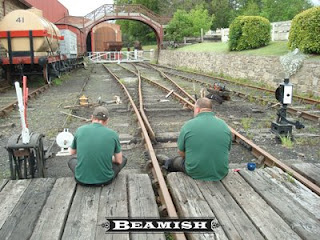 Below: Michael Davison’s water bowser behind Fiddler during morning preparations. 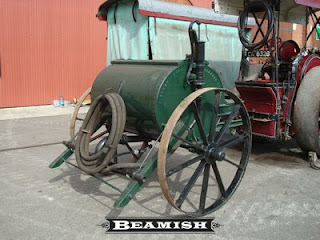 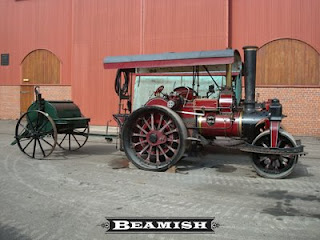 Below: The Mann Steam Tractor parked in the goods yard for photographers to enjoy in this setting. 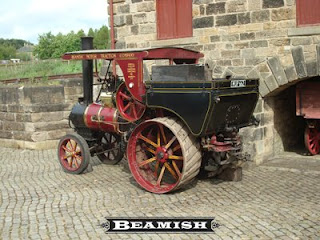 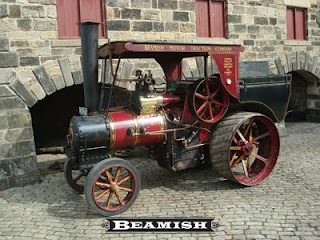 Below: John and Chris from Durham & Darlington Fire & Rescue Service worked wonders preparing the Armstrong diesel shunter for operation, encountering numerous problems along the way including missing brushes, keys and some interesting wiring! The loco was put into traffic after testing but found to be rather lively upon taking power. Eventually this caused it to be failed during the weekend, the Ruston substituting on the driver for a fiver activity on the Saturday. It seems the starting current is too high and we are looking at the controller as the cause of this. It is possible the excitation of the generator on moving from ‘idle’ to ‘running’ is too great and causes an overload. It also explains the aggression with which the transmission takes up and sometimes causes wheelspin. We will pursue this further… 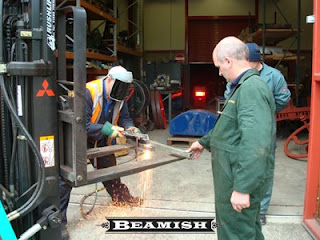 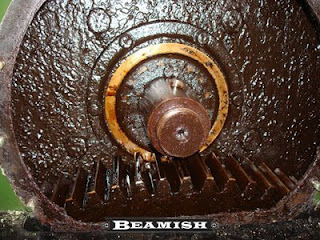 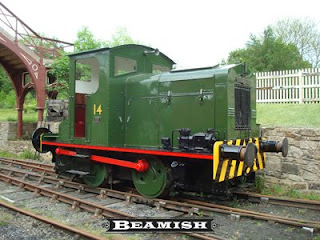 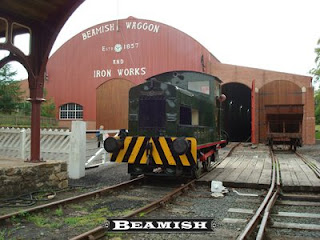