On Thursday morning Tarmac delivered 40 tons of ballast which was then spread out ready for rolling. With the Daimler, Living van and hut in place, the demo proved to be a popular spectacle for the many visitors who sunbathed on the grass nearby. The children’s activity based on roadmaking in miniature was also located here.
On Saturday and Sunday at 2pm each day a tug of war contest was held between a steam roller and the public. I missed both games but hear they were well attended and provided much amusement for the visitors and volunteers! 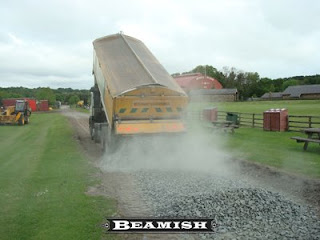 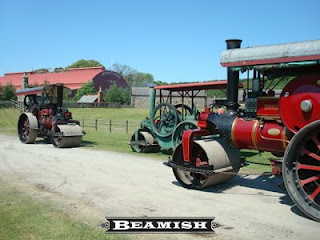 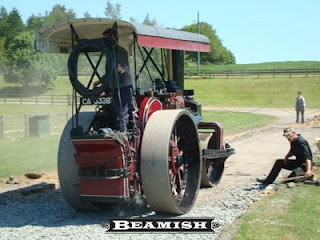 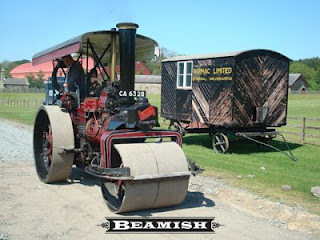 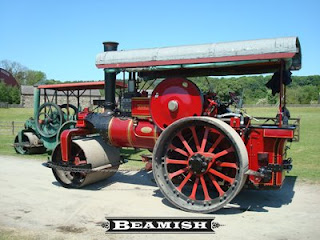 ← Beamish Power from the Past video
PftP – An Overview →