The final enhanced transport weekend of 2015 takes place on November 7 and 8 and concludes the programme which began in the spring with the Great North Steam Fair.  We now reach a winter break for these ‘Power from the Past’ weekends, and close the bill with a celebration of Newcastle tramcar No.114’s 114th birthday!

Below: 114 as it appears today, in its revised Newcastle Corporation livery. 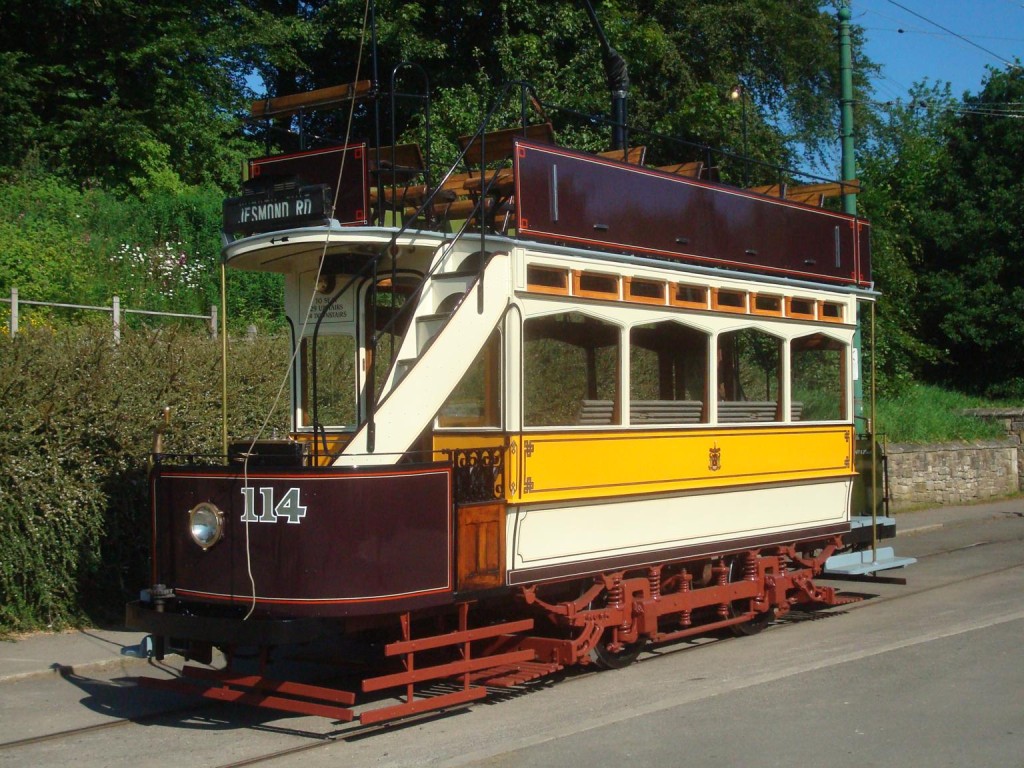 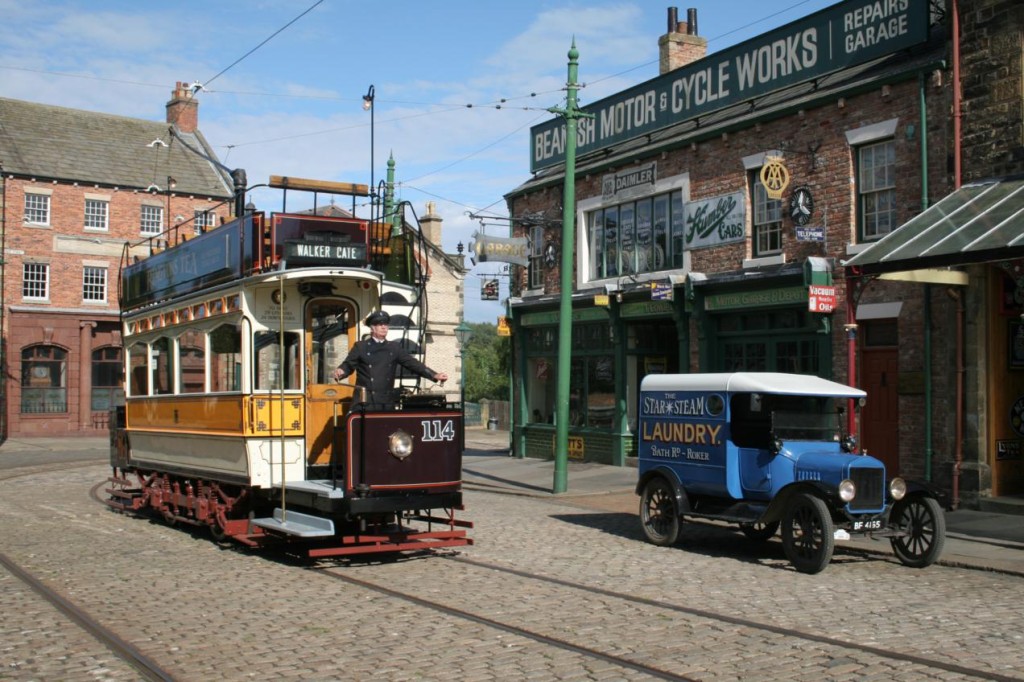 Below:  114 is one of twenty four-wheel open-top short-canopied ‘A- Class’ tramcars built in 1901 by Hurst Nelson and Co. Ltd., Motherwell, for Newcastle Corporation Tramways.  As delivered by the makers it had wooden seats for 53 passengers and was mounted on a 6′ 6” wheelbase Brill 21E truck equipped with GE 58 motors and BTH B3 controllers.  During their lives these vehicles were extensively rebuilt, one of the early improvements being the provision of a top cover for the upper deck seats.  The majority of these trams, including 114, were sold to Sheffield Corporation in 1941 following inspection on the scrap siding in Gosforth Park, to replace war-damaged vehicles.  After further upgrading to totally enclosed and vestibuled form – a rebuild that reflected great credit on Sheffield Tramways – they performed useful service until final withdrawal in the early 1950s.  114 ran in this form as Sheffield 317 until 1951. 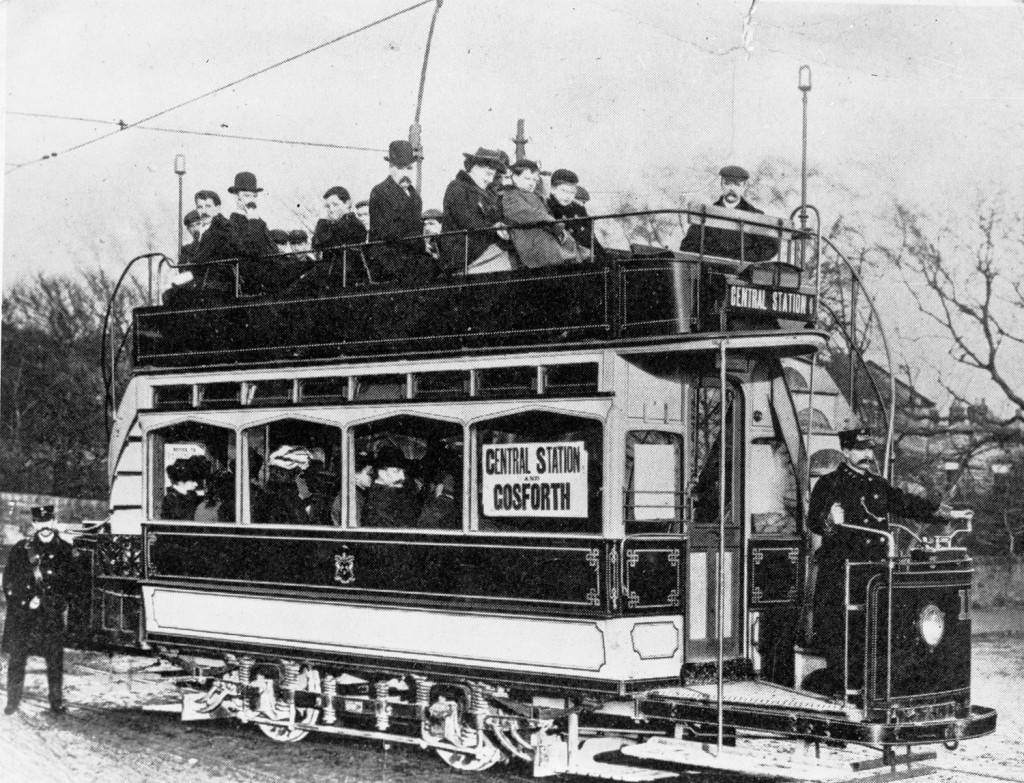 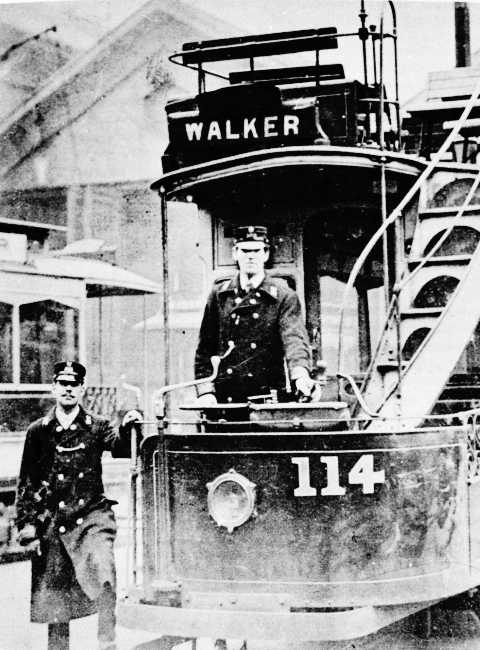 The body of 317 (114) was discovered on an arable farm near Scunthorpe, and after several moves it arrived at Beamish in 1987.  Total rebuilding was carried out using a mixture of contract, museum and volunteer labour, and incorporating as many original parts as was practicable.  A suitable truck with GE 270 motors was acquired from Oporto in 1989 which was restored and modified to suit 114’s dimensions.  Two BTH B18 controllers were also collected, rebuilt and installed, and the tram was totally rewired to modern safety standards.  The whole restoration project took nine years to complete, culminating in 114 returning to passenger service in May 1996.  Sufficient of the original body parts have been retained and incorporated to preserve the tram’s pedigree, and 114 now stands as the unique example of this type of tram to survive.  Built as it was to replace horse trams, and restored to 1901 form, 114 certainly appears as the most antique of the Beamish tramcar fleet.

Below: 114 is seen at Haymarket complete with top-cover.  Note the lighter coloured waist panels – this later date seeing advances in photography which would have a significant part to play in its later liveries – see here: http://46.32.240.35/beamishtransportonline.co.uk/wp-content/uploads/2012/11/HR-Issue-163-Newcastle-114-Repaint.pdf 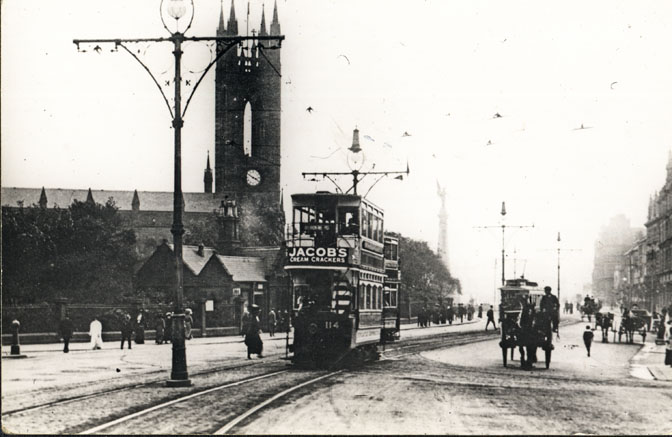 Below: Evidence of the original paintwork is seen on these panels, cleaned up at the time of 114’s collection for Beamish. 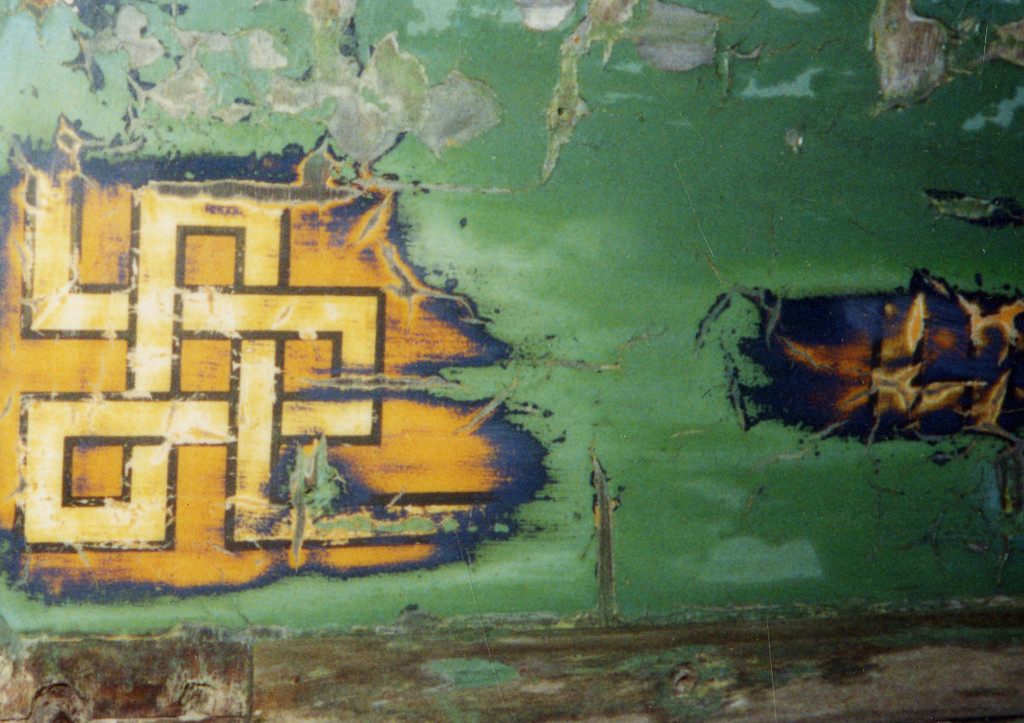 Below: Phil Anderson applies the distinctive lining on the Cadmium Yellow waist panels – see more on this here: https://www.youtube.com/watch?v=CghUNObpF68 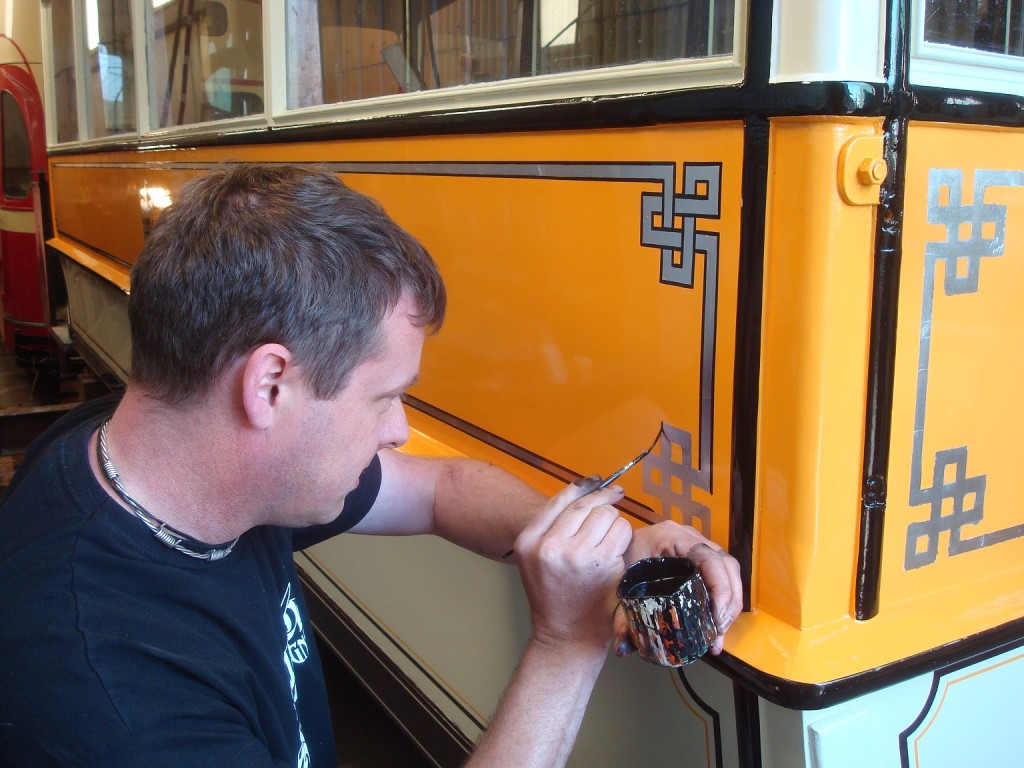 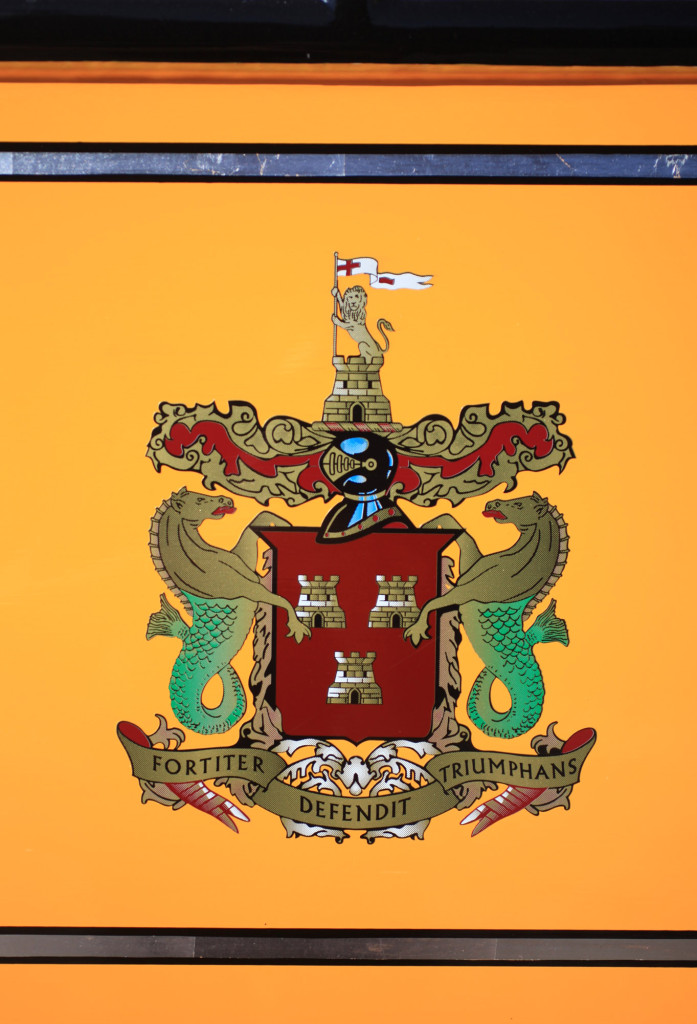 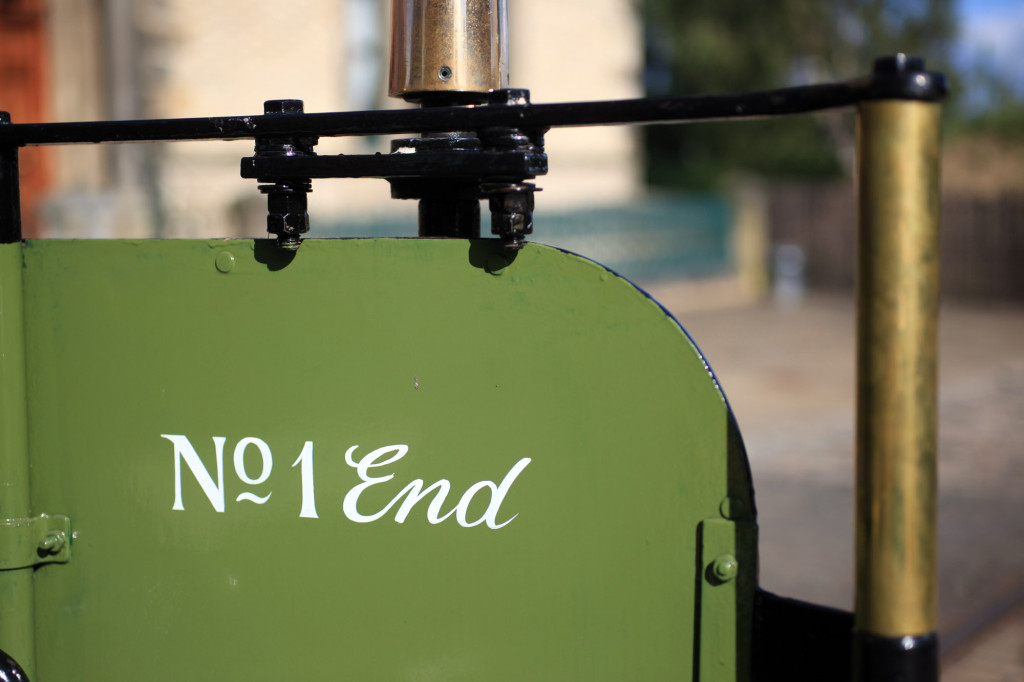 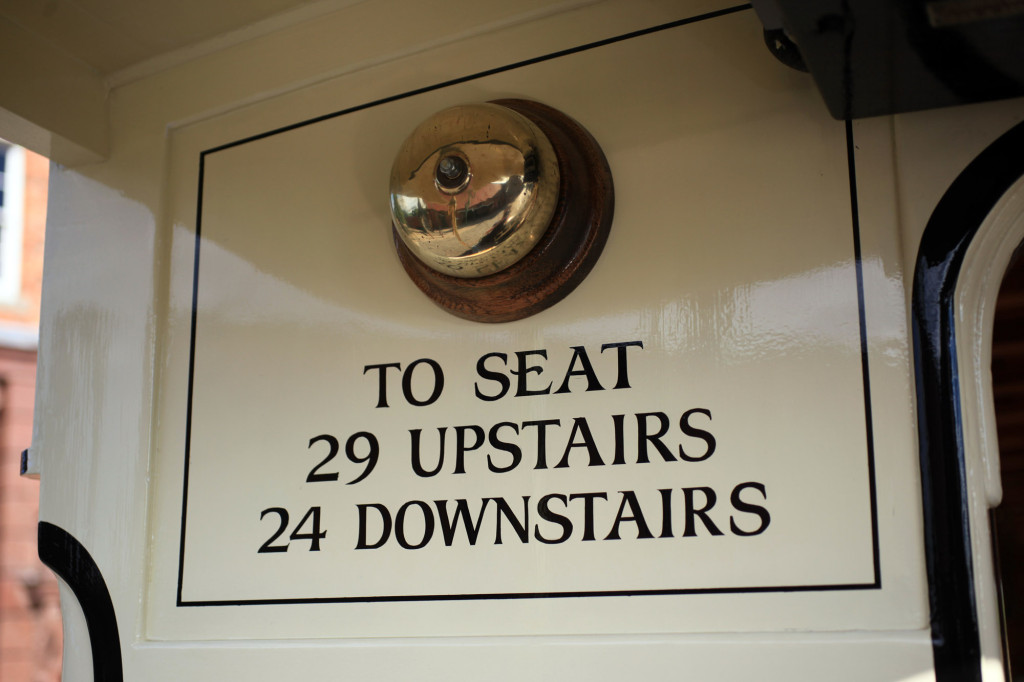 So, to celebrate the 114th anniversary, the last PftP of the year will focus on this particular tramcar, supported by other resident and visiting road vehicles.

Tram 114 will operate a mini Have-A-Go experience – 20 Minute sessions for 1 person at a time with up to 2 spectators, pre booked, between the town and Pockerley.

Outside the Tram depot will be a selection of North East Public Transport vehicles, including:

Other road vehicles may operate over the weekend depending on weather so it should be a good weekend!