Just a short post to marks the end of deep mining in the UK. As I write the miners of Kellingley Colliery, Yorkshire, will be ascending the shaft for the final time. In the picture below the laying of the foundation stone was carried out with great fan-fair. During the 1960s the National Coal Board put huge investment into a number of new ‘Super Pits’. The photograph, taken from the NCBs Coal Magazine shows just how much pride and the confidence there was in the industry. When the Colliery opened in 1965 it employed 2300 men, today 450 men are being made redundant. 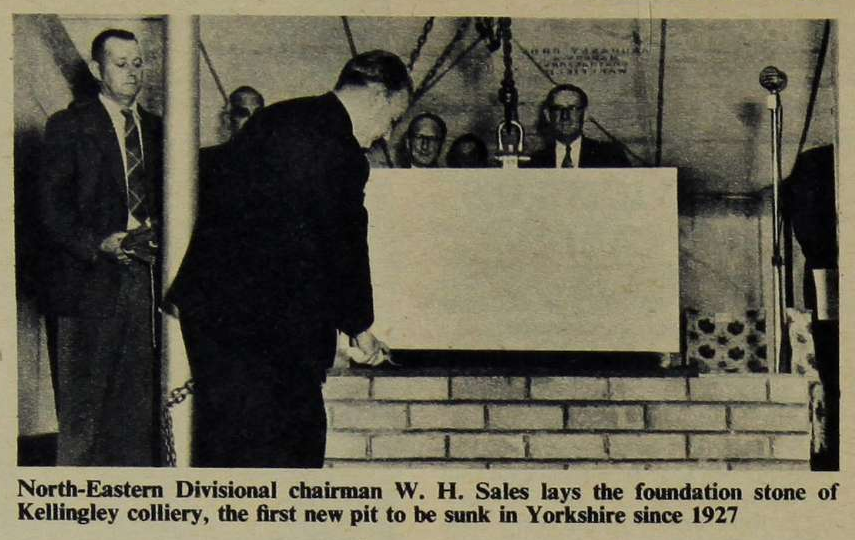 Although coal is still providing 19.49% of the country’s energy (7.58GW) the future of the remaining coal fired power stations is limited. As Ferrybridge Power Station closes in March, and others soon after, they will be largely run on imported coal until coal powered generation comes to an end. The baton of UK Coal production now falls to the 30 open cast ‘surface mines’ and a handful of small drift mines, mostly supplying the small domestic market.

So, the centuries of deep mining in the UK ends today. An industry that employed 1 million men and boys in 1913 concludes as the last of Britain’s miners leave Kellingley.