We have found ourselves in something of a spot – with the early departure of Portbury to cover a motive power shortage at its home base, and various complications to the plan to replace it with alternative motive power for the rest of the season.  In actual fact, the complex plan involves three locomotives, which will be announced shortly, and a two-year programme.  This is to give us spare motive power at Rowley Station and in the Colliery.  The former, because we will be starting daily running this summer so need to cover washouts and planned maintenance, the latter because from the end of the summer we are looking to start a driver experience course in the Colliery area (anyone for a day with a characterful industrial and a rake of chaldrons?!).

The plan has not quite worked out to draft ‘a’ and we are now somewhere nearer the end of the alphabet.  But in any case, a gap emerged.  So, it was decided to try something new, and something we hope will eventually be a regular feature of the Rowley operation once Dunrobin arrives, namely footplate trips.

As a result, for this weekend, some weekdays and the first weekend of July, No.18 will be offering footplate rides at Rowley Station.  We will be making a small charge for these (via the station ticket office) in order to control demand and ensure queues do not become unacceptable, but if you’ve ever yearned for a footplate ride, at Rowley, on No.18, then this is your chance!

This morning (Monday) No.18 was loaded, in steam, for a trip to Rowley, where the same low-loader loaded Portbury for its trip back to Bristol.  Here are some views of the day.

Below: No.18 eases up to Portbury and reveals a contrast in size!  No.18 has, of course, worked at Rowley in the past, but not looking like this! I’ve added a couple of images to the end of this post to show it on its last visit to the station in the late 1970s..

Portbury has been a superb hire engine and it is a credit to its custodians on the Bristol Harbour Railway (it is owned by Bristol City Council who own and operate the M Shed Museum there, formerly Bristol Industrial Museum) who have so beautifully restored and maintained it.  The livery has been a striking sight for the year and a half it has been with us and we are very sad to wave it goodbye!  But, with three different locos due to cover the rest of the season, two being new to us, there will continue to be plenty of interest at Rowley and in the Colliery.  For now, No.18 will provide a fortnight’s entertainment to visitors! 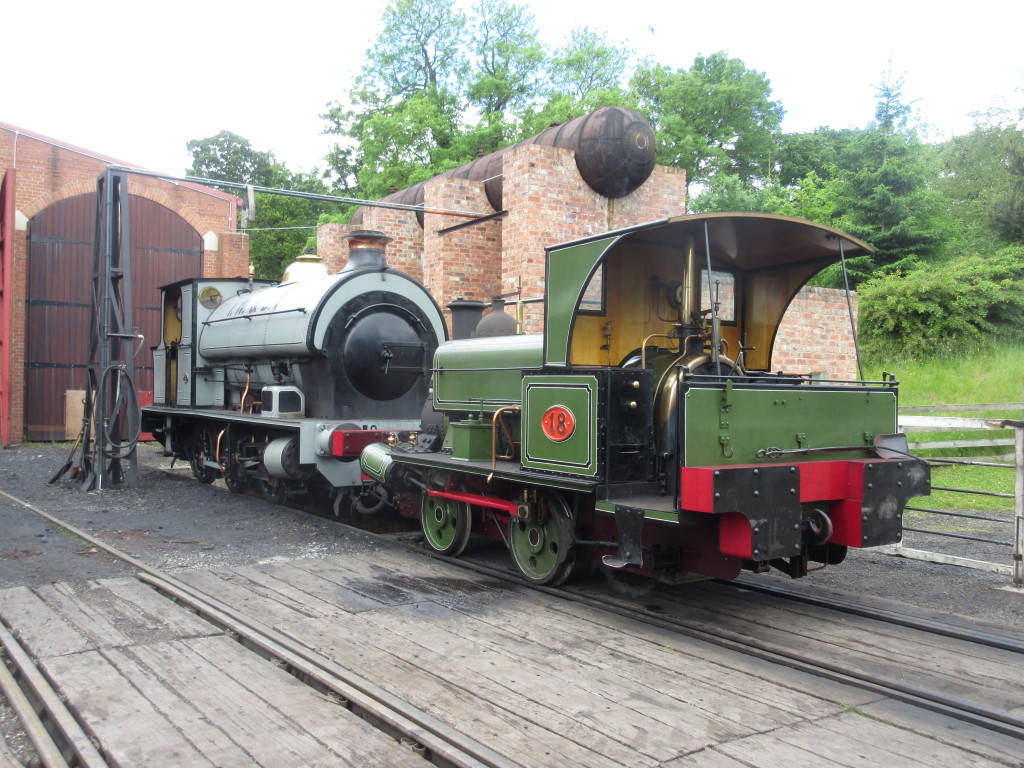 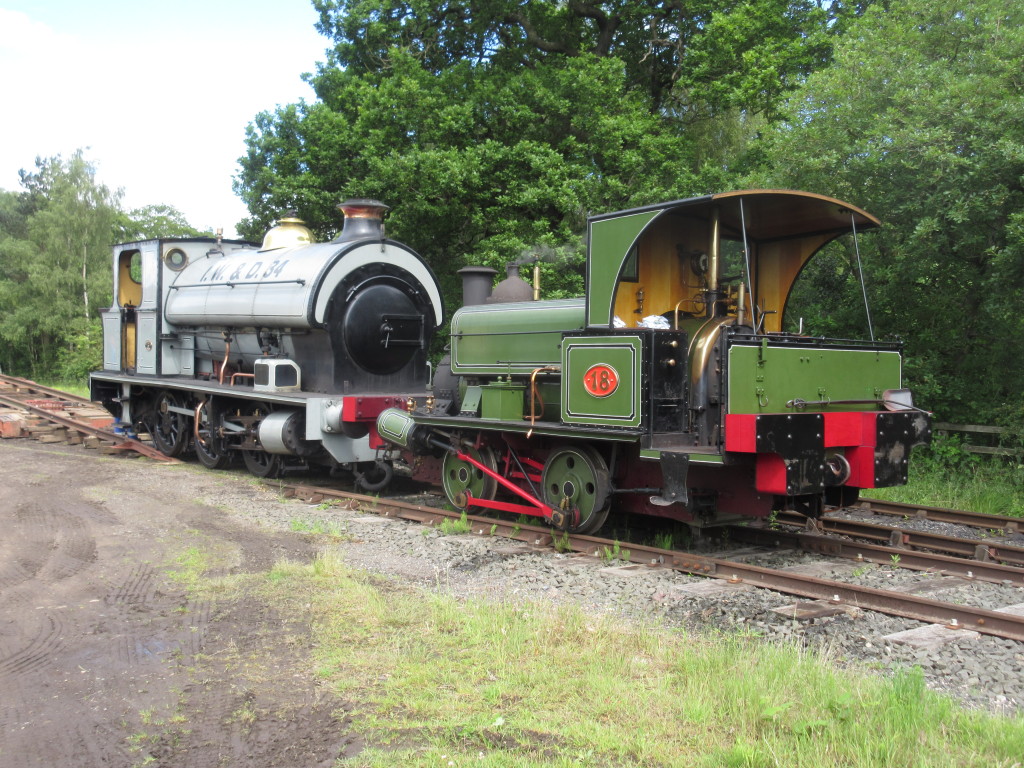 Below: Portbury’s departure created a great deal of interest for visitors – the question we are often asked is ‘how do you move engines’ and this is amply illustrated by showing it actually happening!  Usually we try to avoid this within opening hours, but he novelty of such a sight excuses the incongruous vision of a modern lorry carrying a steam locomotive through an Edwardian street! 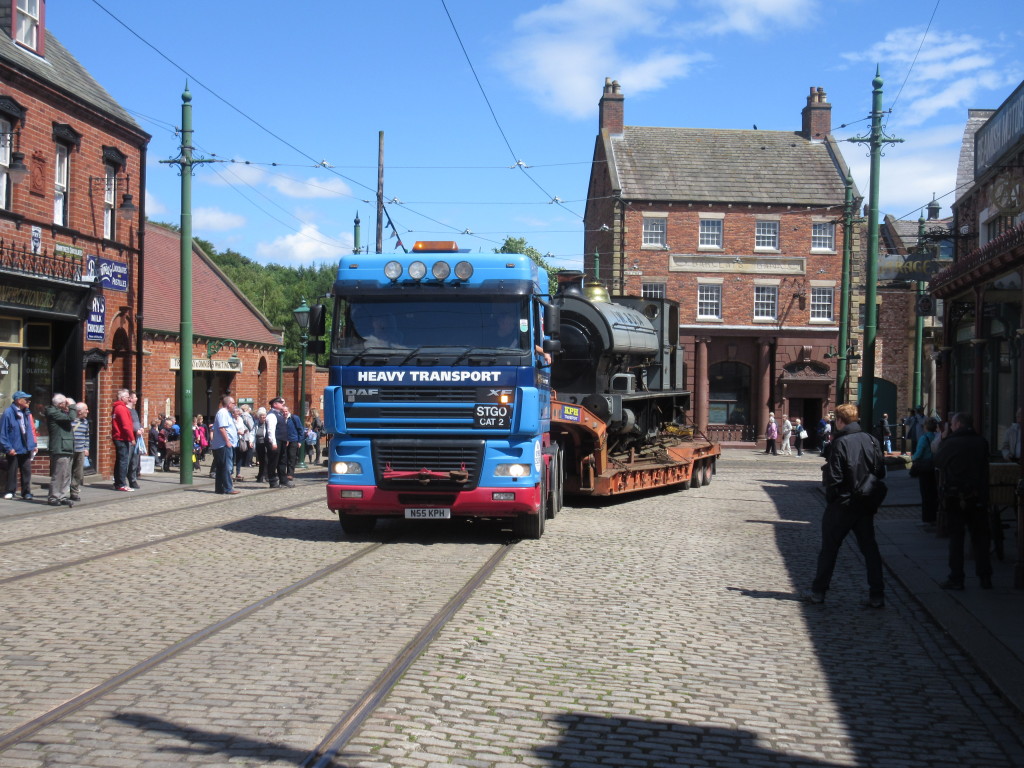 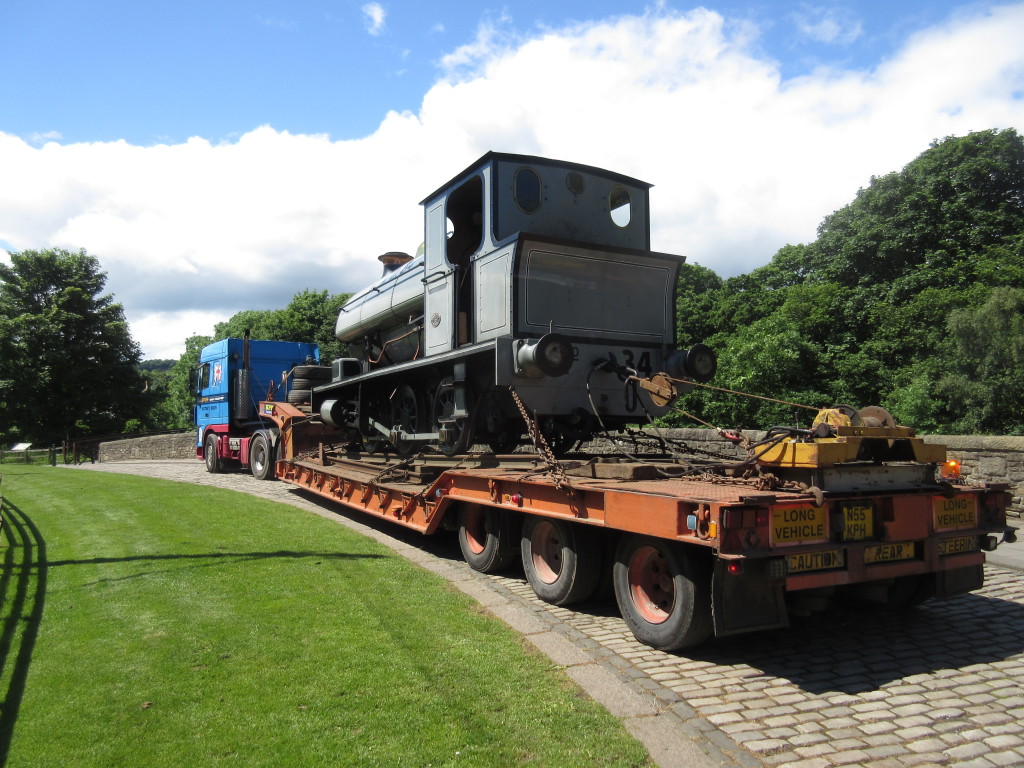 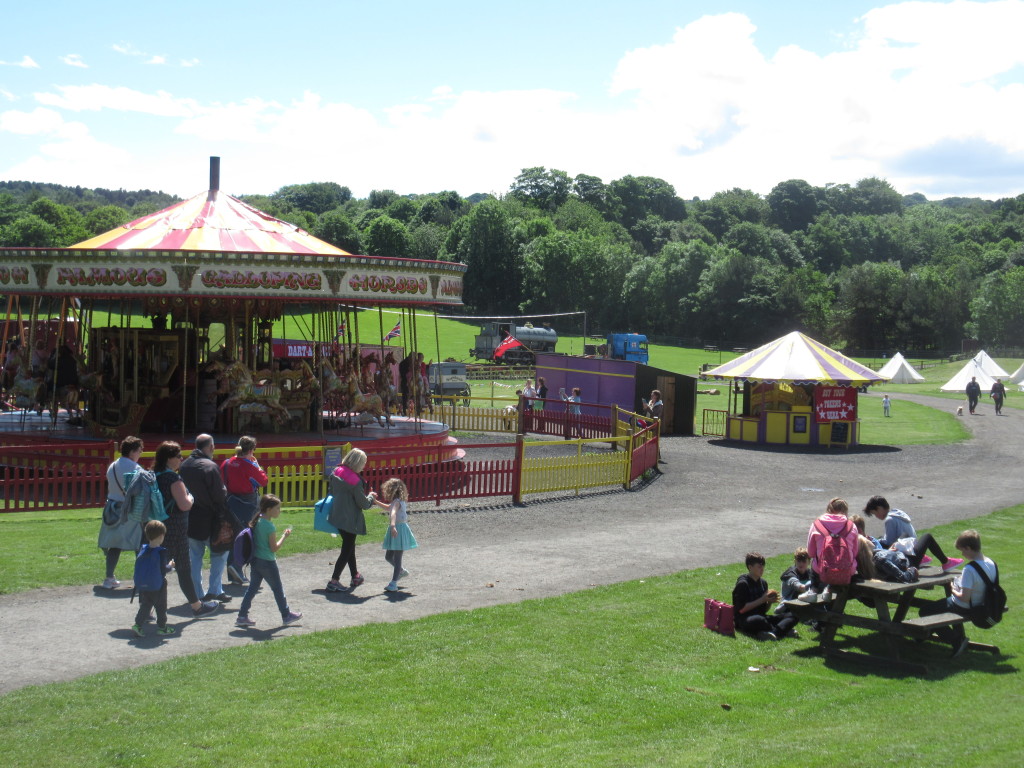 Below: No.18 accustomises itself to a new, albeit temporary, residence.  Having created the coal and water facility for Portbury, the overhead water supply is out of reach and the bunker on the wrong side!  Fortunately an auxiliary water hose was factored in and the bunker can be filled by bucket, so all is not lost! 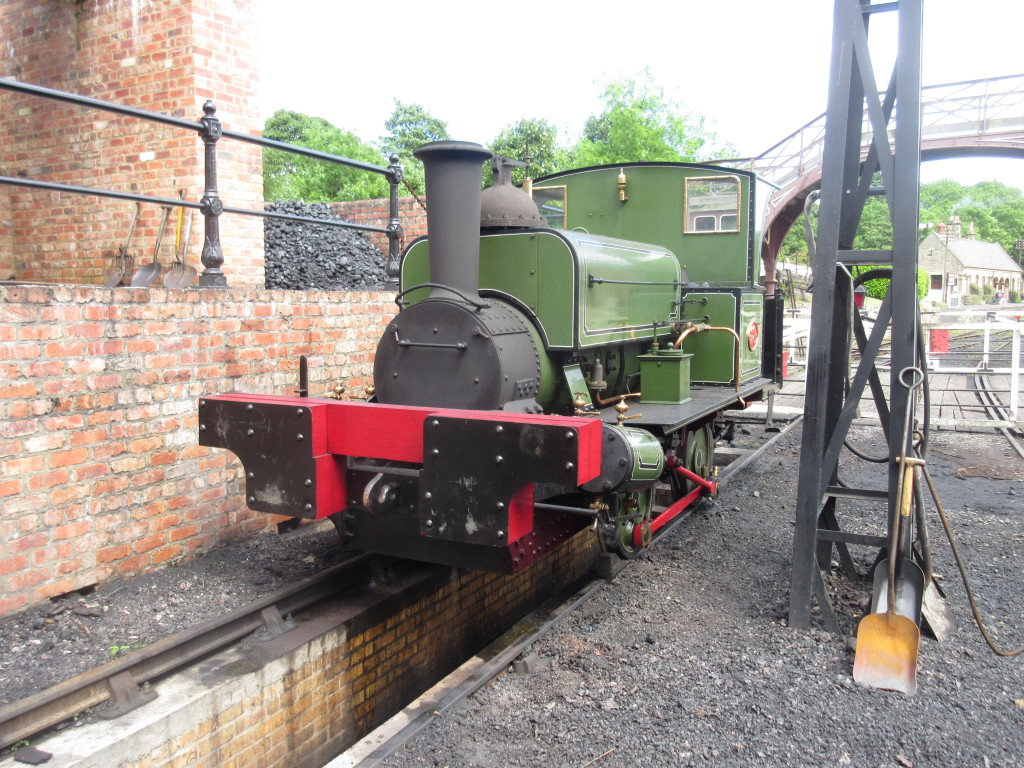 Below: A reminder of No.18’s intermittent and not entirely satisfactory brief stint of operation in the late 1970s.  Note the Forcett coach in the background – also restored and awaiting completion of a mechanical overhaul, re-wheeling and addition of vacuum brakes to enable its eventual return to passenger operation here. 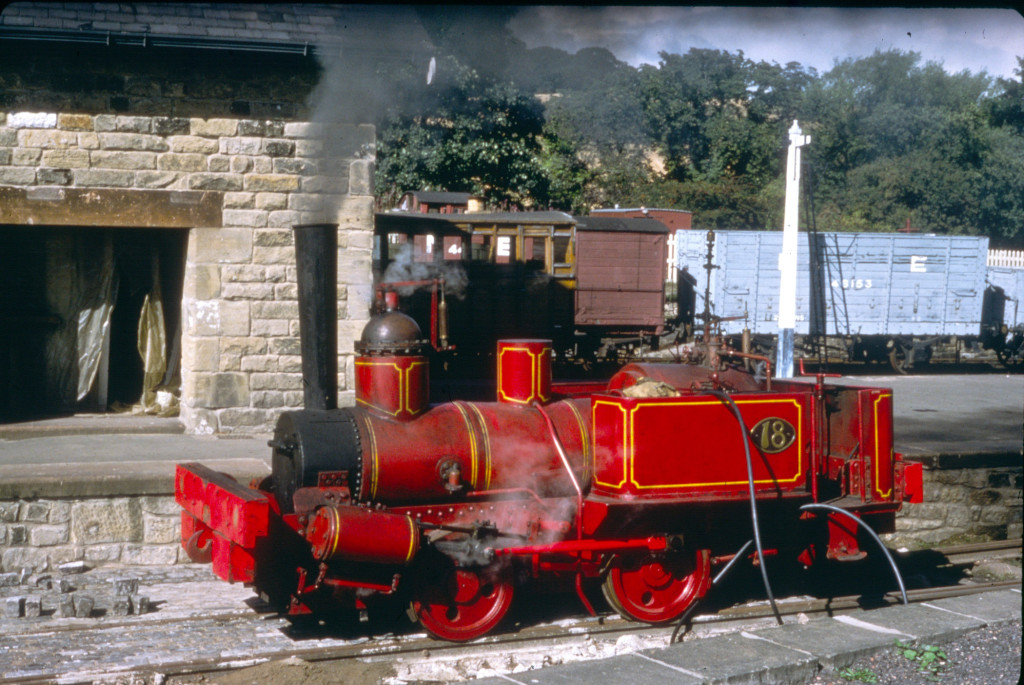