A new tram heading for Beamish…

Some news that I am sure will be of interest to readers of the blog… It is a joint press release and you can also find this information on the Tramway Museum’s own website.

On Saturday 10th September 2016, Crich Tramway Village, home of the National Tramway Museum, will hold their special Tram Day event, which will this year focus on changes within the Nationally Designated collection of vehicles that the Museum holds.

One of the Museum’s rarely seen works vehicles, Porto Works Car 65, which was built in 1933 by the Public Transport Company of Porto, Portugal, will be moved from the Museum’s offsite store, and displayed at the Museum for the Tram Day event.

This will be the first time that the vehicle has actually been on display at the Museum, since it was transferred to the National Tramway Museum, as it has been housed offsite since it arrived here from Portugal in 2005.

“Works car 65 was originally used to transport coal, and when Porto were looking to dispose of some of their vehicles in 2005, we thought it would make a useful works vehicle for our own maintenance at the Museum. However, since its acquisition we have also been able to acquire our Croydon Tramlink KLV, which offered much more flexibility for maintenance at the Museum, and so 65 has been in store since acquired. When reviewing some of the collection recently, we felt that vehicle would find a more active future with another Museum, and our Society members recently agreed to transfer the vehicle to Beamish the Living History Museum of the North, where they intend to commission it as a works vehicle once again.”

The tramcar will make its first appearance at Crich on 10th September, where it will be displayed alongside sister cars from Porto, Horse Tram no. 9 and Electric Tram no. 273, prior to being transferred to Beamish, The Living Museum of the North.

“We are delighted to be considered by the Tramway Museum as a suitable home for No.65 and it further strengthens the excellent working relationship that we have built up between the museums over the years.  We have wanted to add a works tram to the fleet at Beamish for some years and the chance to obtain a complete vehicle such as this is a rare one indeed!  It is our intention to overhaul and recommission No.65 and use it as part of the very popular tram driving experience courses we run, also benefiting our existing fleet by alleviating the wear and tear on these trams.  We very much look forward to the tram’s arrival at Beamish and its entry into service in due course.  This is also a great reflection on the mature collecting policy museums need to adopt to ensure their collections endure, with appropriate disposals every bit a part of that policy as new acquisitions and it is very pleasing to see the enhancements to the Crich Tramway Village collections which are taking place courtesy of the National Railway Museum”.

Laura Waters said: “The changes that are taking place with our Designated collection of vehicles, reflects one of our guiding principles, which is to promote the permanent preservation of tramway vehicles and equipment, and to work with other organisations to achieve this. We have long established relationships with both Beamish the Living History Museum of the North, and the National Railway Museum, and the transfers we are doing now between the organisations, are just the next step in the care and preservation of the four items. 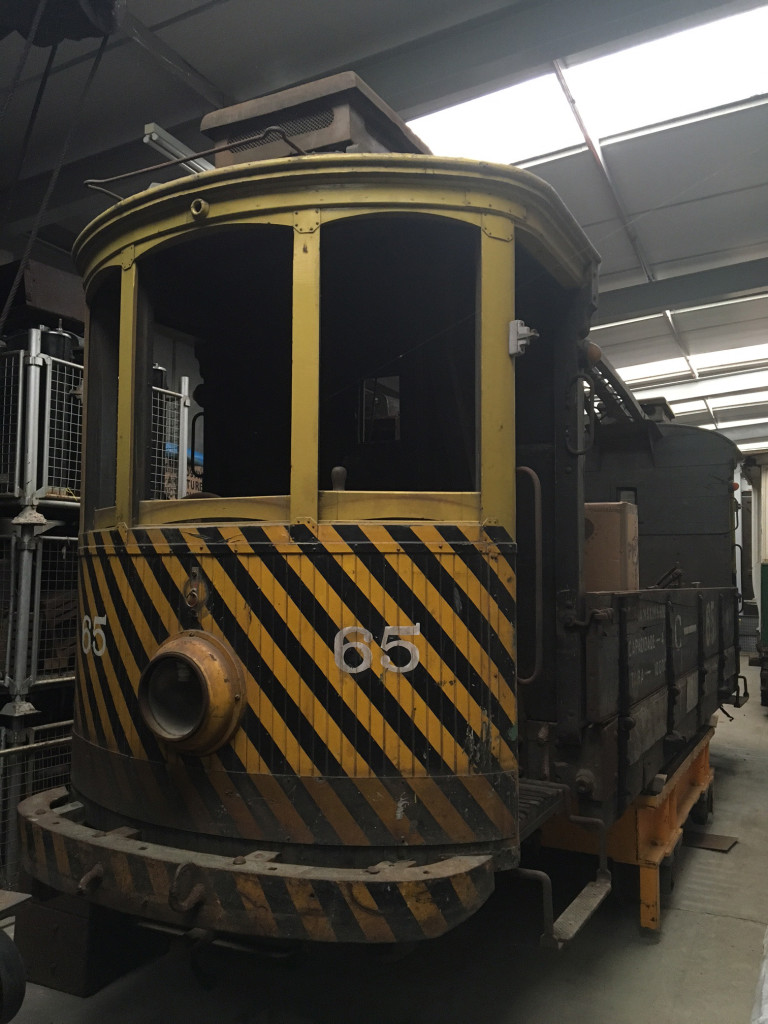