Planning the Great North Steam Fair takes a great deal of preparatory work by a range of staff and volunteers.  As a result, there are chances to grab previews of the exhibits, and I’ve included just a few here as a taster of the event to come, starting Thursday and running through to and inclusive of Sunday…

I begin with mention of the RHEC – this is a vital support base for the event but also notable in the sheer amount of tidying and preparatory work carried out by Tony and Matt B both inside the workshops and externally, which hugely eases the congestion and space constraints ‘backstage’ for the event.

River Mite arrived and was loaded onto the specially constructed trailer, before being given a few test runs of the site on Monday evening behind Providence.  David Watchman has prepared this film of the runs:

Whilst here are some stills of the same event: 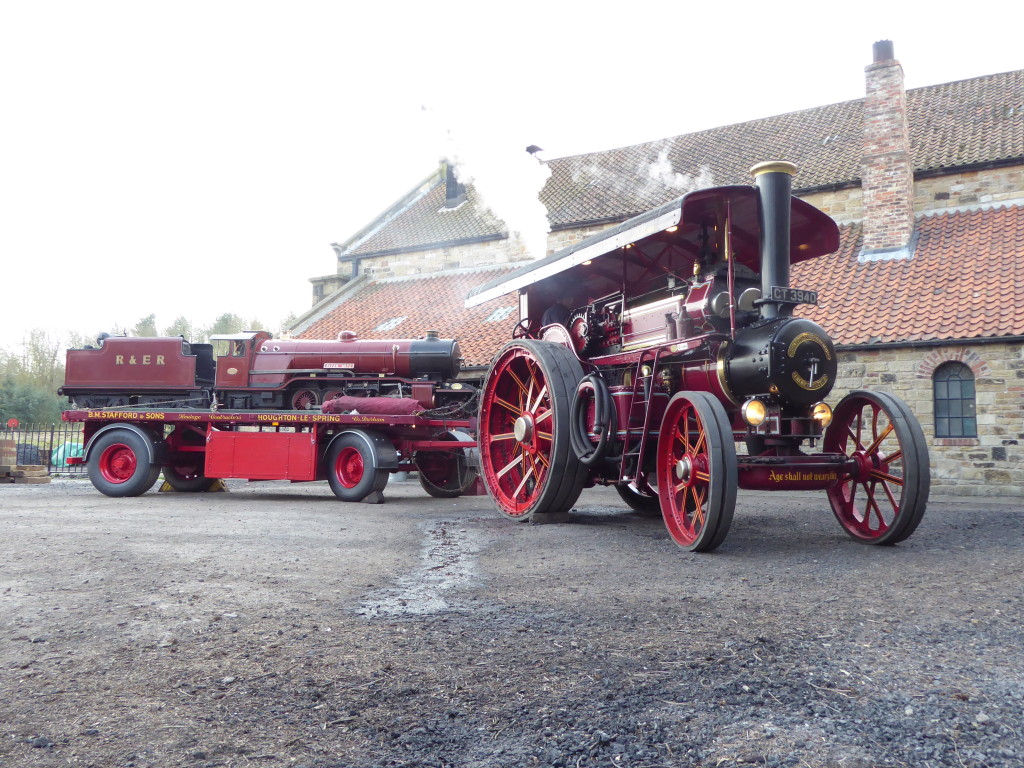 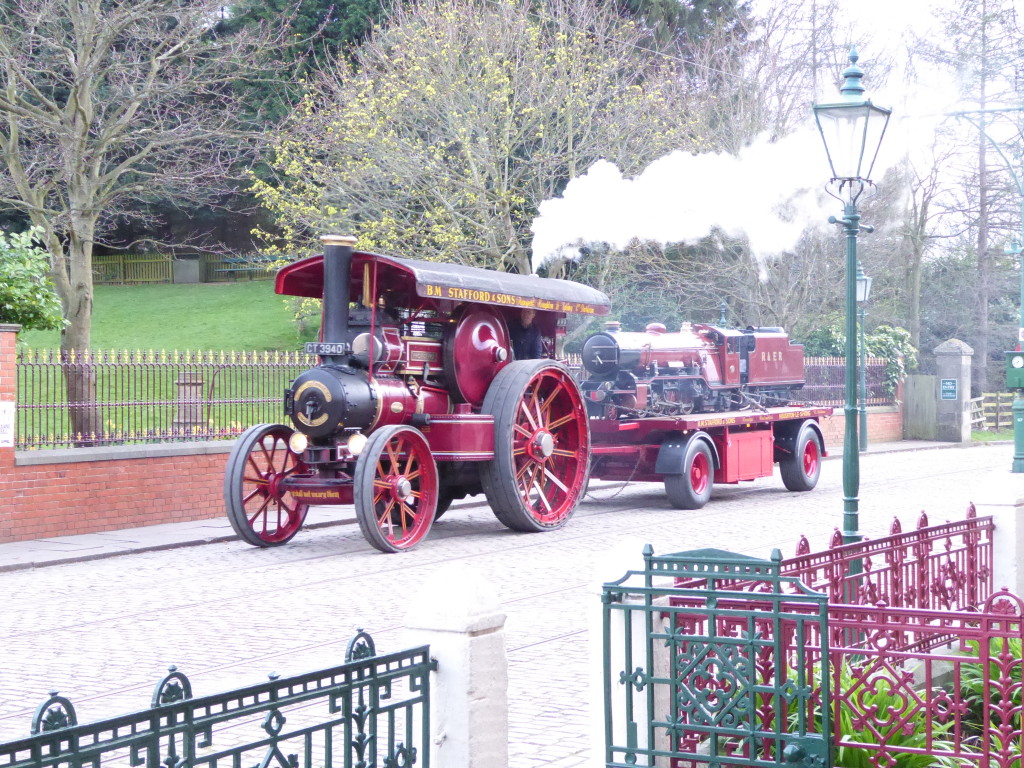 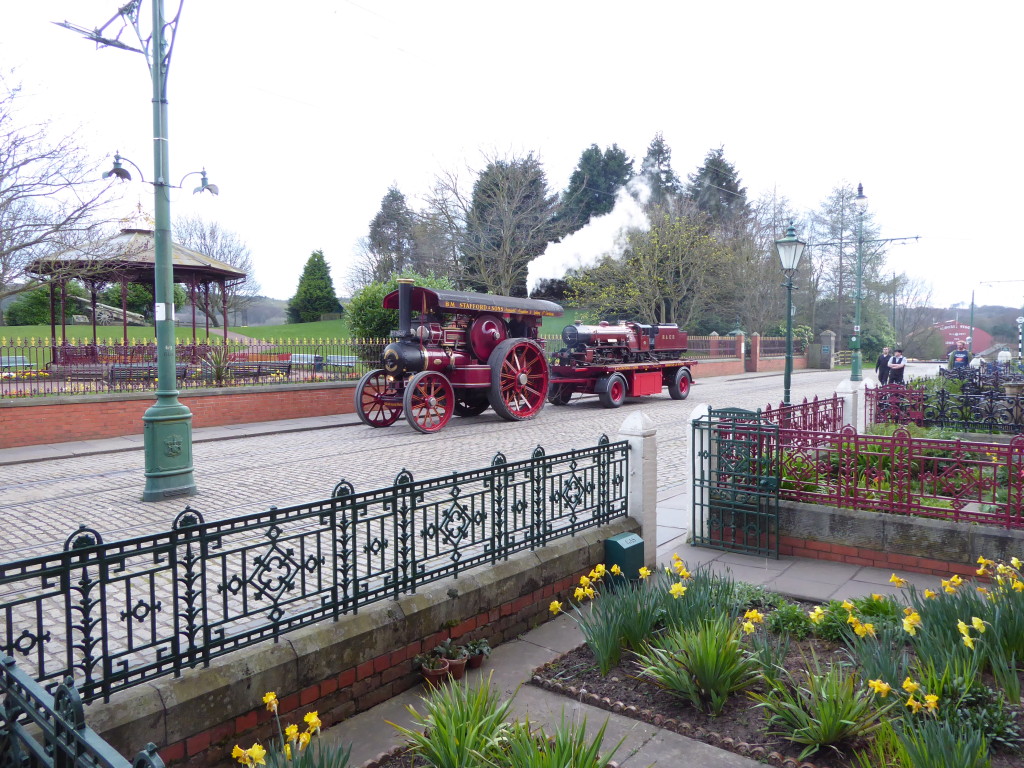 Our ‘surprise’ visitor to the Colliery railway can now be revealed – none other than our own Puffing Billy, moving from the Waggonway for one weekend only where it will be demonstrated on the ex Londonderry/Seaham chaldrons – something not seen before with the replica and for generations with the original locomotive.  It is shown here whilst test running on Tuesday – for the event it will draw the train from the other end, with Coffee Pot hauling the combined set back uphill. 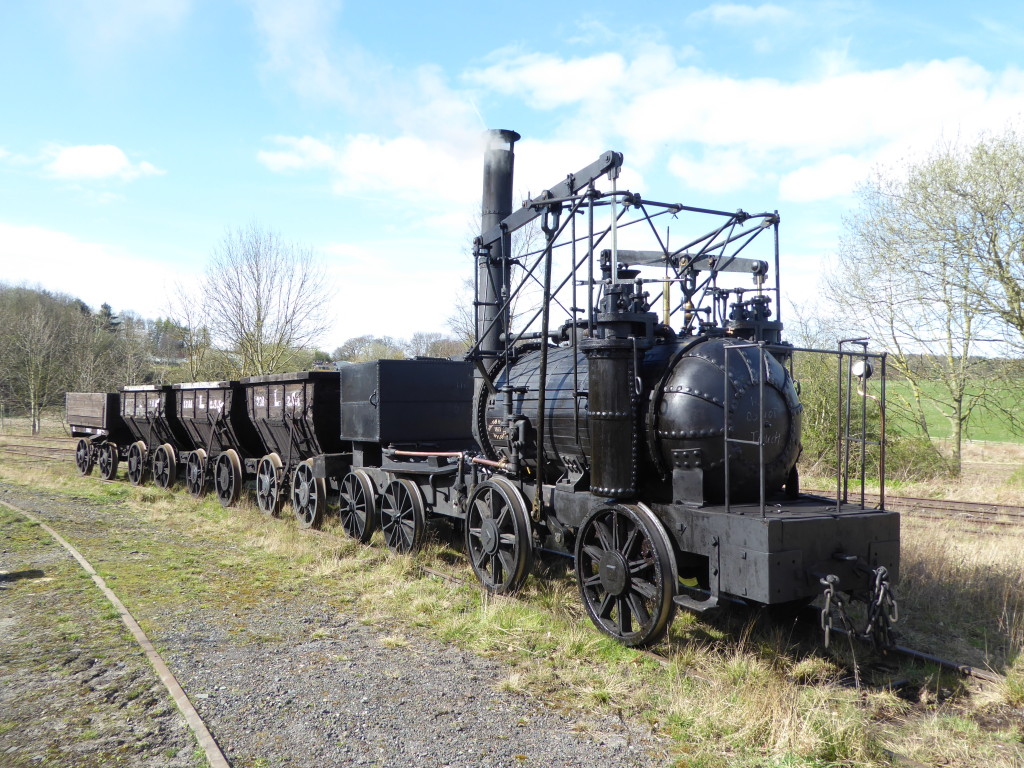 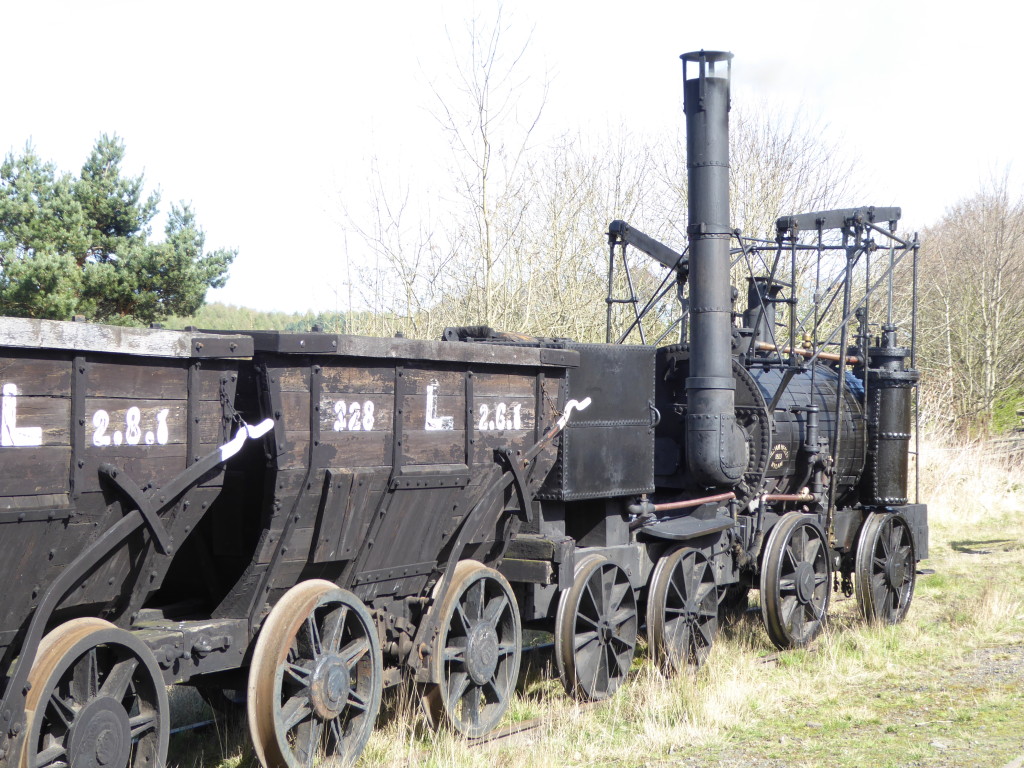 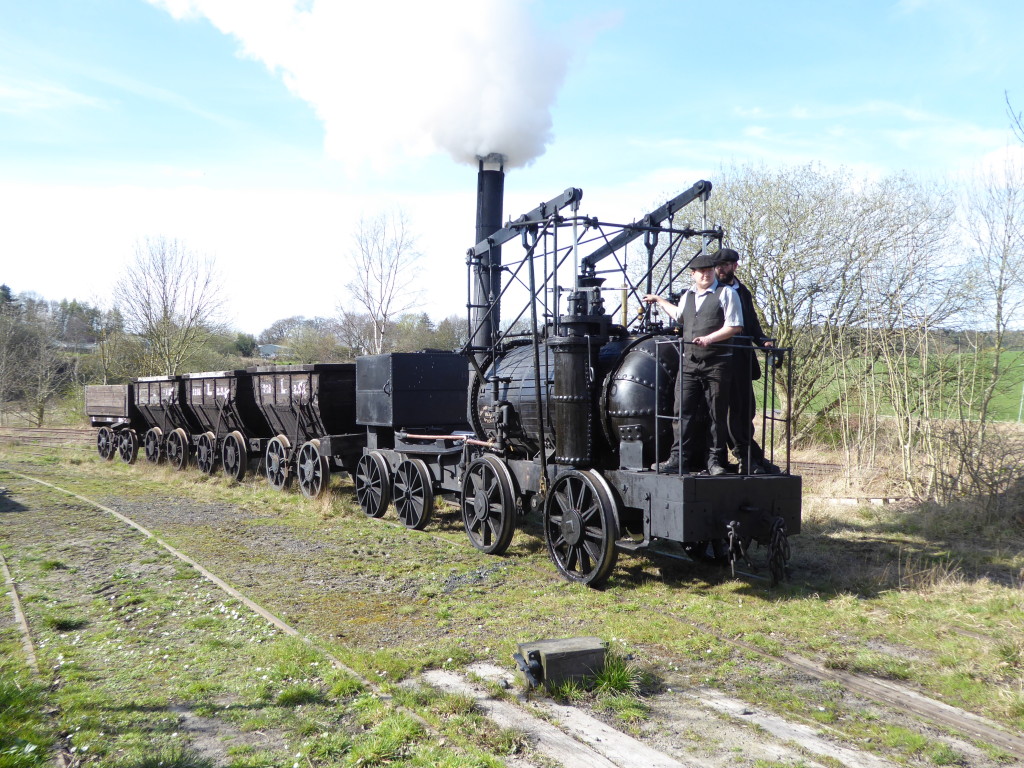 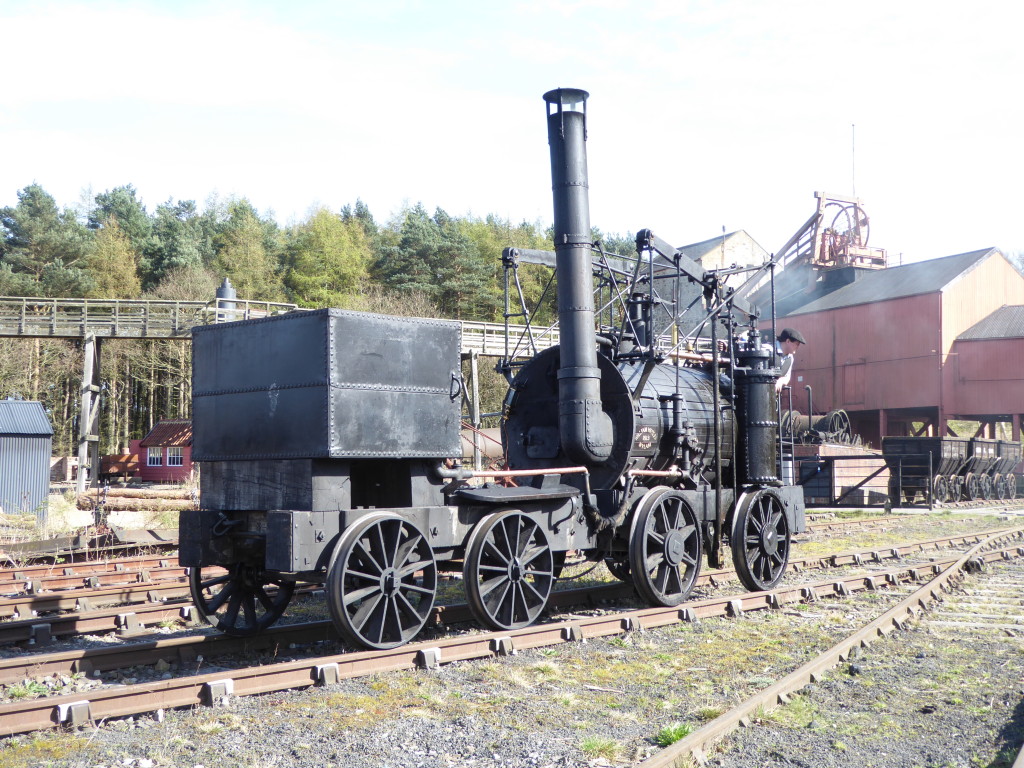 A scene that the Waggonway shed might have considered most unlikely: 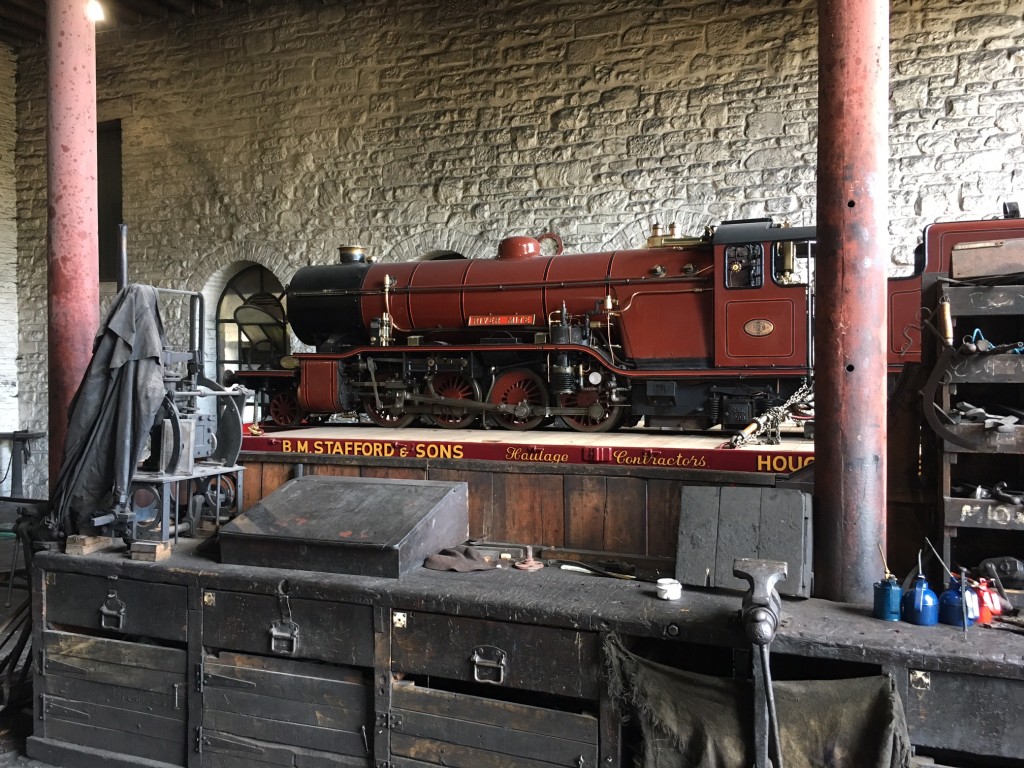 And perhaps the same applies to this view too?! 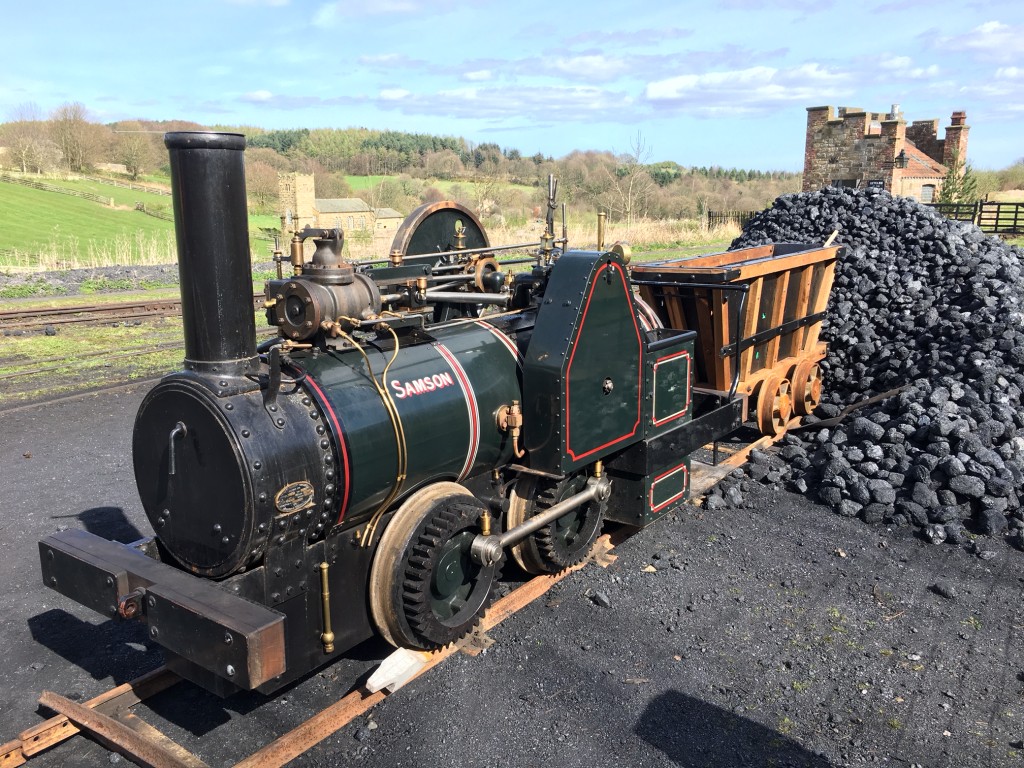 The Forcett Coach is also on display outside for the event: 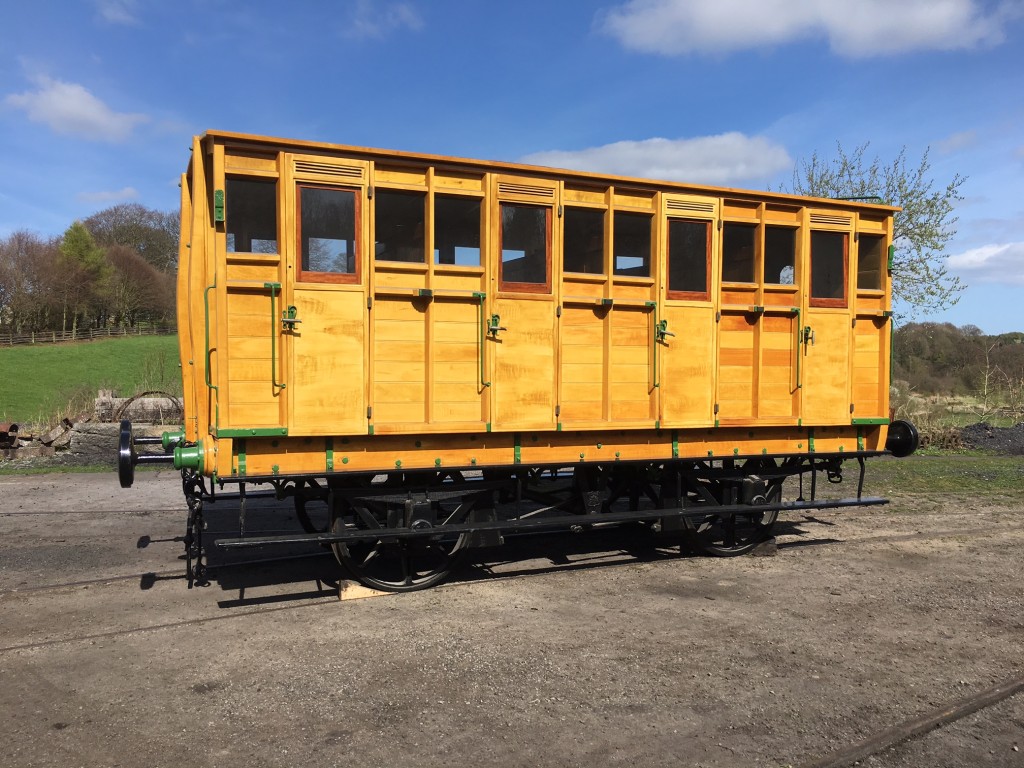 Below: On the narrow gauge Diana is shown, along with Roger, the Statfold Barn Railway’s Kerr Stuart Wren, a late confirmation for this event and a very welcome one!  Also shown are the loaded timber bolsters – which should keep the demo busy! 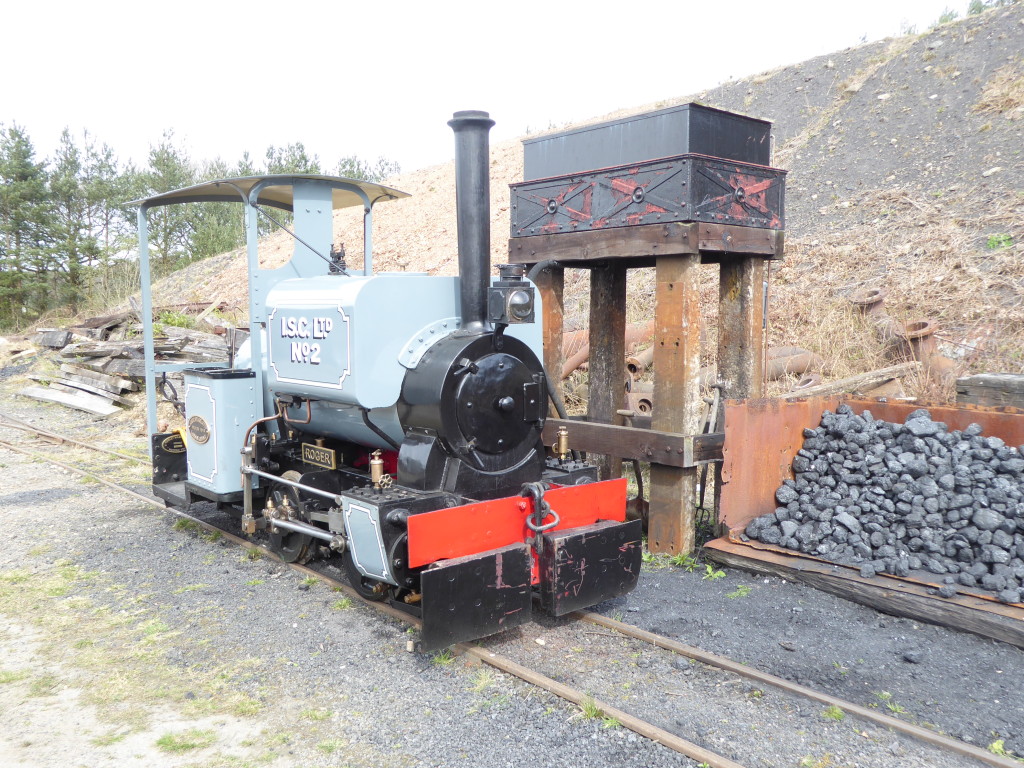 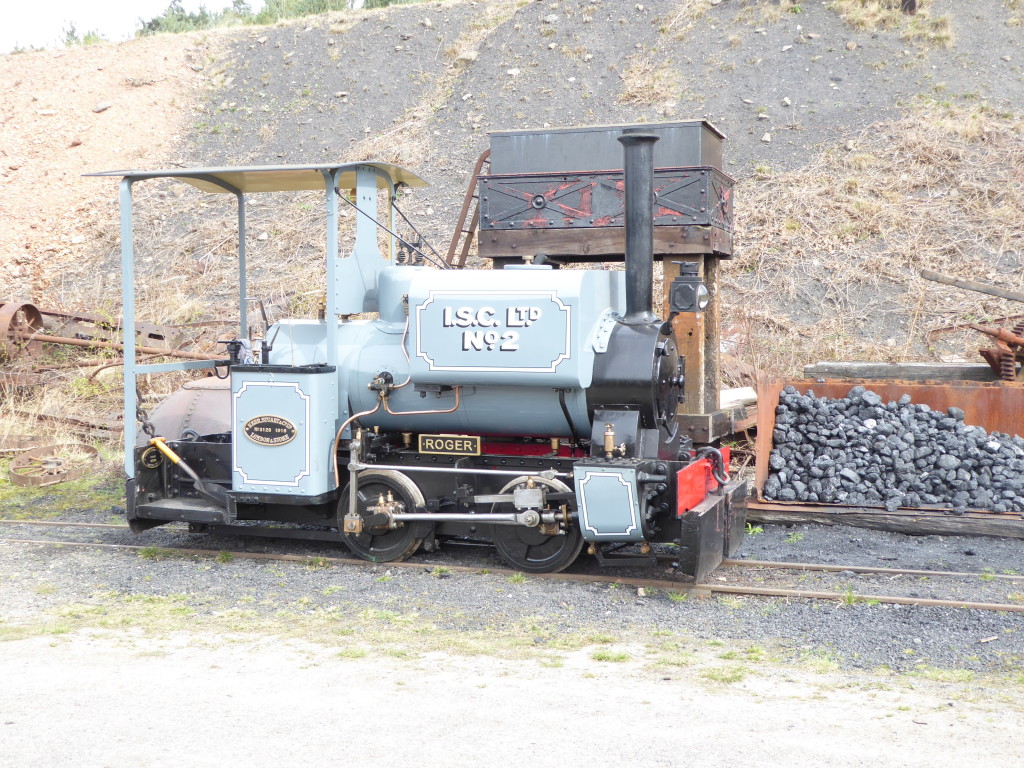 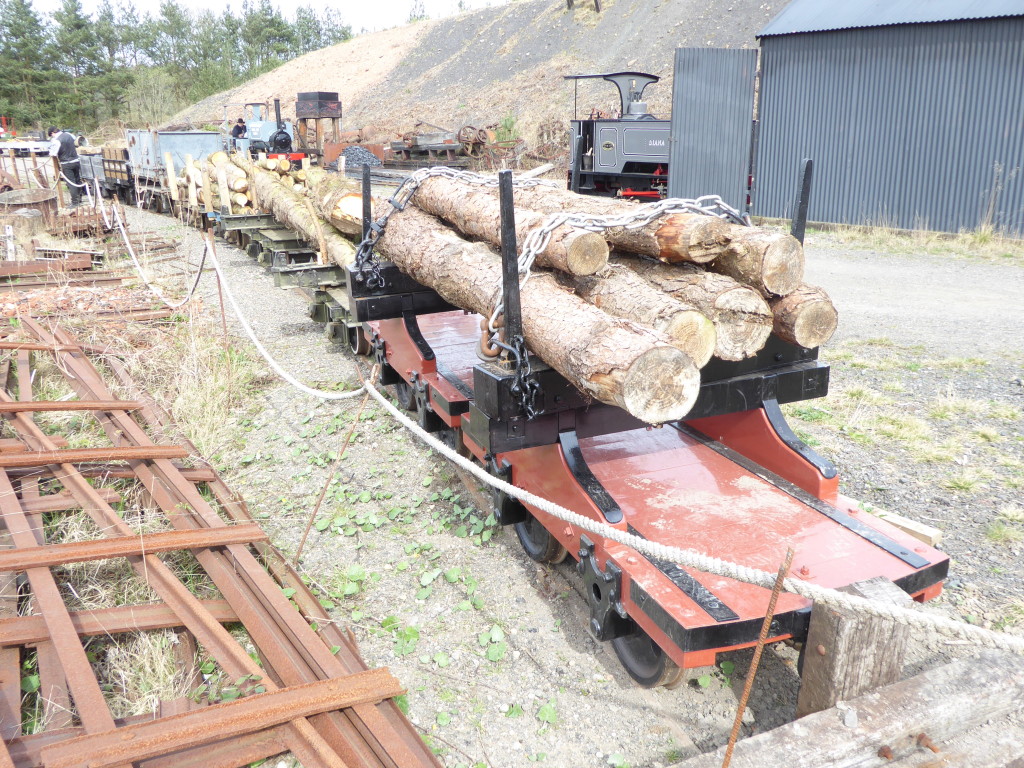 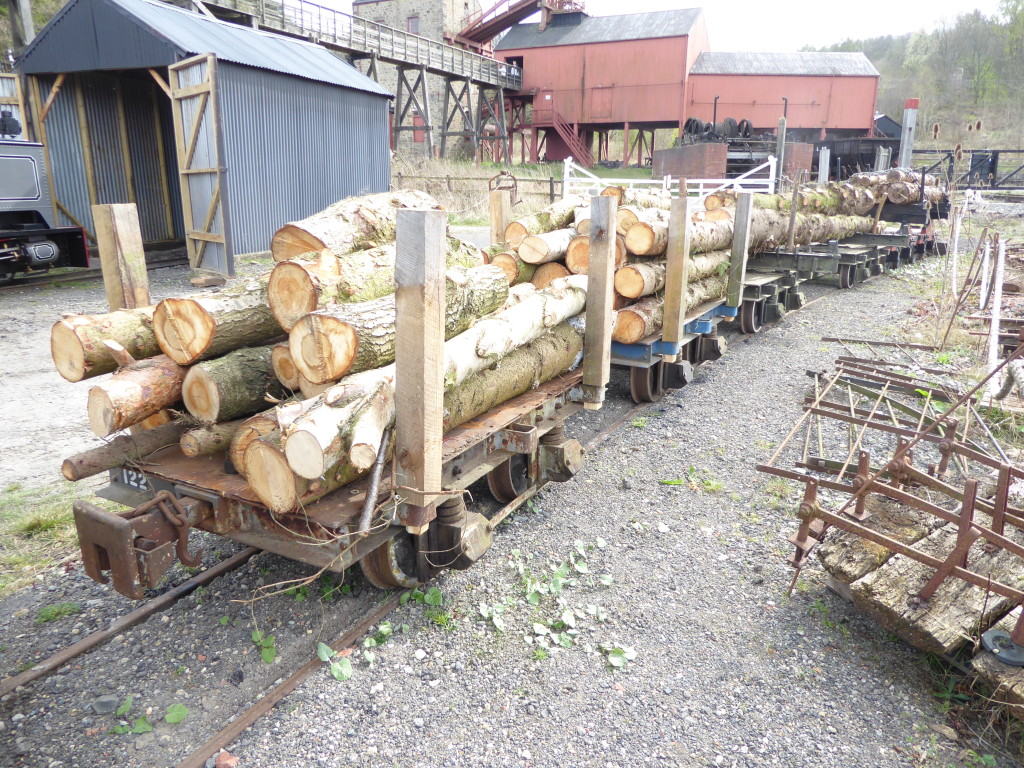 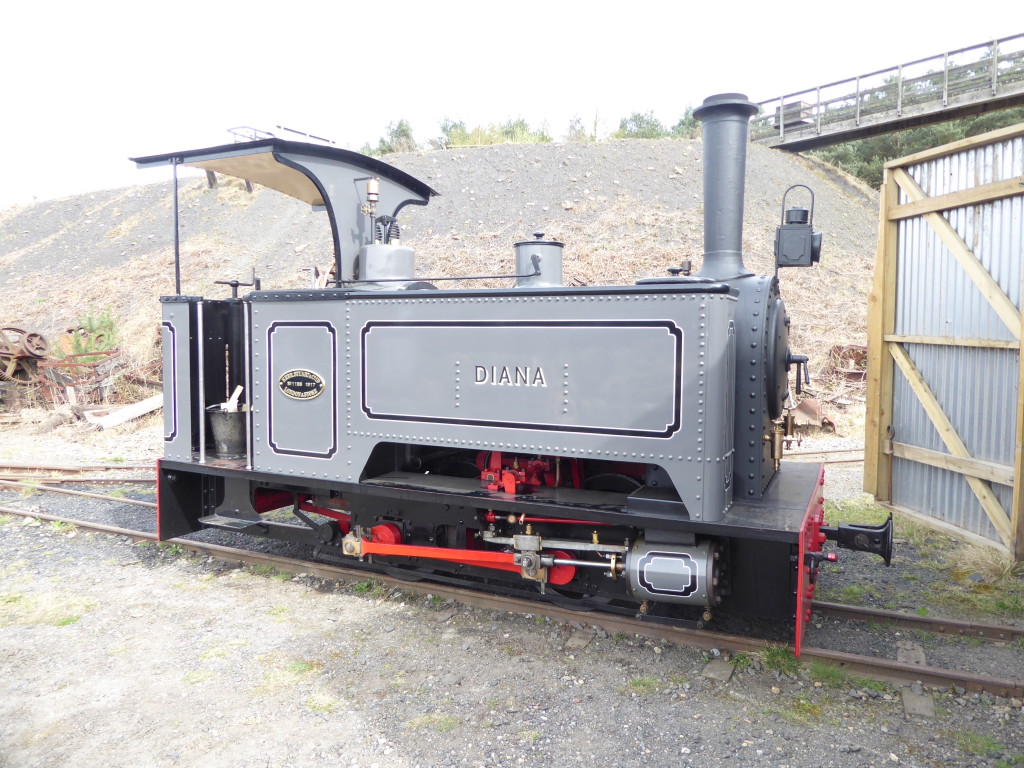 Below: So many years since the locomotive worked on the Kerry Timber Tramway during WW1, Diana is reunited with timber bolsters ahead of its shunting duties over the next four days. 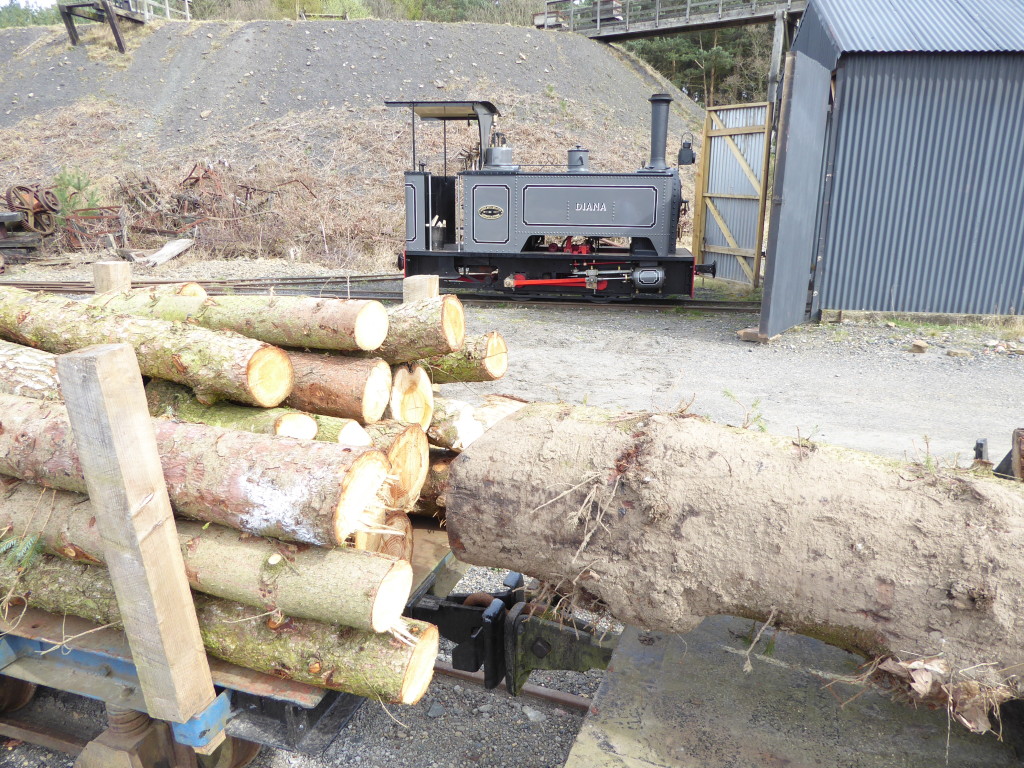 Below: A large number of traction engines and vintage/veteran vehicles have arrived over Wednesday with more to come Thursday and Friday, but no photos of these yet!  Here is one image, of the 1922 Tilling-Stevens TS3A Petrol-Electric motor bus which will be demonstrated around the site during the GNSF. 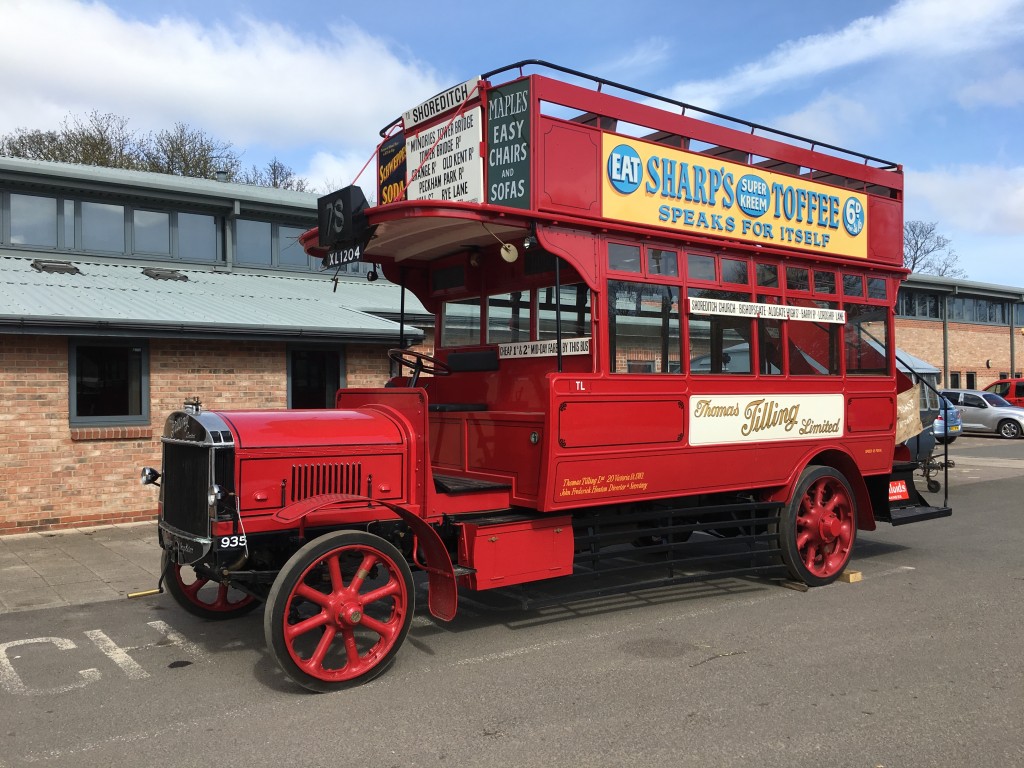 But really, the best way to see the variety of attractions is to come along!  10am – 5pm Thursday 6th April – Sunday 9th…