Month 2 and post 3! I had promised more information on Dunrobin’s restoration – so here it is, along with some other snippets of news that will be of interest to readers…

This project is really the one that continues to ‘give’! Having committed to the project as a comprehensive restoration, we are now at the ‘in for a penny, in for a pound’ stage of work where anything that presents a doubt, is being renewed. The boiler is largely complete (and awaits assembly), with a great deal of new material incorporated including new barrel, firebox outer wrapper skirts, all new stays, new longitudinal and palm stays, overhauled dome, new smokebox and new internal components such as the J pipe also being replaced. Whilst the locomotive is a historical exhibit, we will expect it to operate for many years at Beamish, and to this end, the restoration has been a no-compromise exercise. The frames have also received extensive attention, likewise the axleboxes (with improvements to enable them to be better serviced) and new tanks and ashpan are also in hand.

We are aiming for a locomotive good for 20+ years (fitting around boiler inspection and written scheme intervals) before any further significant work is required. This also motivated the manufacture of a new cylinder block (currently being set up) and now, new coupled wheels.

When we bought the locomotive, we could see some cracks in a small number of spokes. Once these were stripped at Bridgnorth, a great deal more cracks were revealed, to the extent that an independent inspection was commissioned using the magnetic particle inspection technique. The photos below vividly illustrate just what the problem is… 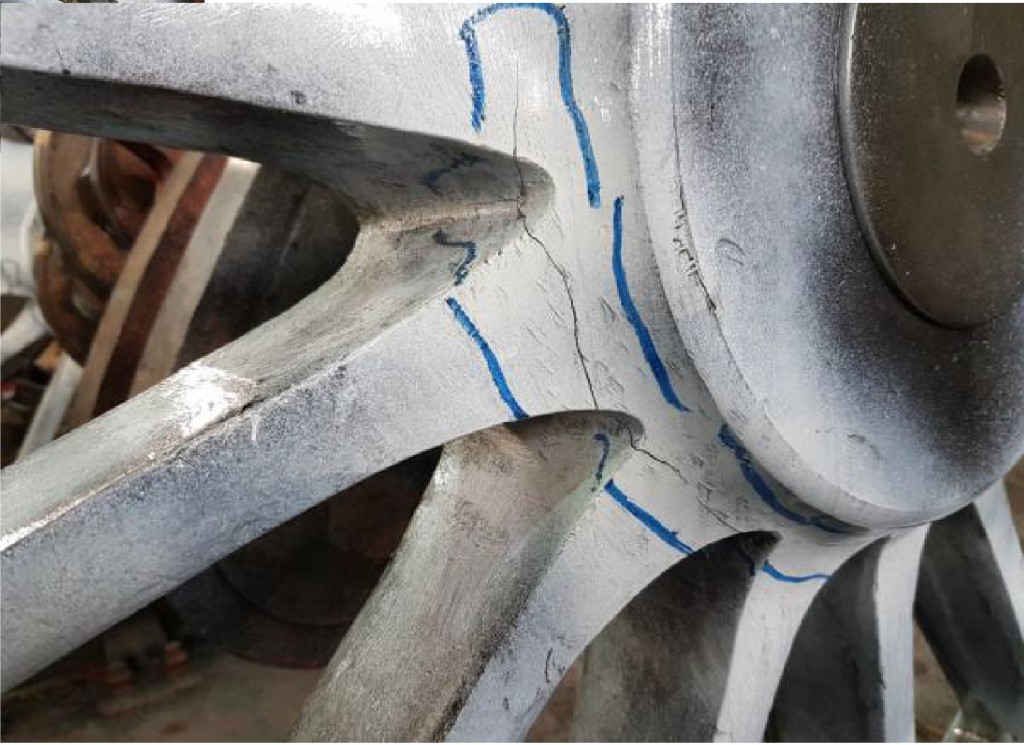 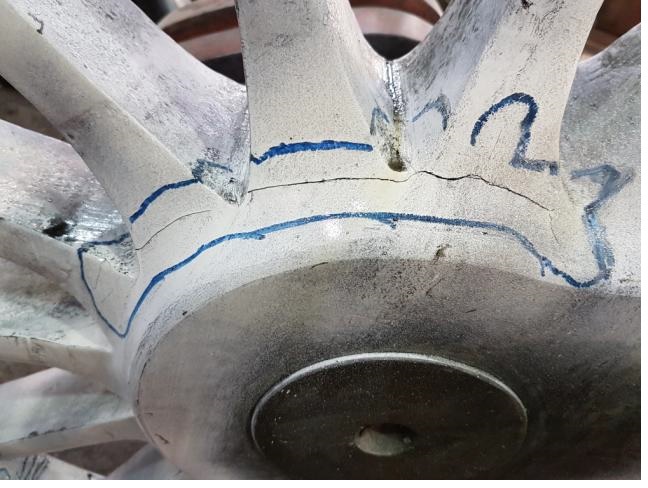 Faced with such extensive cracking, and knowing this could be an Achilles heel for the locomotive, the renewal of all four ‘driving’ wheels (coupled wheels) was investigated and as a result, this is now the approach being taken. The crank axle will be retained, whilst the rest (wheel centres, tyres, front axle and crankpins) will be entirely new.

This is obviously a huge disappointment and a very large cost to add to the project. However, it will match our desire to have the best possible restoration for the locomotive.

One thing that is worth adding here, once complete, Dunrobin will operate almost exclusively at Beamish – it has a considerable investment to repay! We have a small number of railways it could visit in mind, where it would be appropriate and add value to an event, if it is wanted there. I would love to see it operate in Scotland again for instance… Interestingly, the cost of hiring at the rate we operate, is equivalent, over 15 years, to the full Dunrobin project cost (including purchase, shipping, restoration, the saloon coach and the improved facilities at Rowley Station for it) so it does offer a very sound return on our investment in the medium term. Plus has the advantage of the footplate seat for a number of passengers…

Timescale wise, the delay is significant but not as bad as one might assume (and no, I won’t say how long!). There is an interesting curatorial debate to have regarding the restoration and operation of the locomotive – given it was so recently steamed in Canada before purchase. We are introducing a considerable amount of new material to the locomotive, but this is in the interests of sustaining its operating well into the future and giving Beamish a very sound return on the investment and a reliable locomotive with which to bring the NER station to life – such an important part of our visitor engagement there.

Below: The station team have been busy improving the exhibits within the goods shed display – including a repaint for the NER G2 goods van. This is a hugely important vehicle and very much on the ‘to do one day’ list. For now it remains under cover and forms part of this display. The Tranship van will also be tackled and the GWR Mink is now in the RMS to dry out to enable completion of its repaint and tidy up for display. 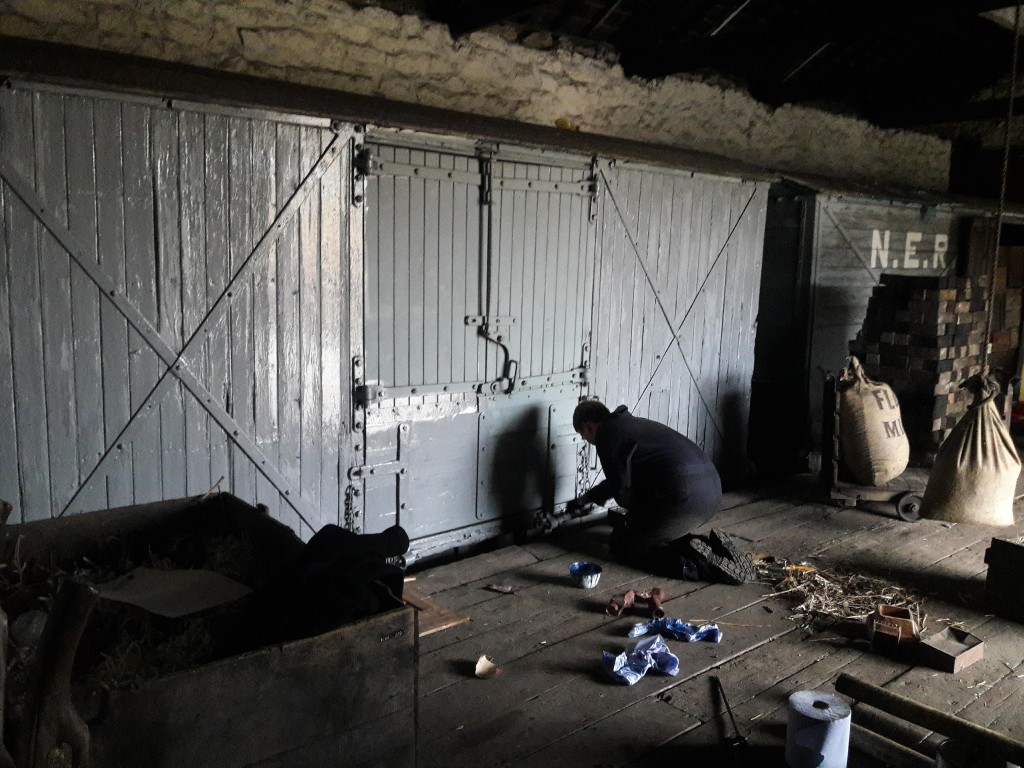 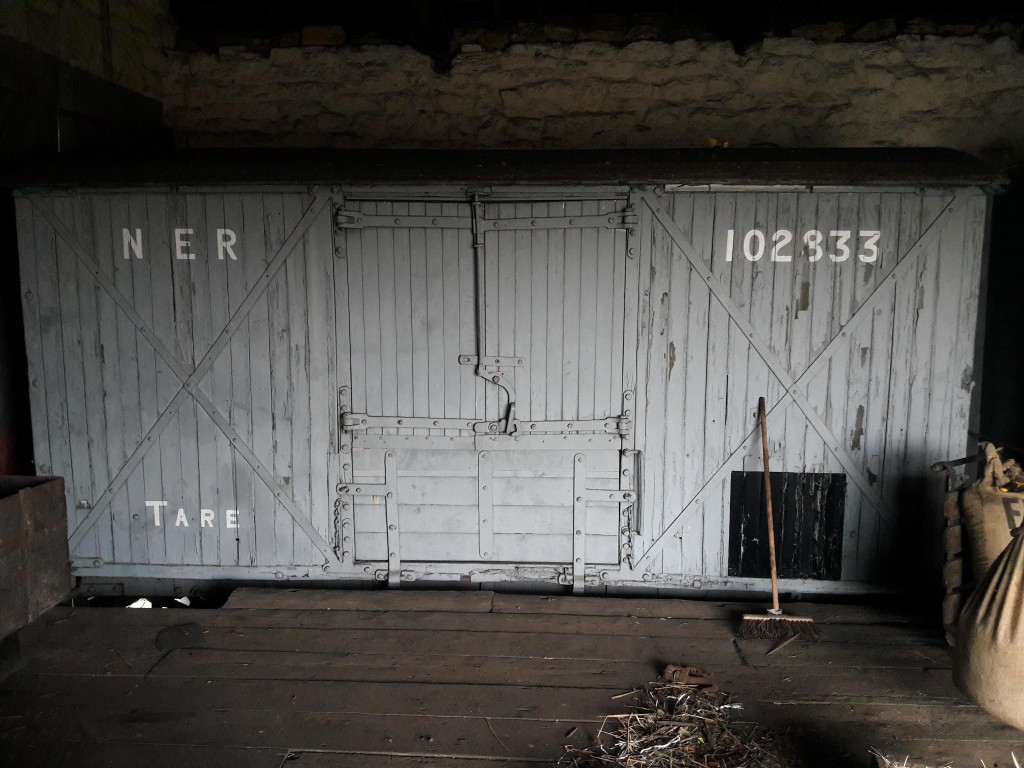 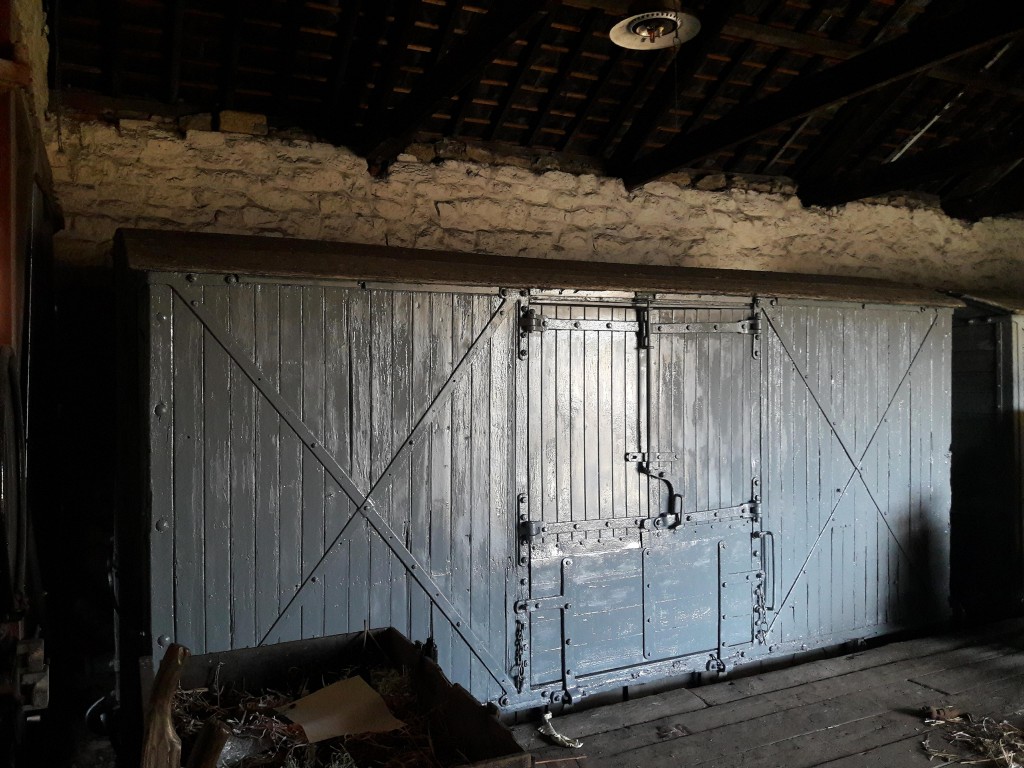 Below: Negotiations for another hire locomotive to operate at Rowley later in 2018 is being concluded – this being the M&GN Railway Society’s Hudswell Clarke 0-6-0ST ‘Wissington’. Built in 1938 it worked at the British Sugar Corporation’s Wissington works, where a network of private railway lines enabled beet to be harvested and delivered for processing. Wissington was withdrawn in 1972, passing to the M&GN Railway Society in 1978 and moving to the North Norfolk Railway where it was eventually restored. Of particular interest to us is that it worked alongside our own Manning Wardle 0-6-0ST ‘Newcastle’. It is unlikely that they will meet at Beamish however, this time anyway…

It is terrific to work with another group, especially one dedicated to the preservation in working order of an industrial steam locomotive such as Wissington. It will also be recreating a very nice light-railway scene with the two four-wheel coaches now in use at Rowley. Our thanks to the M&GN Railwlay Society for making this hire possible.

You can read more about Wissington and the M&GN Railway Society on their website here: http://mandgn.org/page.php?pid=30 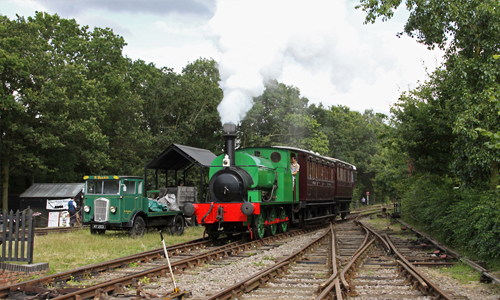 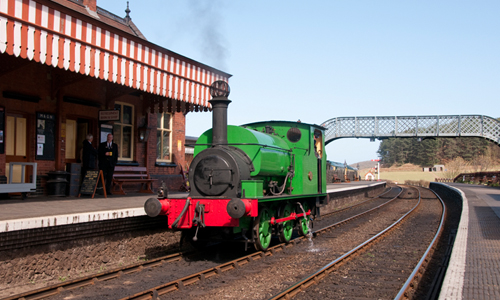 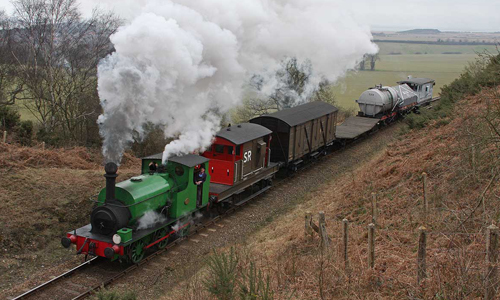 Remaking Beamish is gathering momentum with progress continuing on the civil engineering stages of the programme. The area to the front of the tram depot is likely to be recipient of attention later in the spring, and to this end a start has been made on clearing the space in readiness for setting up a construction compound. This view should change dramatically during 2018, so I thought a ‘before’ photo would be of interest… The area I am stood on should also form a new apron for both shunting and also turning the Colliery bus services in rather more space than they have at present… 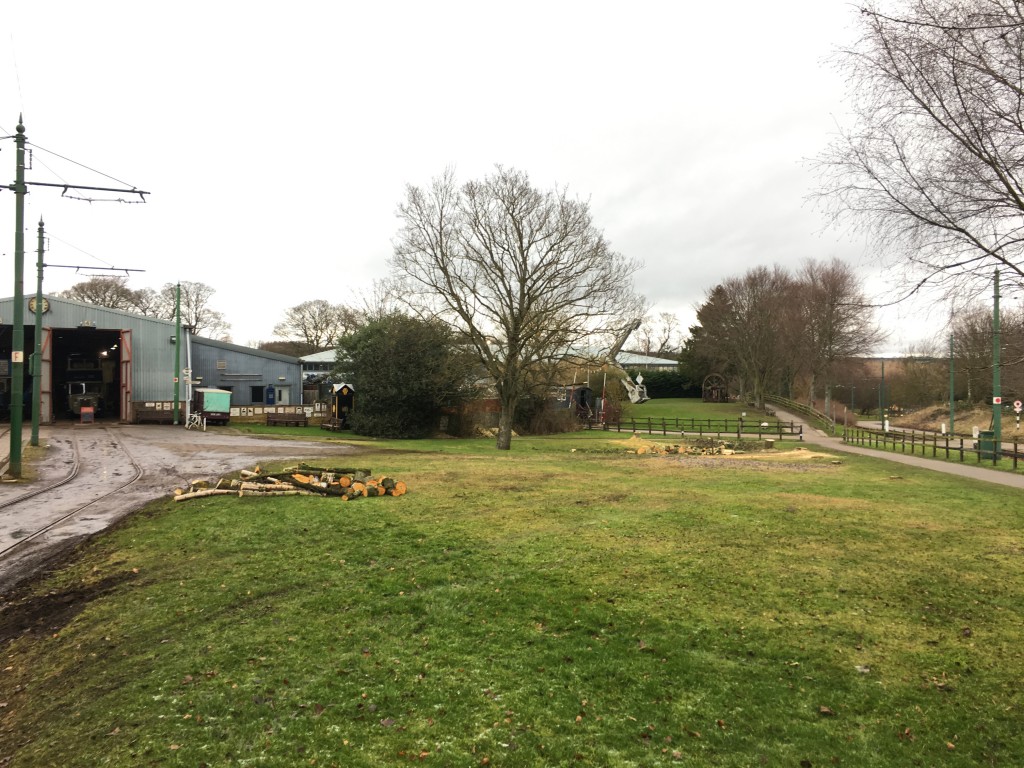 Next time we should have more on the steam maintenance programme from Matt Ellis, and I’ll try and update the RHEC works currently underway including some of the narrow gauge waggon restoration progress.