More updates on ongoing projects and maintenance this week… The RHEC is making headway on a number of fronts, some of which are smaller jobs which promise to be reasonably time consuming but have terrific benefit to visitors to the museum.

Below: A pile of machined and shaped wooden components for a forthcoming ‘fill-in’ project (using various bits and pieces lying around the workshops) – more will be revealed in due course… 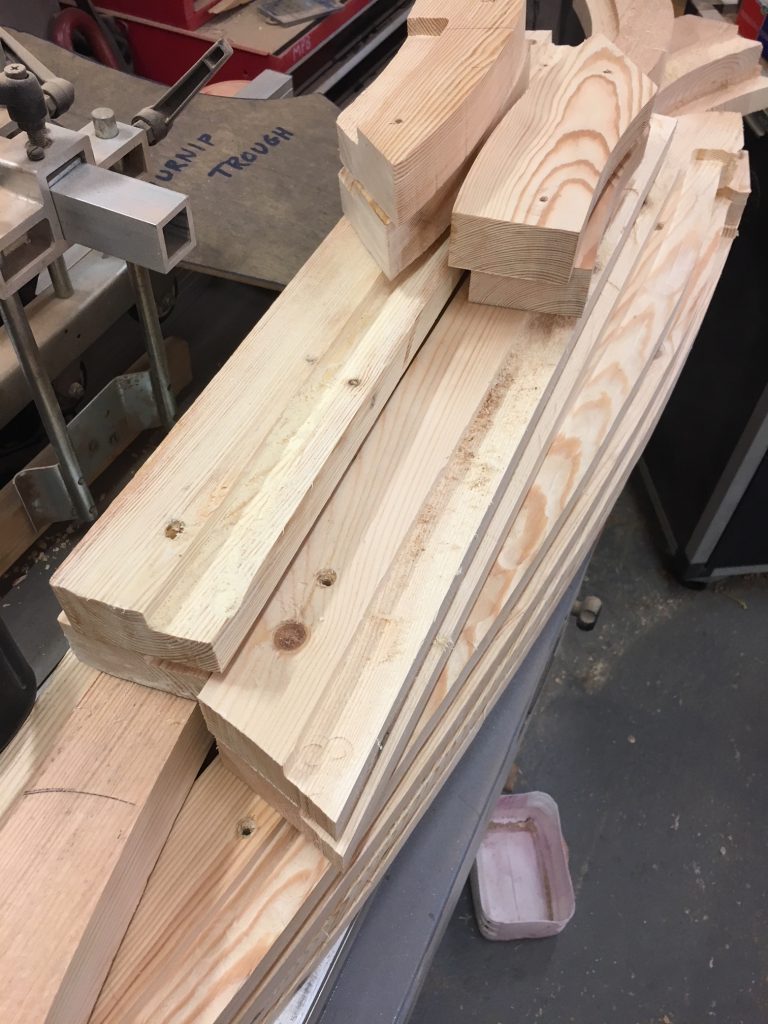 Below: This heavy duty ‘ladder’ also forms part of the above project, being rapidly manufactured earlier this week. 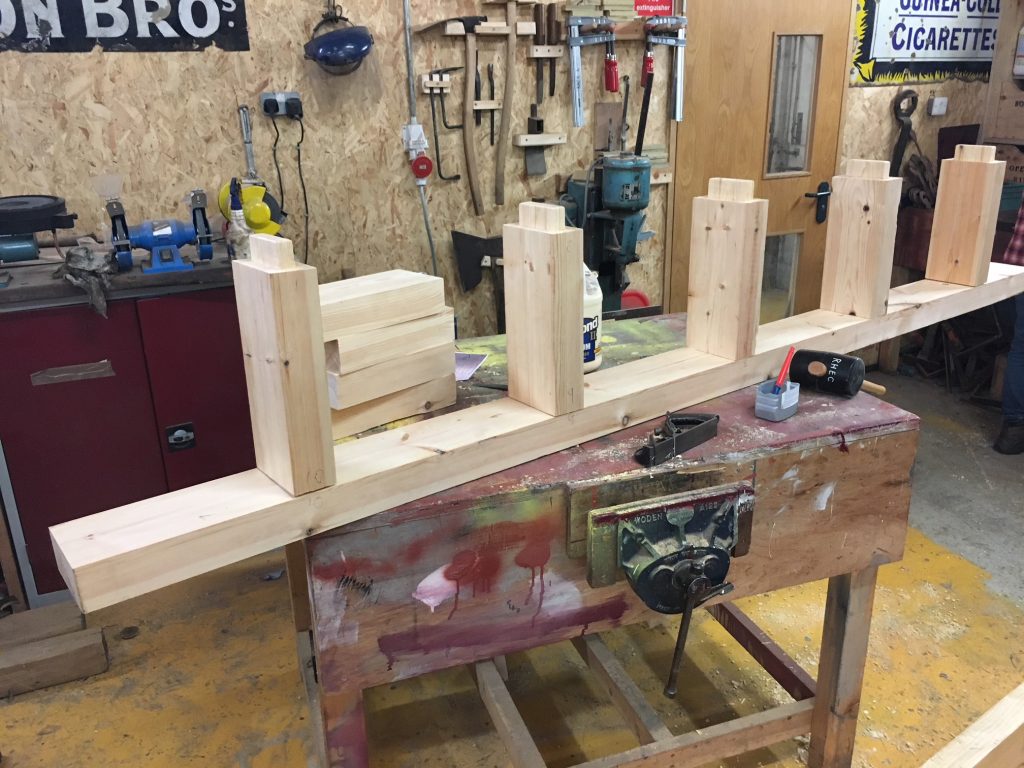 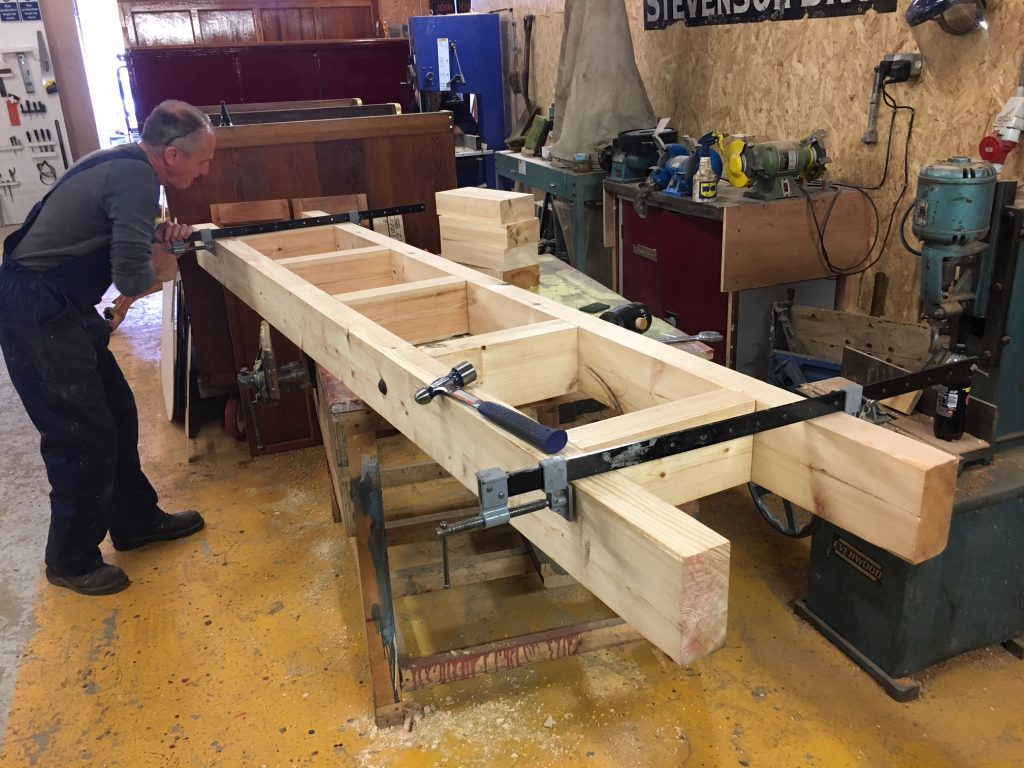 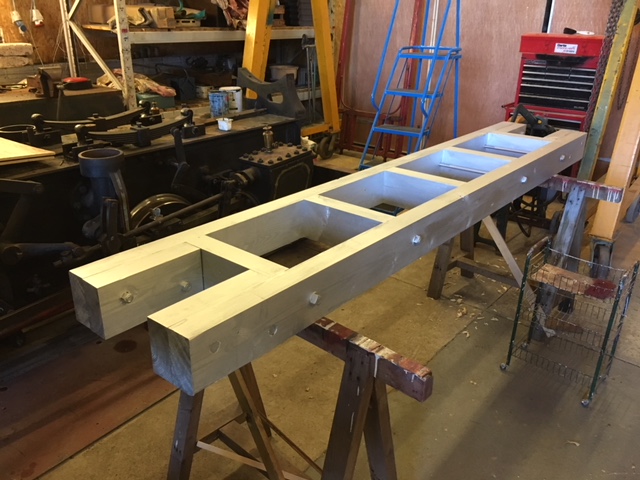 Below: Volunteer Peter has tidied up this crossing gate lamp from Rowley Station.  The glass had been smashed by stone throwers, so will be replaced in Perspex to try and achieve some longevity against vandalism. 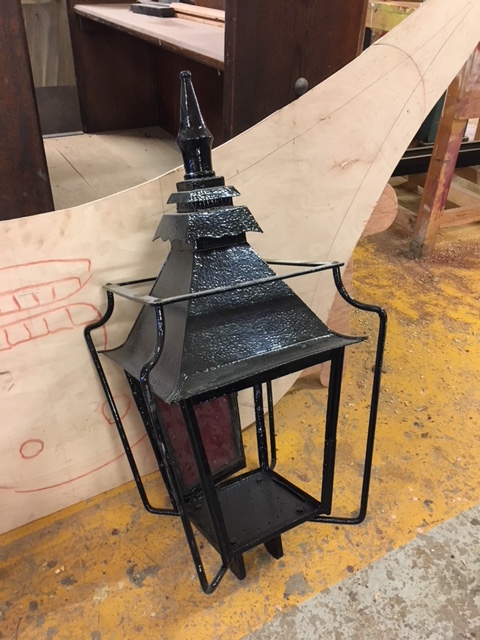 Below: The loose seating in the Duke of Sutherland’s saloon, 58A, has been found wanting.  Tony is manufacturing three bench seats to fit the interior and improve the seating capacity as well as layout.  Using some derelict seat ends, purchased years ago at auction, he is restoring these and constructing the benches which will be sent away for upholstering.  Hopefully the seats will also protect the historic panels within the coach as well as have an appropriate appearance for the coach. 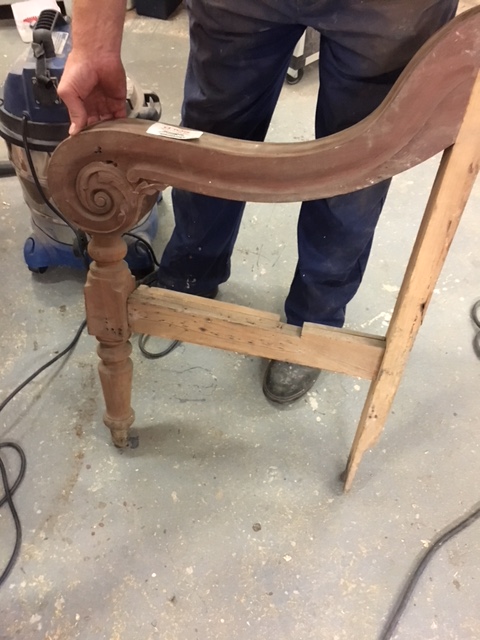 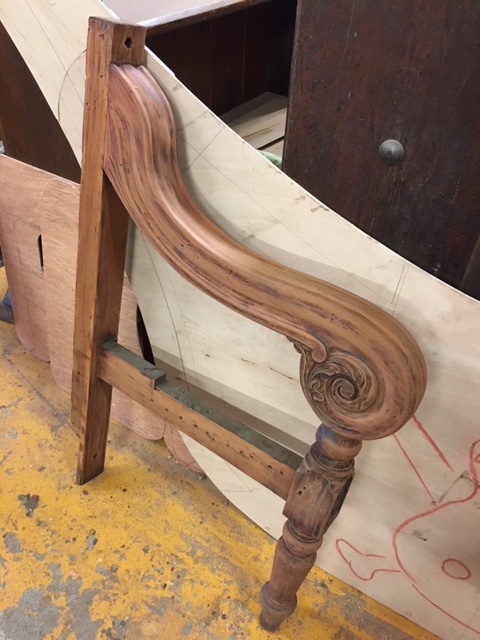 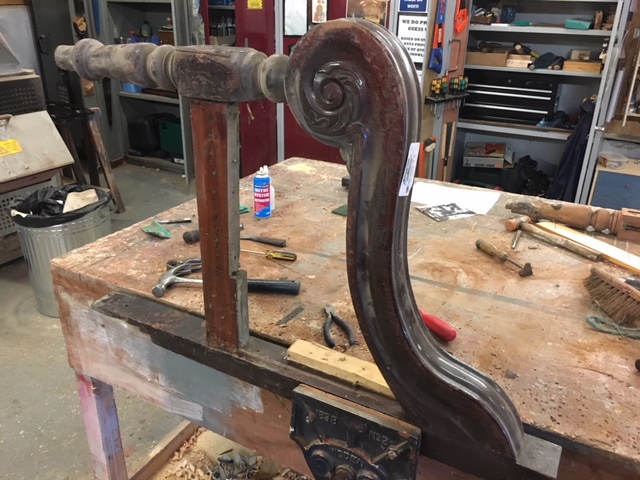 Below: The Friends team working on the horse tram have been making great progress on the dash panels, staircases and now upstairs seating – for which a prototype garen seat has been manufactured.  The handbrake column is also temporarily fitted. 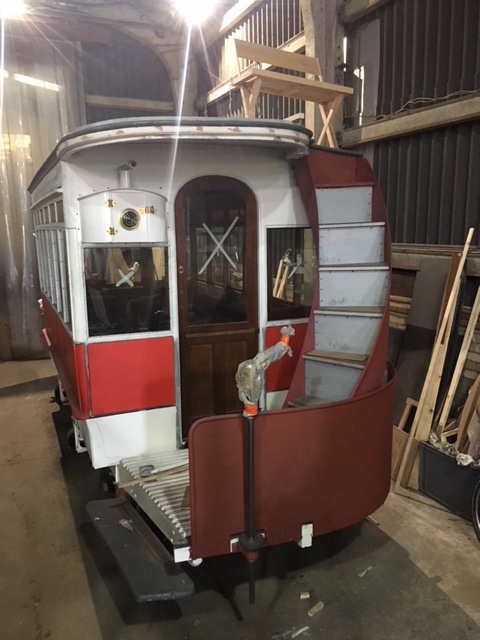 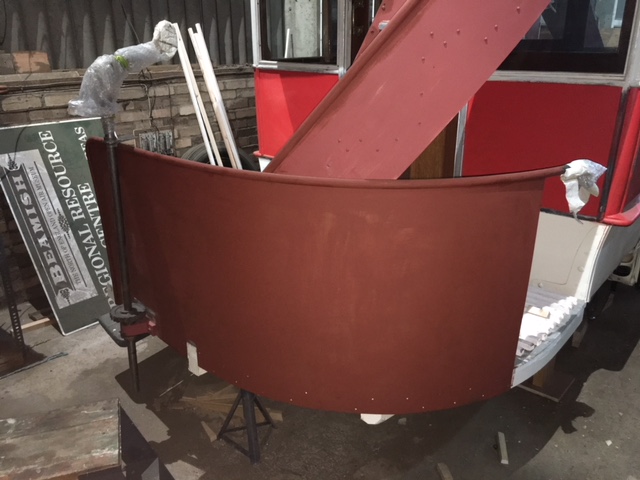 Below: More coats of varnish have been applied to the Dandy coach, which has also had cosmetic W irons made and fitted plus beading capping attached (more redundant church pew material!). 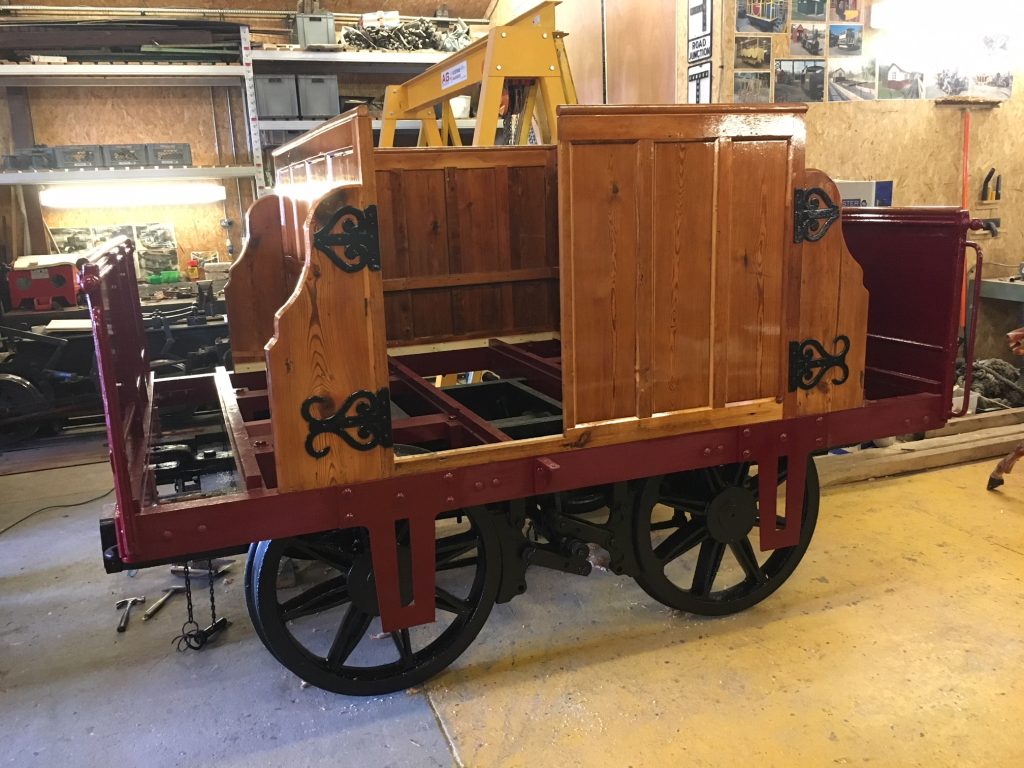 Below: Peter and Victoria working on the doors for the GW Mink located at Rowley Station.  The tidying up of this van has been a slow process, largely carried out by volunteers as and when the opportunity allows.  It was selected as being the easiest wagon at Rowley to improve the appearance of, and a rough list of projects would be to tackle the NER fire engine next, then the NER birdcage brakevan and S&D Forcett coach.  Though no resource is currently allocated to these jobs. 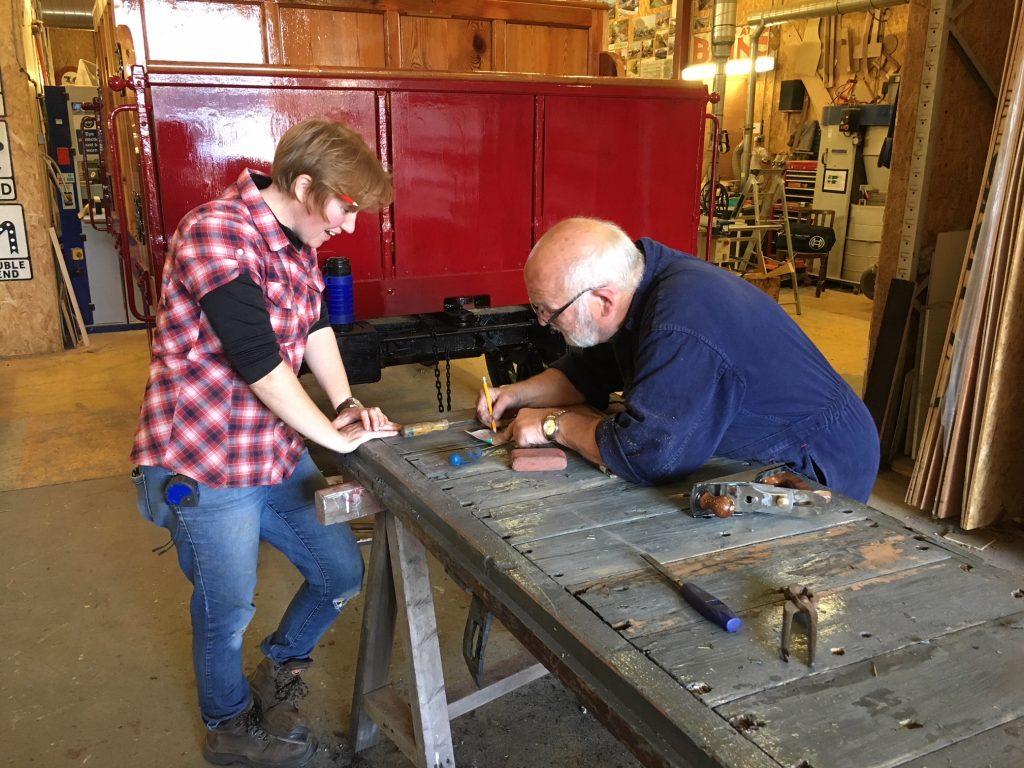 Below: I haven’t mentioned Dunrobin for a little while.  I hope to have some images soon of the new driving wheels.  Meanwhile, the new tanks have been completed at Dinas and await movement to Bridgnorth to add to a growing assembly of locomotive.  Issues with the new cylinder block require remedial attention and it will be removed shortly to allow this work to be carried out.  This is yet another frustrating delay to the project, which is otherwise making steady progress, with parts being reassembled now.  I hope to have more news on the rebuild soon… 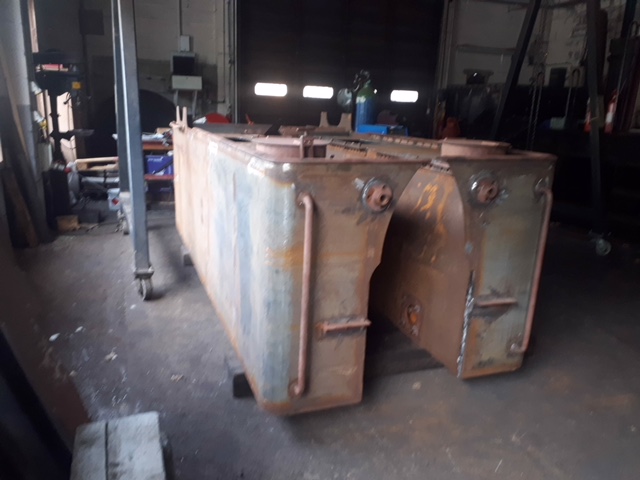