Below: Rambler, which is in use at least two days per week, suffered a hot big-end bearing at the beginning of the week.  This is the bearing where the connecting rod is attached to the crankshaft.  It is a high-load point and lubrication is critical.  Though worn (the roller is due a mechanical overhaul within the next two years), there was possibly oil starvation to the bearing due to an incorrect cork plug being fitted at some point in recent weeks.

The roller limped home to the tram depot and was parked adjacent to the machine shop.  Matt stripped the big brass  and cleaned then scraped it in, as well as polishing the journal (upon which the big end brass runs).  A special bearing compound was applied to the reassembled big end and the roller was run on air for a period of time to bed the repair in – before being steamed the following day and tested.  This proved to be successful and the work was signed off as complete within 24 hours of the failure being reported.  It has reinforced the advantage of being able to bring the work to the workshop rather than carrying it out remotely…  We have a plan! 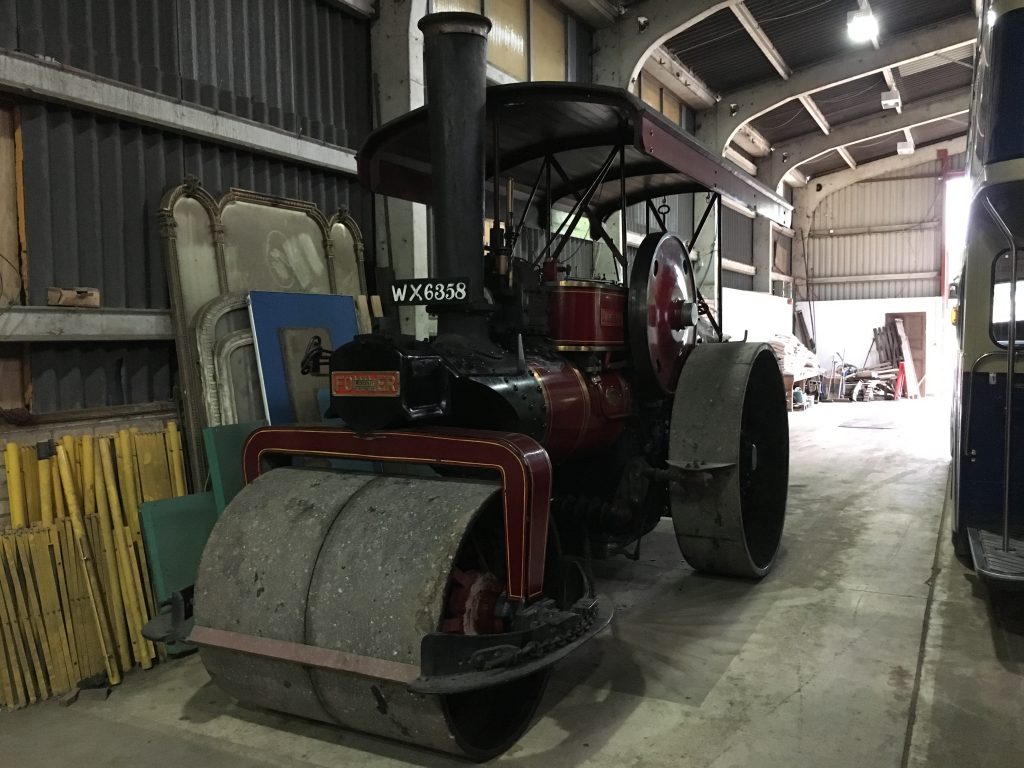 We have also appointed a machinist/fitter to work within the workshops, which will greatly increase our capacity to carry out engineering work in-house, particularly alongside the work Chris already does.  With this new role, plus apprentices, we are really looking forward to seeing what can be done now, to our own timetable too.

Below: Over the road in the RHEC, the benches for the Duke of Sutherland saloon have progressed towards completion and readiness for upholstering.  The stain will be mahogany, well varnished and with a green leathercloth finish to compliment the coach livery. 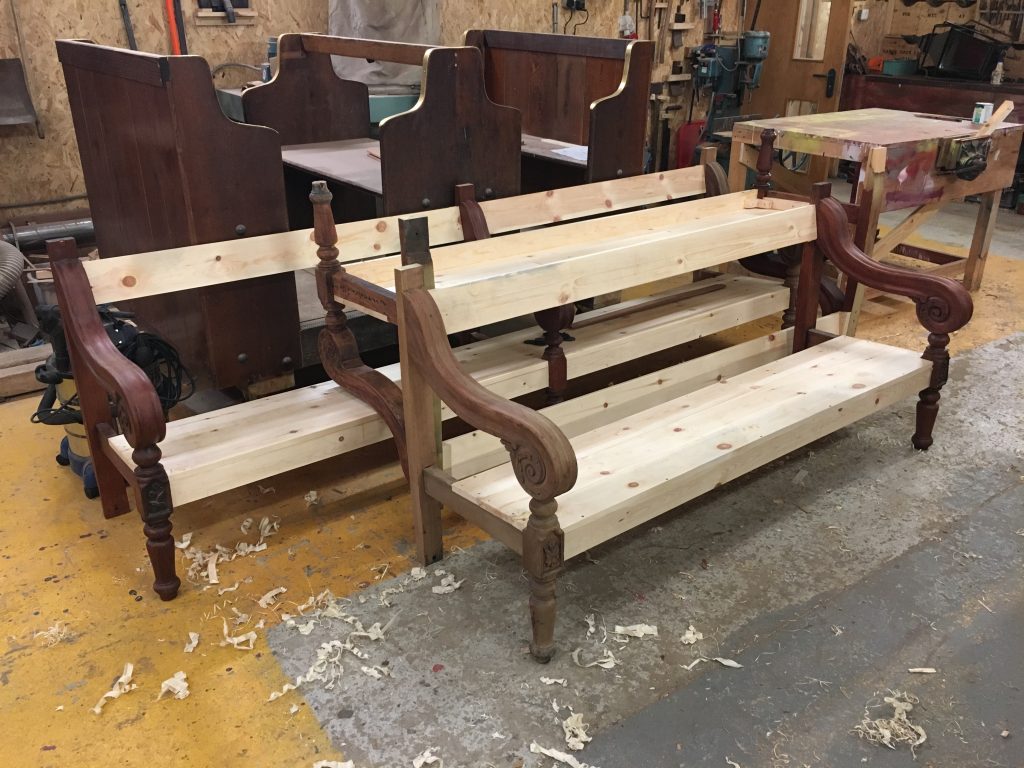 Below: The new Waggonway coach is also nearing completion.  The seats have been fitted and more varnish applied.  Doors have also been hung, stepboards made and fitted and the floors made and fitted.  It still awaits a few details plus the modified brake assembly to allow the relocation of the brake column to the end of the coach.  I am hoping to obtain a tramway-style brake handle to replace the present arrangement, functional as it is. 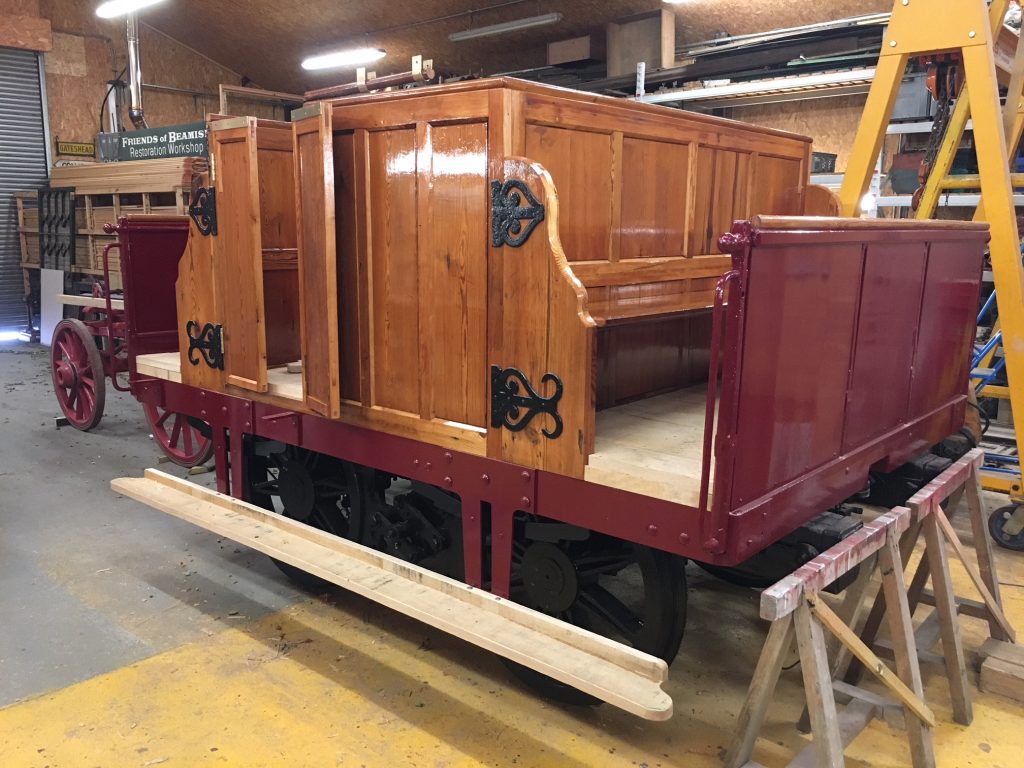 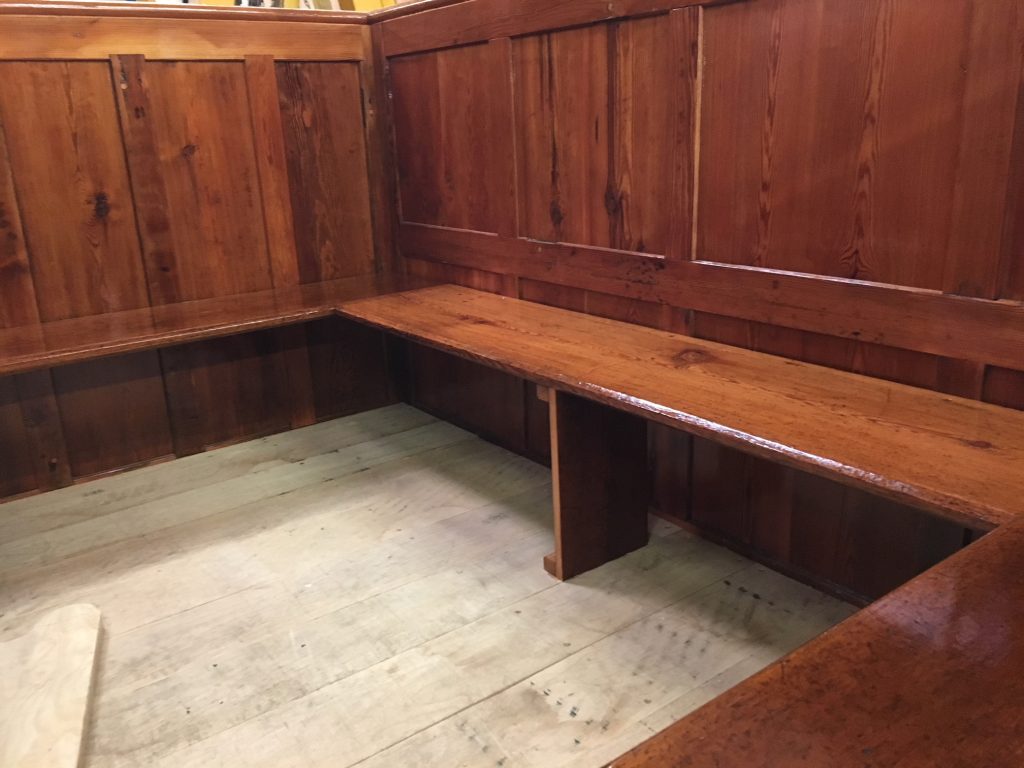 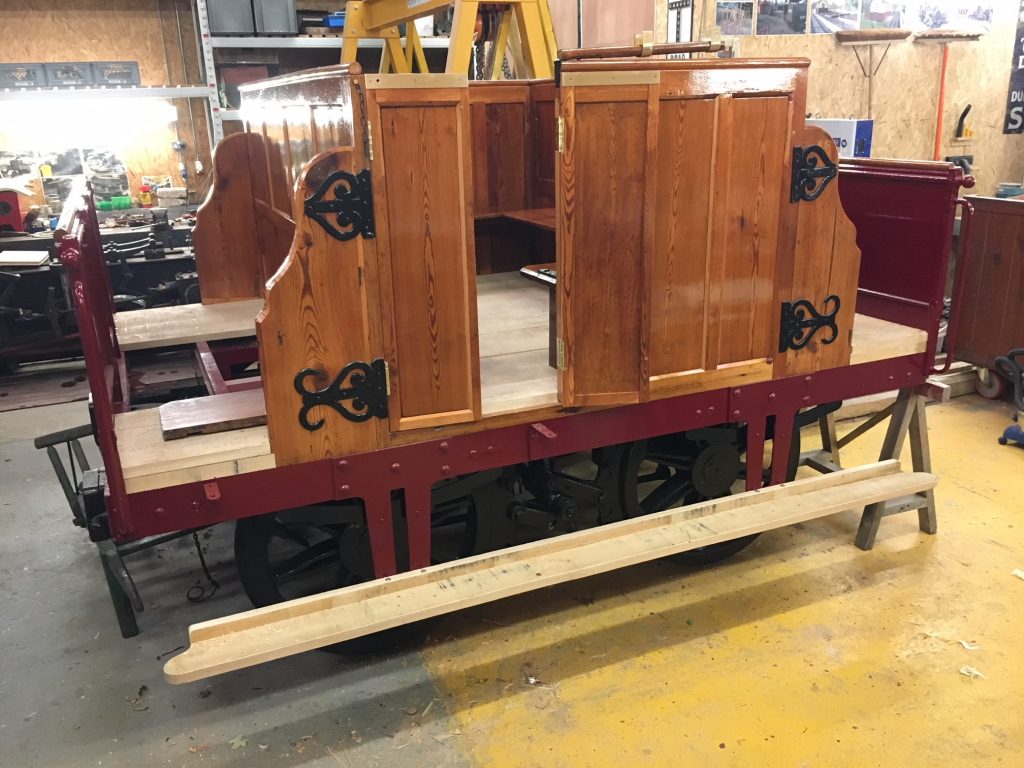 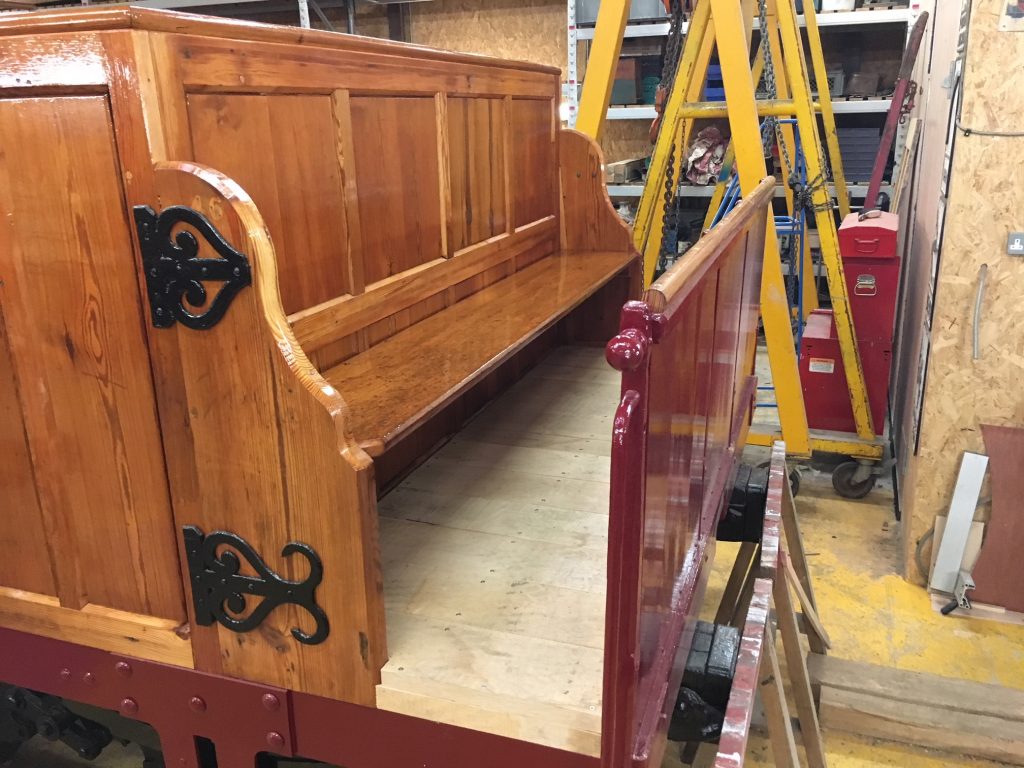 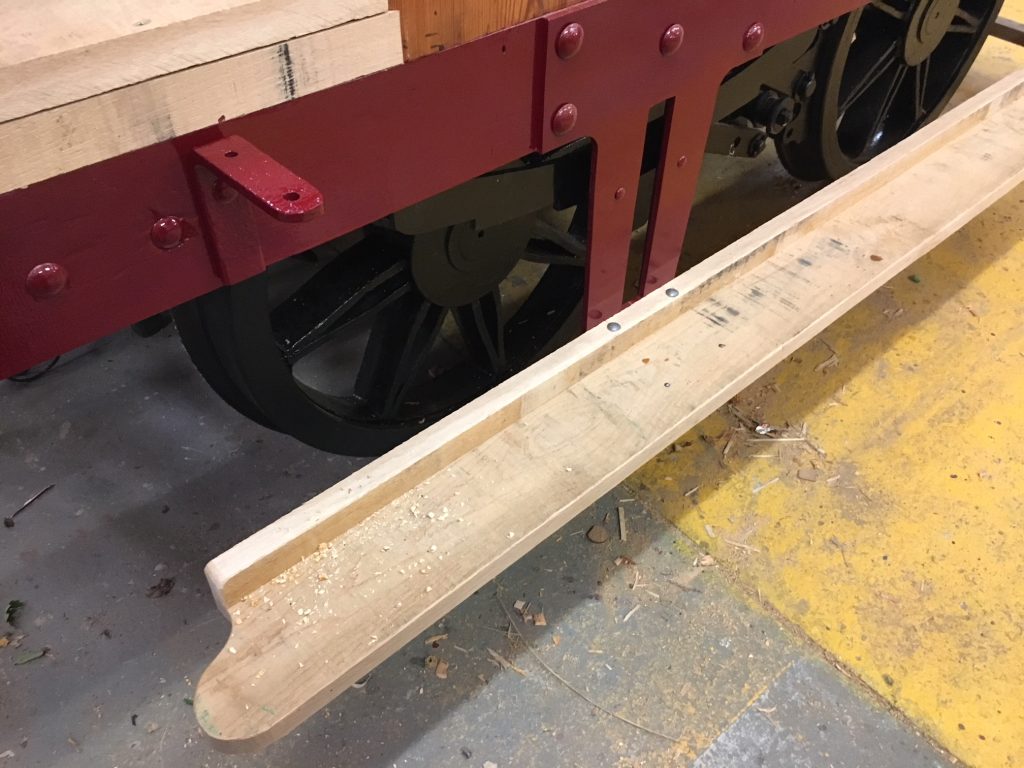