In June 2014, we announced the purchase of our next accessible bus, know more correctly described as a Wheelchair Accessible Vehicle (as it is often pointed out that all buses are accessible…).  After a prolonged, expensive and intensive restoration (replication/reconstruction) plus adaptation to carry wheelchairs, the bus is complete…

Below is a link to the the first blog post on the bus, introducing Crosville 716, a 1933 Leyland Cub KP2 with Brush bodywork (the latter being somewhat nebulous at the point of recovery).

The project has had many ups and downs, but is now, finally, complete.  The next steps are to commission 716, including weighing it, brake testing, MoT (though not strictly necessary, it gives us a good baseline and forms an important part of the vehicle’s technical file and complies with our operating policy at Beamish), exemption statements plus testing, accumulating some miles and driver training (so that staff can be signed-off on this particular bus, in the same way that they are for each of our other passenger carrying vehicles).  We hope to have 716 in service in July, but visitors can look forward to seeing it on test before then, as the museum staff get to know it.

Below: Here it is – I’ve been looking forward to putting photos of the finished bus, at Beamish, for a very long time!  I will put a more detailed feature on the blog in due course, perhaps including a video and walk-around showing 716’s features and the adaptations made to suit its new role at the museum. 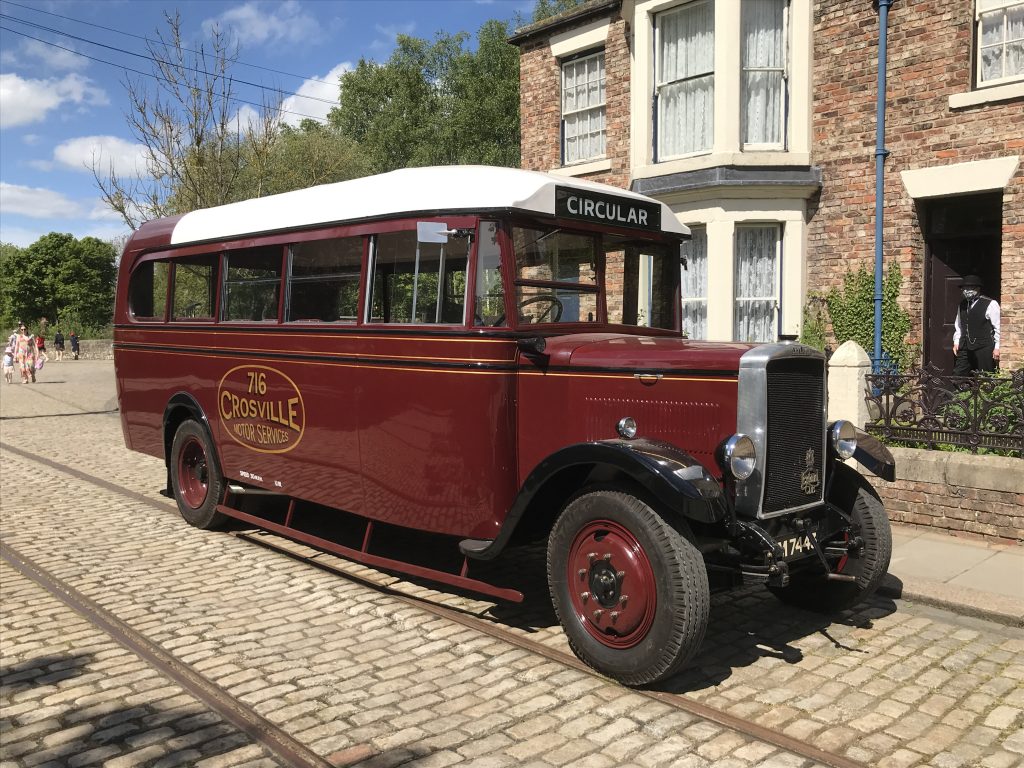 Below: It was collected by the bus and vehicle fitting team this morning, following inspections over a number of days and a few trial runs around the locality of Spennymoor (where the work has been completed).  Some adjustments were made this morning after Russell and Alan had had a night to think on some solutions, and once their work was completed, they test ran it this morning.  As it was running well, they then decided to drive it back (rather than low-load it), with the 17 miles being covered quickly and successfully.  Within half an hour of arrival at Beamish, we ventured onto site to take some photographs whilst it is still box-fresh! 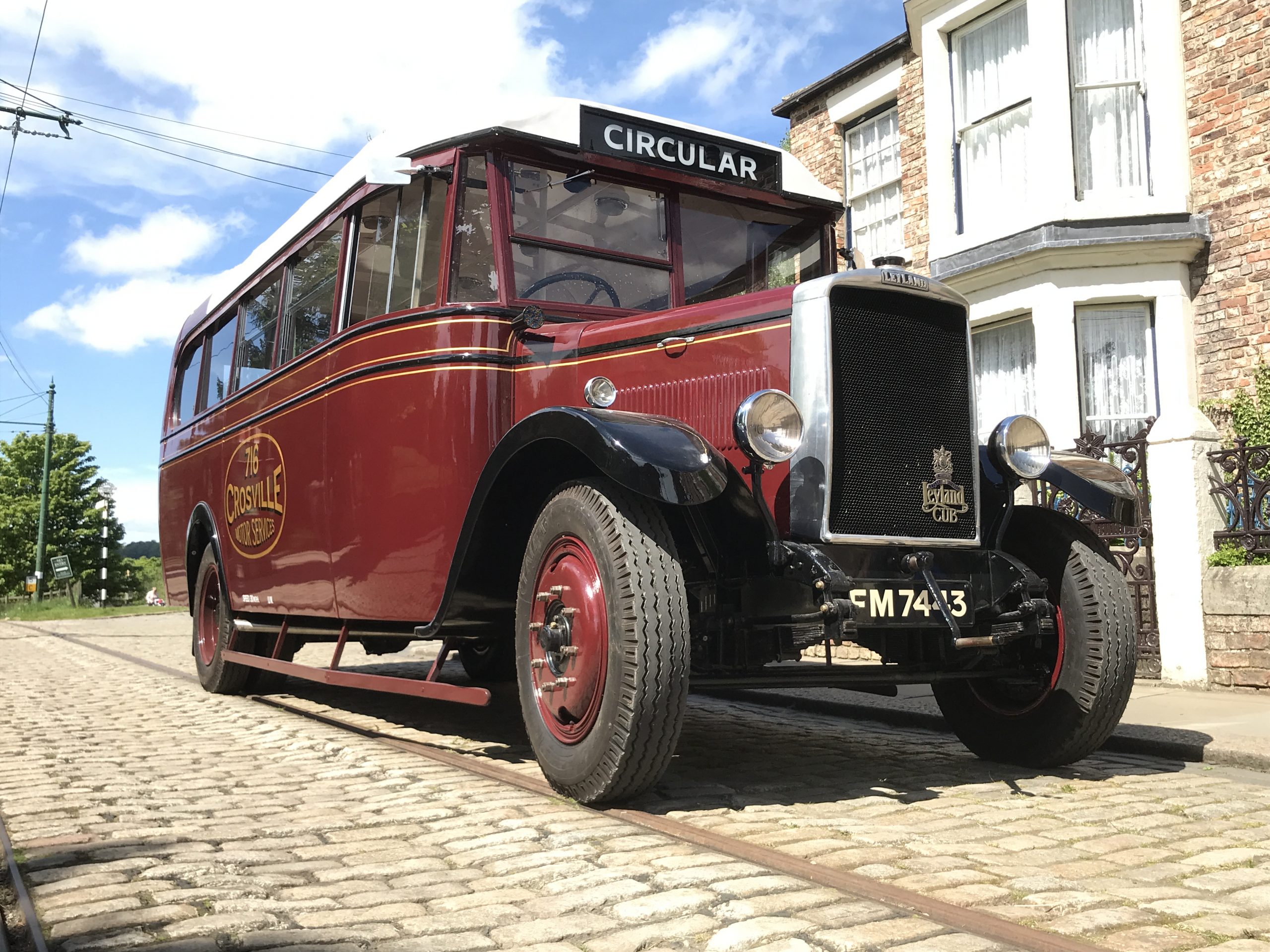 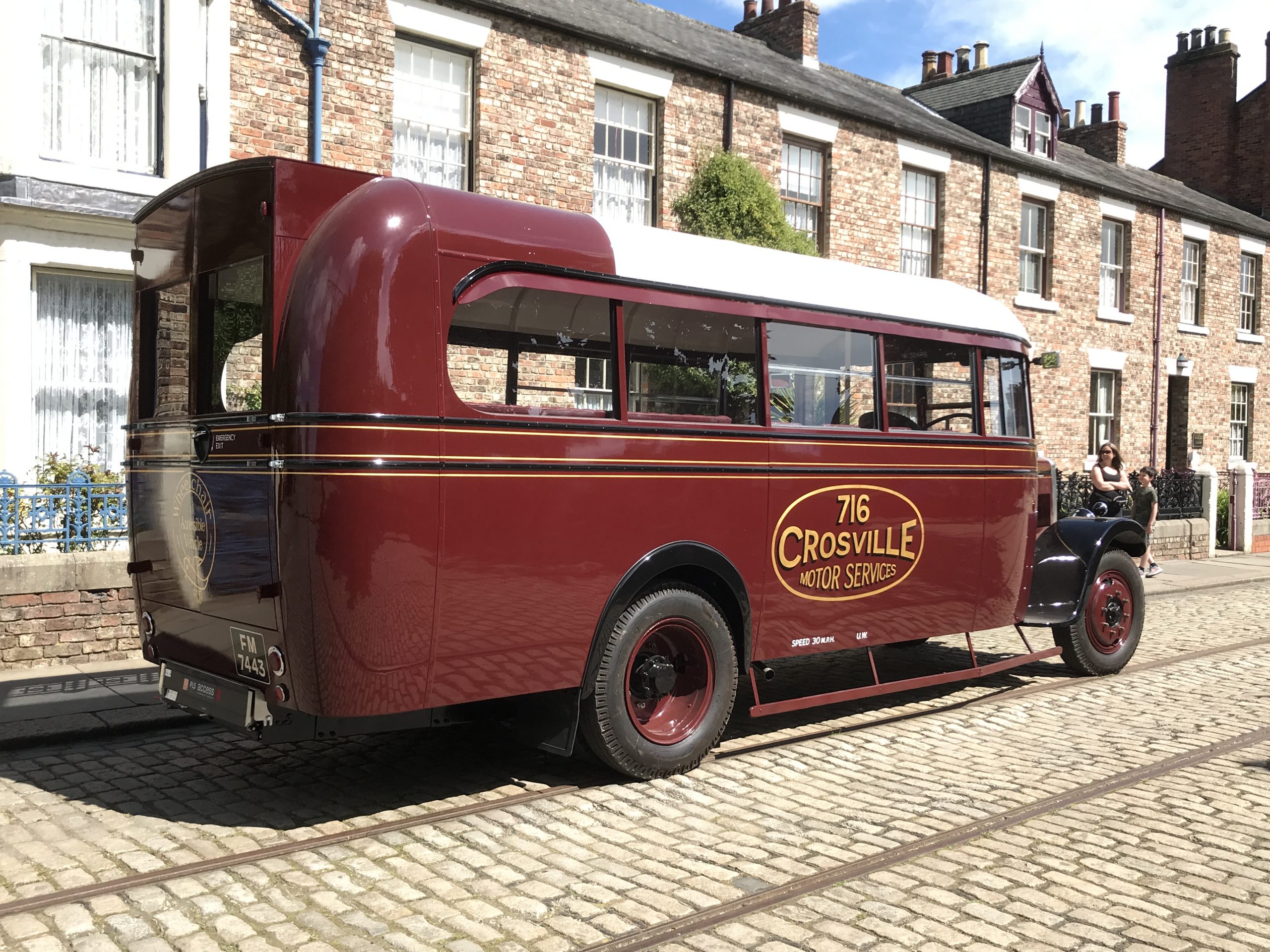 Below: The original operator name for 716 is in no doubt!  The gold, shaded black and crimson paint look superb (but are quite hard to satisfactorily photograph due to the reflection!). 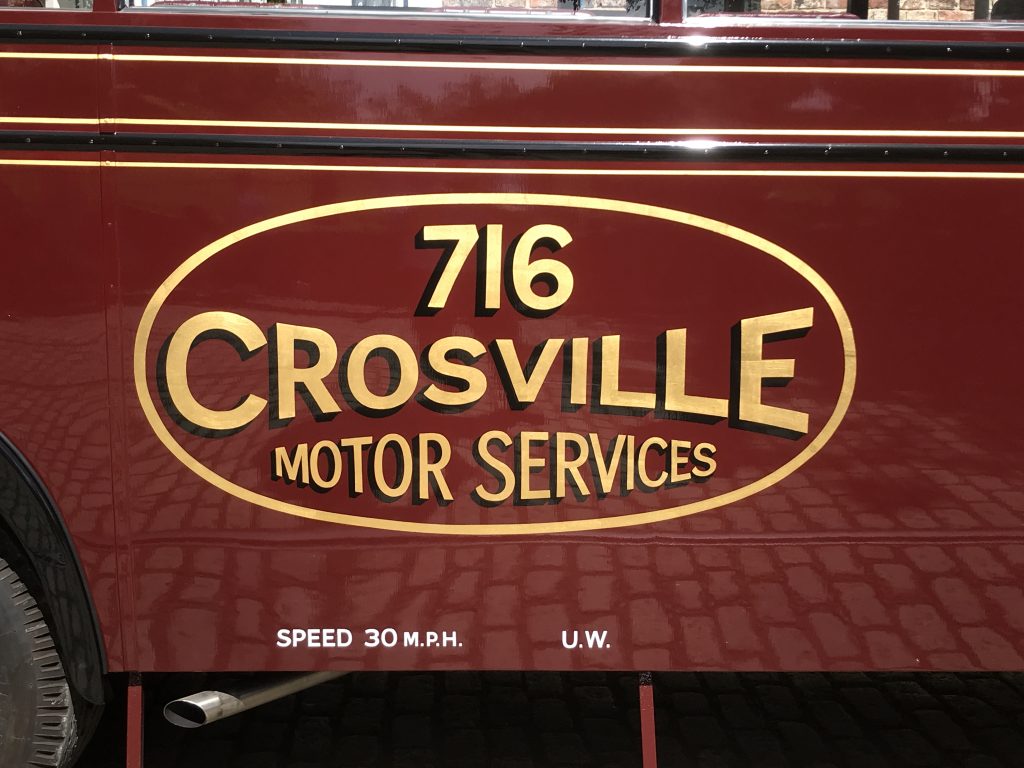 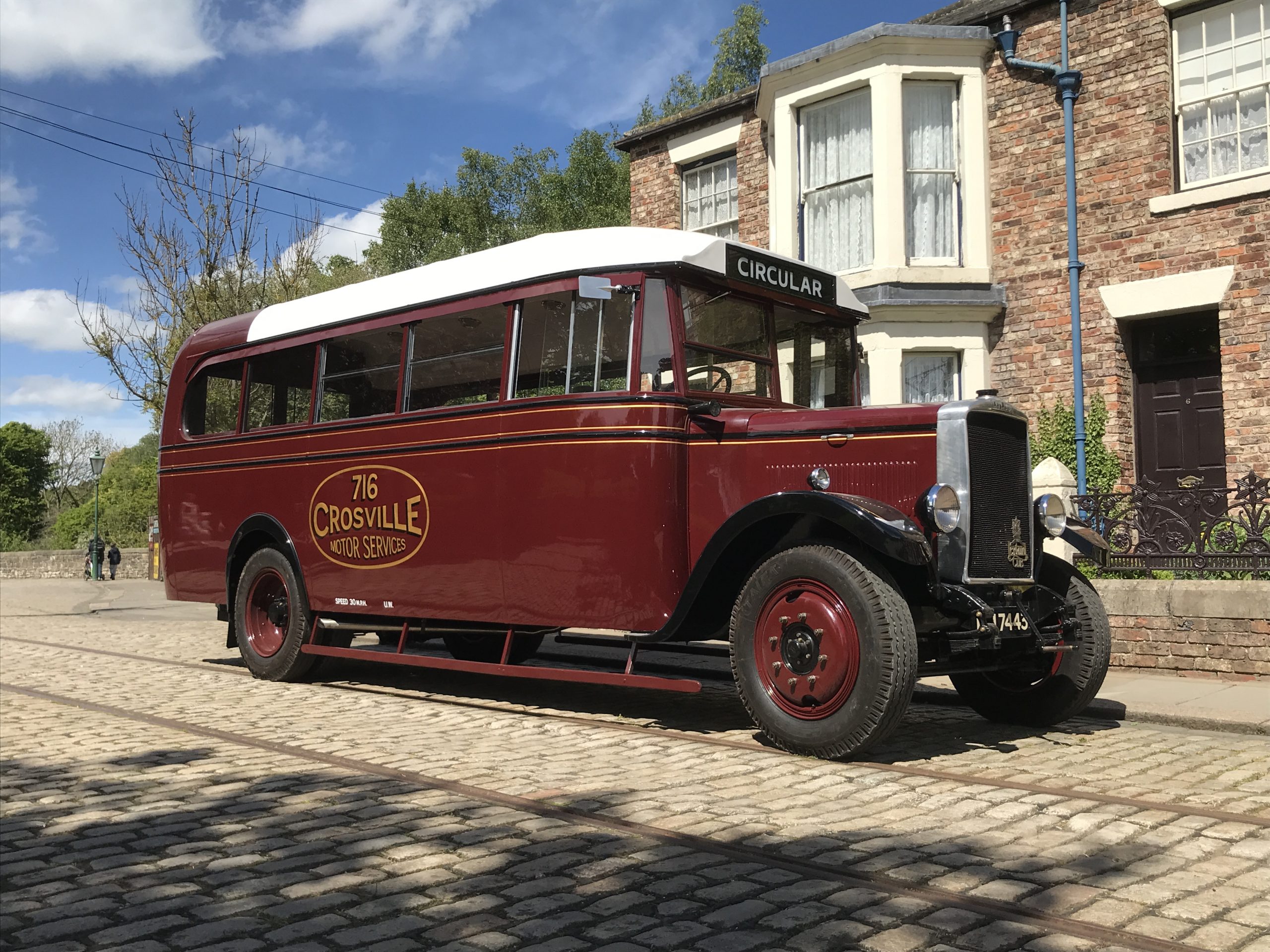 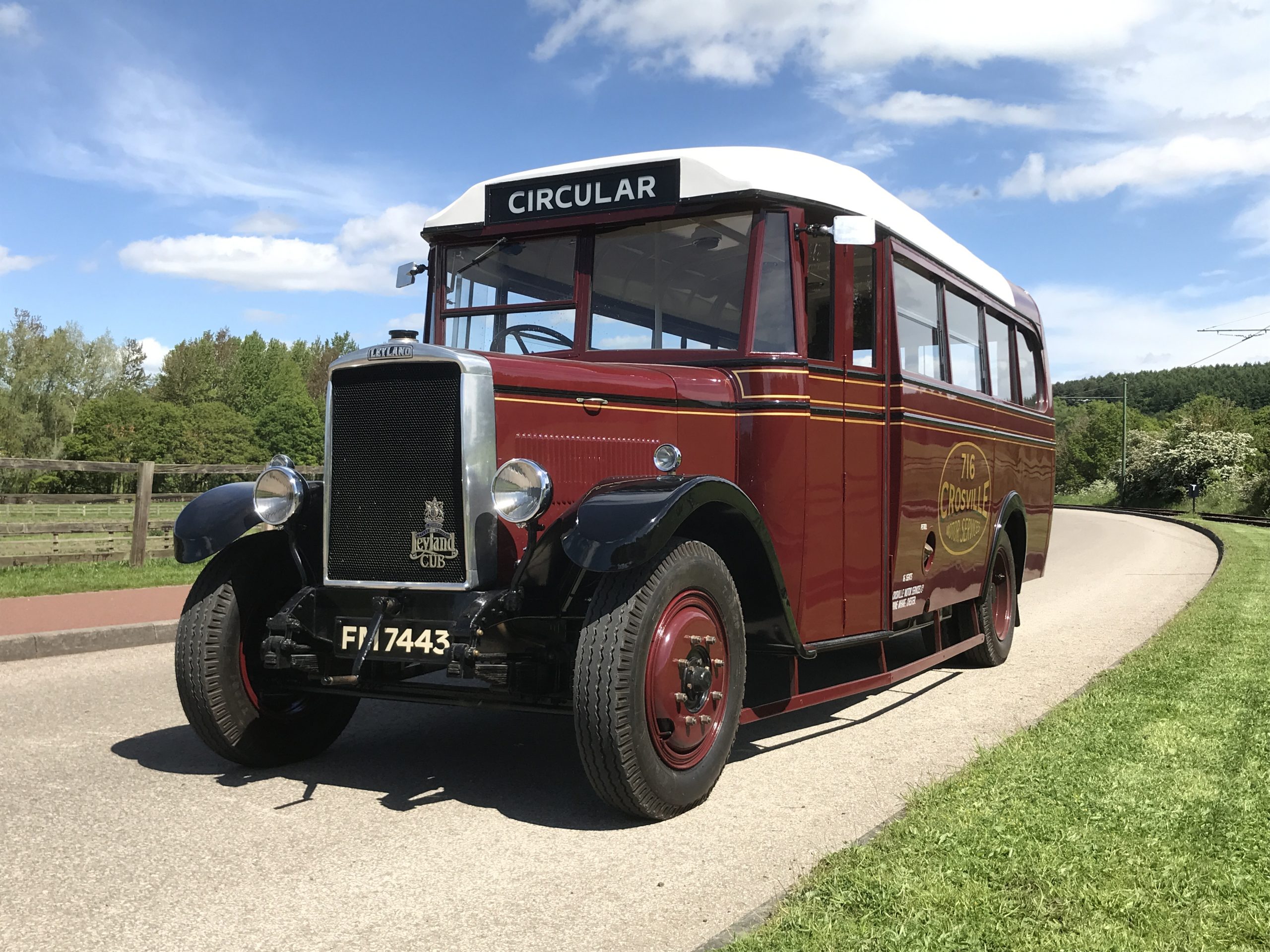 Below: J2007 meets 716 for the first time – we now have two Wheechair Accessible Vehicles (WAVs), which will share the work and give us the all-important spare in case of maintenance work or breakdowns. 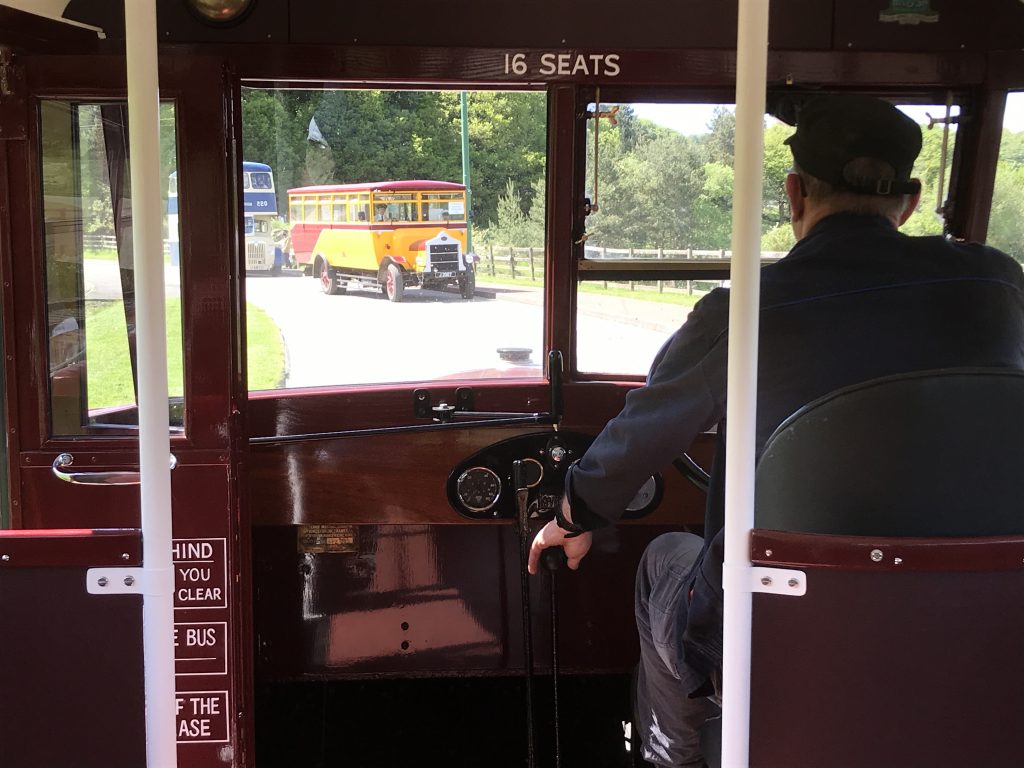 Below: 716 at lunchtime today (Friday) with J2007 behind.  The team are already clambering over it to see how it works and how comfortable it is – including a start on a deep clean of the interior. 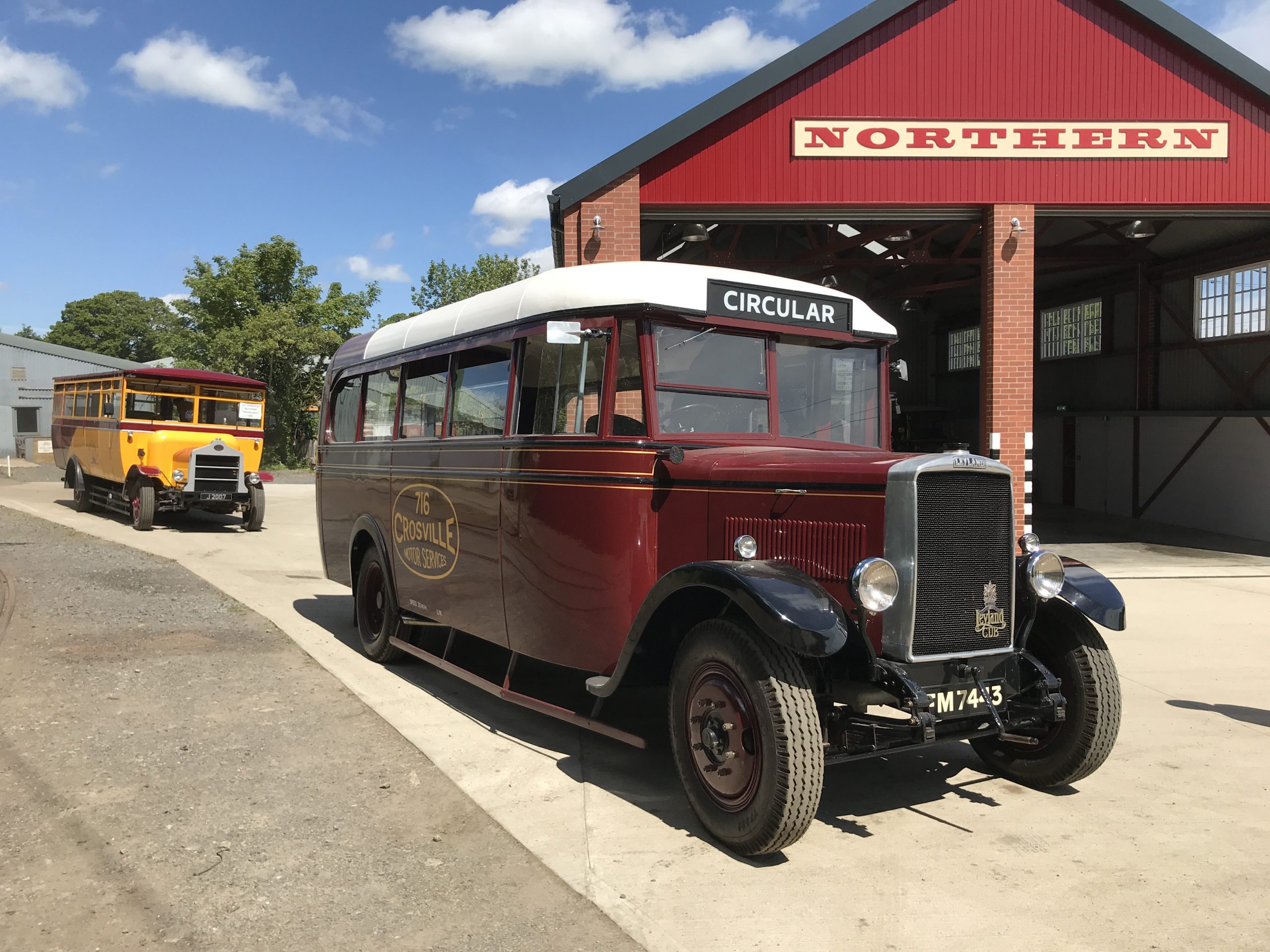