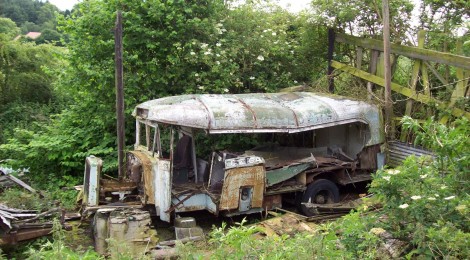 I have alluded to the new accessible bus that we are creating at Beamish, based on Leyland KP2 Cub Crosville No.716.  Here is a little more information on this project, which has been largely funded by the DCMS Wolfson Fund – for which we are obviously incredibly grateful!  Another bus forms part of our HLF funded proposals, more on this in the future.  Meanwhile, here is an introduction to 716 and the start of a new thread on this blog that is bound to increase and so I have titled ‘Bus Restorations’…

Bus No.716 is a Leyland Cub KP2 type (chassis no.982) fitted with a 20 seater body manufactured by Brush of Loughborough.  It was quite common for operators to choose a chassis then either build their own body onto this or use one of the many body builders that specialised in such work.  In fact, it was fairly unusual to find a chassis builder who could also provide the body, as the disciplines and flexibility required for each were quite separate.

No.716 was delivered to Crosville in early 1933, one of a batch of this type and following a previous delivery of Cubs in 1932.  Finished in the LMS maroon livery and with Crosville proudly emblazoned on its side panels, the Cub was a very attractive small bus.  It was renumbered N33 in 1935.  We do not yet known when it was withdrawn from operation, but by the early 1970s it was serving as a builders site office in Prestatyn.  It was saved by Tom Hollis, moving to Queensferry, before again passing on to David Moores who placed it into storage, where it remained until June 2014 when it was purchased by Beamish and moved to Historic Vehicle Restorations in Surrey for a comprehensive reconstruction.

Below: Identical Crosville Cub 704, showing the smart appearance of both the coachwork and the livery on these little 20 seater buses. 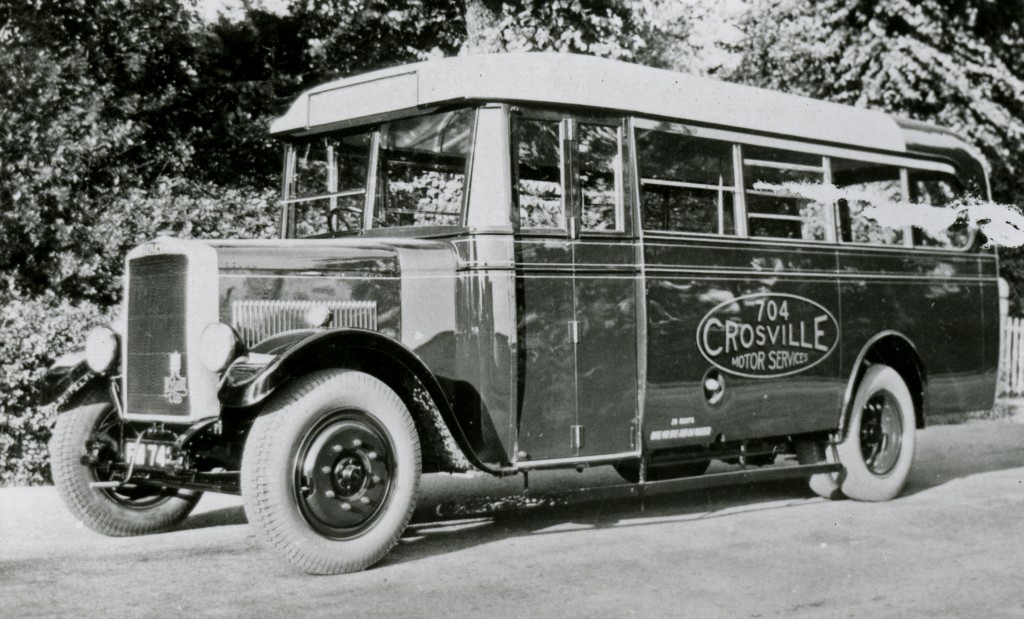 Our bus was supplied new to Crosville, a company which had its origins in Chester in 1906 but grew to encompass large areas of central western England and Wales.  In 1928 the Railways (Road Transport) Act gave the Big-Four railway companies the chance to develop bus services.  Rather than start from scratch, they exerted their power to buy into, or buy out, existing bus operators.  In February 1929 the London Midland and Scottish Railway purchased Crosville for £400,000.  Further mergers and reorganisation of holdings resulted in the merger of LMS (Crosville) with the famous Royal Blue of Llandudno (themselves part of the Tilling and British Automobile Traction group into which the railway companies had bought) and was renamed ‘Crosville Motor Services Ltd’.  The LMS association was apparent in the new livery carried by the buses, based on the railway coach livery then in use by the LMS and made up of a deep maroon with gold lining.  It is this scheme that 716 will carry at Beamish.  It was renumbered in 1935, the whole Crosville fleet taking on a classification system – 716 becoming N33 (N being the normal-control, i.e. bonneted, Cub series).

In 1942 Crosville became a subsidiary of the Tilling Group, who introduced Bristol chassis to the fleet and a new, green, livery.

The 1968 Transport Act saw the creation of the National Bus Company, and the end of the company’s distinctive identity.  In anticipation of the deregulation of NBC in 1985 Crosville was broken up into smaller components, which survived long enough to see the new millennium,

Below: After its life on the road was finished (dates still to be researched for this), 716 was sold to a builder and used as a site office.  It was photographed by David Christie (https://www.flickr.com/photos/david_christie for a superb collection of archive transport images, in colour) on the 2nd August 1970 at Prestatyn, North Wales.  Note the wooden windscreen and lurid new livery! Photo by courtesy of David Christie 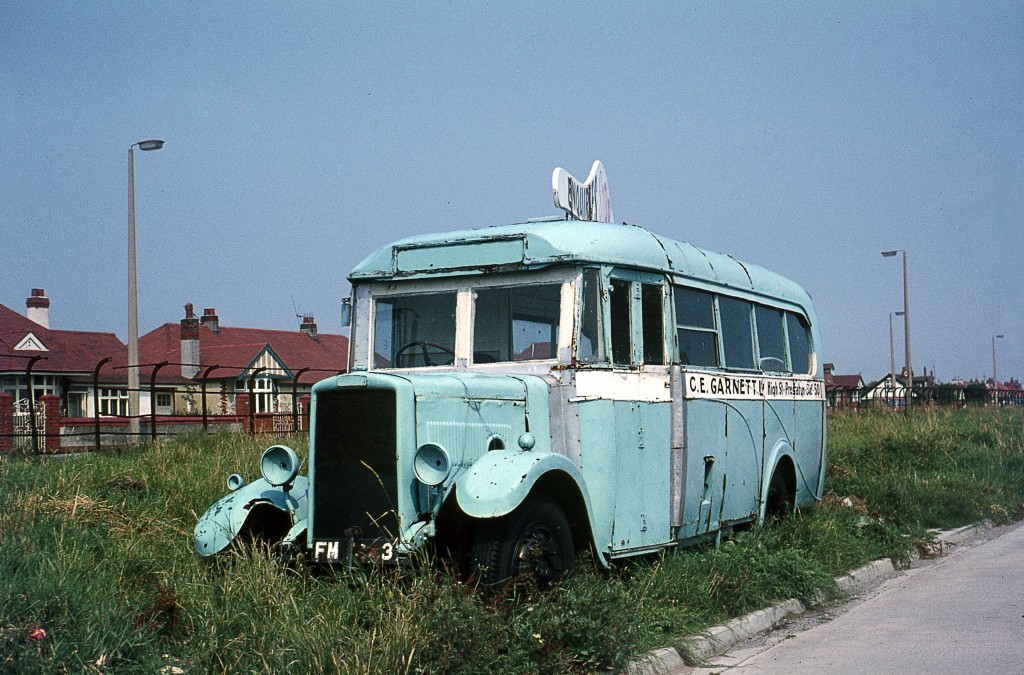 Below: The challenge ahead!  Historic Vehicle Restorations have been contracted to carry out the reconstruction and adaptation of the Cub for us, funded by a DCMS Wolfson Grant and our own resources at this stage.  The project is clearly going to be one of the most substantial jobs carried out on a bus, but will give us a real vehicle with real history and one capable of leaving the Museum site – things that aren’t a feature when constructing replicas.  It is currently on a private site but due for removal in the coming weeks, enabling a full survey to be carried out and a start made on this ambitious restoration… 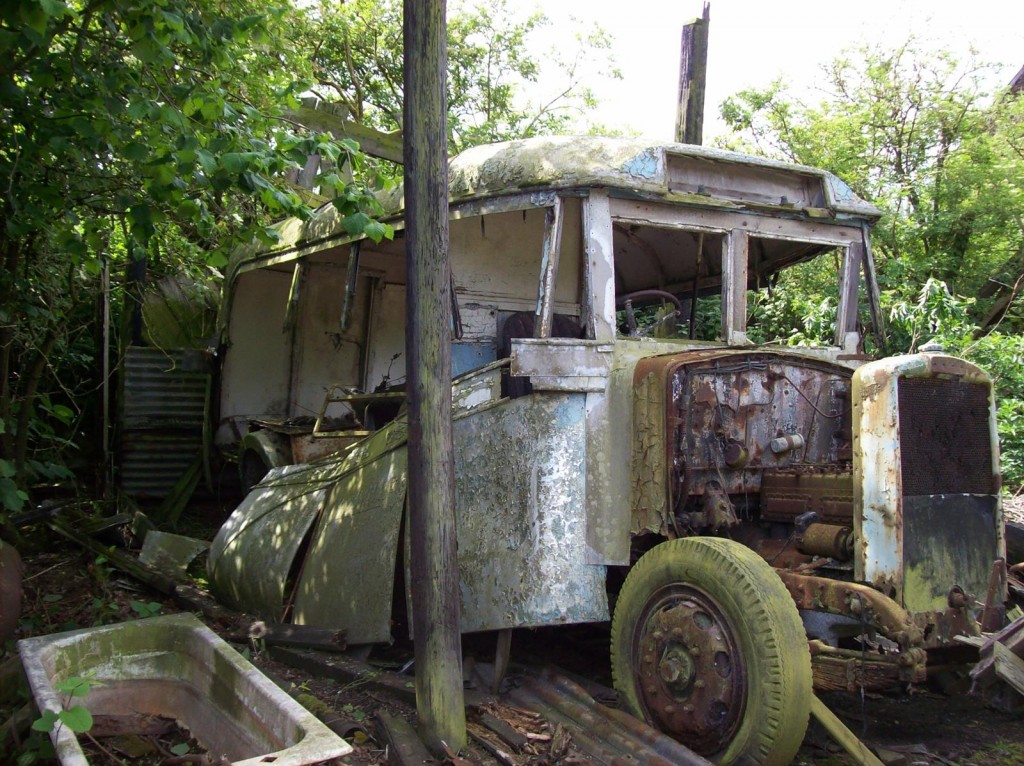 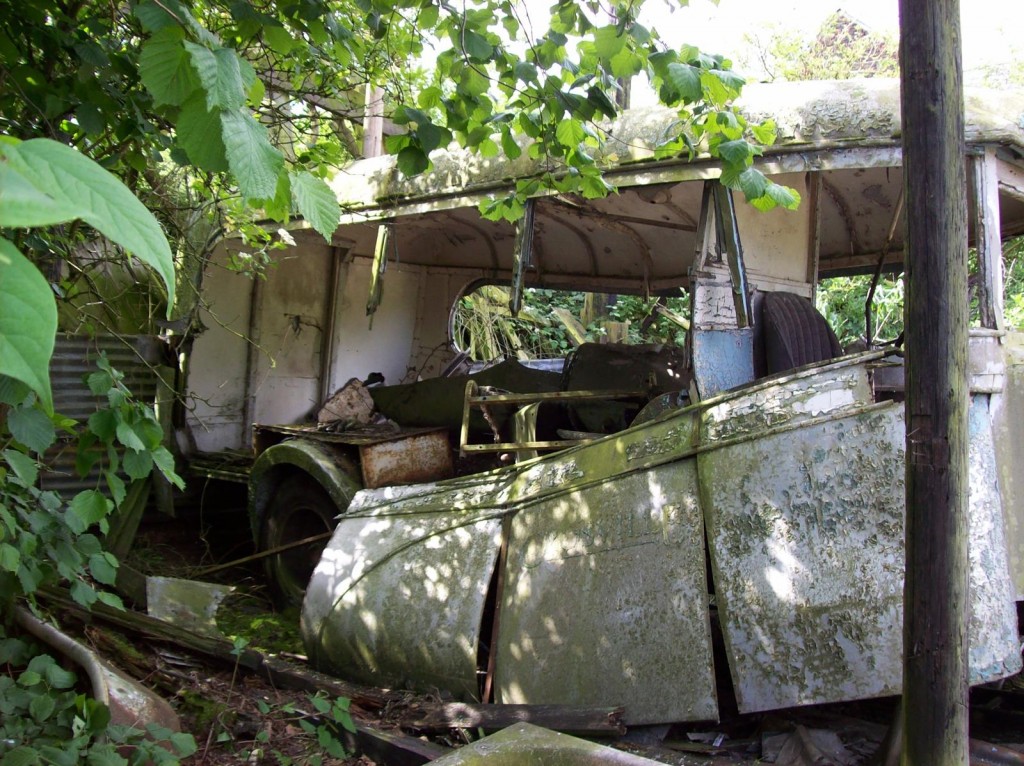 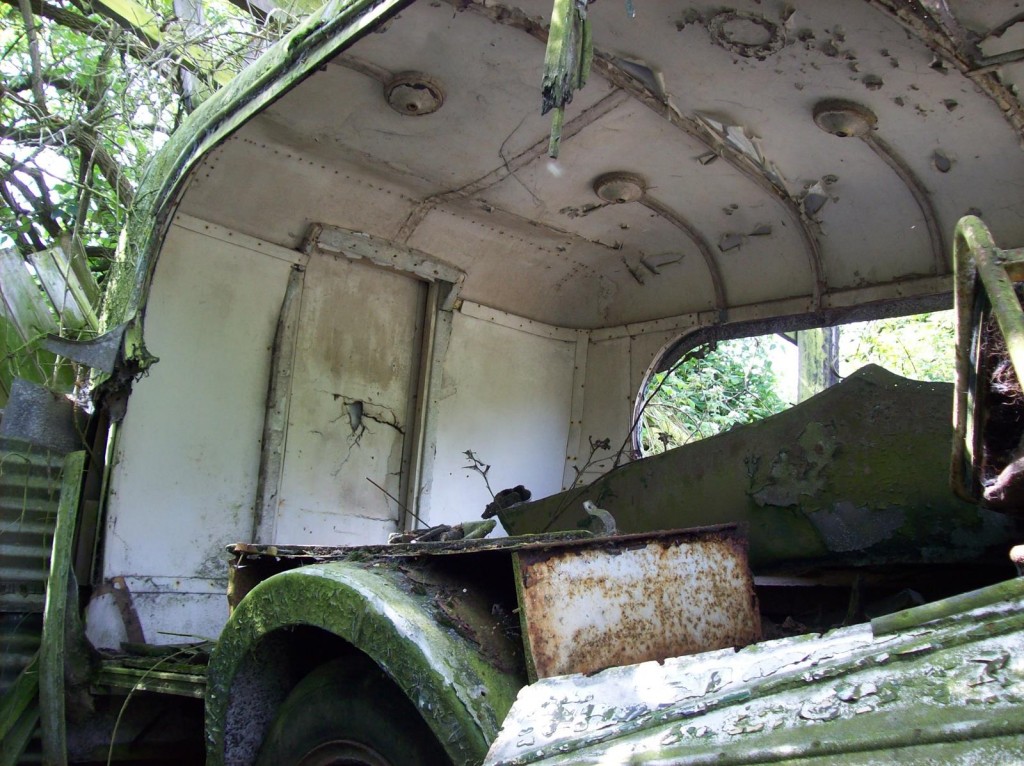 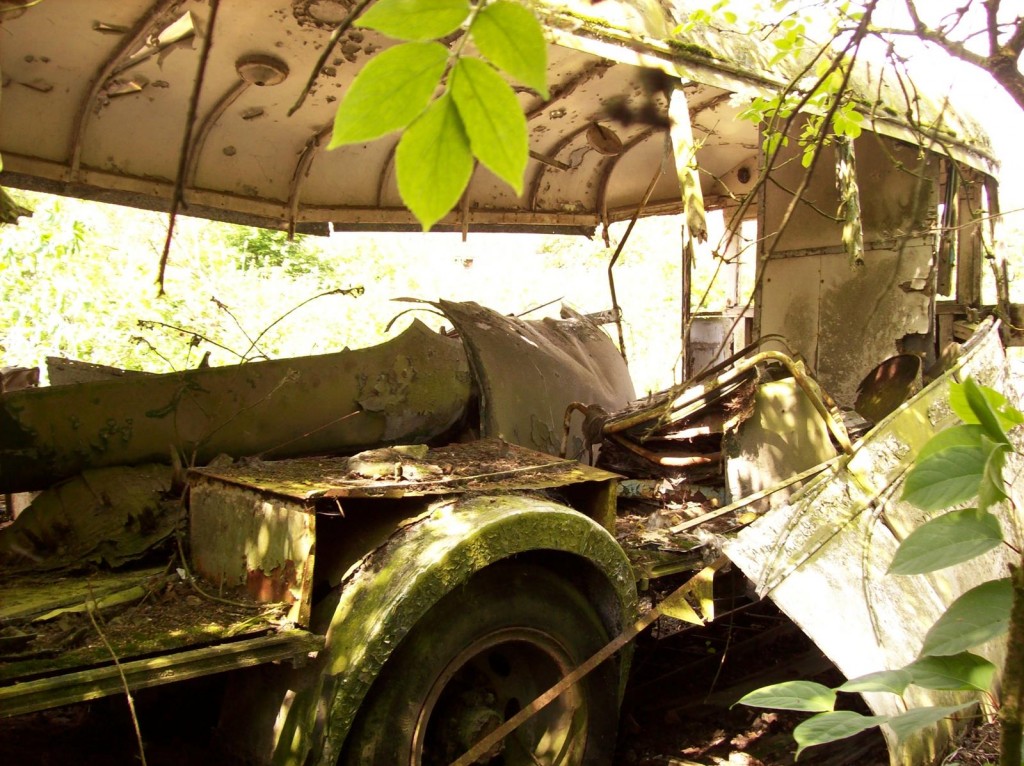 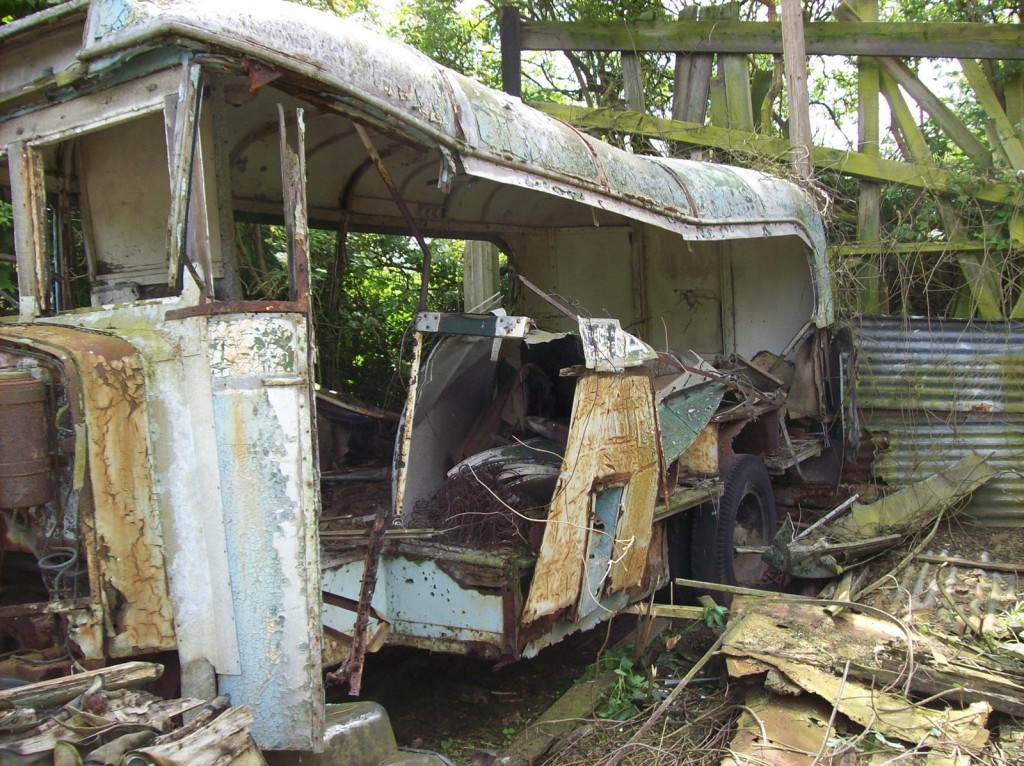 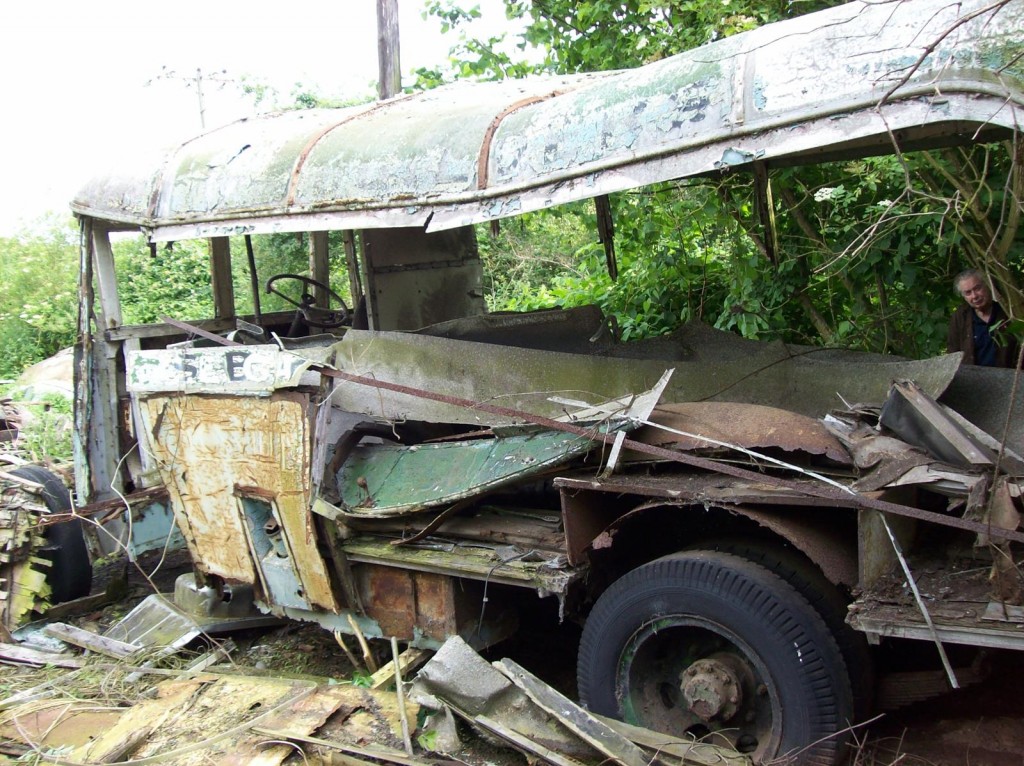 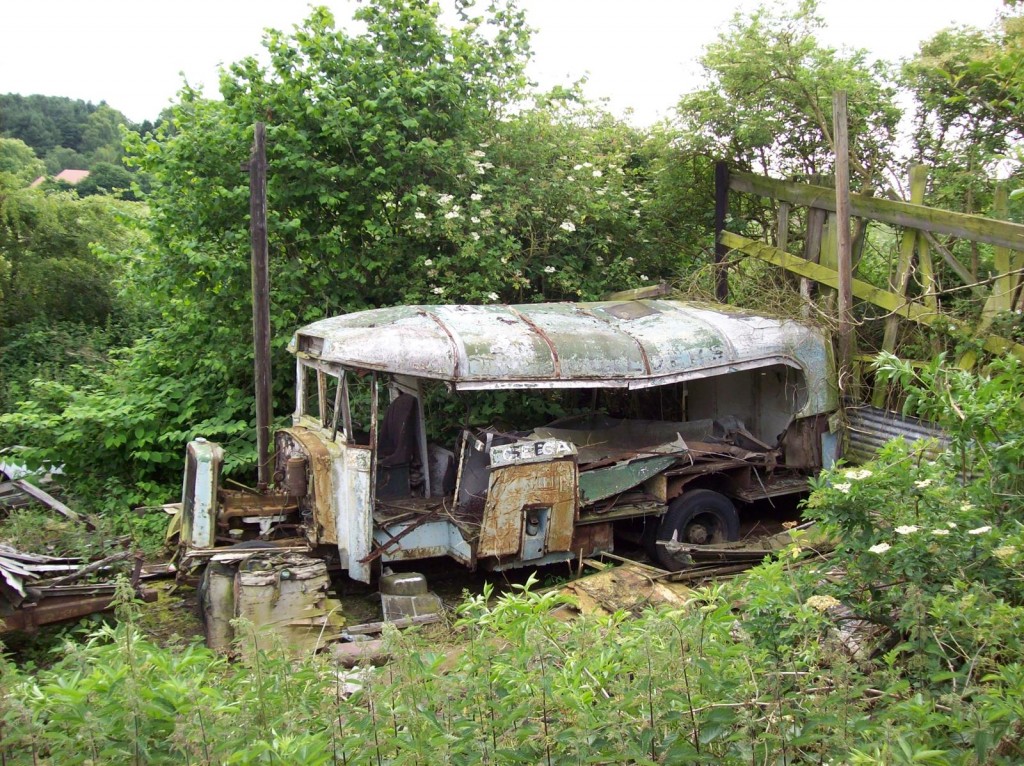 Below: And here is what we hope to achieve!  This Jonathan Clay painting, commissioned for the project, shows 716 in ex-works LMS style livery as it would have appeared in 1933…  Nice isn’t it?! 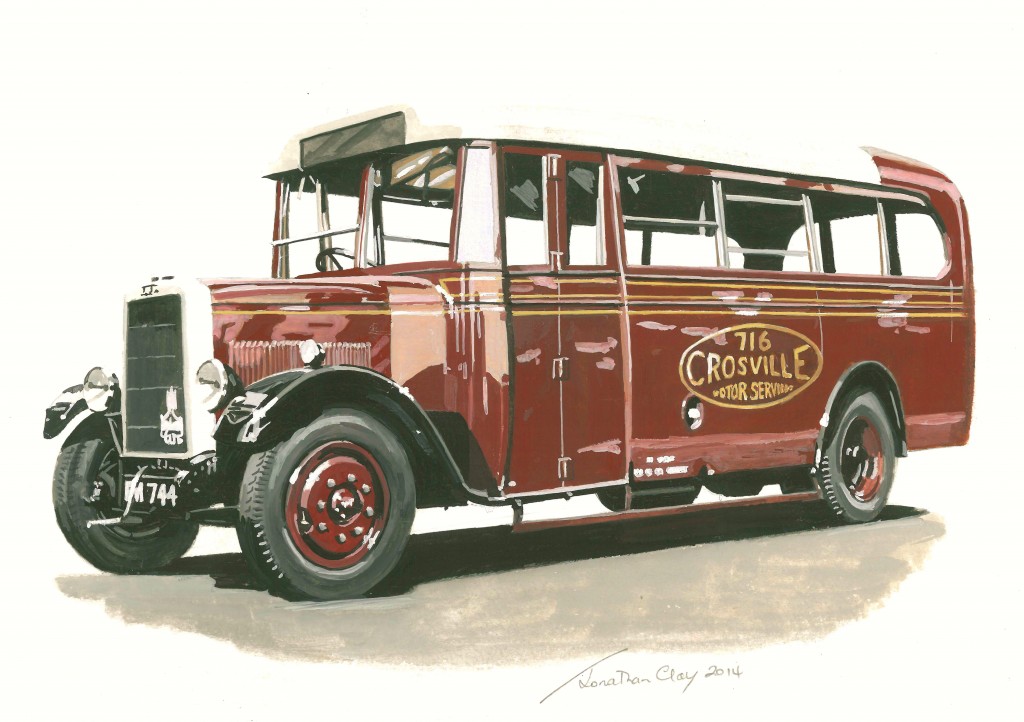