The restoration of the Darlington Corporation bus shelter took another important step forward with the arrival of the restored structure at Beamish last Friday.

The work to date has been carried out by North Bay Railway Engineering Services, appropriately located in Darlington.  It is now over to the museum teams to paint the shelter components, and erect it on a suitable base at Beamish later this year.

Below: The size of the shelter is quite surprising, when we’ve been so used to seeing it in component parts up until now!  I don’t know when it was dismantled, but is has been so for at least fifty years, and probably longer.  The components were donated to the museum in 1972, and were probably already in pieces before then, so it is appropriate that half a century later, it is now reaching the stage where it can shelter waiting bus passengers from the elements once again! 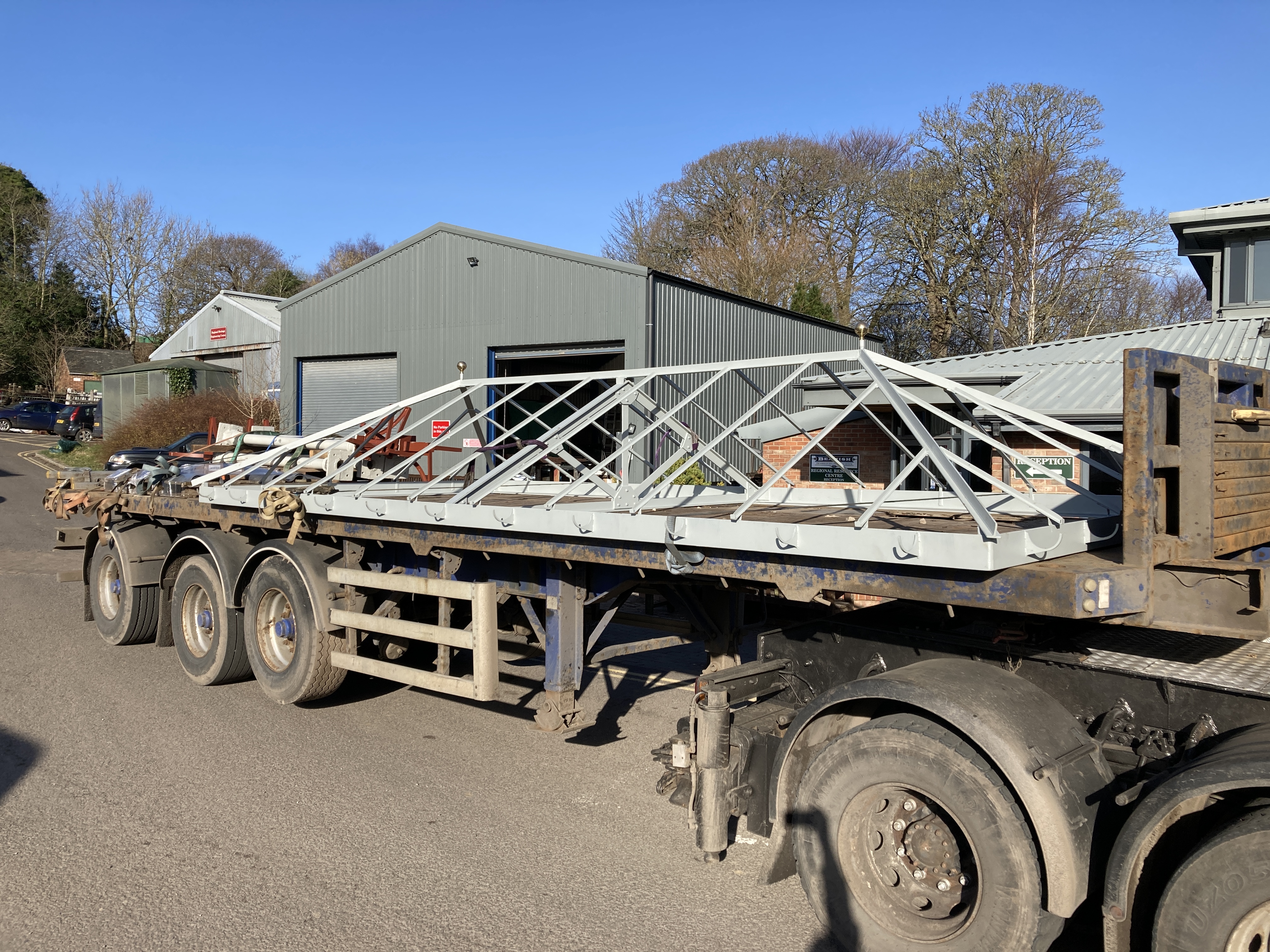 Below: Without the glazing in place, lifting the roof structure is relatively easy – the glazing will be installed once the shelter has been erected, but the measurements have been made by the supplier in readiness for this work in due course. 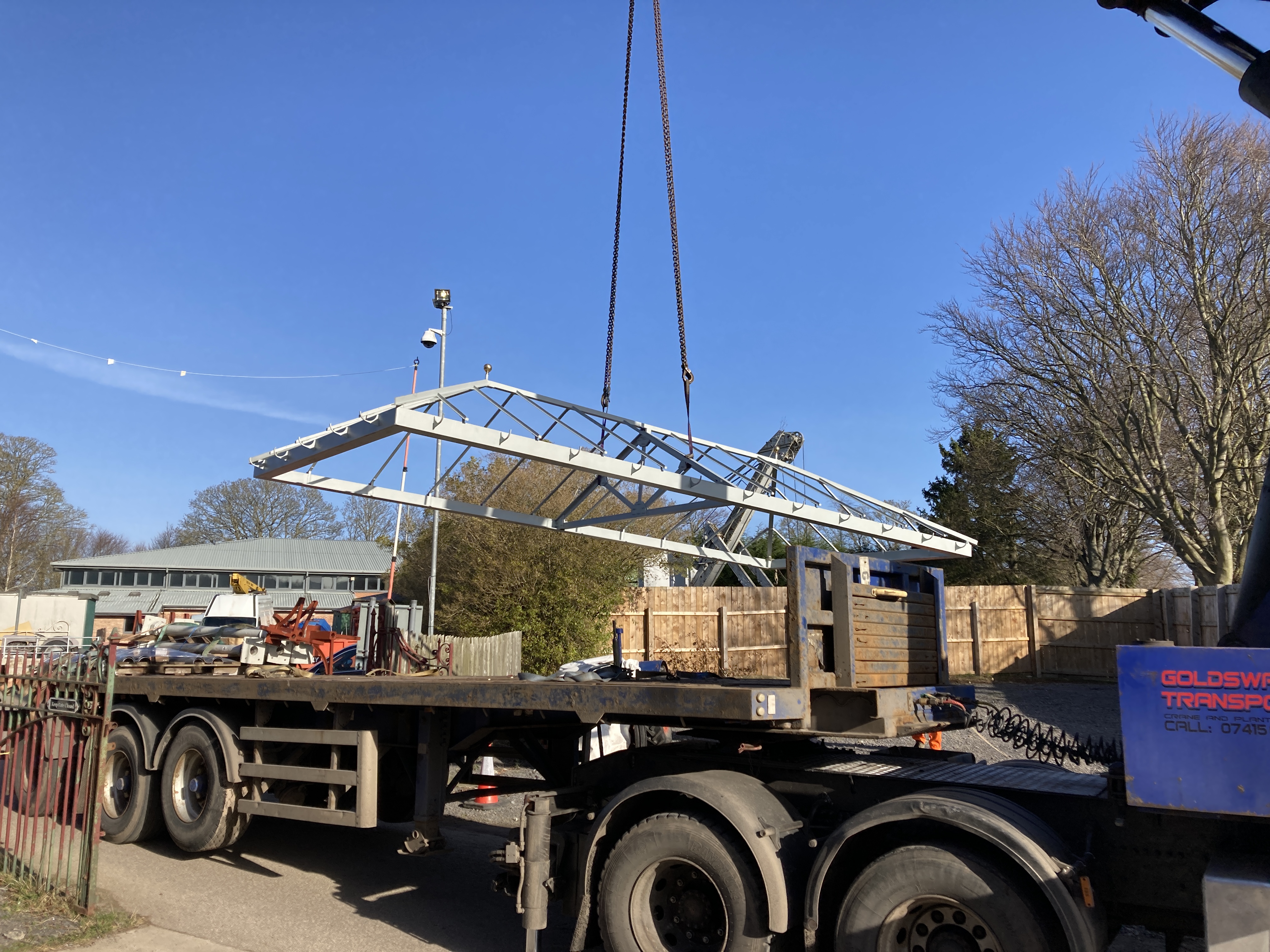 Below: The restored columns, some of which act to discharge water from the guttering to the street surface, are seen here, along with the replica brackets to support the roof structure.  Only once of these had survived, in very poor condition but fortunately intact enough to enable copies to be made.  The guttering components are on the wrapped pallet to the right. 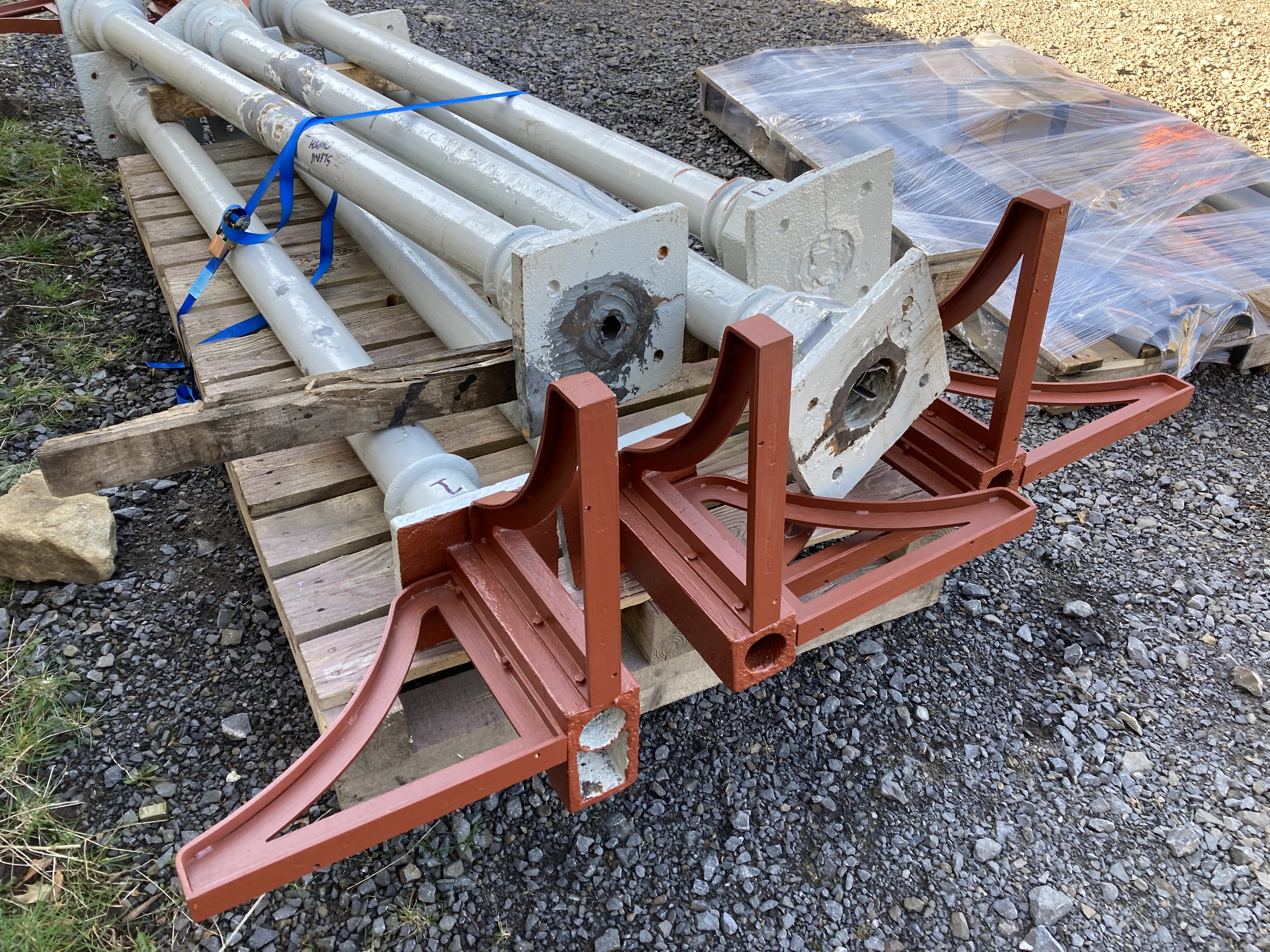 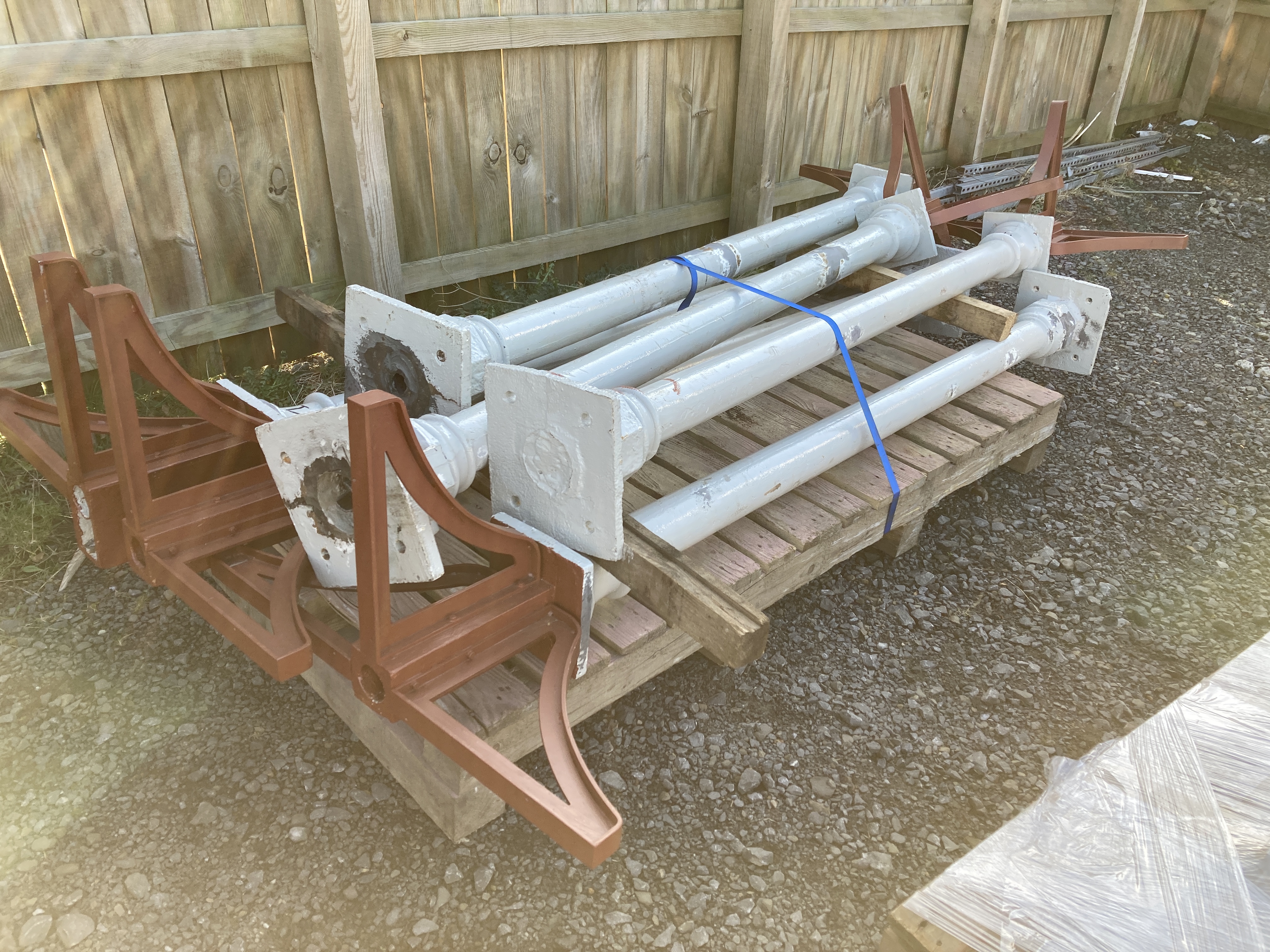 Below: The roof structure looks a little less daunting on the ground!  However, there is a lot of fiddly painting work required as the next stage, and I also wonder about a net inside to discourage birds nesting within the shelter once it is erected. 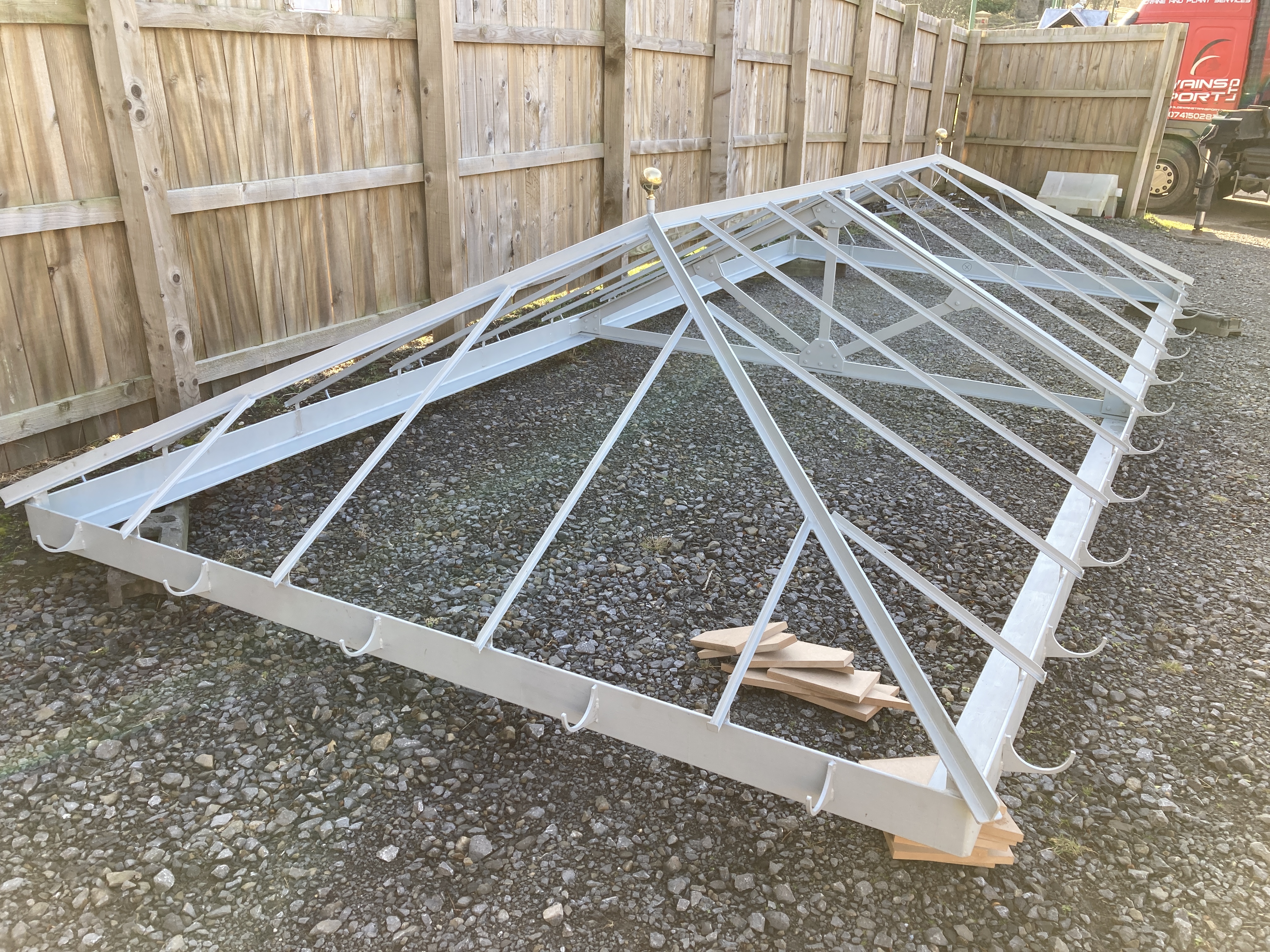 The final location of the shelter is still to be confirmed – it has changed with the ebb and flow (I believe it is called ‘design development’ in the 1950s area), but we shall progress completion of the kit of parts this summer, then ideally look at installing it ahead of the more inclement autumn/winter season later in the year – when once again a Darlington bus can call at the stop!

Part 1 of this project can be found here:

Part 2 of this project can be found here: