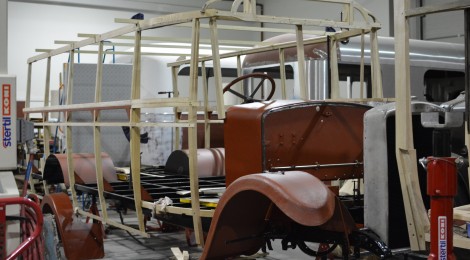 The remarkable pace of restoration of our Leyland Cub (ex Crosville) continues as the Historic Vehicle Restoration team apply their skills to the mechanical rebuild and virtual replication of the bodywork.  The company’s proprietor, Seb Marshall, sent the latest batch of images, and they follow here…

In the coming week the second Cub we purchased (as part of a haul of spares!) will arrive at Beamish.  This vehicle, which is ex West Riding (and seen in earlier posts) will form part of our Remaking Beamish, HLF funded, project which is due to begin in the spring of 2016.  This will see a solid four years of vehicle restoration and transport development as the bus/trolleybus route, fleet, amenities and infrastructure receive considerable investment.

Below: We start with the flywheel/clutch housing on the gearbox.  This end bolts onto the engine. 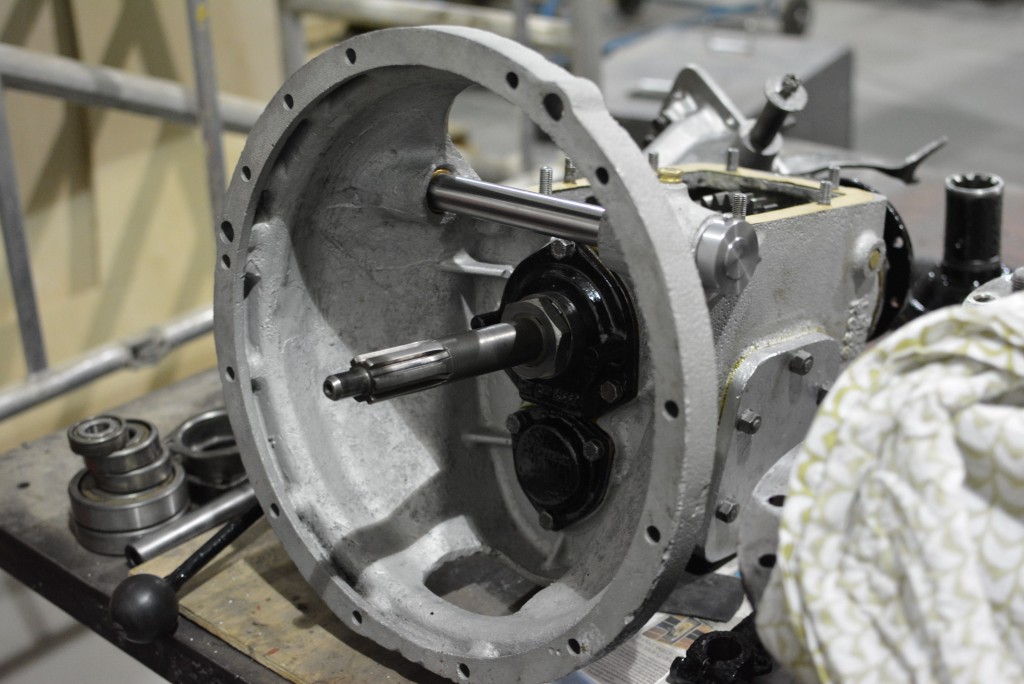 Below: A view of the gearbox, with the selector box to the right. 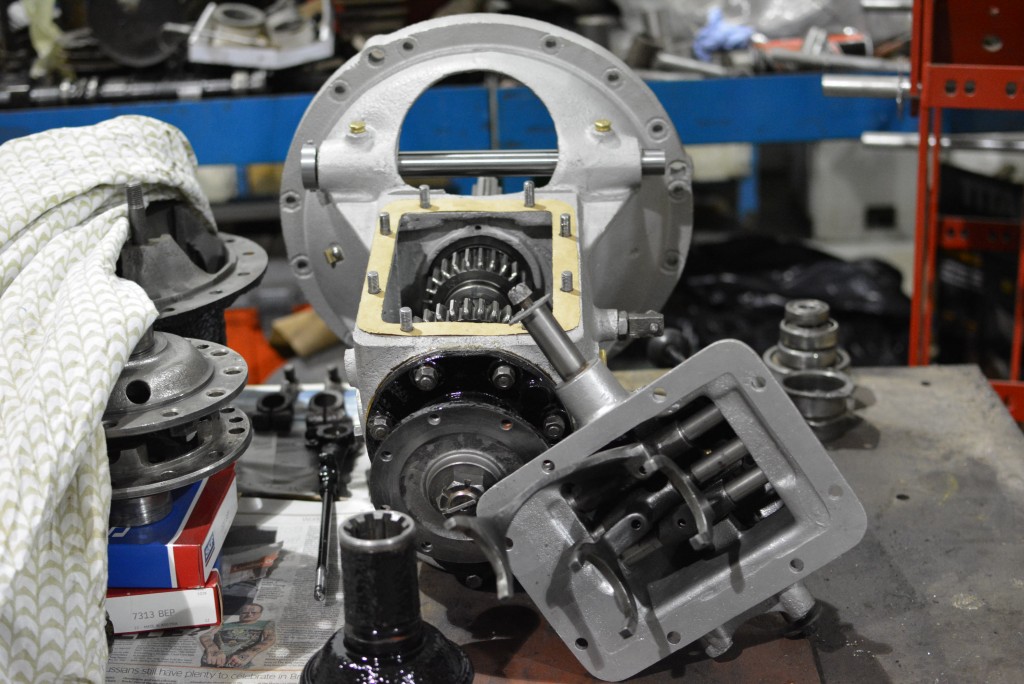 Below: An internal view of the front bulkhead with the repaired scuttle in place (the bit that wraps around the bulkhead and shapes the bonnet into the bodywork). 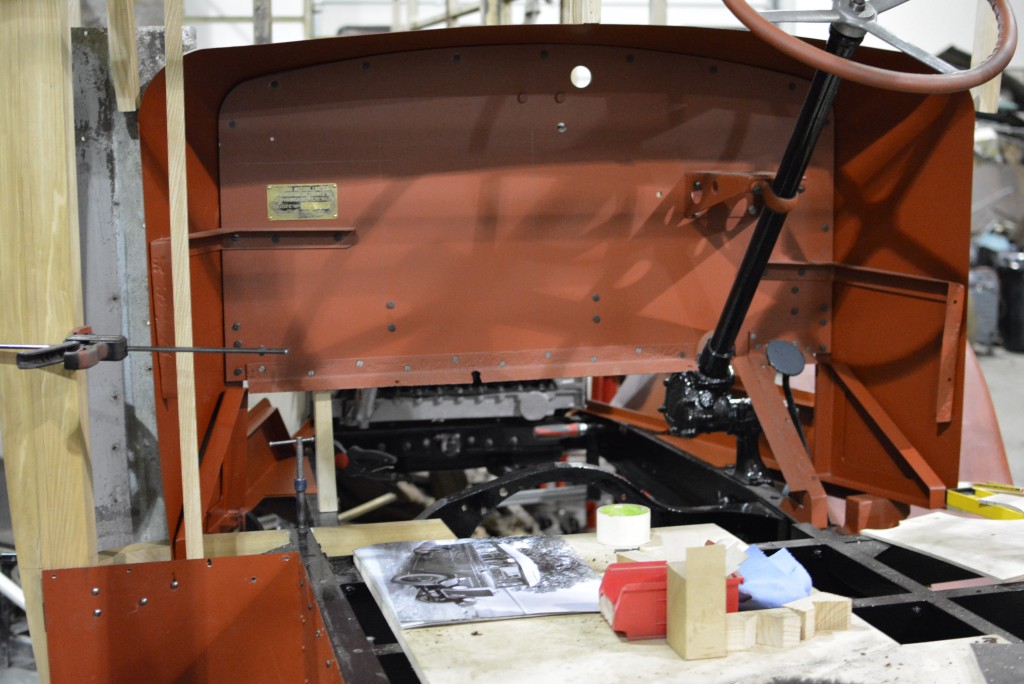 Below: The scuttle and bulkhead with fairing for the bodywork temporarily in place – as can be seen this is an original component. 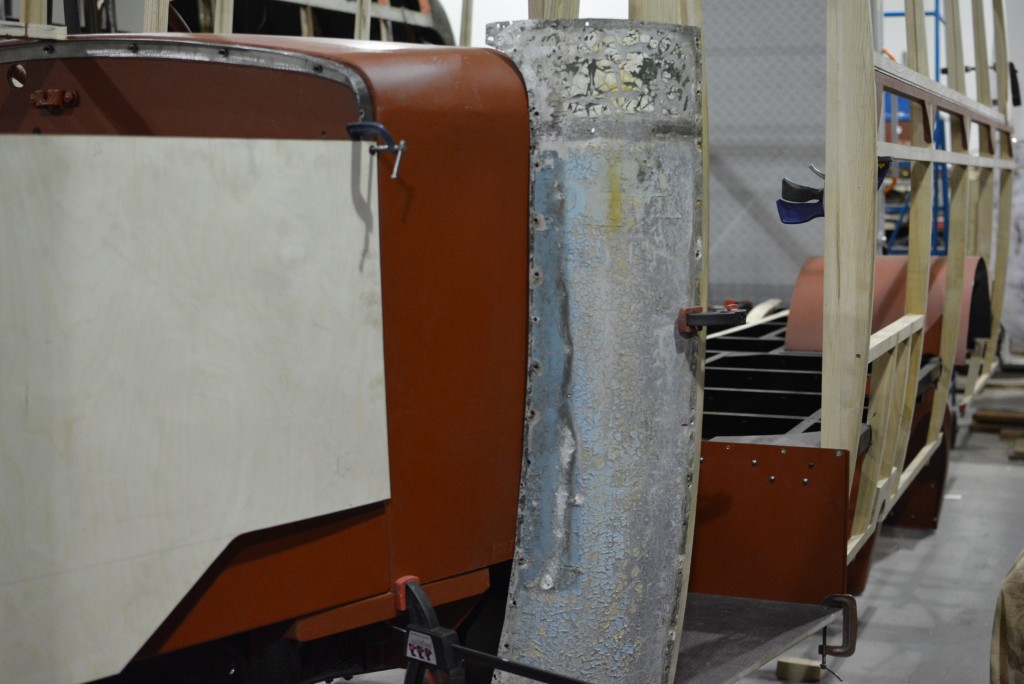 Below: The offside of the body with reinforcing plates inserted into the wood and the drivers window framework in situ.  Note also the (original) rear wings (mudguards) have been restored and await fitting up into the wheel arches. 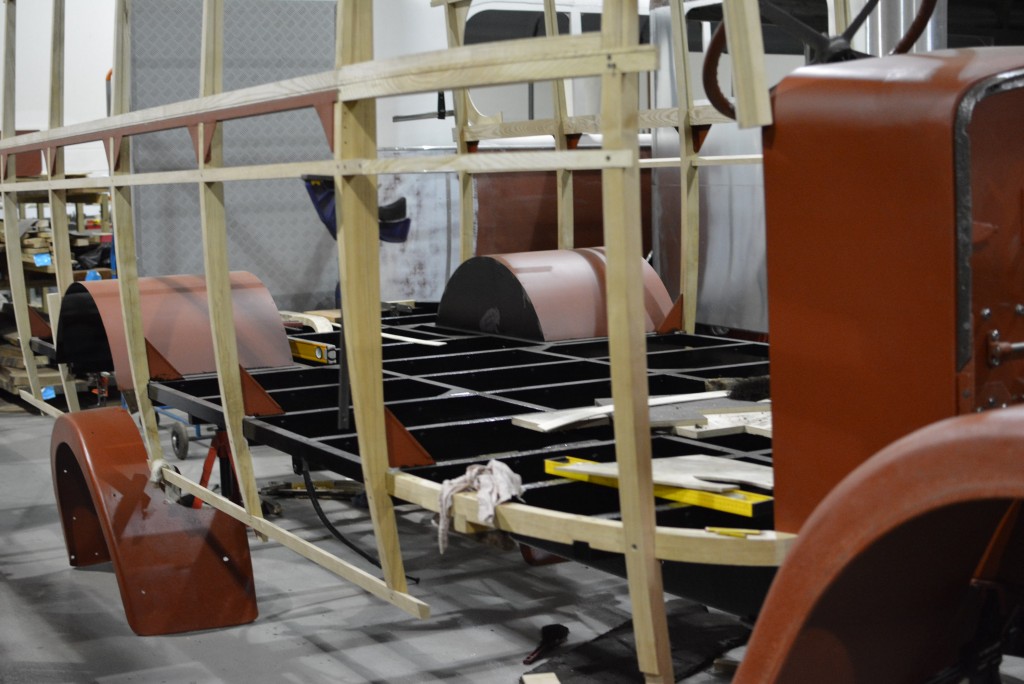 Below: An army of shackle pins – hardened and ground.  These will fit up the springs and enable the bus to be wheeled – a rolling chassis being a momentous point in the project. 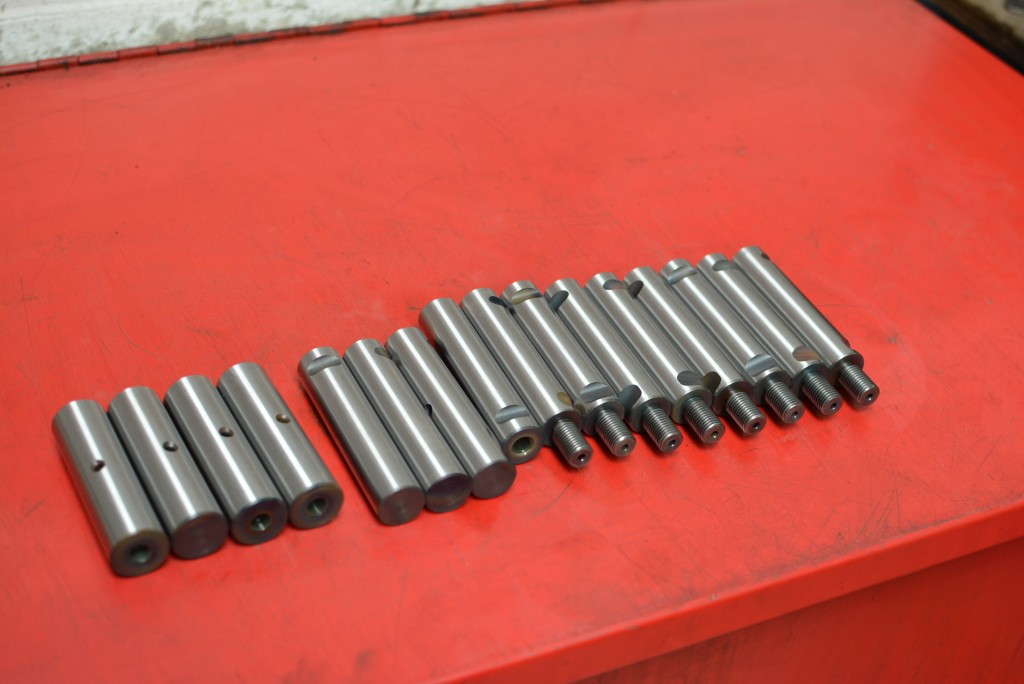 Below: The bus has worm drive, which is fairly self explanatory here.  The gear is worn but felt to be usable. 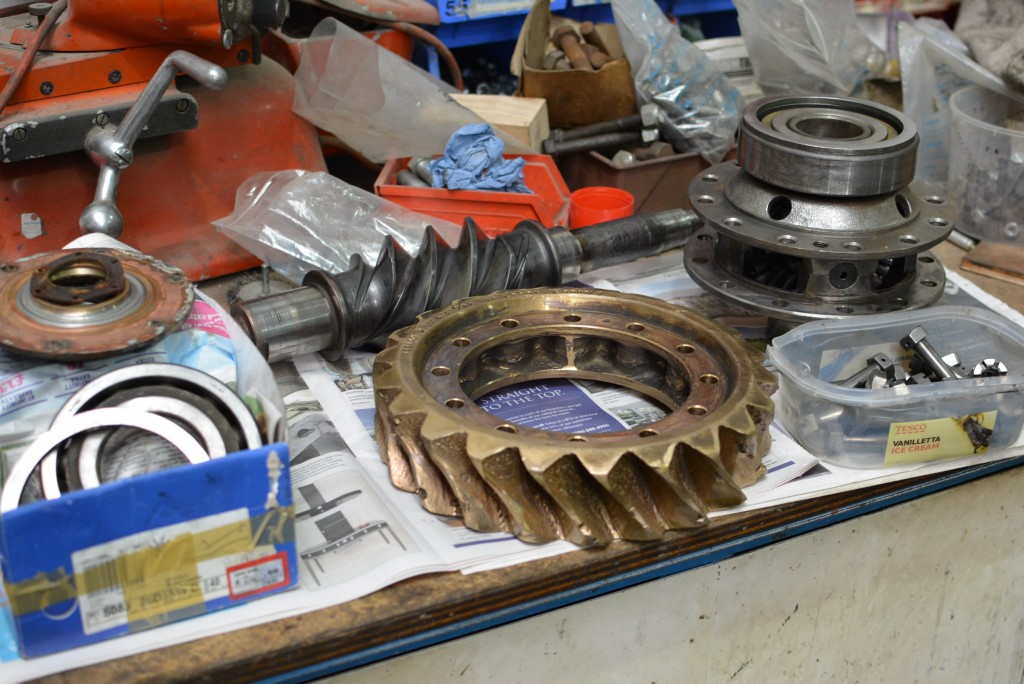 Below: The worm shaft has received attention, re-sleeving it to eliminate wear (visible in the photo above).  This assembly has now been completed and fitted. 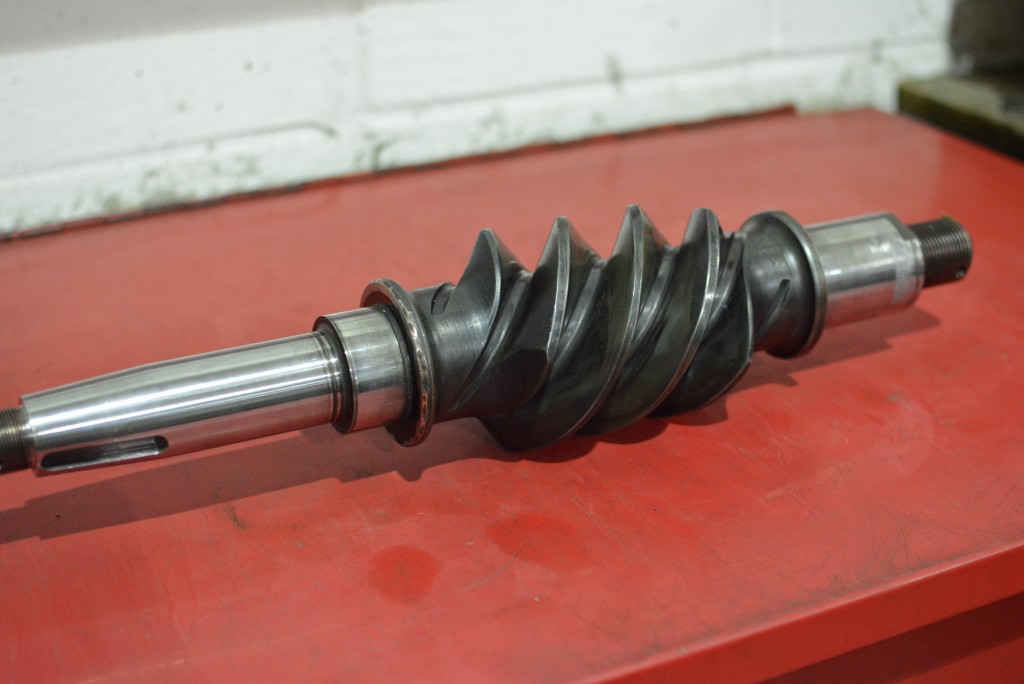 Below: The mid section of the propshaft before fitting. 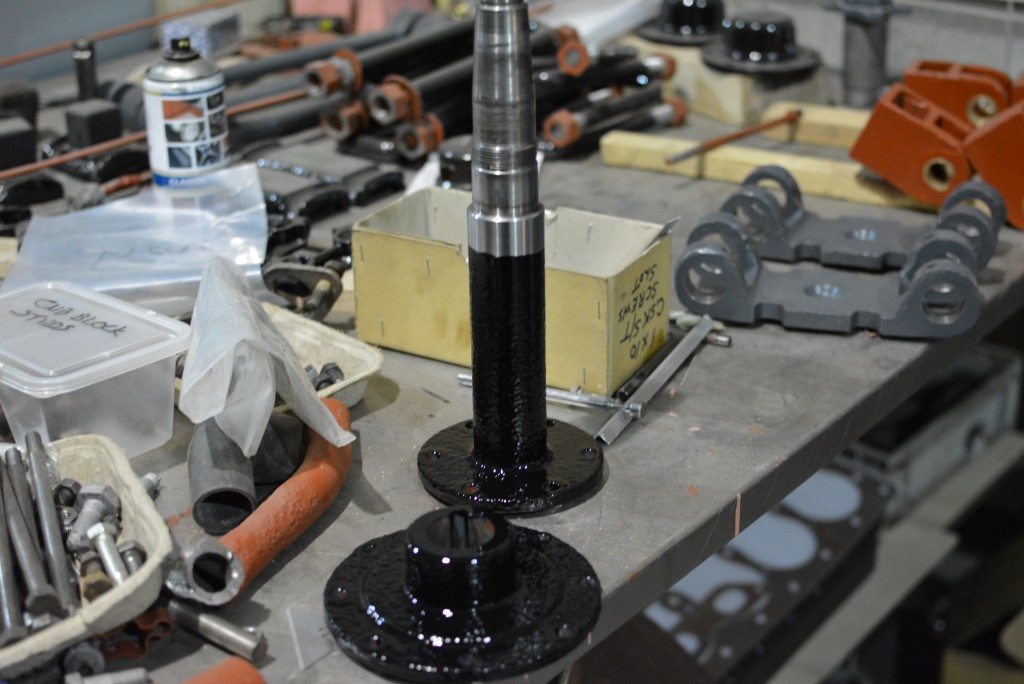 Below: We finish on an overall view of the bus – and it really is looking like a bus again!  The destination box area has been rebuilt, using original components, the front offside wing trial fitted and numerous components have begun to be refitted to the bus.  The engine rebuild is progressing in parallel and the springs and axles should be fitted shortly now that the pins have been returned from hardening and grinding. The radiator adds greatly to the sense of progress! 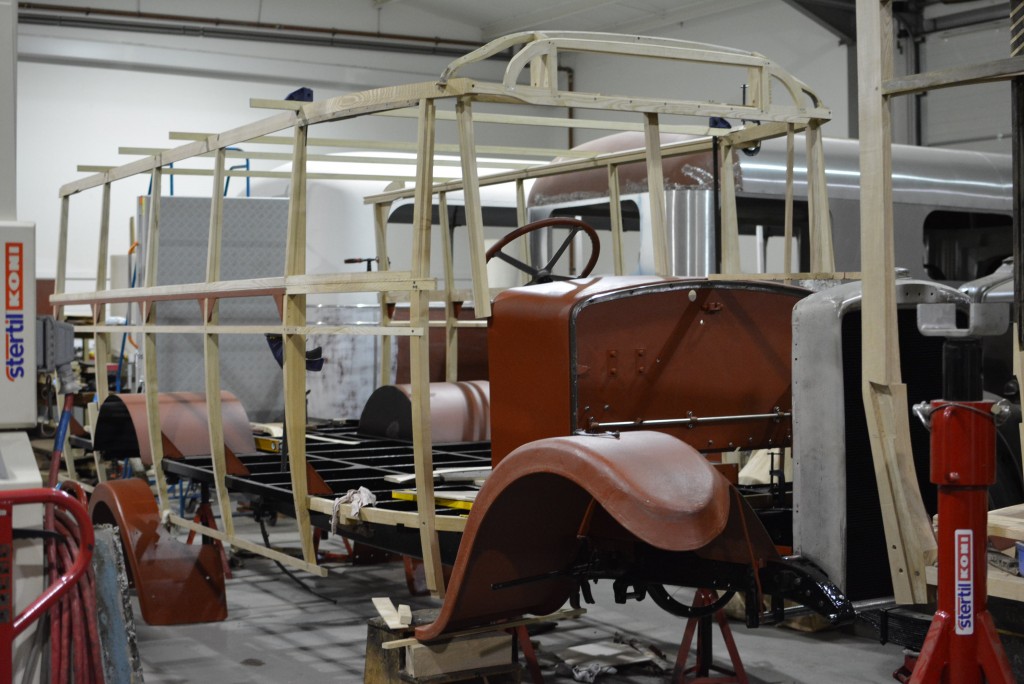