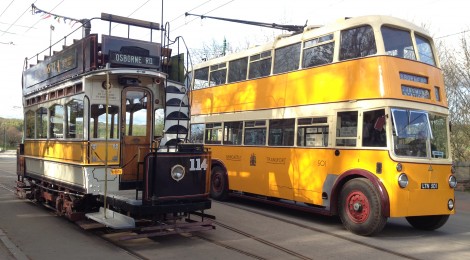 Below: In connection with a ’60th birthday treat’ for a north east bus preservationist, Newcastle 501 was woken from its slumber, given an inspection/exam and carried out a test run to the Entrance from Foulbridge (in the process cleaning the wires above which have not been used in the time I have been at Beamish).  It was then brought out this evening for its role, alongside 114. A former NCT bus was due to make the line-up but was unable to make it – however such scenes should become commonplace in the future. 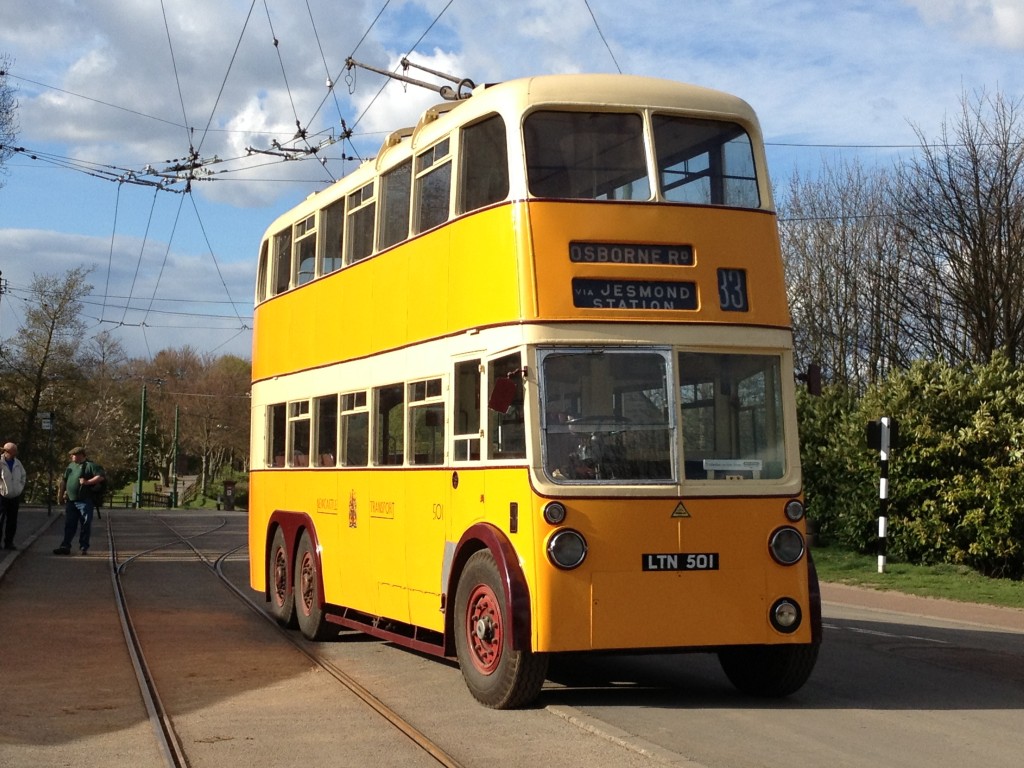 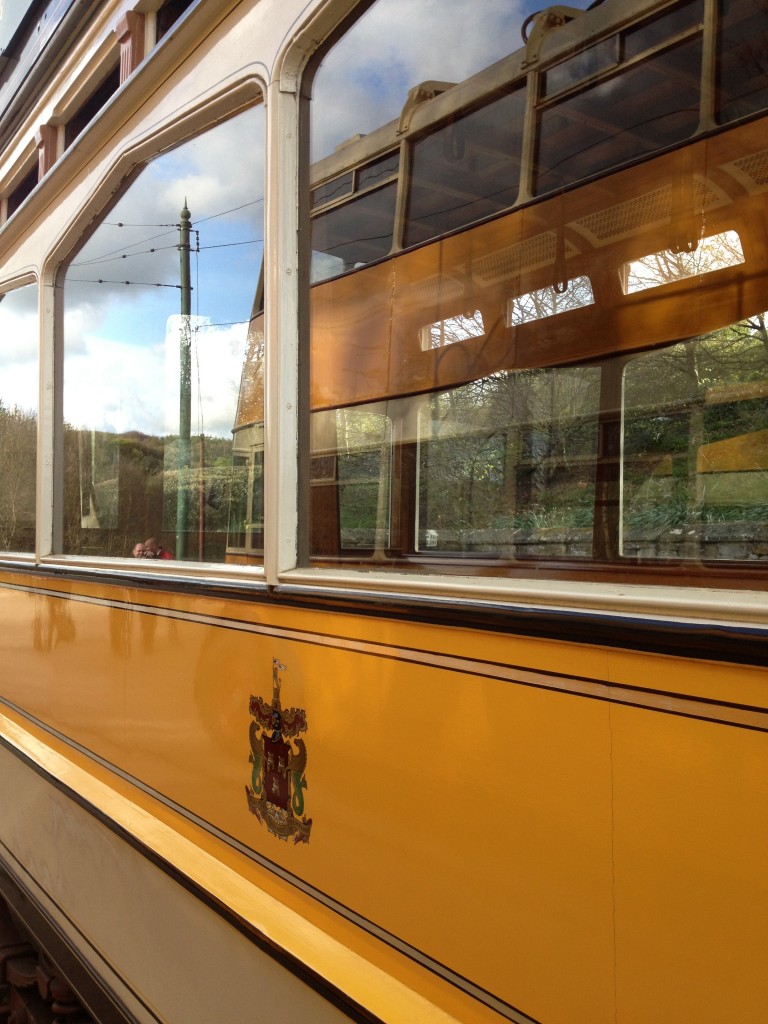 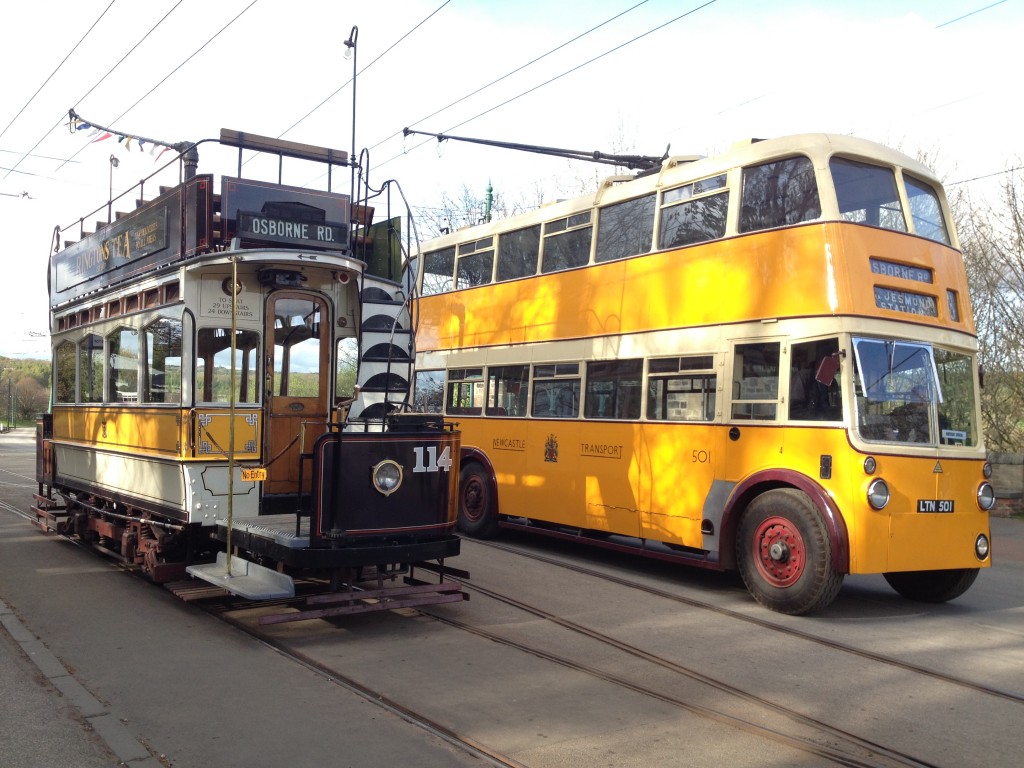 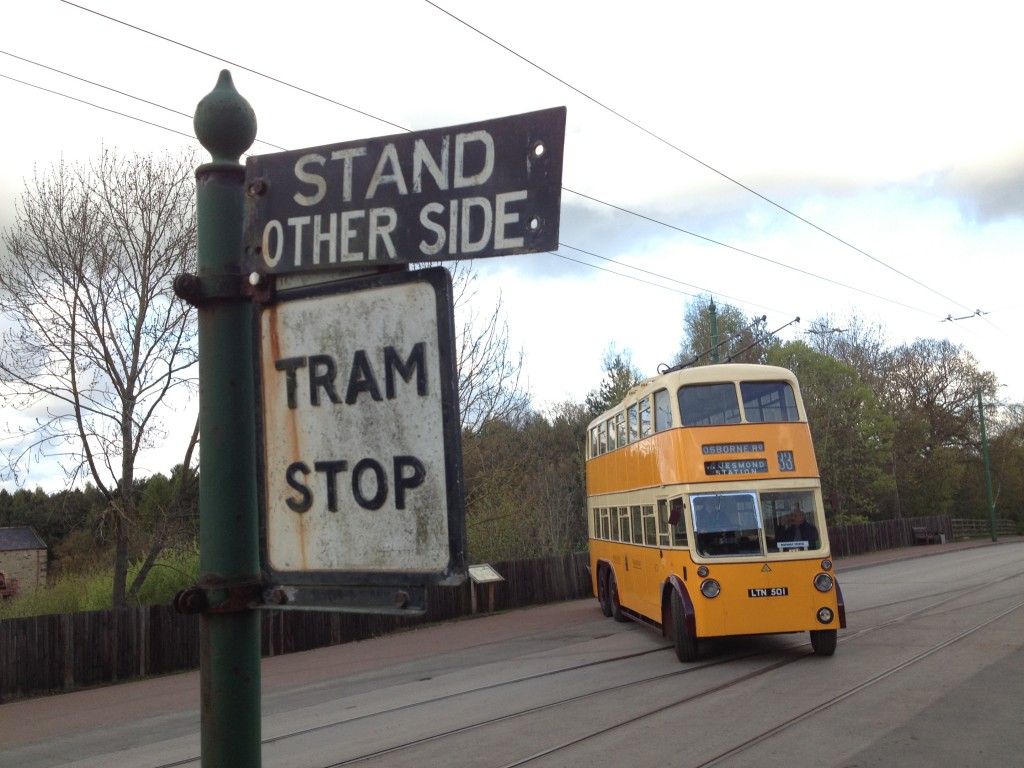 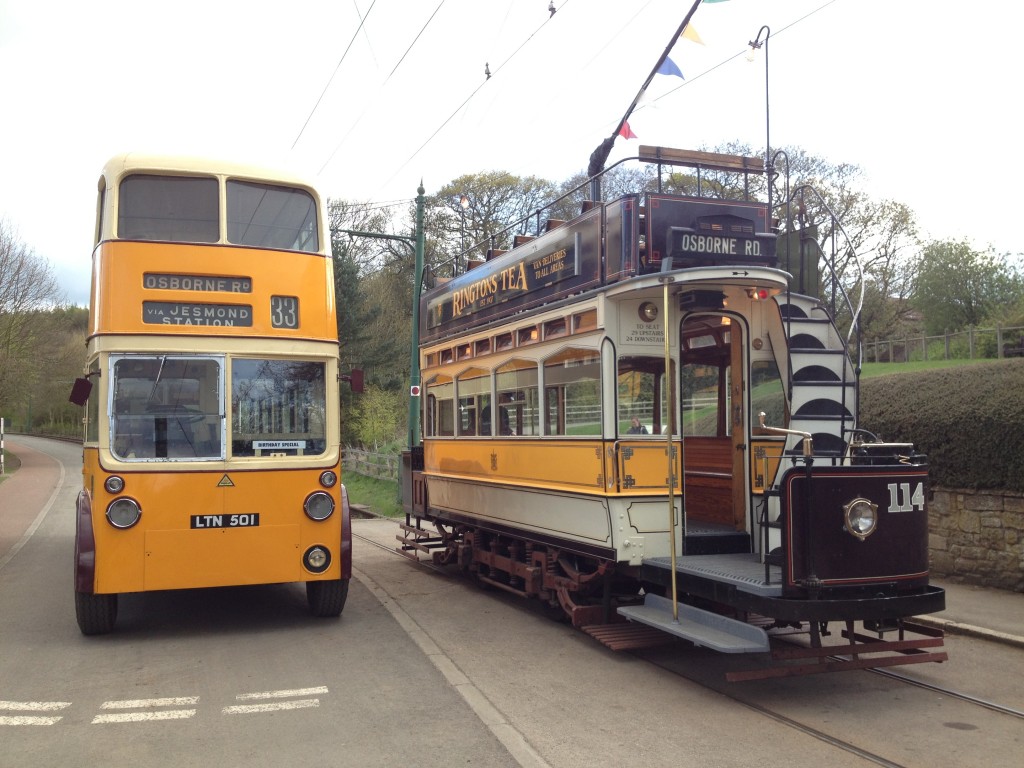 Below: A short video of 501 in action – listen to the coughing and spluttering as the overhead wires are cleared of years of accumulated dirt and dust!