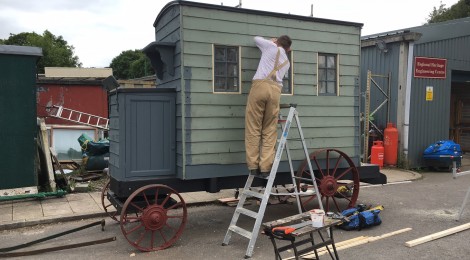 More of the same this week, with a lot of progress on all fronts, as you will read below…

Below: Rob, one of the steam team staff, sent some images of work they have been undertaking in their workshop to enhance the station area.  The Limit of NER Maintenance plates were fixed to the sleepers where industrial sidings or mineral branches diverged – these are to be placed at the level crossing at the west end of the station to separate what is NER from what is ‘waggon works’ – just a small detail but its these that make the overall picture. 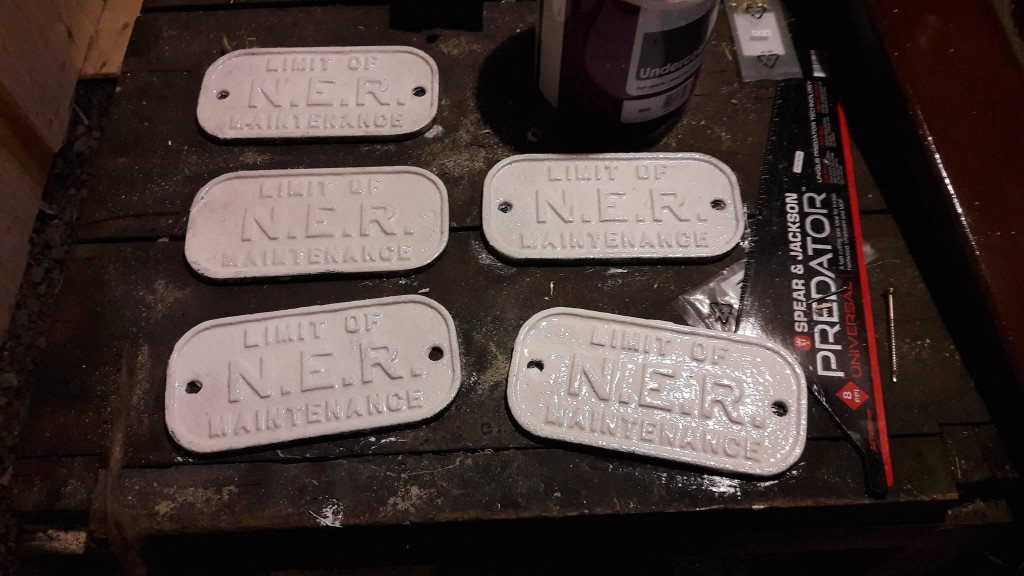 Below: Another detail is this mile-post, adding some additional railway interest at the east end of the run and also creating some NER identity.  Future plans include a small hut for permanent way staff or fogmen here – there being a telephone to conceal and also the NER identity to further enhance.  The low embankment to the left of the line as seen here, created two years ago, is set to substantially increase with spoil from the 1950s site.  This will screen the rear of the town buildings and when planted should make for a more rural experience aboard the train.  It may even be possible to create a path and viewing area so that the trains can be observed passing through the scenery – not terribly easy on a  500 yard railway, but a cameo recreation all the same. 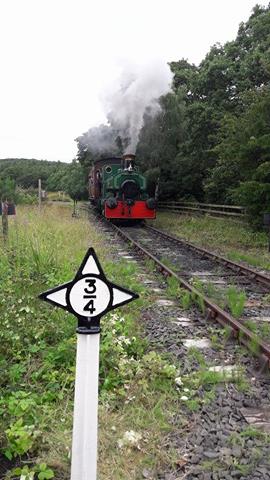 Below: Painting the Morris Commercial continues – this sequence of views showing progress during the week.  The body and bonnet are next to be painted…  It will re-gain it’s original signwriting, and members of the Jerry family (the donors) were able to inspect it on Thursday this week. 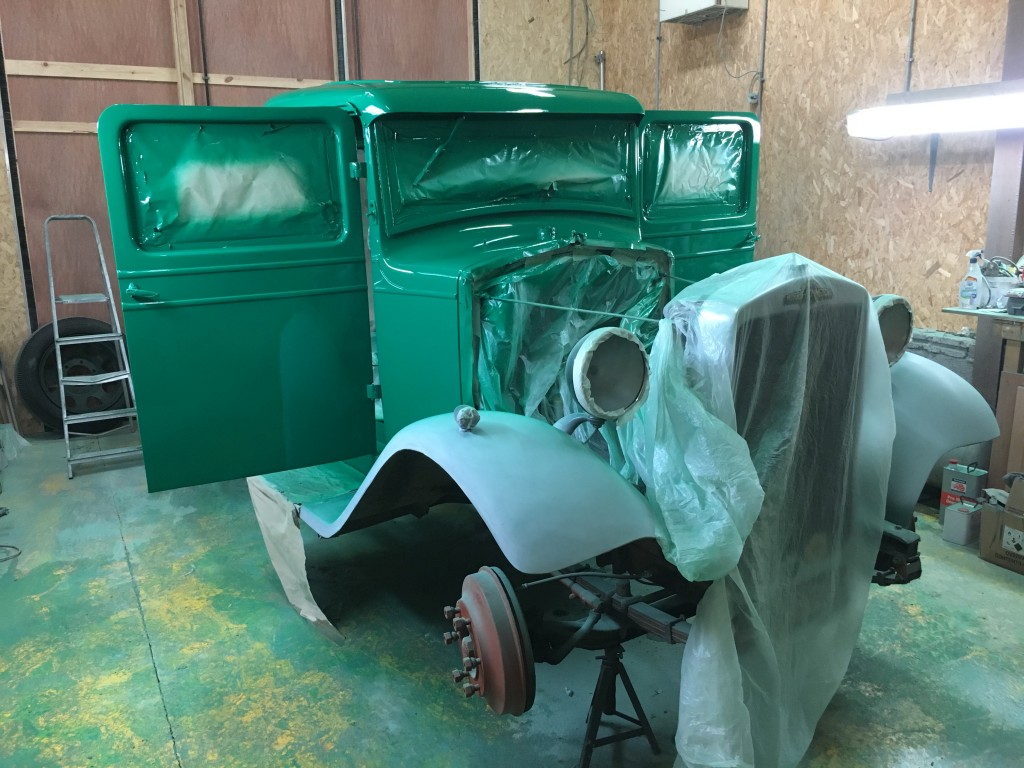 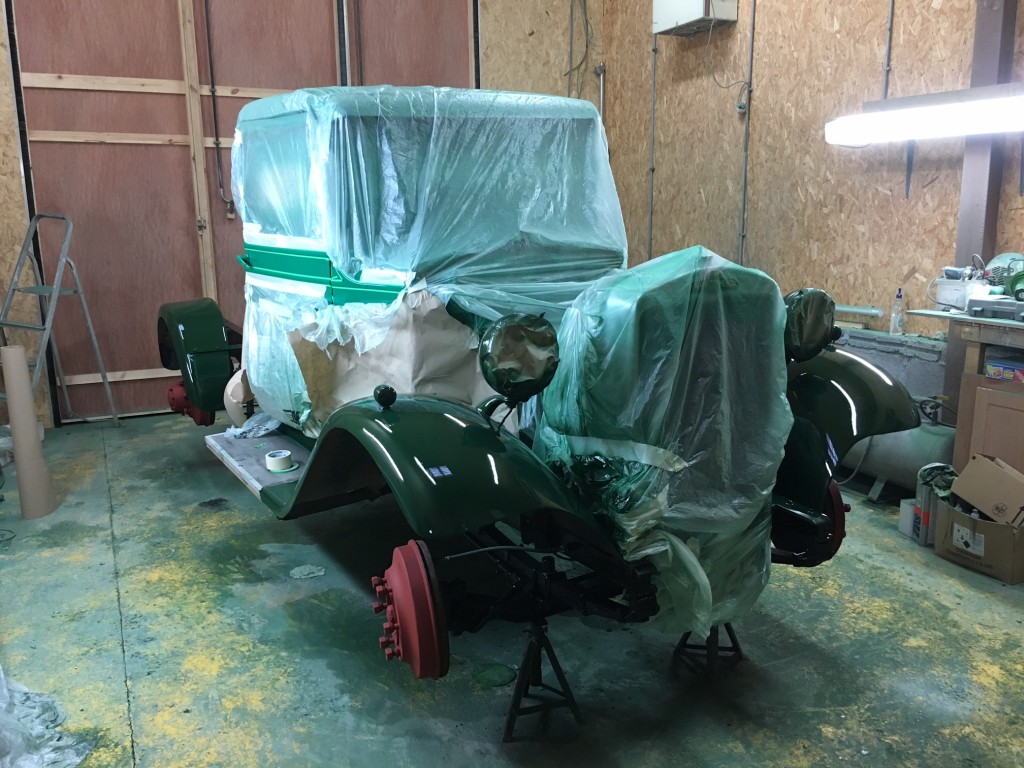 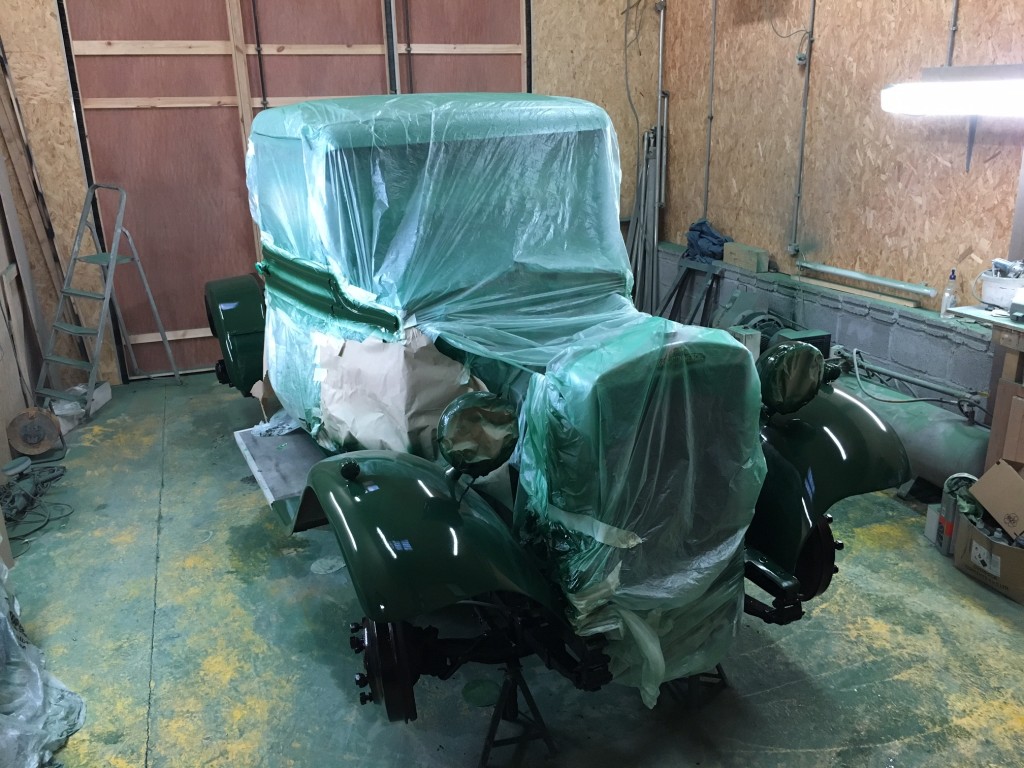 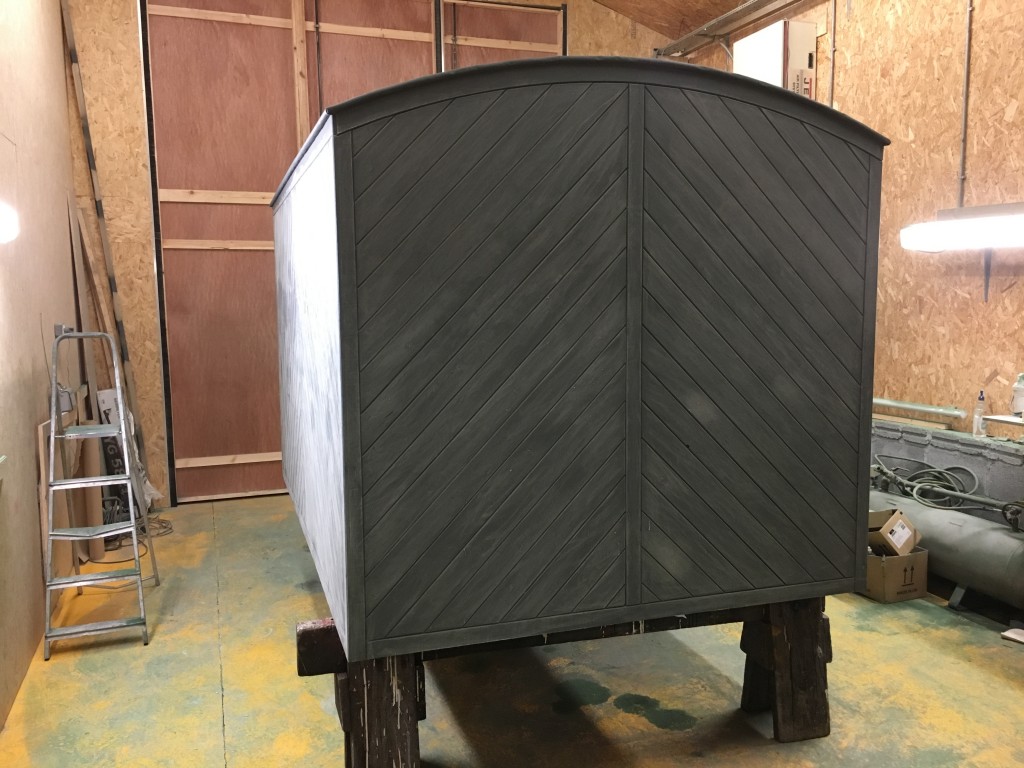 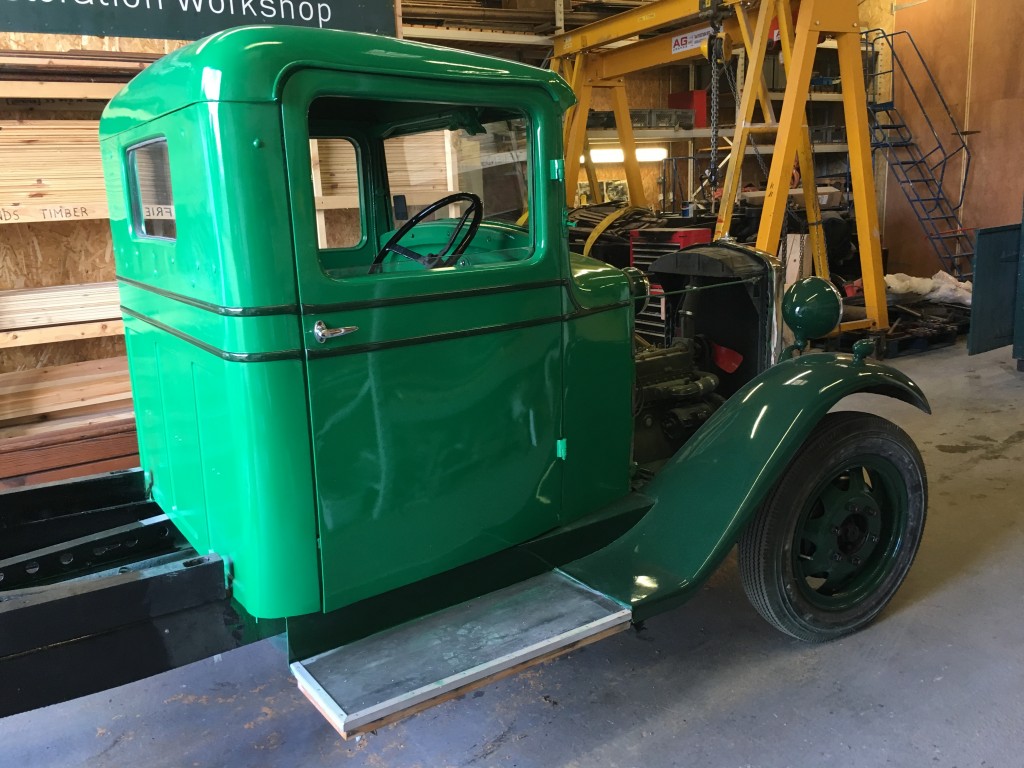 Below: We saw the base of Peter’s horse tram oil lamp in the last post.  Here is the upper case, one of a pair that he is manufacturing from scratch for the tram.  The stairs are also progressing on this project, with one end now in place for trial fitting. 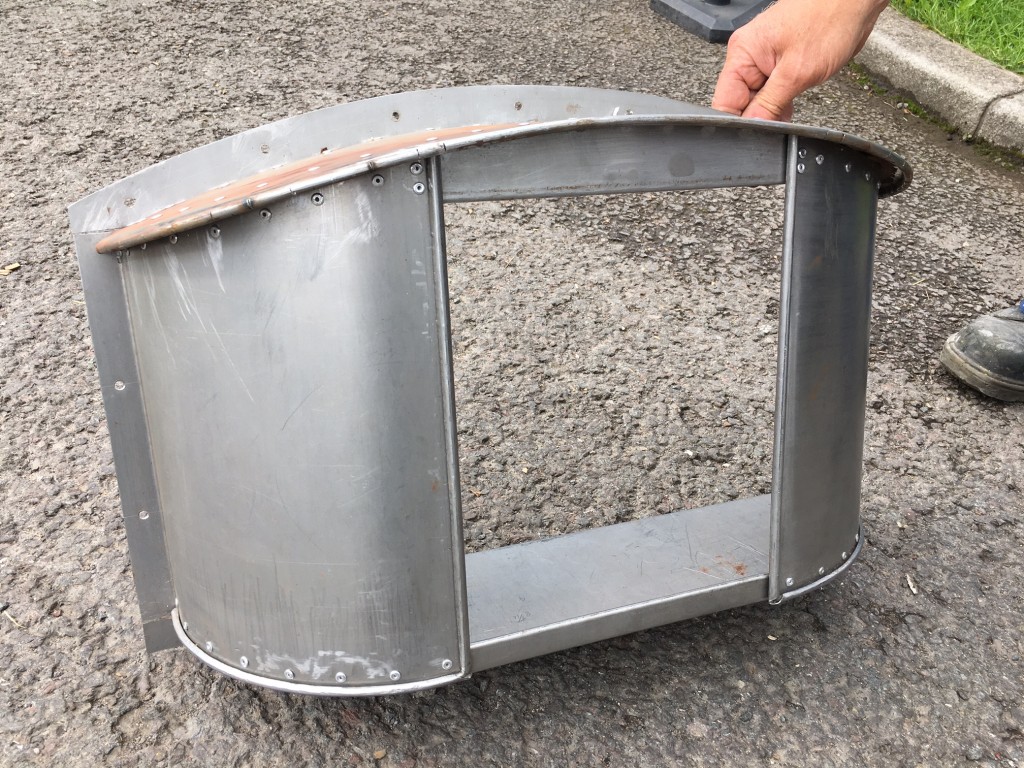 Below: One we’d almost forgotten about!  A shunt around the storage tents led to the Ford Popular donated in 2012 temporarily outside – one still ‘on the list’ to do in conjunction with the 1950s developments. 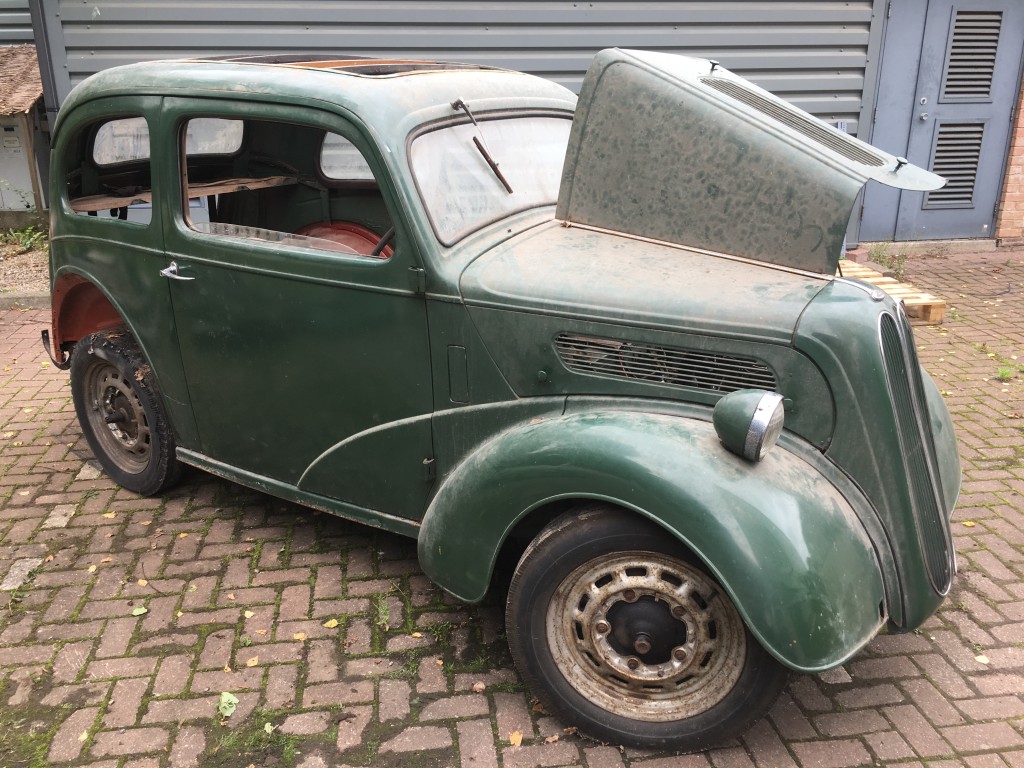 Below: A graphic example of what the intensive use of daily operation in a Museum can do to an object…  This is one of the chip ranges from the Colliery chip shop.  The internal flues have perished and will require replacing.  The intensive daily use over a long working day has accelerated the wear on all of the ranges (something very much in my mind with regard to the three ranges intended for the 1950s chip shop…).  One idea here is to replace the flues with thick-walled stainless steel to improve the longevity of these components.  But as can be seen, extraction creates its own problems and so there is a not insubstantial amount of work required here.  The three-pan range is also showing signs of degradation (it bears the brunt of the work) so will no doubt require similar work in the not t00 distant future. 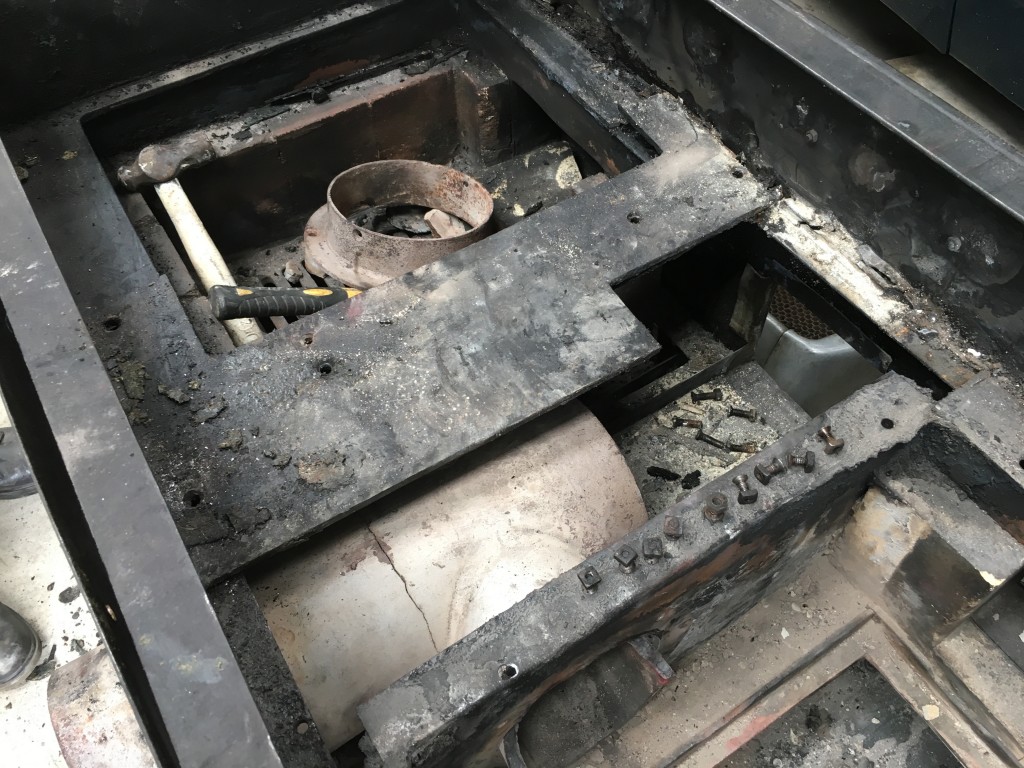 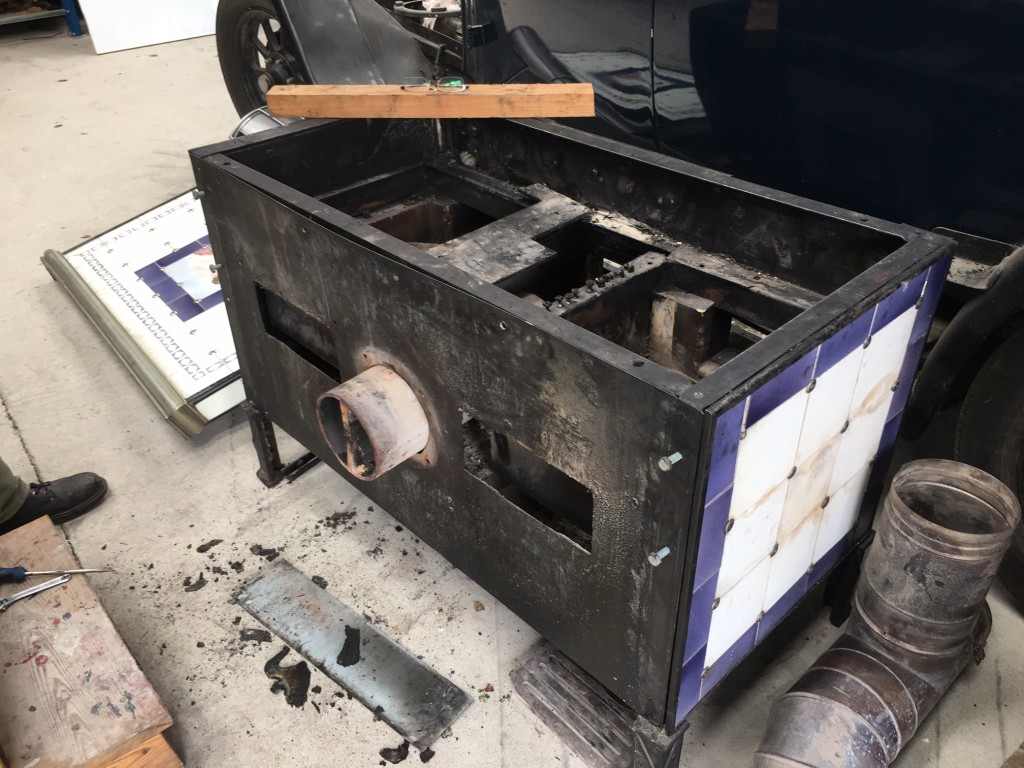 Below: We are continuing with the workshop and depot developments, the aim being to ‘streamline’ the stores, increase the office accommodation, make a dedicated tramway workshop area and relocate the Handymen into a shed in which they can also keep their vehicle, the Seddon lorry.  Tony and Bill are seen here assembling (at lightning speed!) an internal cabin within the barn, alongside racking and the berth for the Seddon. 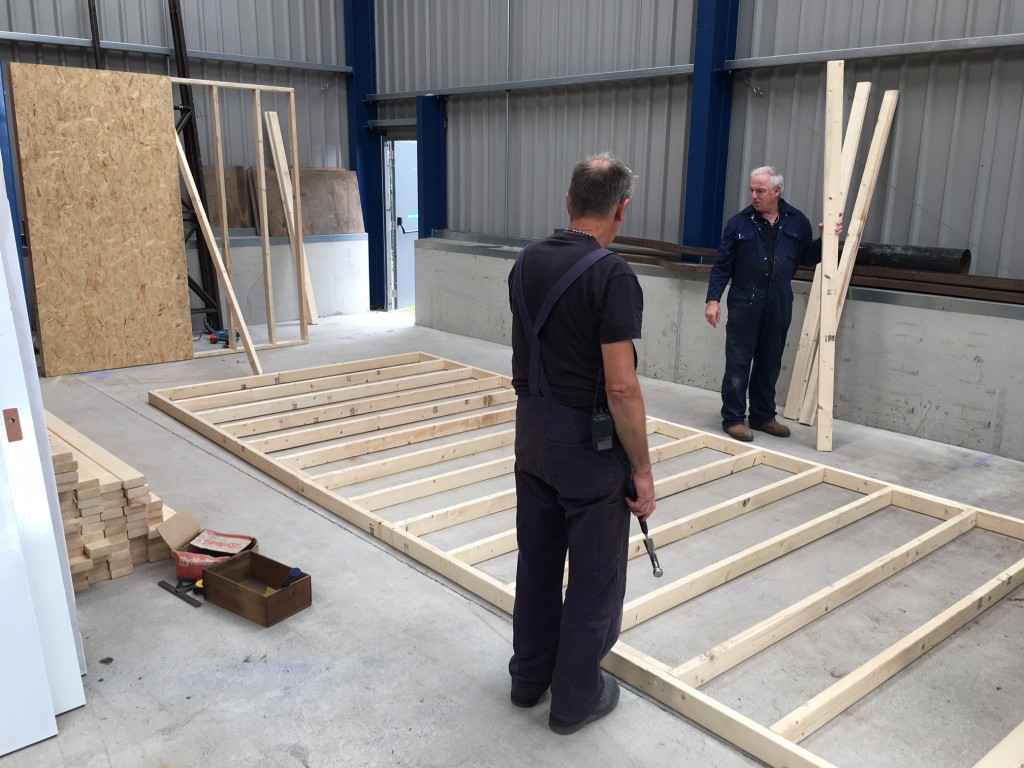 Below: Outside Shaun’s team, who in a few weeks will be starting on the Remaking Beamish programme, are beavering away on the Pockerley Apothecary (there may be an older version of this spelling we use), which is now weathertight and receiving the various details and functional features it will need in its new life as the refreshment outlet up on he hill.  It should be completed this week and handed over for fitting out for its new role. 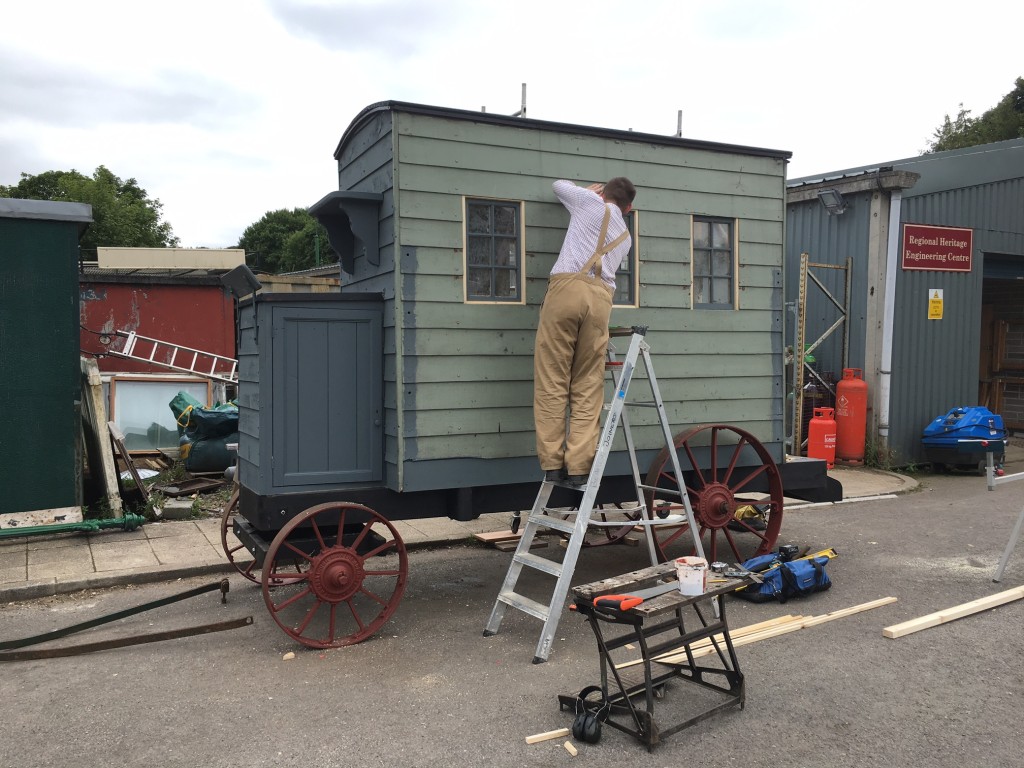 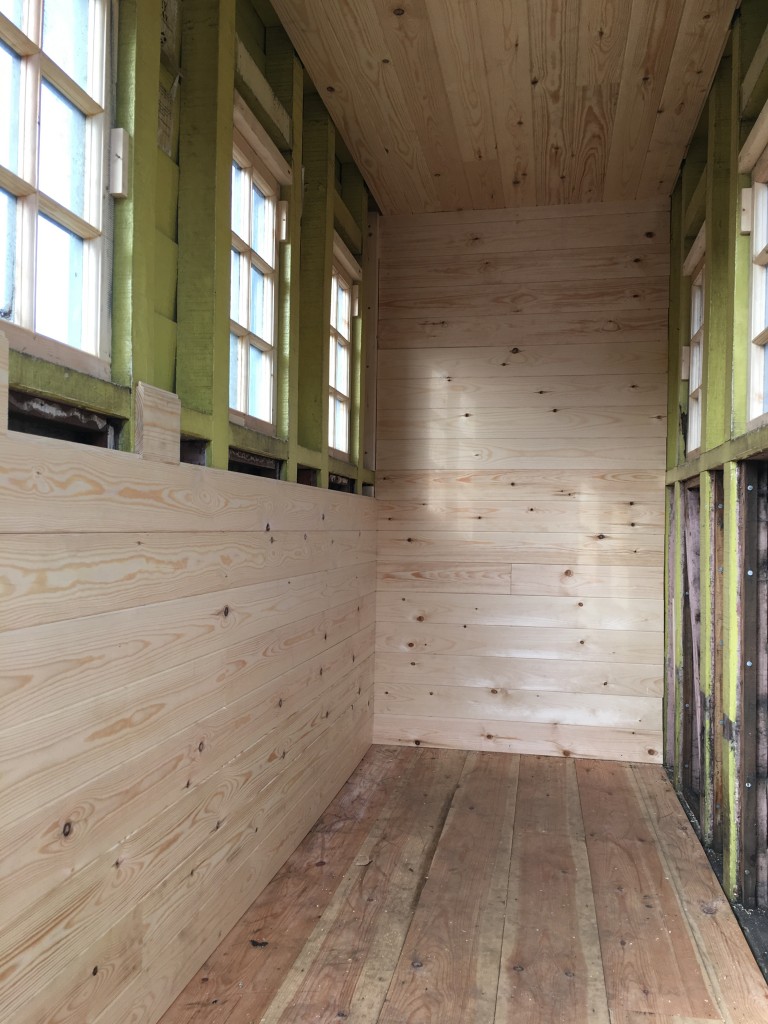 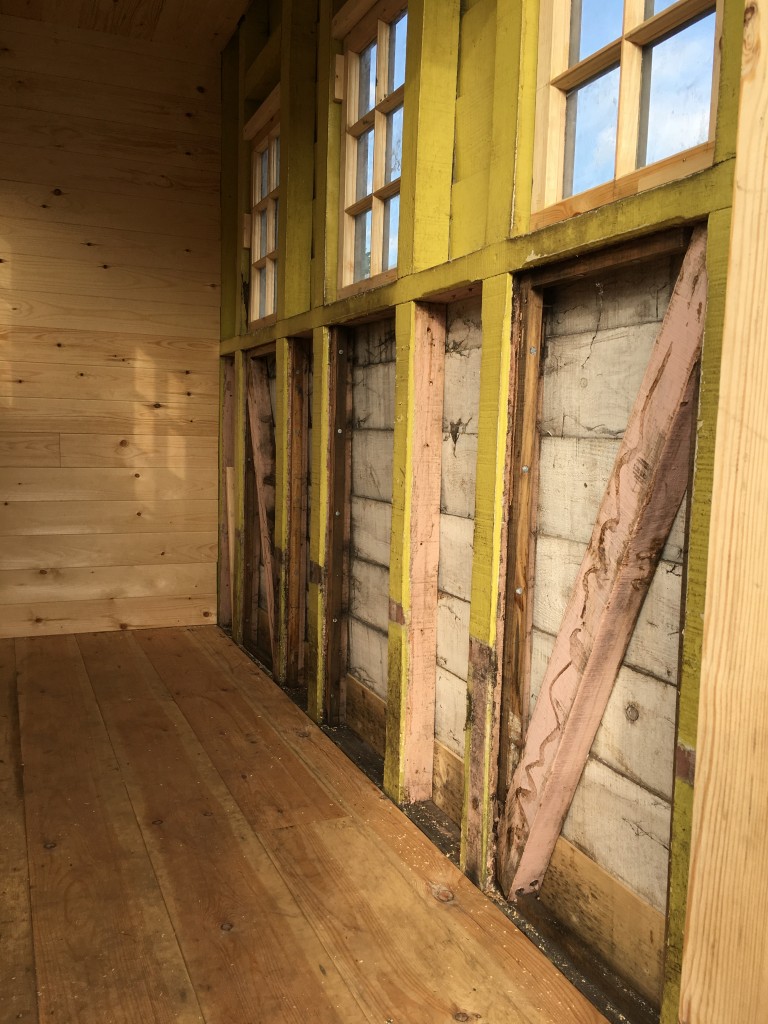 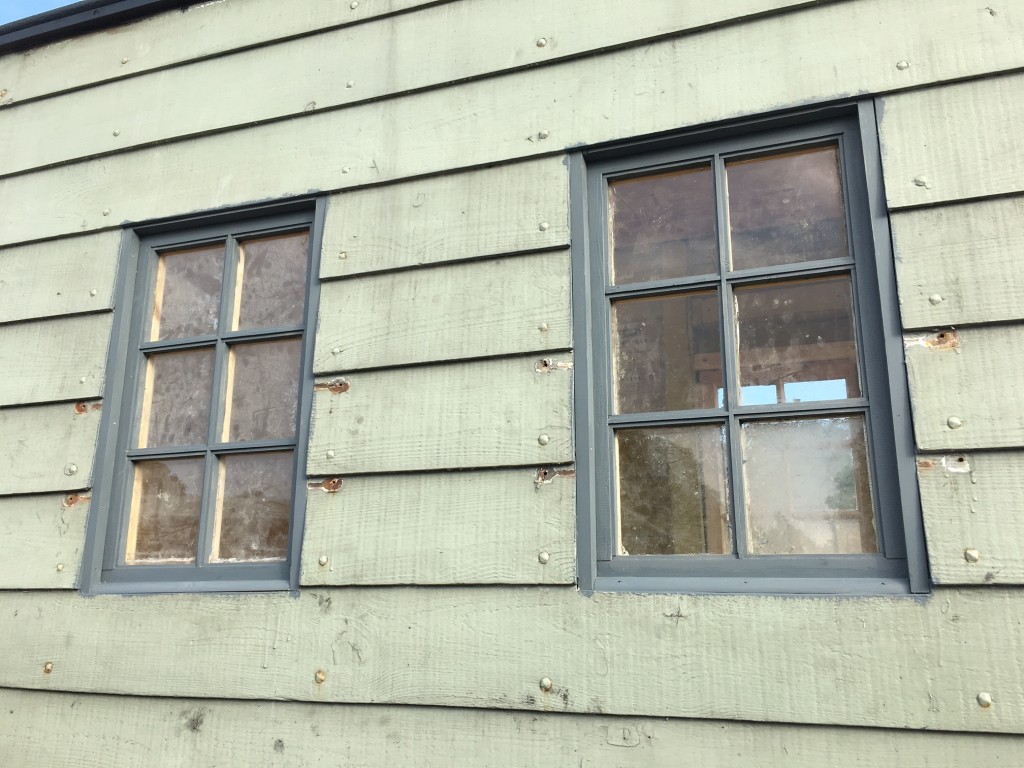 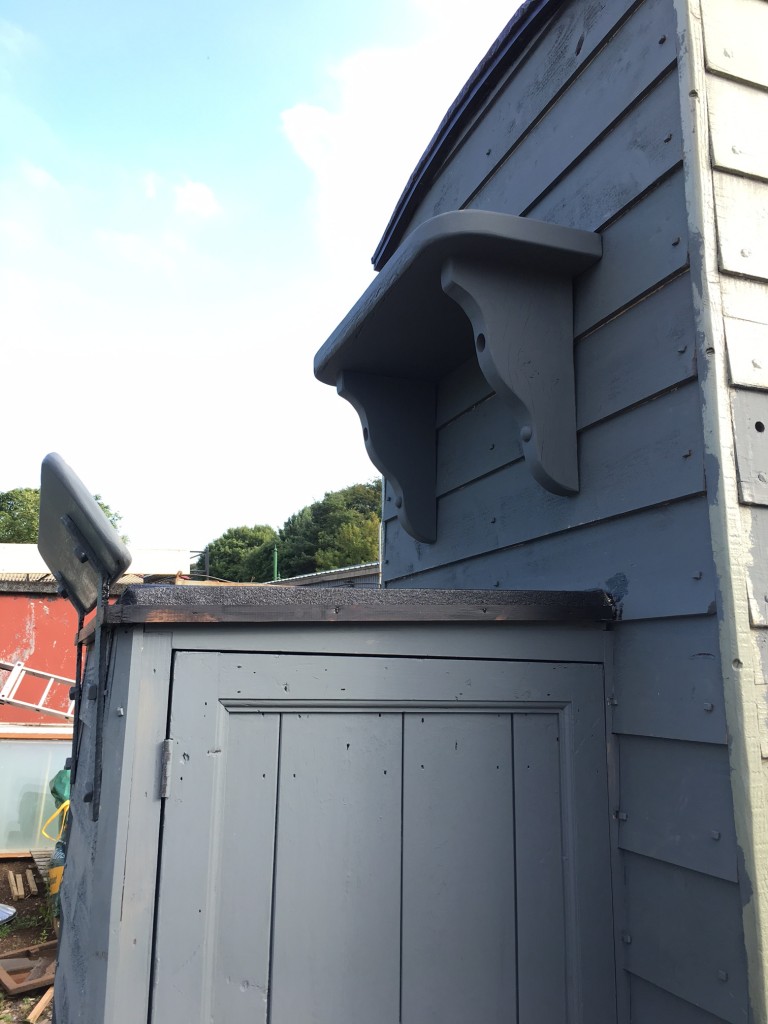