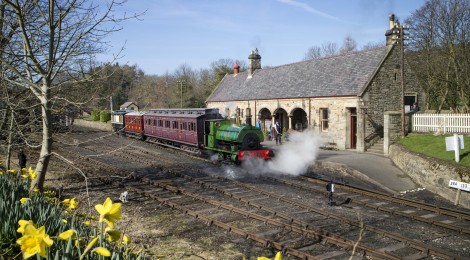 As a change from steam fair photographs, here are a couple of news items relating to Rowley Station and its future operational developments…

Below: Whilst Dunrobin’s overhaul/rebuild has been continuing at Bridgnorth, the Severn Valley Railway’s carriage team have been overhauling the vacuum brake cylinder for the locomotive (having previously overhauled the cylinder for the coach, 58A, some time ago). Nigel Hanson (Kidderminster Carriage Works Manager), who has carried out the work at Kidderminster, sent through some photographs and notes relating to the work carried out. Dunrobin will be the first vacuum braked locomotive in the present operating era at Beamish and so will present some new features for the crews here. There was also some doubt at first as to whether the vacuum cylinder that we had was in fact from this locomotive. Dunrobin had been modified in Canada, having an air brake system fitted and the vacuum components stored. There were also items from a Mk1 carriage which was shipped out to Canada in 1969, so we had ended up with more parts than locomotive to fit them to!

Here the brake cylinder is seen on a jig ready for dismantling. The chambers behind are part of the system for setting up and testing vacuum brake equipment that has been installed at Kidderminster Carriage Works (ex Wolverton I think?). 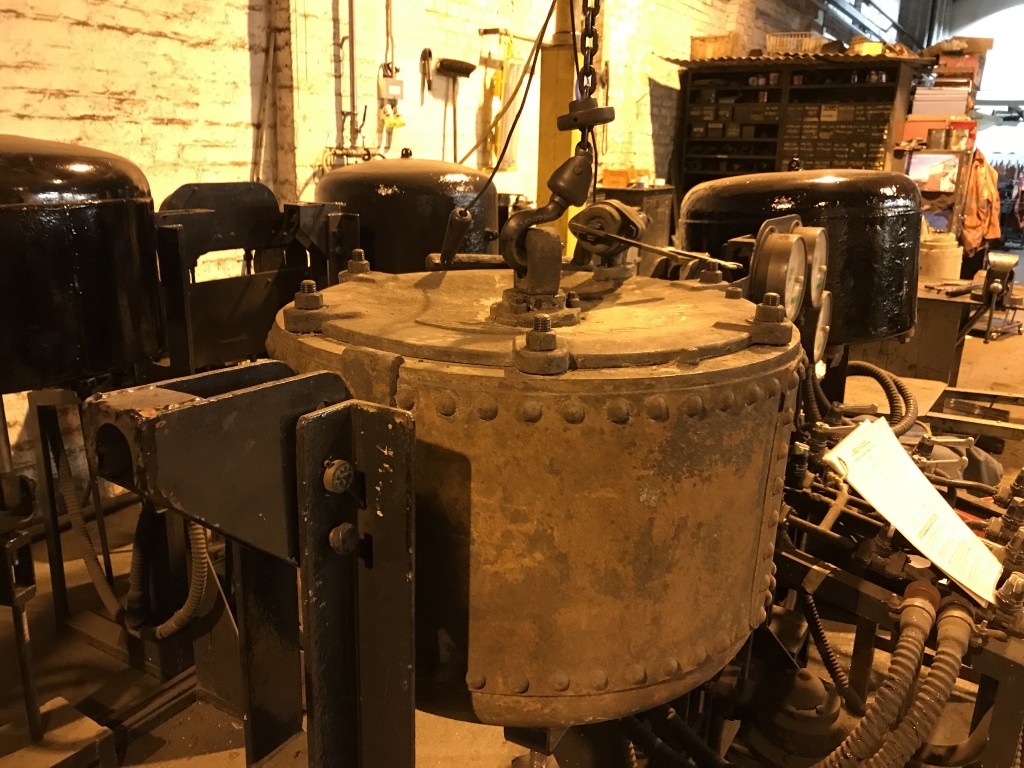 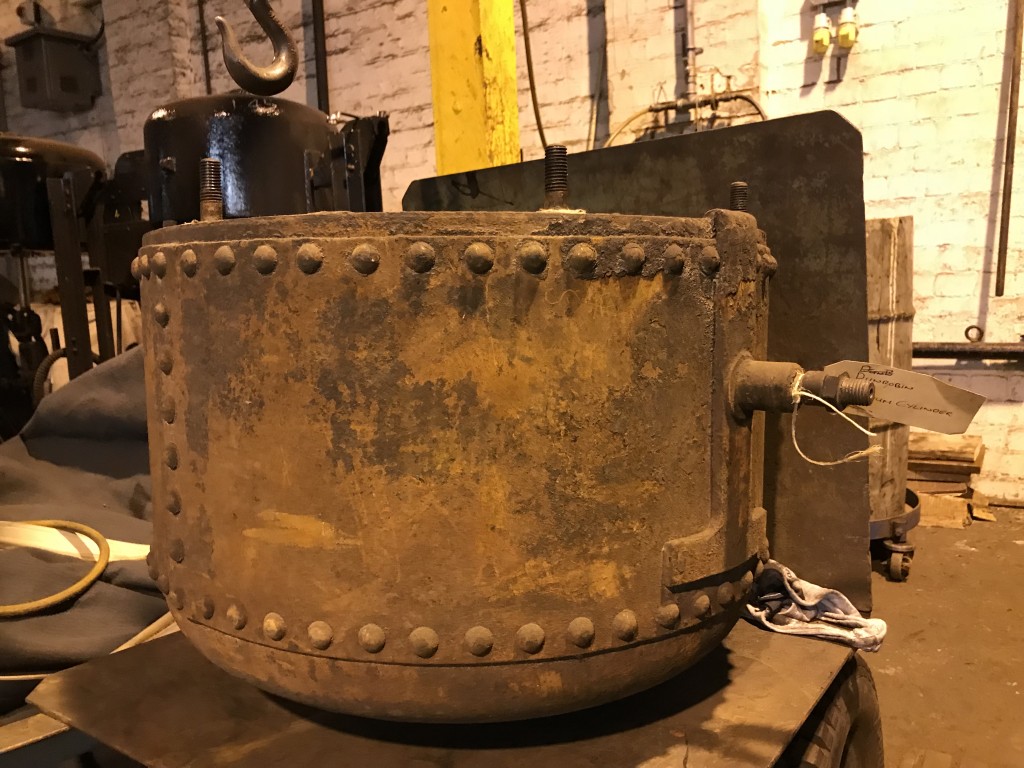 Below: A non standard fitting – it is thought that this fitting enabled the reservoir to be released from a valve on the footplate. Possibly an LMS modification but perhaps something fitted during Dunrobin’s initial running in Canada, when it was still vacuum fitted. 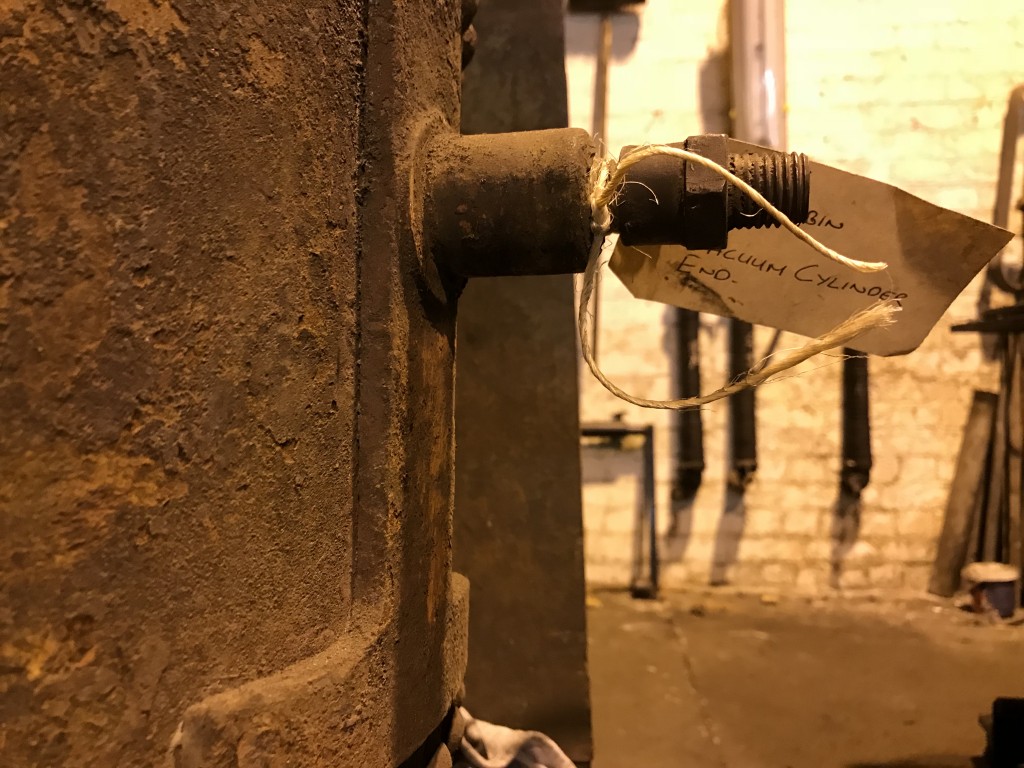 Below: When dismantled, the identity of the cylinder was confirmed by these chalk markings… 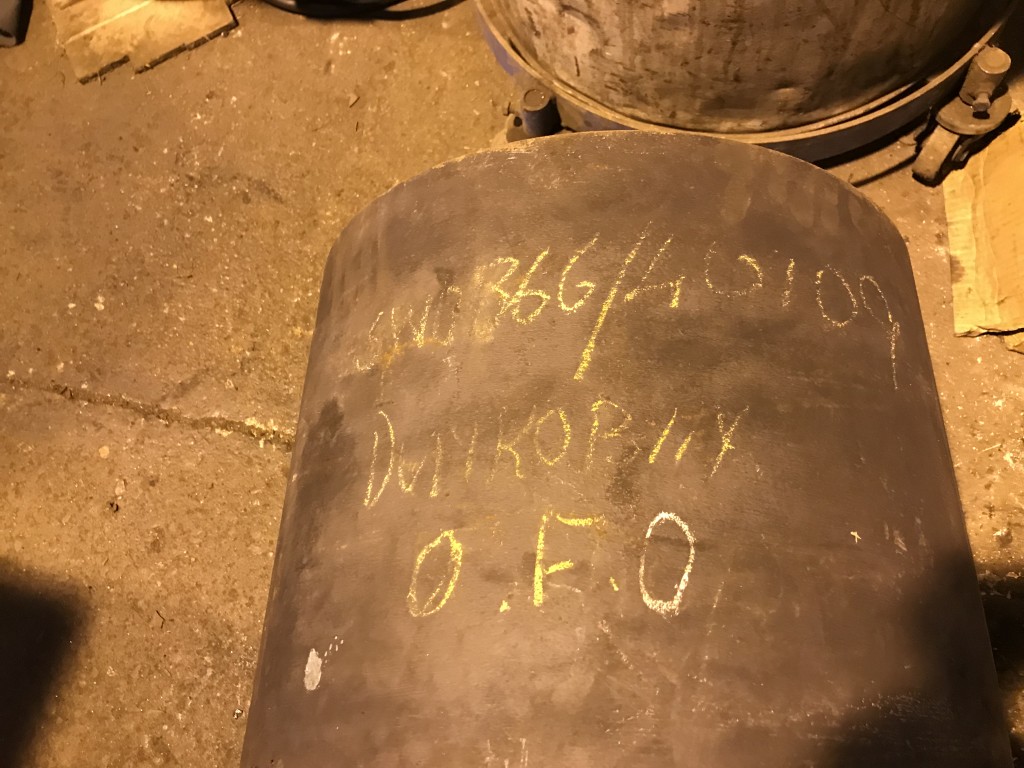 Below: The vacuum cylinder piston is sealed with a rubber ring – the original and replacement are shown here – the newer intact round section of the replacement contrasting with the somewhat worn original! 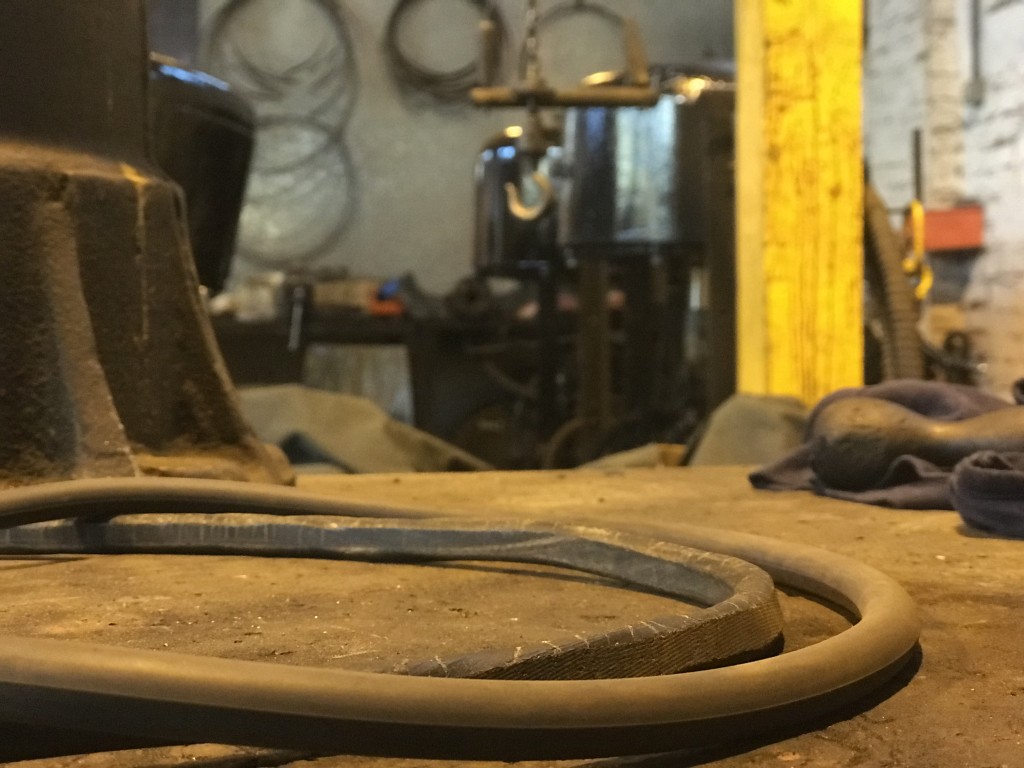 Below: A view inside the cylinder… 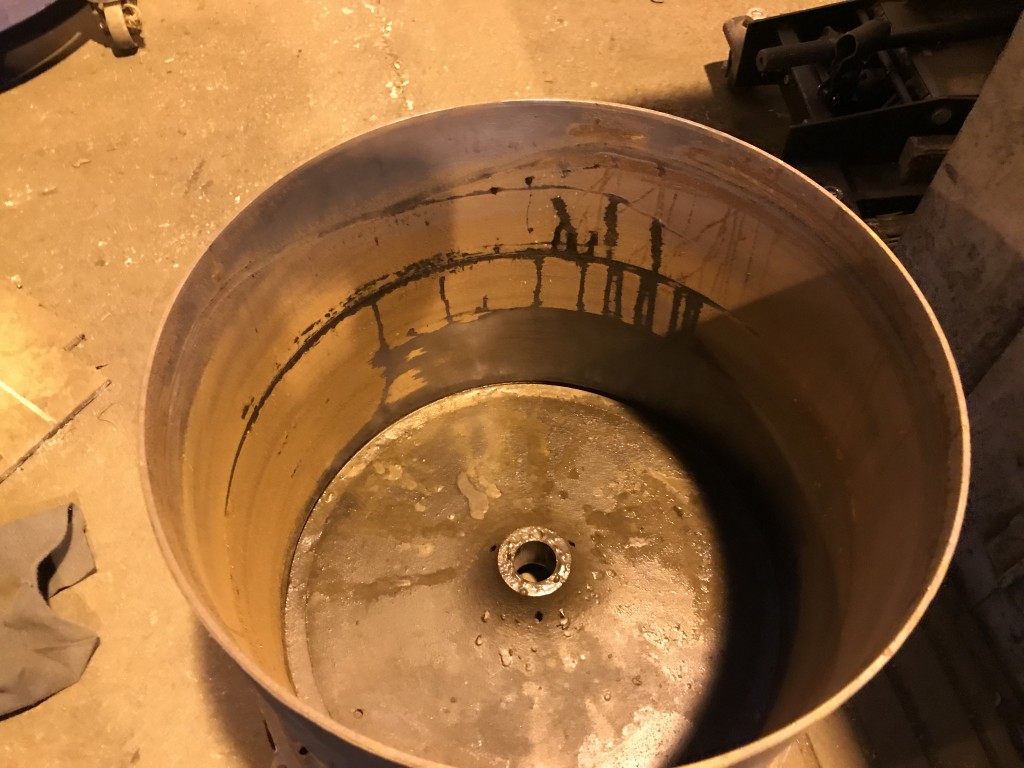 Below: Two views of the piston itself, note the grooves, into which the rubber seal is located. 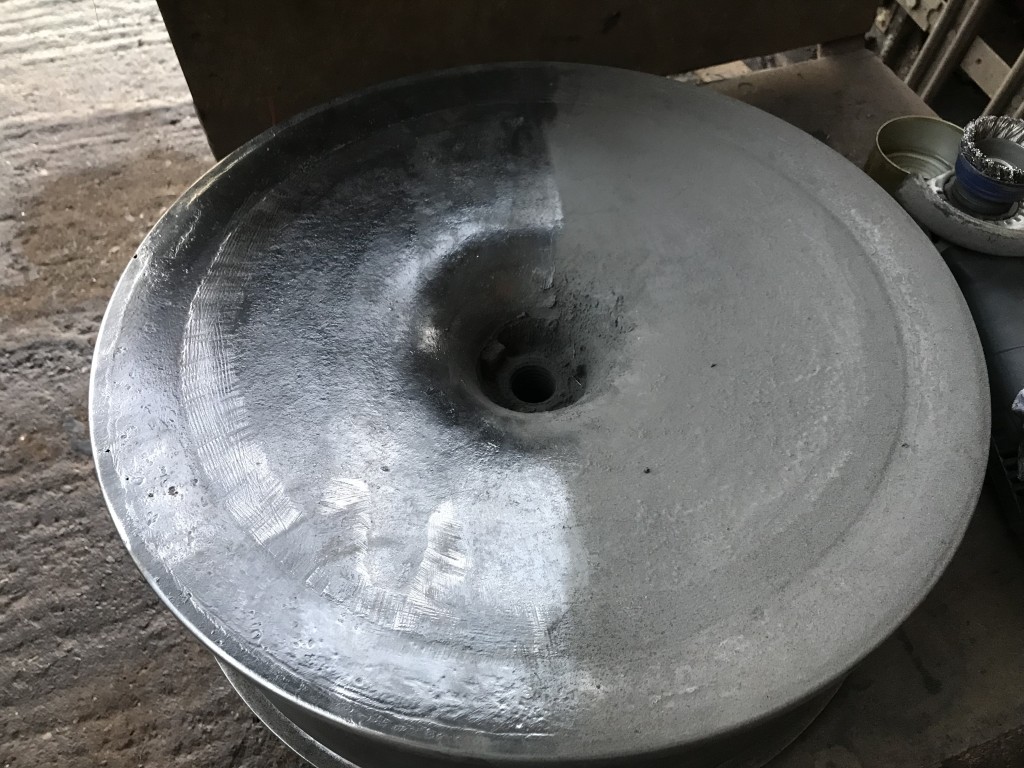 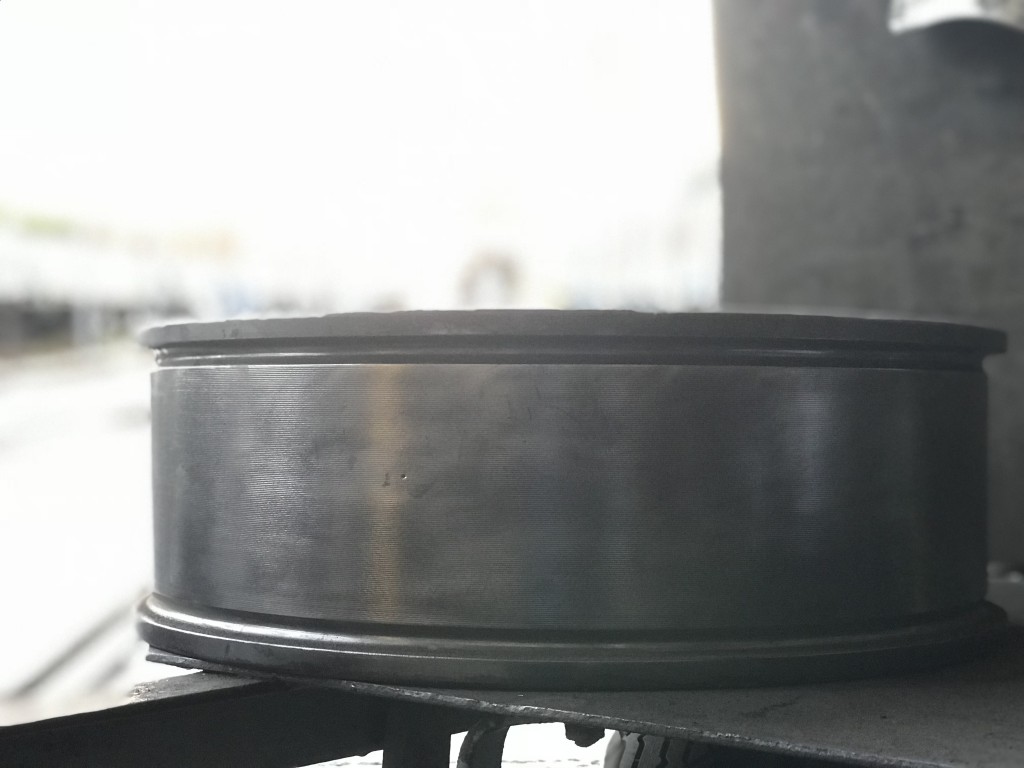 Below: The cylinder being reassembled… The piston rod has been renewed and the rubber neck gland (through which the rod passes) has been replaced with a nylon insert to minimise maintenance in the future. The completed cylinder has been tested and is stored pending fitting to the locomotive when required. The original components not needed for the overhaul have been returned to Beamish for storage as part of the material record of Dunrobin. Many thanks to Nigel Hanson for the photographs. 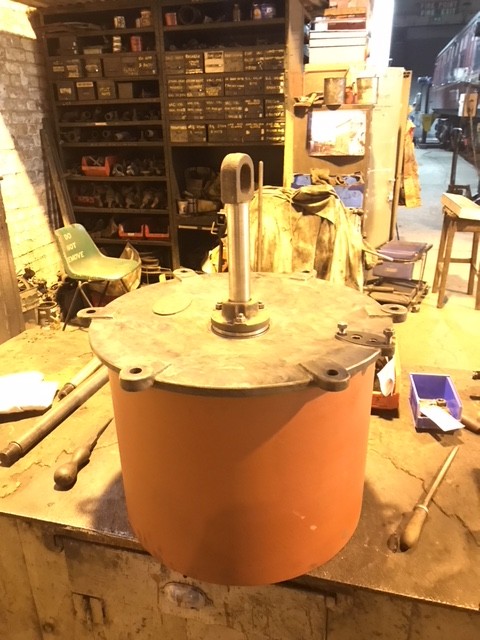 The collection team required access to parts of the storage area usually obscured by rolling stock in the Regional Museum Store. On Monday a shunt was carried out to move these items, including the NER clerestory luggage composite coach 3071 (which carries the number 818 at present). The opportunity was taken to pose this coach in the station and David Watchman sent through these photographs of the shunt.

Our plan is to overhaul and repaint the NER coach, hopefully starting later this year. The RHEC programme is fairly ‘full’ at present, and we will be glad to see the gallopers components completed and depart! Next winter we are likely to have to renew the two chaldron waggon timbers from the Waggonway train, so this will occupy a great deal of the programme from Christmas. The work on Joe the Quilter’s cottage should be finished shortly and Tony and Matt B will turn their attention to some of the other work that is to be undertaken in-house. 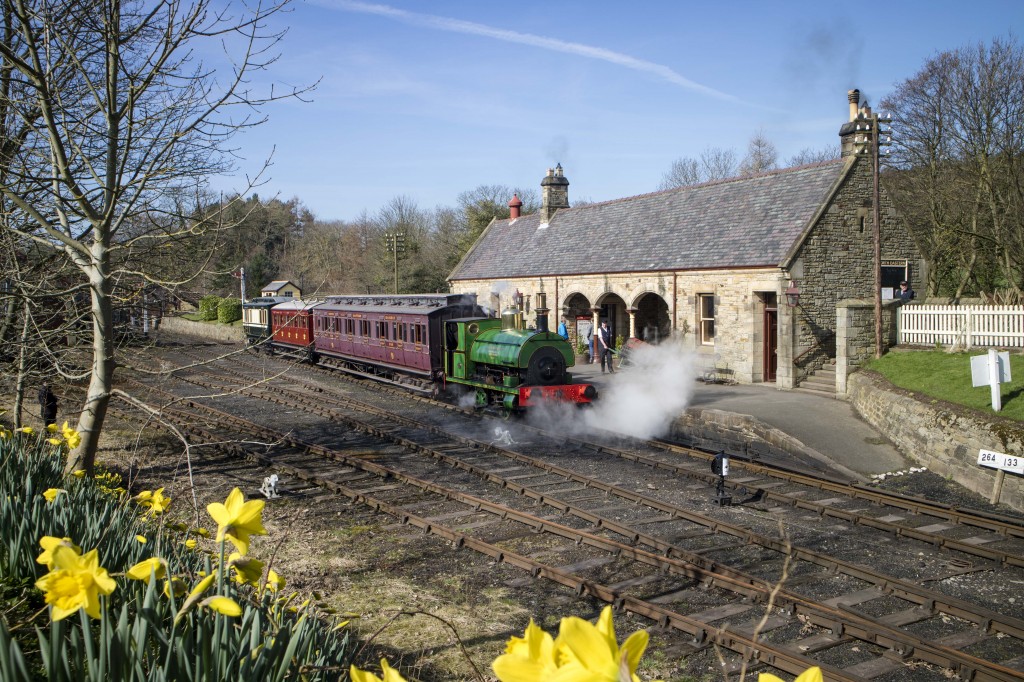 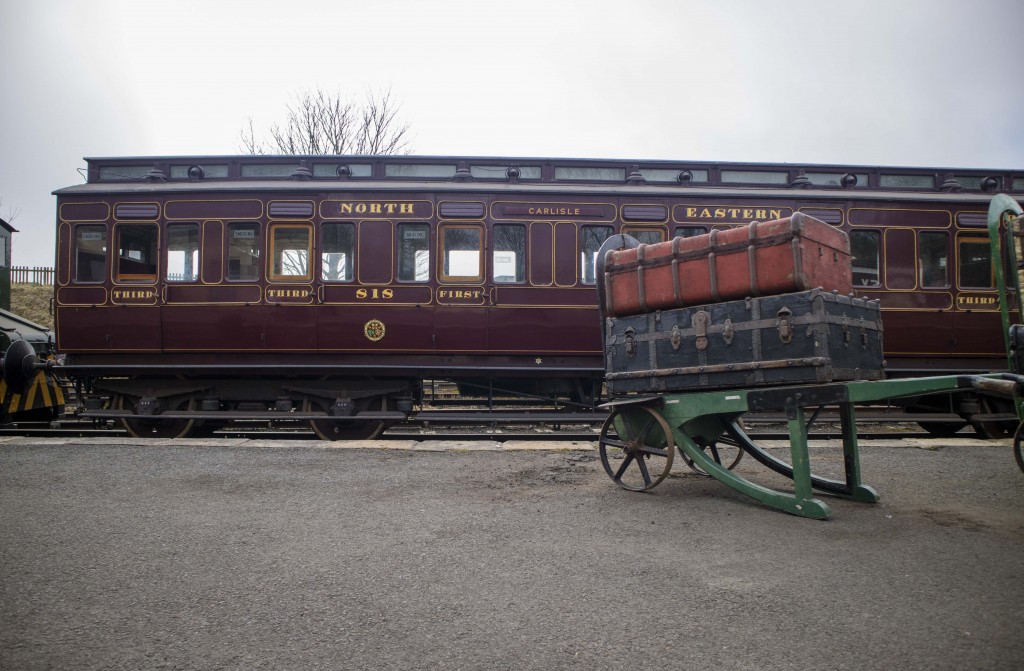 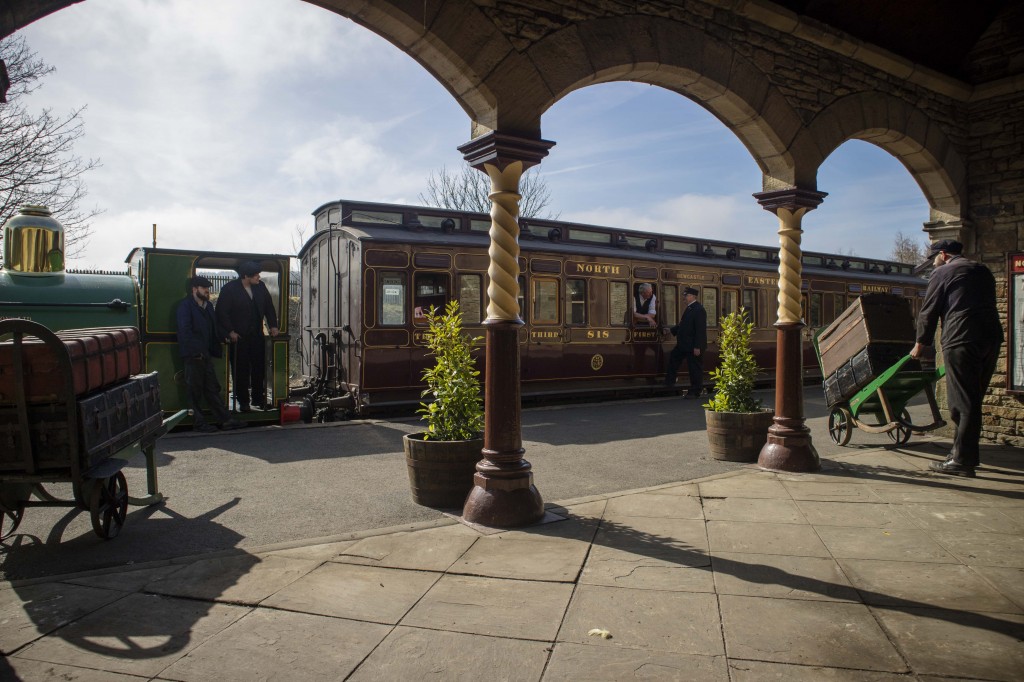 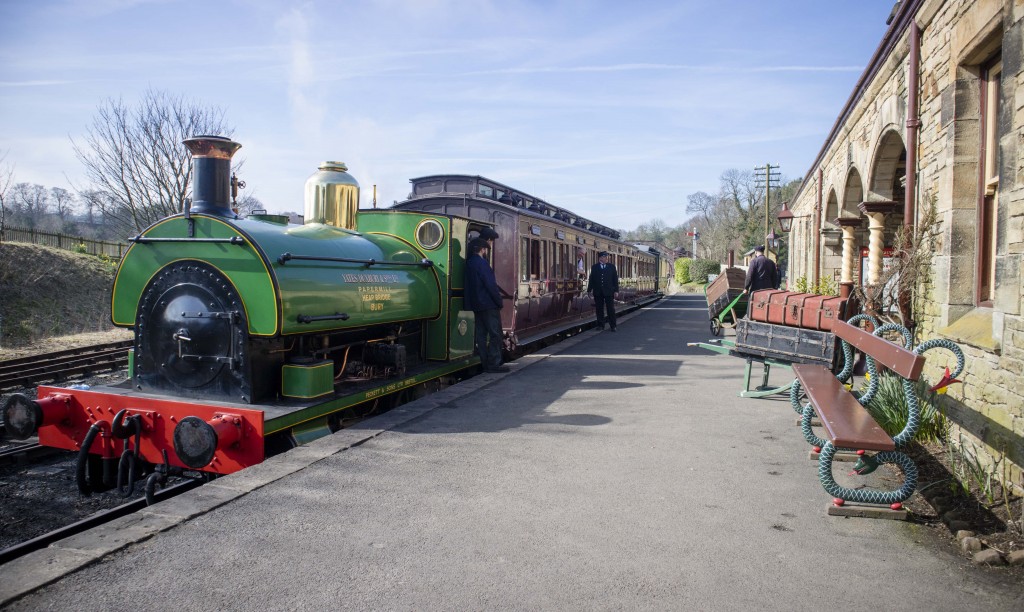 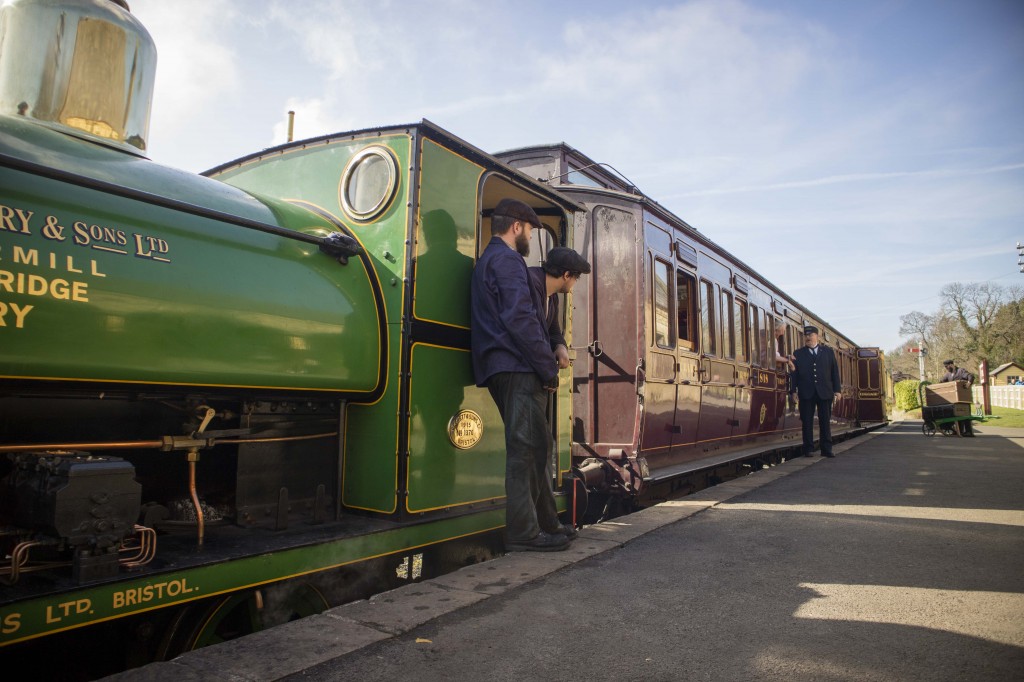