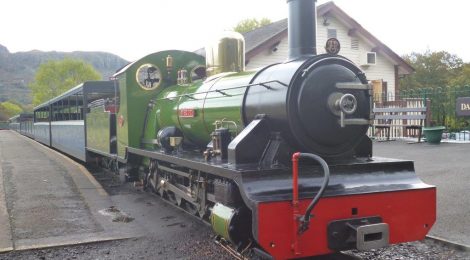 Here we have another Great North Steam Fair announcement. Paul hinted in a previous post about some interesting consequences of creating the 15 inch gauge ash siding, I am sure a lot of readers will be very pleased with these consequences. Here is the press release for the announcement:

The event, which is held annually, will take place at Beamish from 11th – 14th April and displays a wide variety of road and rail transport exhibits in operation around the museum. A short demonstration line has been laid in The Colliery area and it will be possible for visitors to take a short ride on a train hauled by these locomotives. They will be the first 15-inch gauge locomotives to operate at the museum.

Celebrating its 125th birthday “River Irt”,  built in 1894, was originally named “Muriel”, while “Katie” was built in 1896. Both locomotives were built by Sir Arthur Heywood, and proved that the 15-inch gauge was the minimum that could be used for a practical and functioning railway system. Both locomotives found their way to the Ravenglass and Eskdale Railway (R&ER) in 1916/17 and were used for both passenger and granite traffic.

“Muriel” was rebuilt at the Ravenglass workshop, and emerged in 1927 as “River Irt”, the locomotive has hauled passengers on the R&ER since. “Katie” was too small for the R&ER so was sold, first to the Southport Railway and then to the Fairbourne Railway, by 1929 the locomotive was dismantled. The remains of “Katie” found their way back to Ravenglass and after a long rebuild period, the locomotive returned to service in 2017 thanks to the Ravenglass & Eskdale Railway Preservation Society.

Martin Cookman, Railway Operations Manager at Ravenglass and Eskdale Railway, said: “Our locomotives are in regular use on the Ravenglass and Eskdale Railway and occasionally visit other railways around the country for events. It is excellent to be working with Beamish Museum and for one of our locomotives to visit the North East. For ‘River Irt’ it will be a return to the North East having operated at the Gateshead Garden Festival in 1990, this is another part of the locomotive’s 125 year history. I hope that visitors to the Great North Steam Fair will be interested in the locomotive and perhaps visit Ravenglass in the future.”

David Rounce, Project and Activities Manager at Ravenglass Railway Museum, said: “’Katie’ re-entered service in 2017. This year will see the locomotive take a grand tour of other railways to bring our collections to a wider audience. Beamish will be the first visit in the tour, which also includes a visit to the Fairbourne Railway. This is a great opportunity for people to see and experience one of our heritage items in operation.”

Matt Ellis, Keeper of Transport at Beamish Museum, said: “We are pleased to be working with the Ravenglass and Eskdale Railway and Ravenglass Railway Museum to enhance the exhibits and activities for the Great North Steam Fair. Our events in 2019 will explore the stories associated with life after the First World War and into the 1920s. It is fitting that these two locomotives were in industrial use through the war and were repurposed in the 1920s to carry passengers. This, in part, was to meet the increased demand due to people having leisure time and the ability to perhaps take a holiday.”

“For enthusiasts visiting the event, these will be the first 15-inch gauge locomotives to operate at Beamish. It will be possible over the event to see 15-inch, 2 foot and standard gauge steam locomotives running in close proximity, alongside the range of road steam and internal combustion vehicles that will be operating across the site.”

Below: River Irt is seen here at Dalegarth station on the R&ER 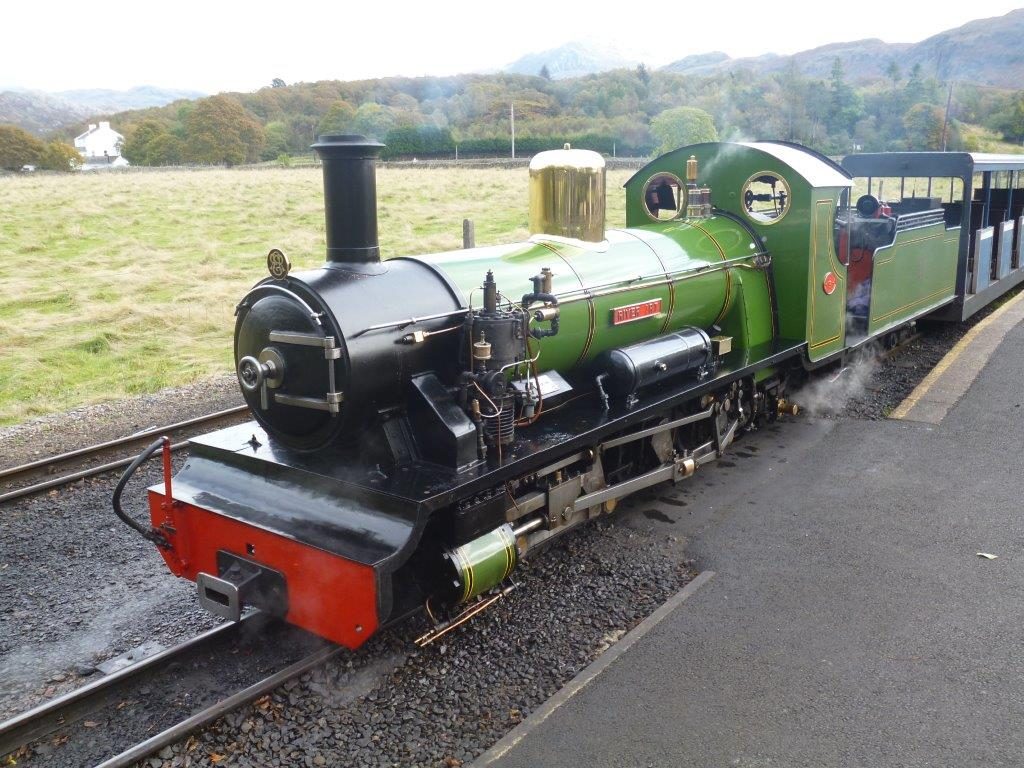 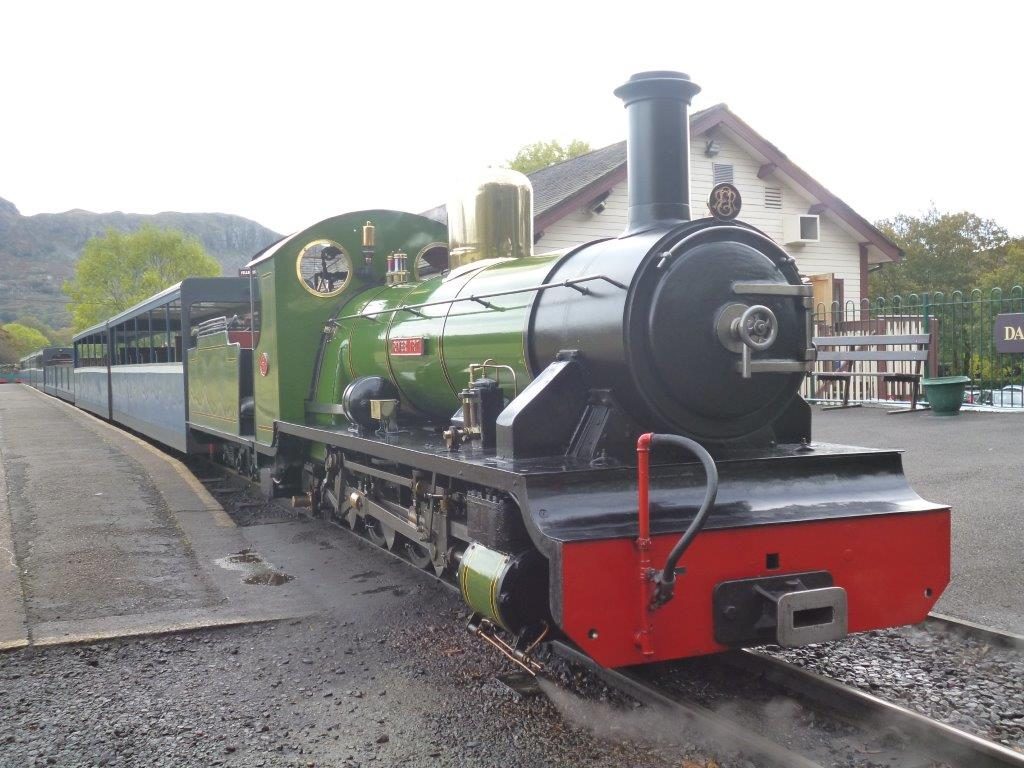 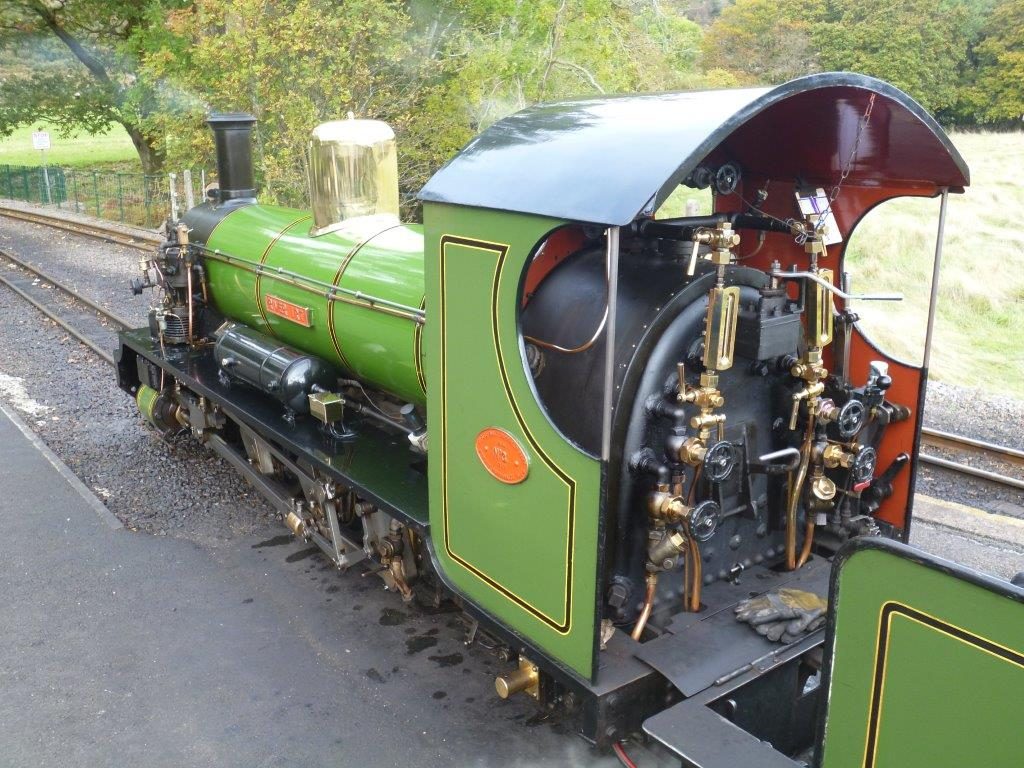 Below: Katie is seen here in the Ravenglass Railway Museum 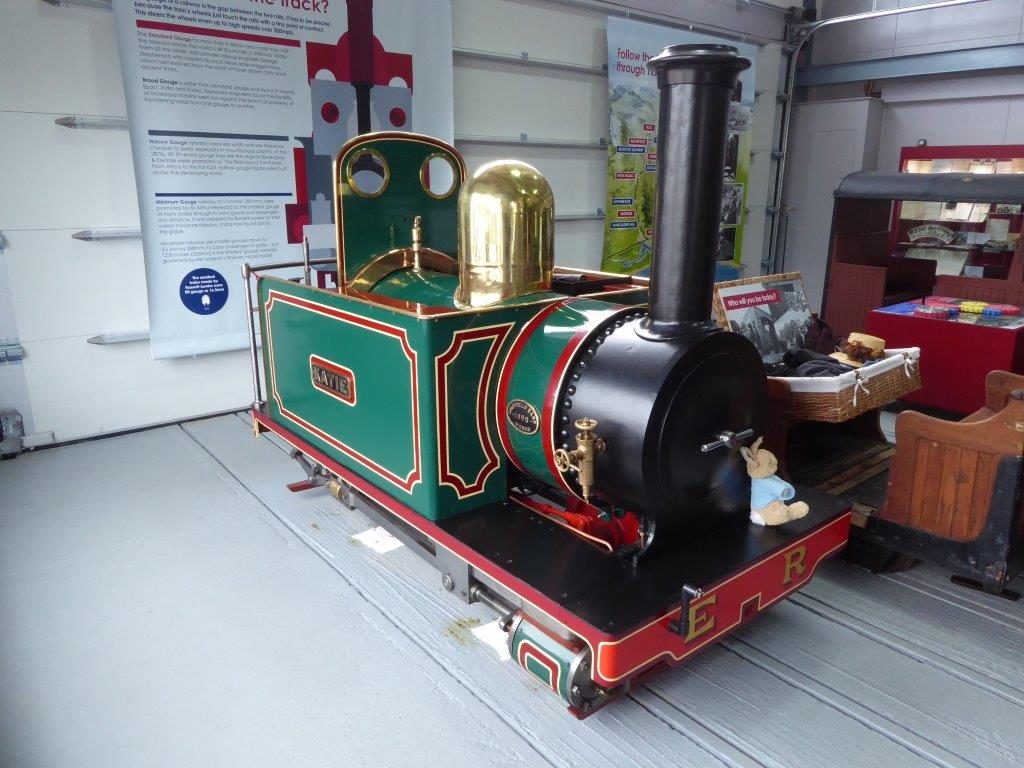 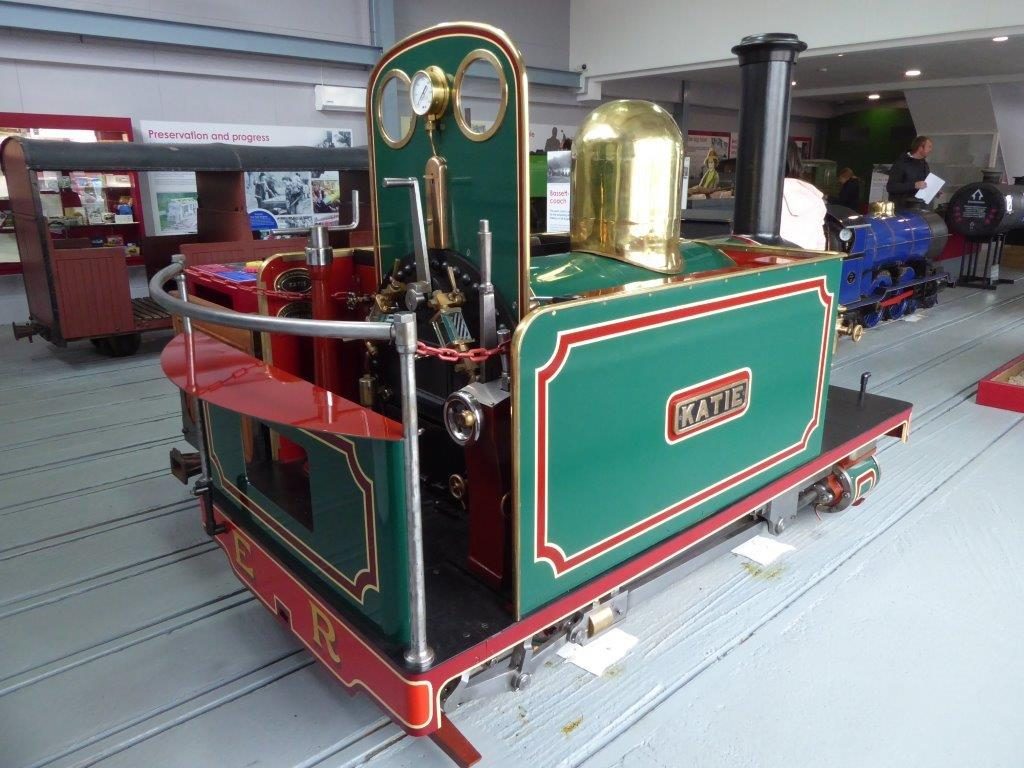 Below: A reminder of the progress with laying of the 15 inch gauge line. 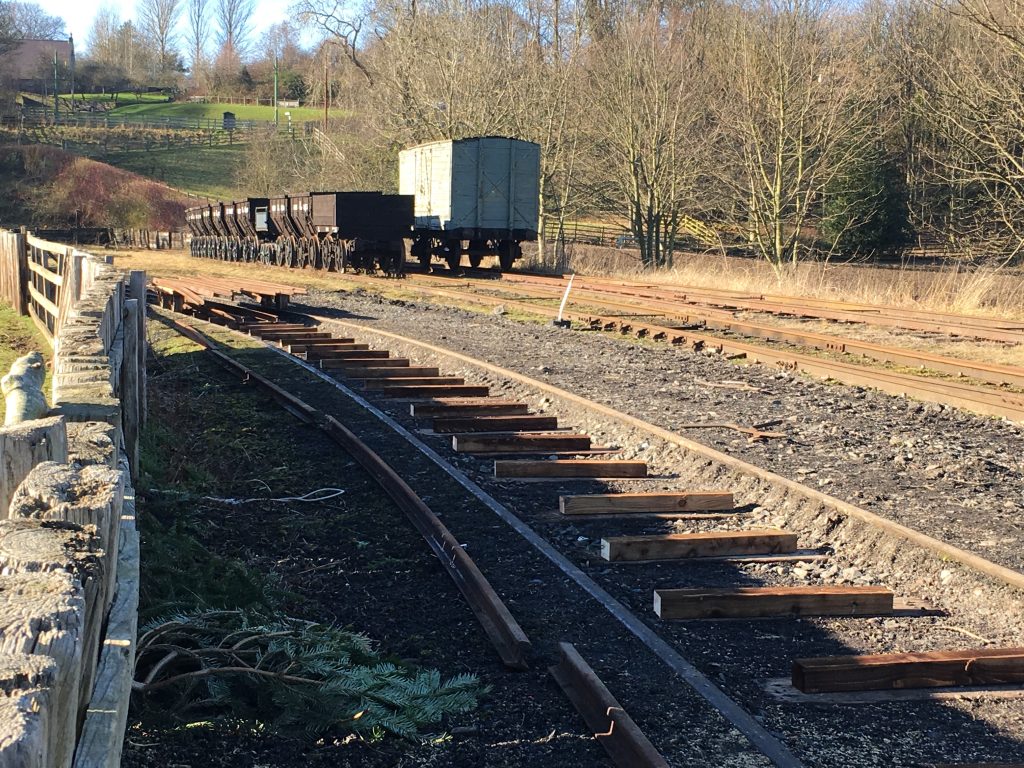 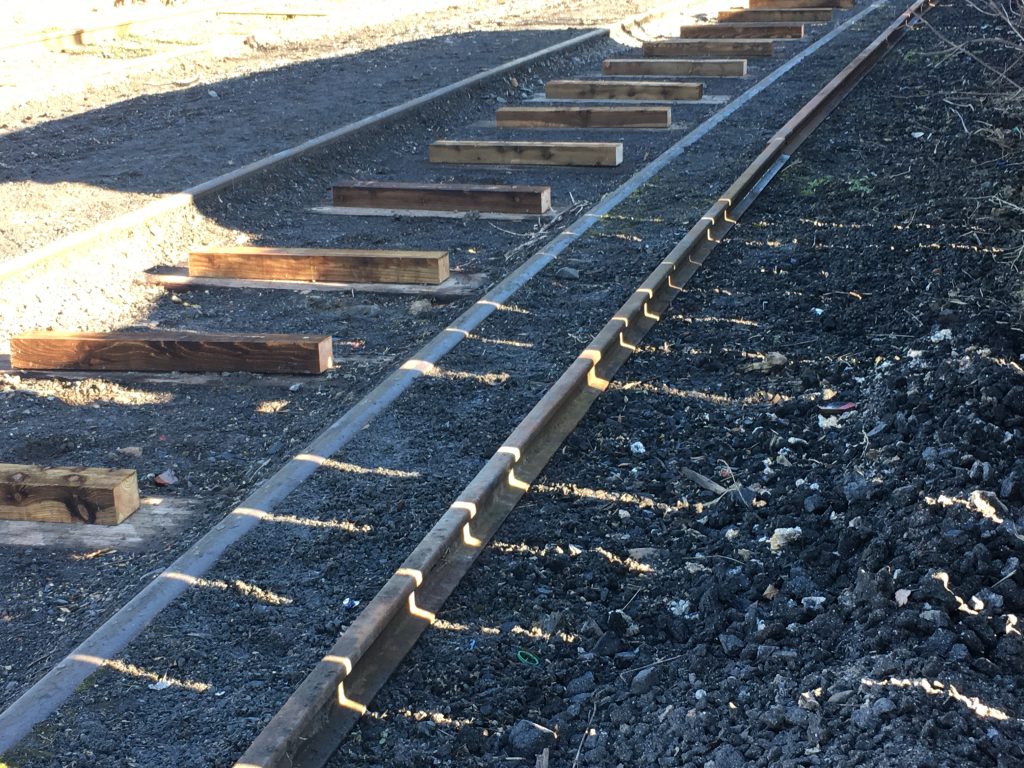 Below: Visitor access to the demonstration line will be via one of the disused pit cottage gardens. This has been cleared, a section of the fence removed to access the railway and then a rolled surface to finish, forming a station of sorts. Additional photography vantage points are also created by doing this. The garden will be the ideal position for seeing 15 inch, 2 foot and standard gauges operating in close proximity. 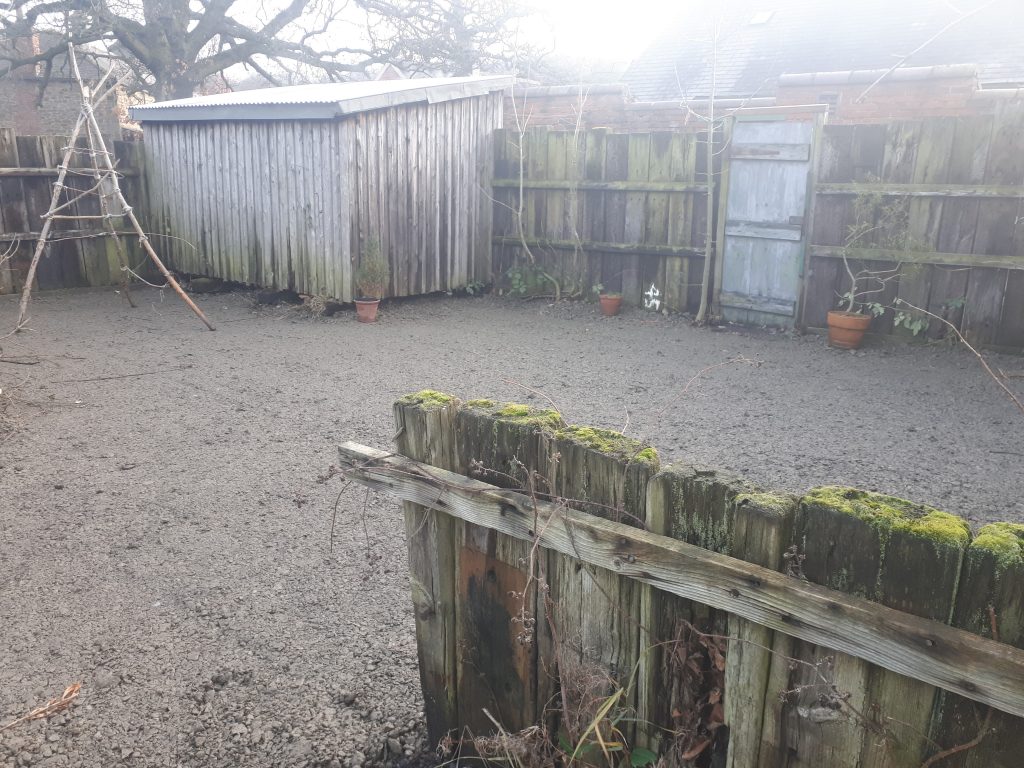