28th February 2009
Two museums in one day, and both free! Starting with the recently refurbished (at the cost of £27.9million!!!) Kelvingrove Museum in Glasgow, followed by the Glasgow Museum of Transport and Technology. Each offers quite a contrast in museum styles and Kelvingrove certainly succeeds in being an all-embracing city museum and art gallery with all of the modern interpretive tricks that can be found in any museum curator’s sleeve. It is extremely well done, though by definition it is somewhat light on transport exhibits. City of Glasgow, the resident Spitfire, LA198 Mark 21 built in 1944, is suspended from the ceiling of one of the halls and is easily viewed from the first floor balconys. 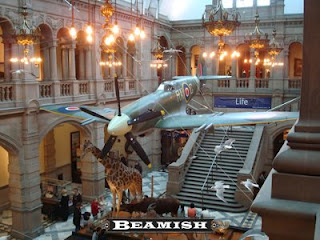 Across the road (quite literally!) from Kelvingrove, is the Kelvin Hall, home to the Glasgow Museum of Transport and Technology. However, this will not remain the case for long as a new home for the museum, the Riverside Museum Project, is due to open in a stunning building alongside the Clyde in 2011. This is another multi-million pound project and will no doubt vastly improve the way in which this comprehensive city transport collection is displayed and interpreted. At present, the Kelvin Hall site is a somewhat cramped hall, where the exhibits are aligned in rows so as to maximise the space. The curators at the museum must be delighted at the opportunity to put the collection into a new context, bring out hidden gems and add new ones (the recently repatriated North British built 25NC steam locomotive being an example of this). The city was farsighted in saving a representative collection of tramcars and offering a home to the historic collection of Scottish steam locomotives restored by British Railways in the 1960s. Industrial locomotives plus cars, buses, bicycles, motorcycles and a huge collection of model ships compliments the display. I very much look forward to seeing the new museum and how it chooses to display this extensive collection. If you want to see it in the present situation, go soon as no doubt the museum will have to close in 2010 to allow transfer to the new site, just to the South.
Notable exhibits include the tramcars, a recreated street (set at night) and the 0-4-0VBG built by Alex Chaplin & Co which is very reminiscent of Beamish’s own ‘Coffee Pot’ locomotive, to the extent that I believe Head Wrightson may have been strongly influenced (to put it kindly!) by the Chaplin design, examples of which were working in the Teesside area where HW were located. 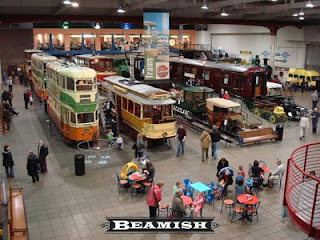 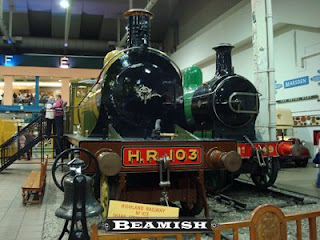 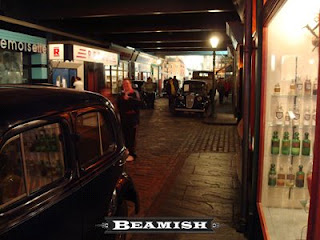 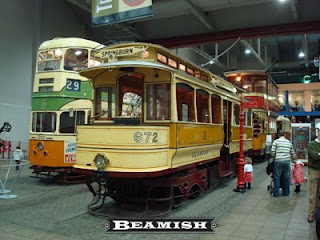 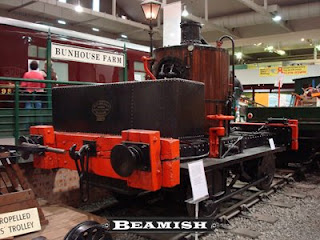 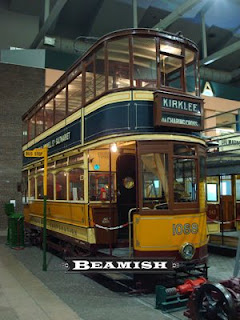 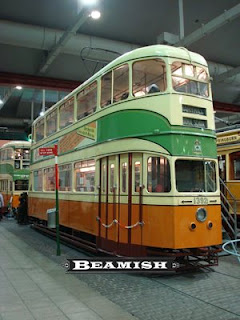 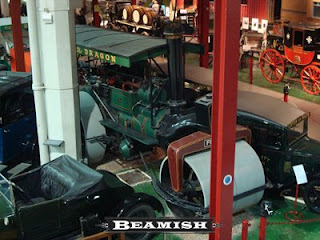 A quick visit was made to the Stobcross Crane (often referred to as the Finnieston Crane due to its proximity to the quay of that name), commissioned in 1926 by the Clyde Navigation Trust and completed in 1932. It was built by Cowans Sheldon of Carlisle for the sum of £55,351 and stands 165 feet tall with a 253 foot long cantilever jib. The lifting capacity was 175 tons! It was used primarily for lifting boilers and engines into ships under construction, but later was used for a variety of heavy machinery lifts, most notably the locomotives built by the North British Company at Springburn. It use declined until it was finally disused by the early 1990s. It was an iconic symbol for the 1988 Gateshead Garden Festival and is now a Grade A listed structure. 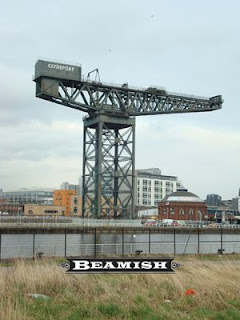