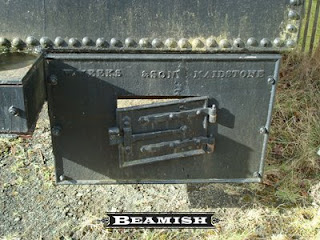 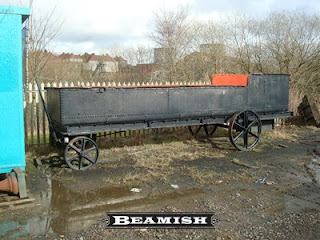 You may remember I asked if anybody knew what the black tank on wheels might be used for – here is an answer from Robert Whitehead:
The device shown in your pictures was used in Kent, particularly in the hop-growing areas, for boiling the poles and “dead men” used in hop wirework but I dare say they got used for similar work in other situations such as telephone posts and fencing posts. William Weeks even got as far as building a few traction engines! The firm also made many of the cast iron signposts used in Kent and a great many tar boilers.

Today I called in to Bowes (again!) to discuss the roadmenders hut. The photo below shows Derek Young (a long retired colliery carpenter) at work on the floor supports of the structure – best to do these before the heavy planks are fixed in place! 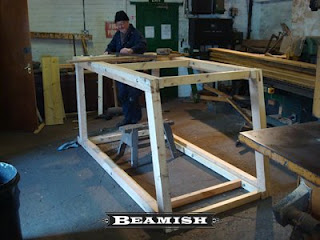 Alan Milburn is making great progress on five shorter gates for use on and around the colliery railway. These are made then dismantled to enable them to be tanalised. They are then put back together before final painting and affixing of the gate furniture (hinges etc.). 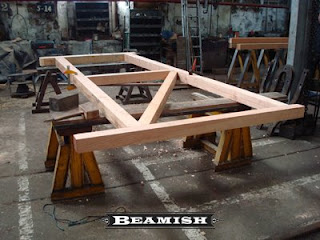 I also called in at Vince Allen’s workshop to see how Fiddler was settling in. The cladding is off and various parts removed to enable a clearer inspection and we were able to draw up a list of jobs to be carried out. Stuart Ritchie also kindly offered to move the engine to Beamish once it is ready, so we should have the roller up here well in time for May’s Power from the Past event. 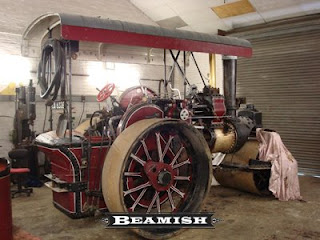