Last Wednesday I was lucky enough to be invited to attend the 50th anniversary celebrations taking place at the National Tramway Museum to mark their half century at Crich, Derbyshire. Whilst in the area, a quick visit was made to the Midland Railway Centre at nearby Butterley. Here a number of developments continue, including the new station buildings being created at Swanick Junction. Nearby is the enormous building which forms the museum and workshops for the railway, which appears to be undertaking some contract work for the national network.

Below: The new station building at Swanick Junction. 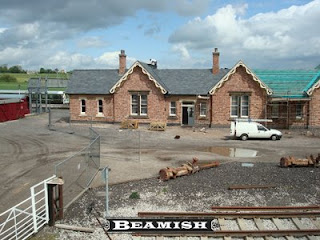 Below: Caprotti valve gear fitted Standard Class 5 No.73129, restored at the centre and seen alongside an impressive pile of ash! Just to the left is visible one of the MRC’s Midland Railway 3F ‘Jinty’ locomotives, masquerading as Thomas. 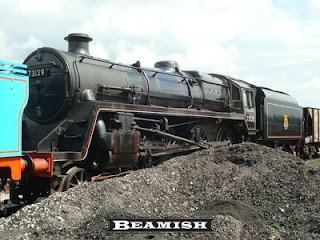 Below: Two views taken inside the museum building showing the vintage train, headed by the NRM’s Kirtley 2-4-0. 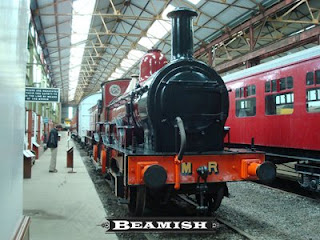 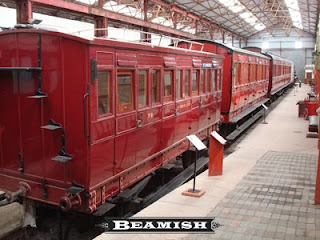 Below: Elsewhere on the site is the Princess Royal Trust’s well equipped workshop and depot housing their mainline support coaches, the L&Y dynamometer car (recently restored and looking superb), Standard Class 4 Tanks 80080 and 80098 and Princess class No.46203 ‘Princess Margaret Rose’. The workshops are spacious and well equipped – quite the envy of us at Beamish! 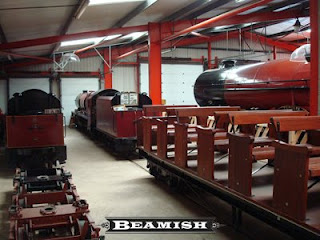 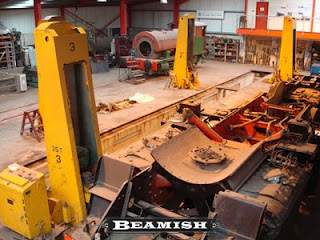 Below: On to Crich, where after a formal reception we were invited to witness a recreation of the arrival of the first tram to arrive on site, Cardiff water car No.131, fresh from a full restoration at the museum. It was paraded slowly past before being unloaded in the depot and entering service. 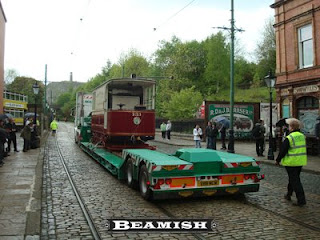 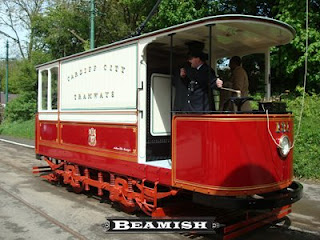 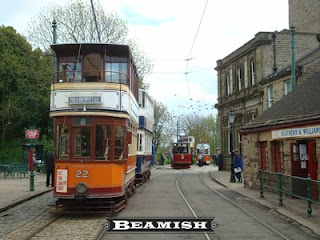 Below: Cardiff Horse Tram No.21 has recently arrived at Crich on a short loan from the Museum of Wales. It is seen here on the traverser. 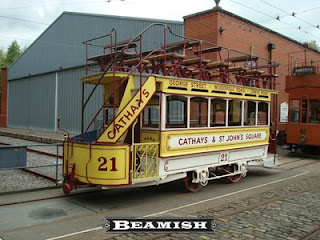 Below: With an eye on the forthcoming visit of L53 from Heaton Park, here is another original Eades Patent truck, in the exhibition hall at Crich and illustrating the simple turntable upon which the body is mounted. 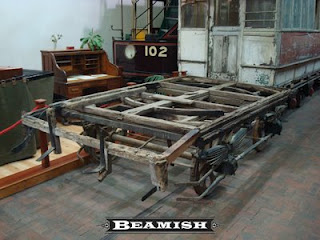 Below: The day also saw some ‘rare’ cars out in the open, including Sheffield 189 (acknowledged as the catalyst for the Crich site being found), Edinburgh 35 and Hill of Howth 10, the latter having a very rare appearance away from the exhibition hall. Its originality renders it a particularly precious exhibit in the collection. 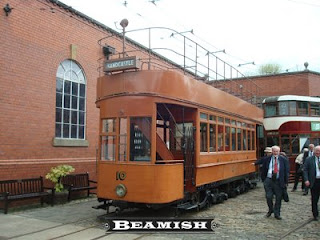 This was clearly a great day for the museum and something to celebrate. My thanks the NTM for the opportunity to be there.