The last two days have been pretty frantic as various preparations are put in place for the Power from the Past event as well as the summer season in general.
Firstly we had the steam test of Fiddler at Vince’s workshop. This had vexed Vince somewhat when first a gauge glass cock began weeping badly then the new jointing on the manhole door sprung a fairly impressive leak. All sorted, the engine passed yesterday evening.

Below: Two photos take outside Vince’s workshops during the test. 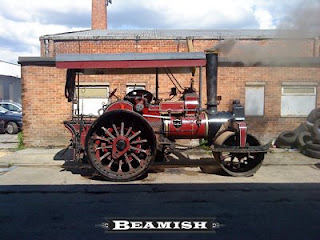 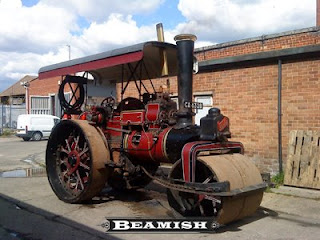 Much to my delight, Vince arranged with Stuart Ritchie to deliver the engine the same evening, so it arrived in steam at about 8pm, just in time to catch the evening sunlight (below). It was a great opportunity to take the engine out so a happy couple of hours followed running around the western end of the site. 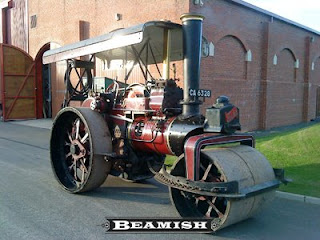 Below: The roadmenders hut, complete and just waiting for the sign-writer to apply the wording ‘Beamish R.D.C’ to each side. An ideal store for the gathering equipment for this display. Note the runners to enable convenient movement with the fork-lift truck. 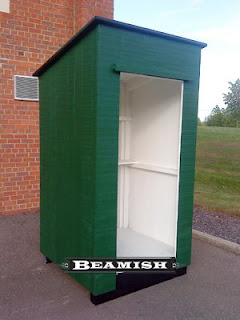 Yesterday and today we were luck to have two fitters from Durham & Darlington Fire & Rescue Service at Durham. They are commissioning the 1933 built Armstrong & Whitworth diesel electric locomotive. It was fully restored at York (it is a loan from the National Railway Museum) but never run. Within hours the Gardener engine was running very sweetly and so they set to with the electrics. These are working well but come the time to inspect the motor, the brushes (there are 12) were discovered to be missing. A quick run to the Team Valley Trading Estate to Team Motor Rewinds saw 12 brushes pulled out of their spares box which we can modify for the AW. Hopefully it will move under its own power next week, just in time for the event! Phew! 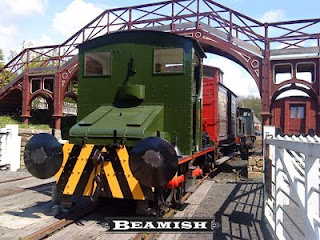 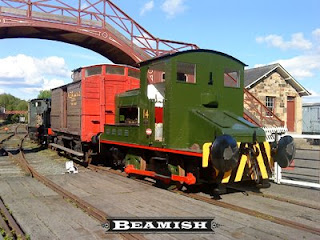 Note: All the above photos were taken on my phone – apologies for the lower quality than normal of the images!