Over the last few evenings there have been a number of arrivals of engines in anticipation of the Power from the Past event next weekend.
First here was Michael Davison’s Marshall Traction Engine ‘Mary Margaret’, seen below being unloaded using our JCB Tele-Handler. 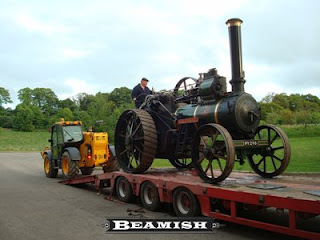 Next was Guy Rutter’s Fowler Steam Roller ‘Rambler’, this time being unloaded using a trailer winch (below). 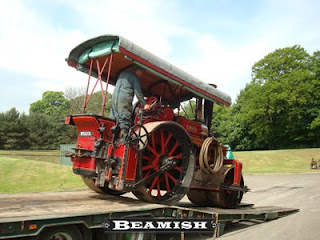 Below: A bit of a shuffle this morning enabled me to pose the two visitors plus Fiddler for a photograph. Three down and at least six more to go… 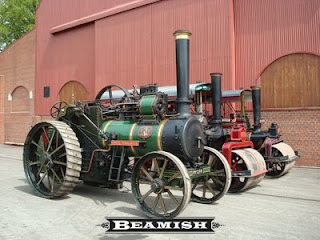 Below: A contrast in Fowler Steam Rollers, on the left is 10 Ton Rambler, on the right is 8 Ton Fiddler. Built by the same factory but 11 years apart. Rambler is a single cylinder engine and its present owner is only the fourth in its lifetime. Fiddler is a compound engine. 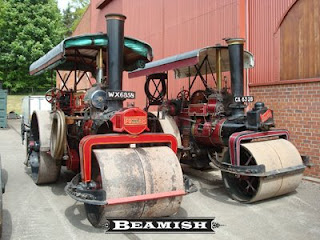 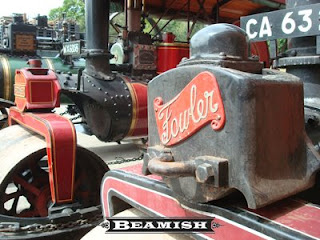