This time there is a little less from the workshops and a bit more from the sunny outdoors (sunny – not warm!)…  This post covers the last seven days or so to the 23rd March 2017.

Below: A couple of photographs to show the new Waggonway coach within the formation, here hauled by Puffing Billy. 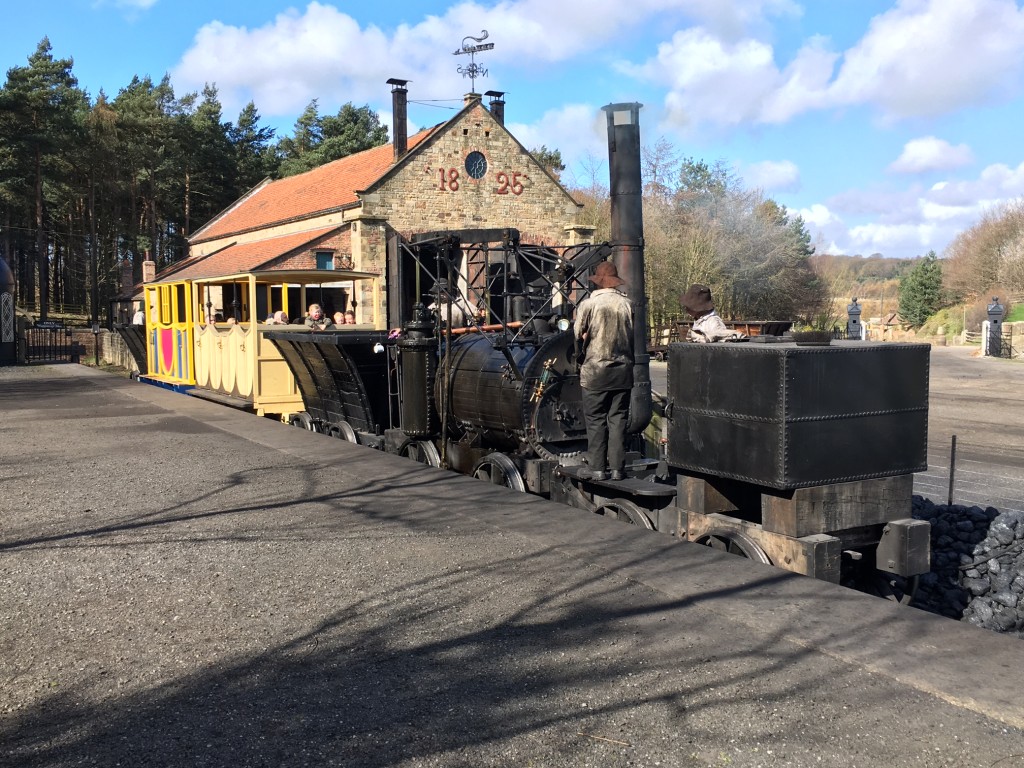 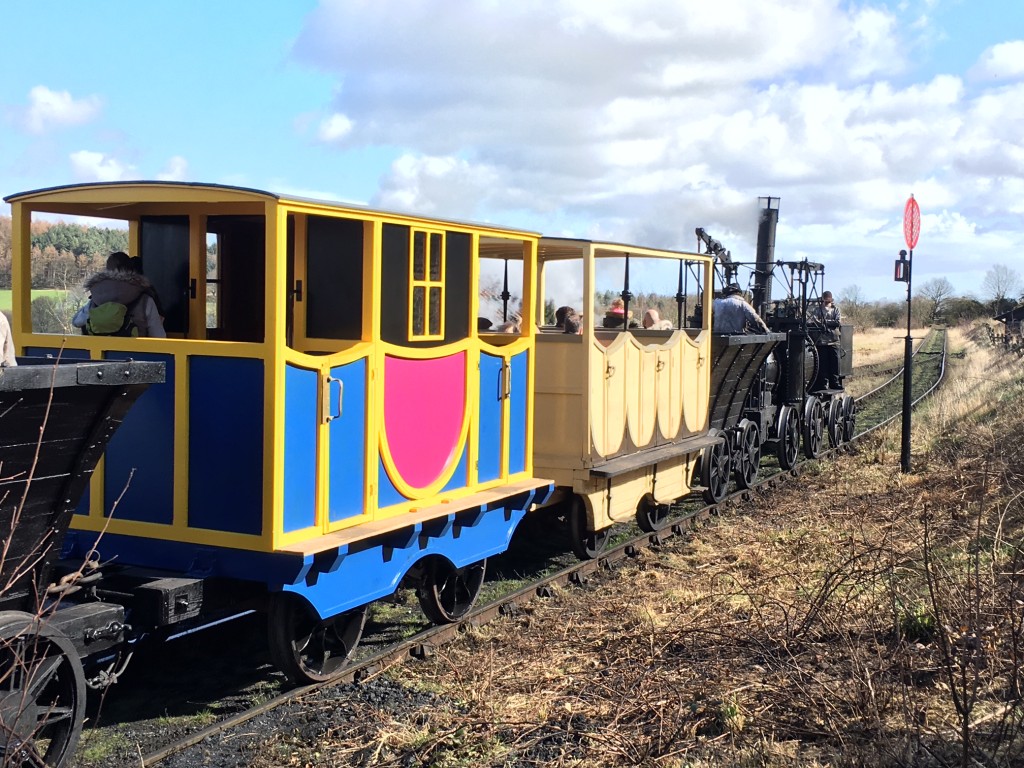 Below: Bon Accord is seen resting between duties, the water tower/coaling stage/pit area now weathering nicely.  The tank is nearly complete in terms of fitting a permanent water supply and in due course the main shed doors will be repaired and painted (black) to remove the rather odd varnished appearance that slightly upsets the industrial scenery here! 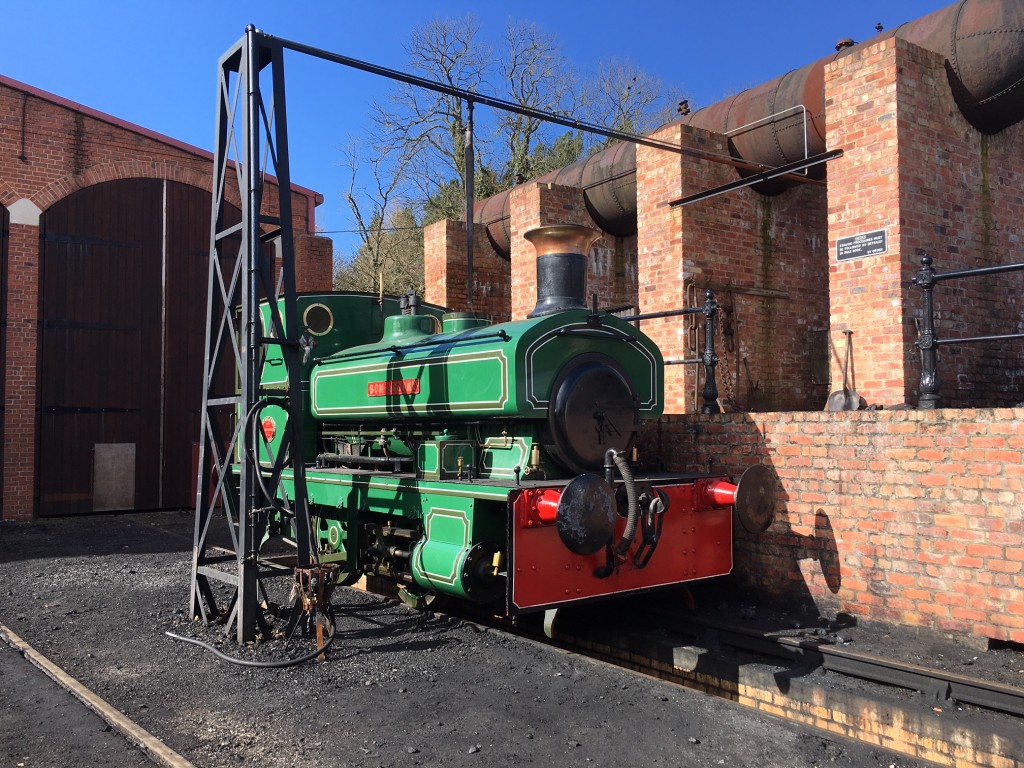 Below: A very high-ISO shot of the Fordson, during assembly.  A considerable amount of detail work is required to put the vehicle together then touch up paintwork etc. The new tilt has arrived and will be fitted next week. 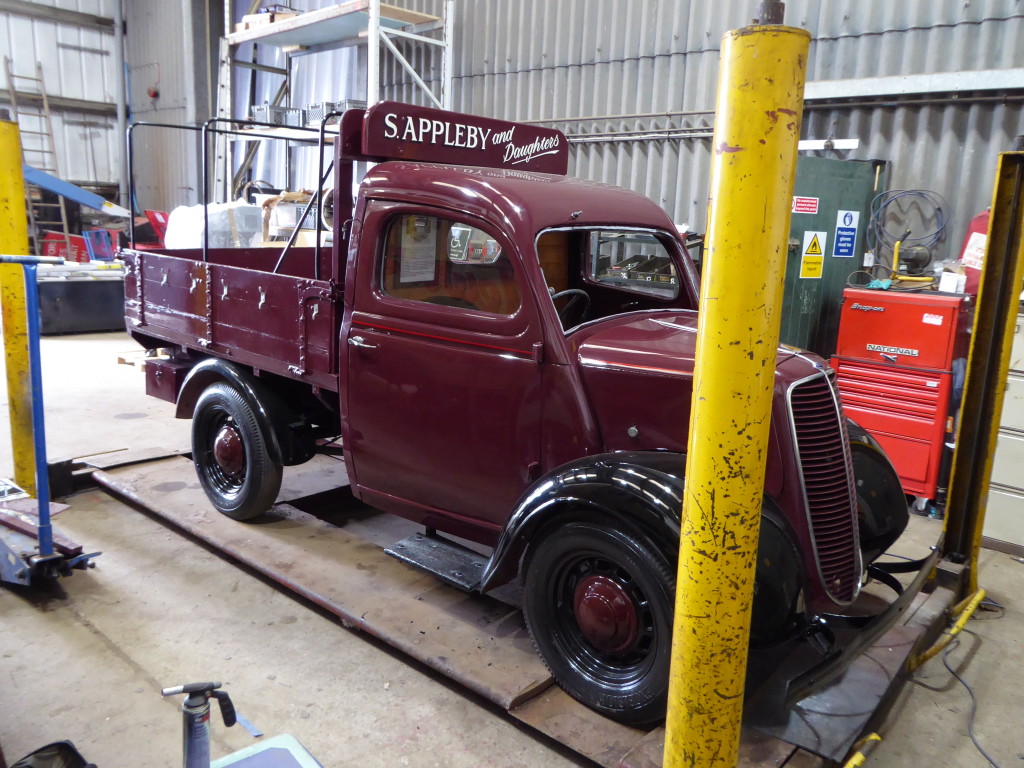 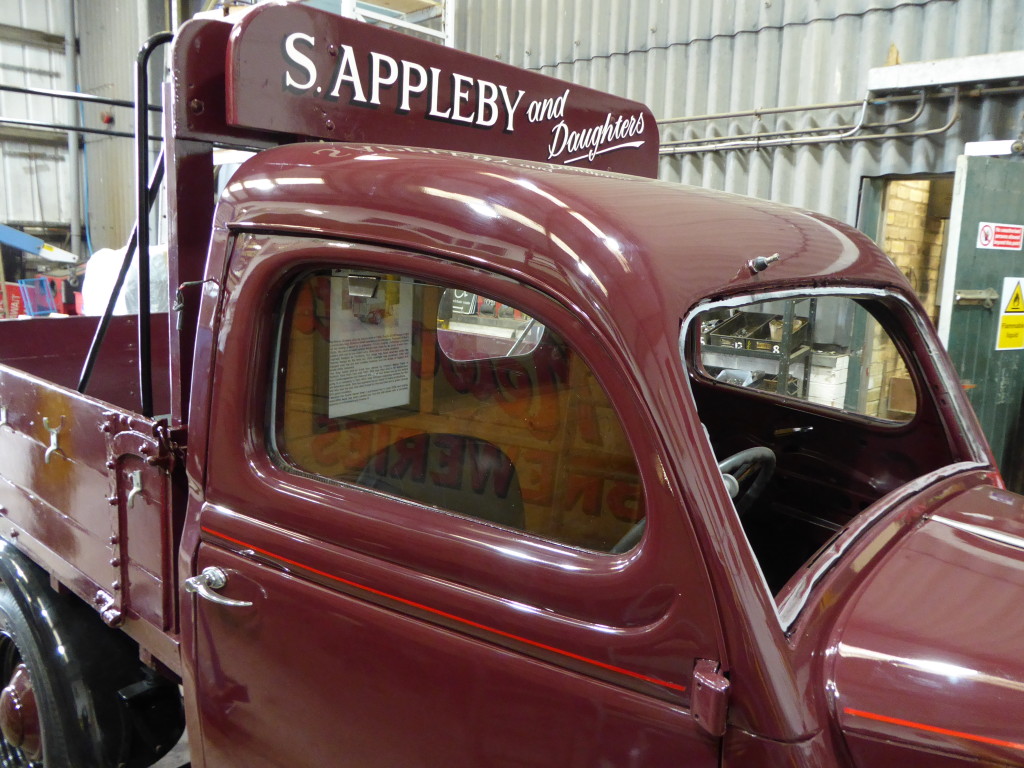 Below: Chris may wonder if this moment has really arrived as the completion of R025, the Barford & Perkins roller, looms.  Here the roof is having the edges rolled, following final assembly of the sheets and frame.  Painting will follow, plus the internal timber baffles.  The rest of the roller is largely ready to make an appearance (with roof!) at the GNSF in April, after which the roller will return to the RHEC for finishing touches and re-painting. 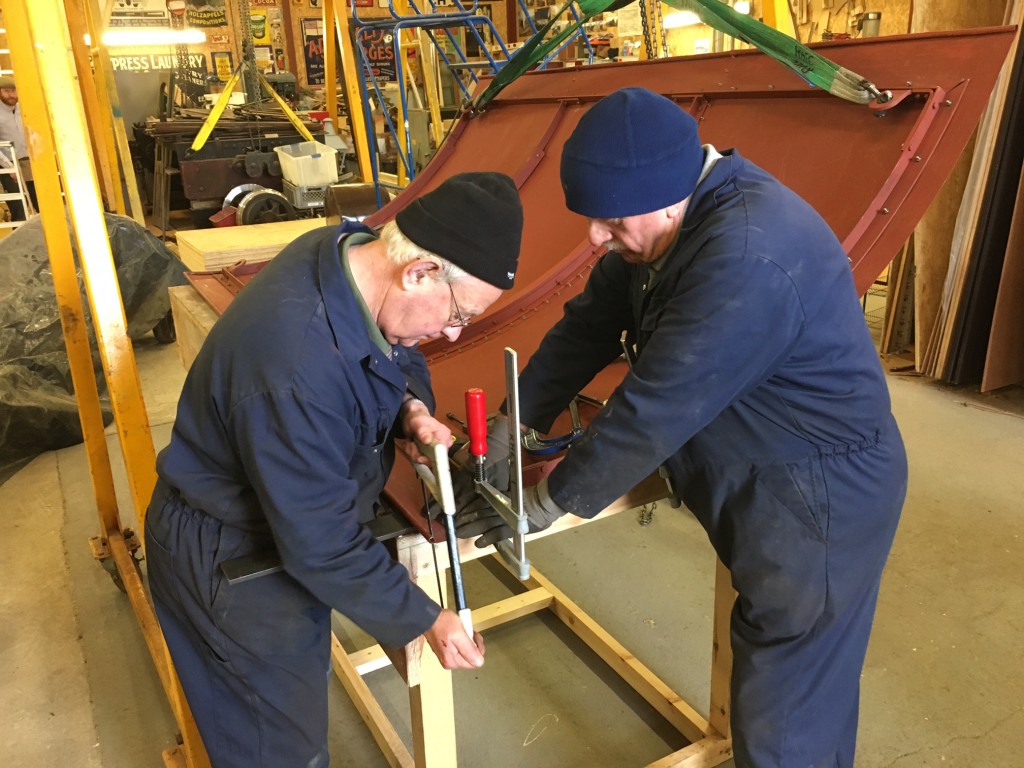 Below: In the corner of the RHEC the new painting area is being constructed, to enable simultaneous work on the final stages of projects whilst joinery and dusty activity continues elsewhere in the Erecting Shop.  This is part of a plan to re-arrange the projects and workshops to accommodate the first segments of the Remaking Beamish programme that the RHEC will be carrying out, namely roof crucks for Joe the Quilter’s cottage. 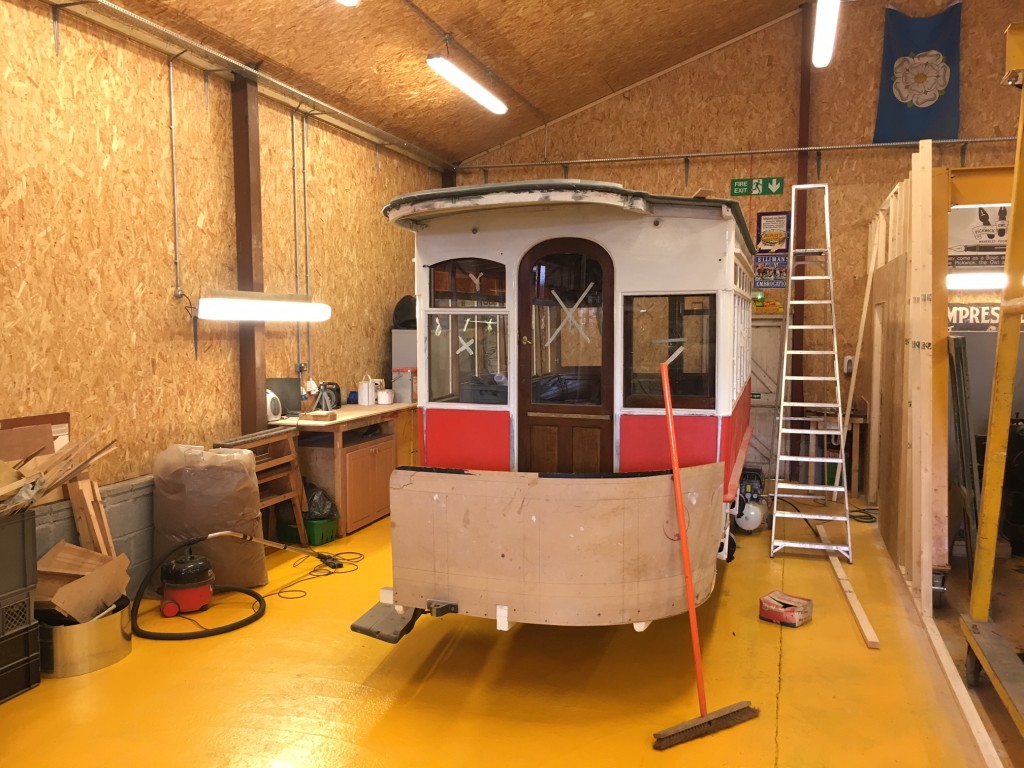 Below: Jorden has the team busy in between running trains – we have seen the transformation of Rowley Station in this regard, and the Waggonway is similarly progressing.  The team are seen here painting railings and ‘the dome’…  The environs have received a great deal of tidying up and restoration post-Christmas, both inside and outside. The area is a credit to the team. 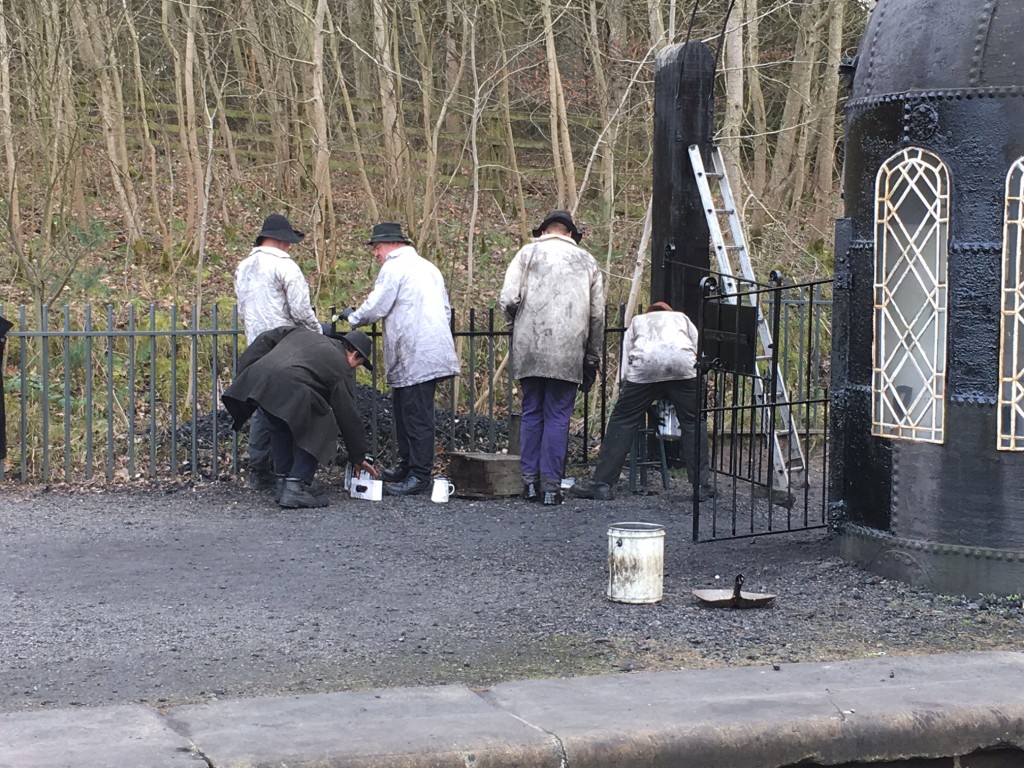 Below: Glynn and Matty, who have worked at the Waggonway for many years, have largely adopted the horse-drawn chaldrons and dandy, as they regularly receive attention from their paintbrushes to both apply paint and linseed oil to these vehicles.  Whilst replica, they have now taken on a very well-used but well cared for look as a result of this work. 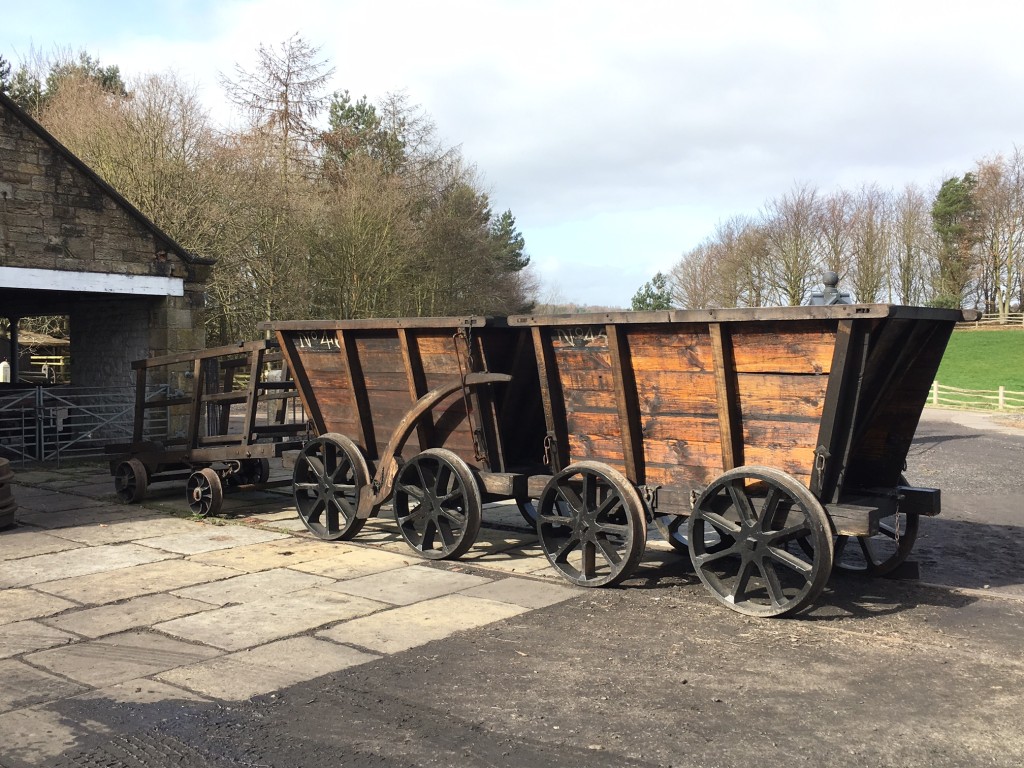 Below: Last Friday we operated a photo charter for 30742 Charters, using Bon Accord and Samson.  I didn’t take many photographs, so include the links to the 30742 site for readers to peruse themselves, but here is a morning shot as Samson was prepared for the day’s operation.  Note how the tub wheels are beginning to take on a ‘correct’ appearance already! 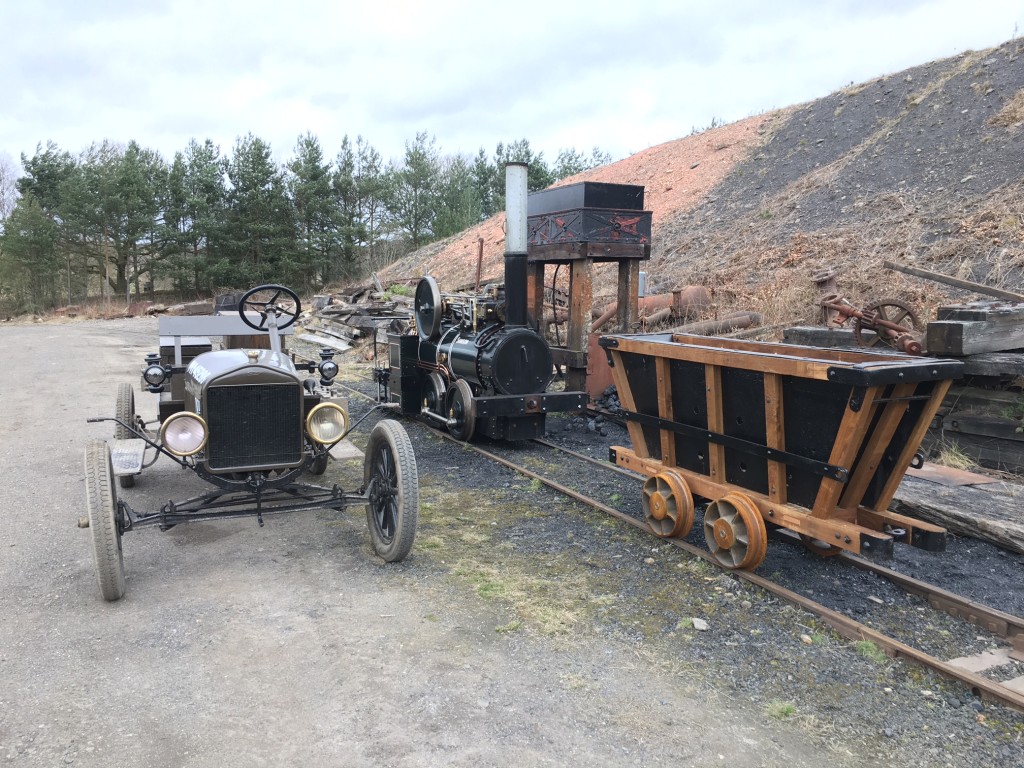 You can see many more, and high-quality images, on Martin Creese’s Flickr page here:

A search of ‘photo charters beamish’ on Flickr also reveals images from previous years – how the time passes!

Blackpool 703 departs for its home town…

Below: Despite a snow-covered start, the move of ‘Sunderland 101′ (Blackpool 703), the popular Balloon tram, was carried out today (Wednesday).  With the depot emptied, the tram was coerced sideways by Blackpool Heritage Trams staff and a pair of simple arch wedges.  The tram had been stored off rails in recent years, pending a decision on its future, a decision settled when Blackpool made overtures to seeing the car return to its home town.  The depot shunt also saw the Newcastle & Gosforth horse tram moved from the RHEC Erecting Shop to the tram depot, enabling some photographs of this tram on tramway tracks for the first time in many decades.  Its restoration will continue in its new location.  Gateshead 52 and Oporto 65 were also to be observed outside whilst the shunt was undertaken.  Scotts’ low-loader arrived to collect the Balloon, which should soon be back in Blackpool where its future operation will be considered – the tram presently being fitted with a temporary flange to enable it to be shunted. 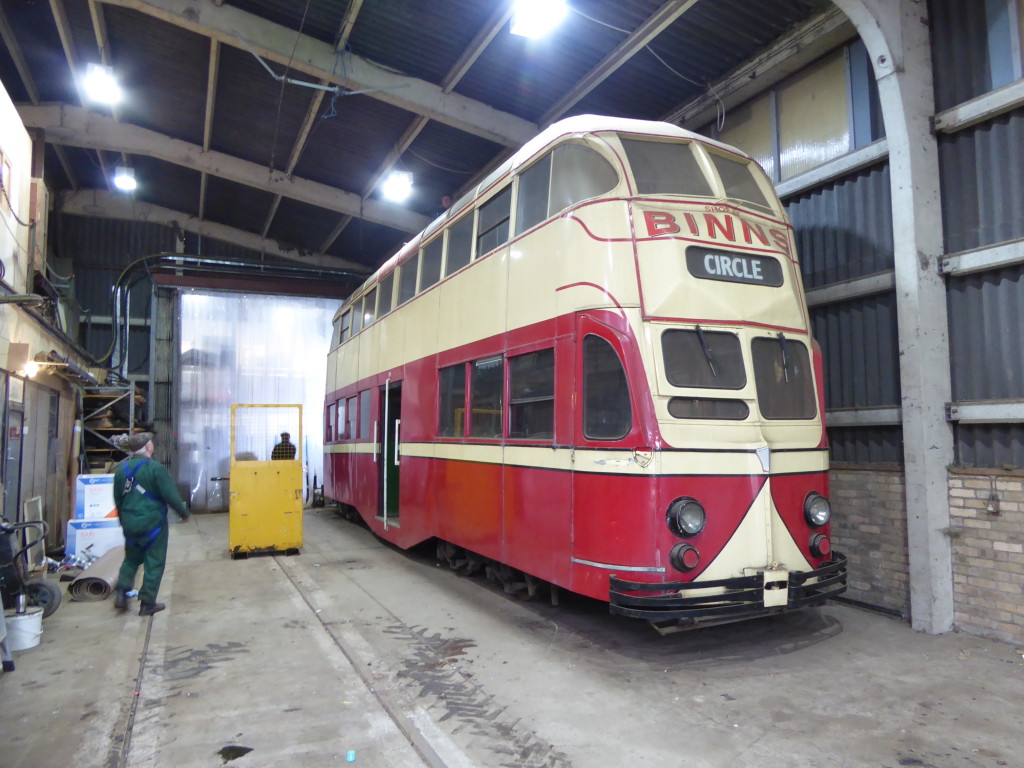 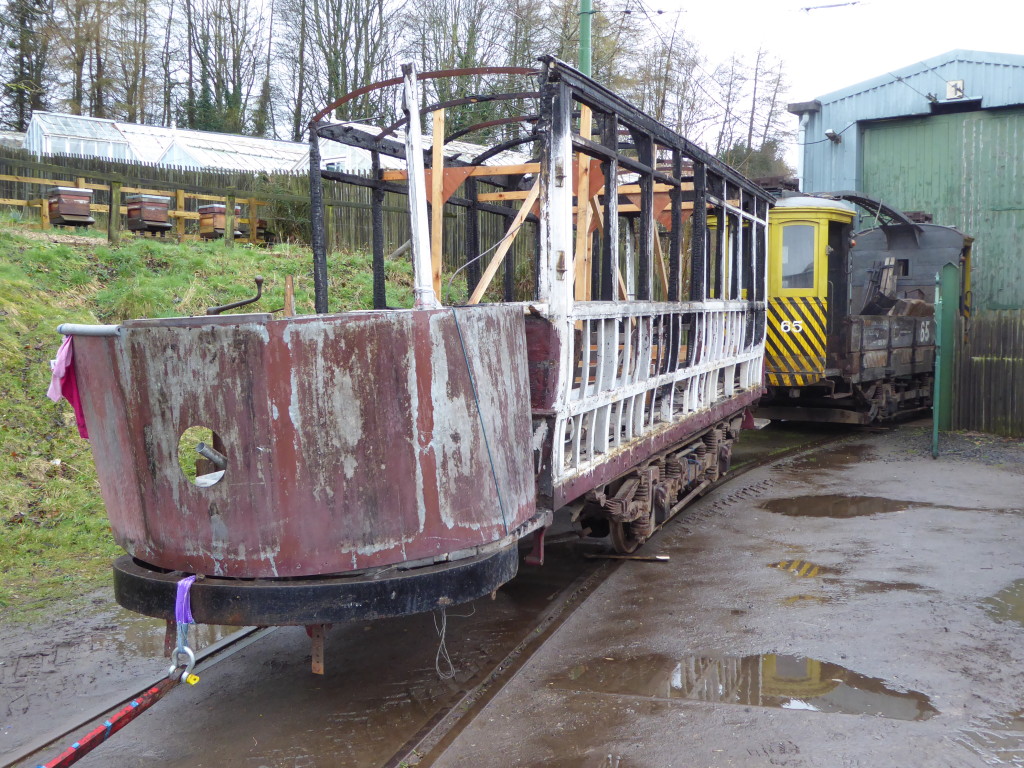 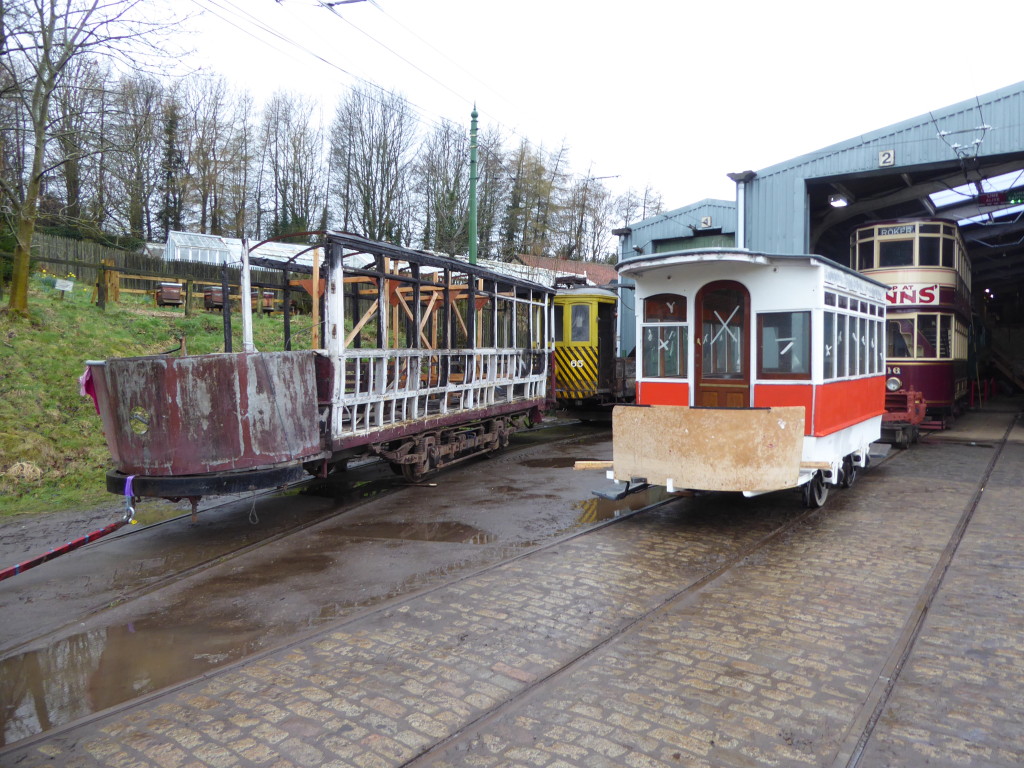 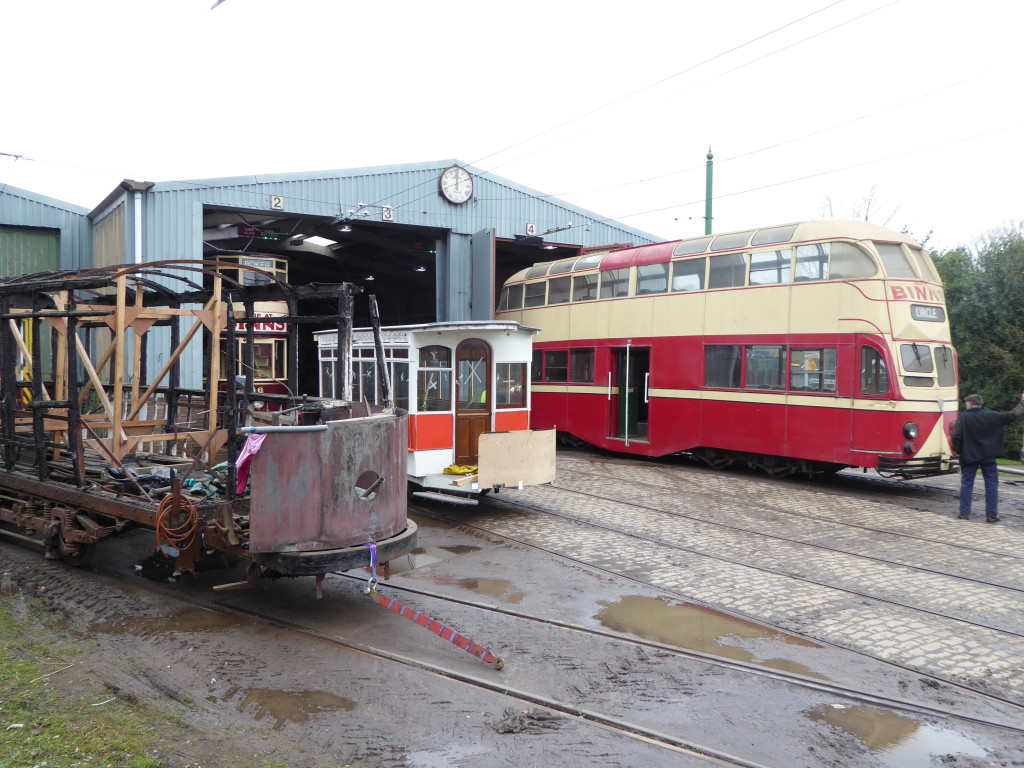 The move was covered on Beamish’s Facebook pages – and to clarify some of the questions seen there (and apologies to those who already know these facts), here are some salient points:

Right, back to facts (and with that off my chest!)…

You can see the ‘Workshop Wednesday’ feature covering the shunt required to enable the move here:

A previous ‘Workshop Wednesday’ featuring the Model T Crewe Tractor (and me) can be found here:

Another busy week rolls on…