With less than a week to go until the Great North (War) Steam Fair, Friday and Saturday have been spent preparing the Colliery area, largely around the narrow gauge and saw bench activities/displays.

The two guest locomotives, Hunslets Statfold and Jack Lane, arrived from the Statfold Barn Railway in Staffordshire. Statfold was then used as motive power for the shunting needed to prepare the trains which will be operated at the event.

A number of new waggons were also completed, with final work being carried out as they moved to the Colliery! Here, then, are some photographs that show what visitors can look forward to seeing next week and beyond (the locomotives are staying with us beyond the event).

Below: Statfold and Jack Lane arrived on Thursday. Statfold has now become well acquainted with the railway here during shunting operations. I’ll try and get around to putting some film on the blog showing these runs. Unusually, there was some sunshine for the first photo on Thursday. Friday and Saturday was attended by cloud, rain, sleet and more rain! 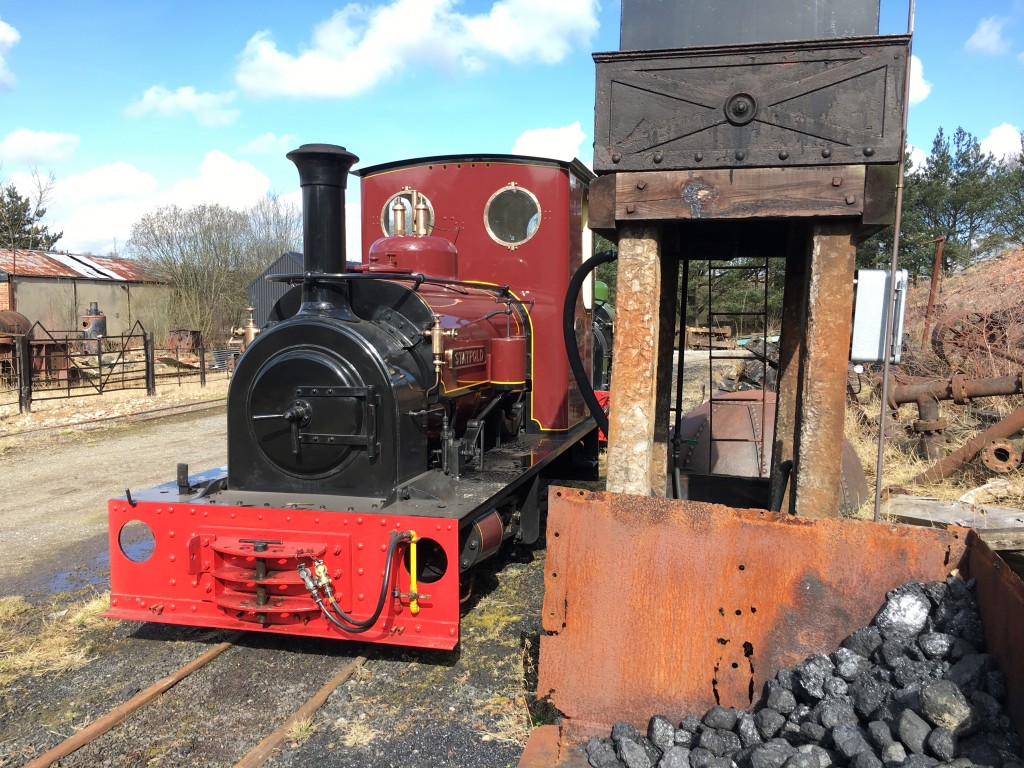 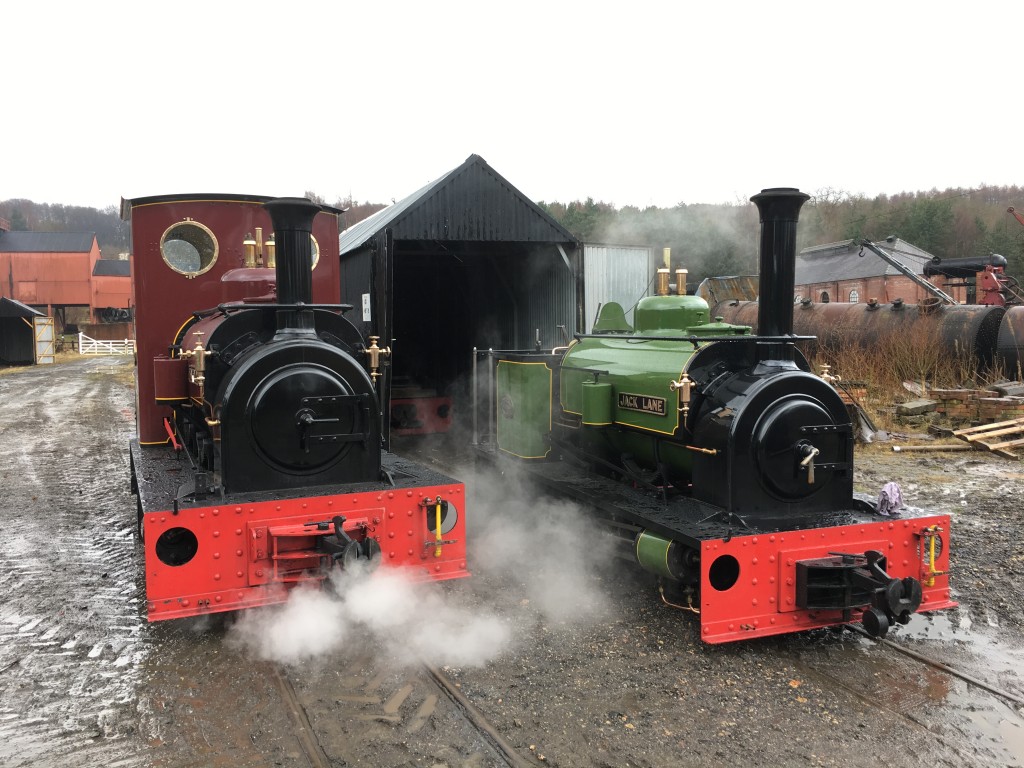 Below: The two side tipping Ffestiniog Railway granite waggons. Matt Ellis described these in an earlier post. Both are now complete and moved to the railway in the last couple of days (so much space in the workshops now!) after a lot of evening effort to complete the work. 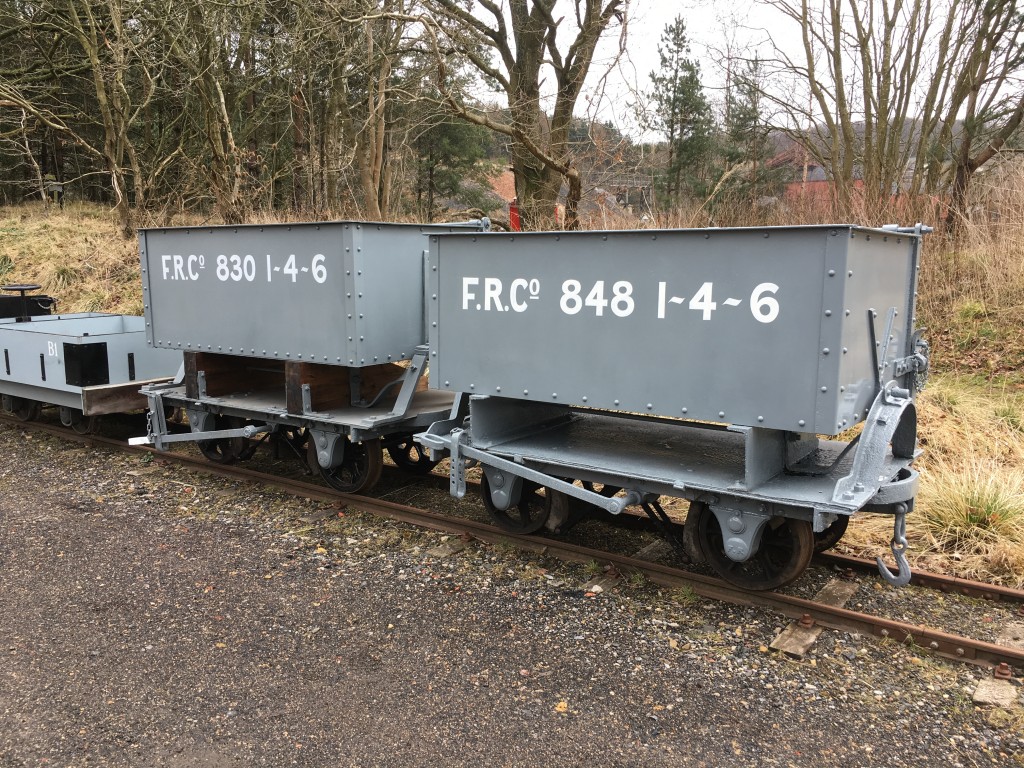 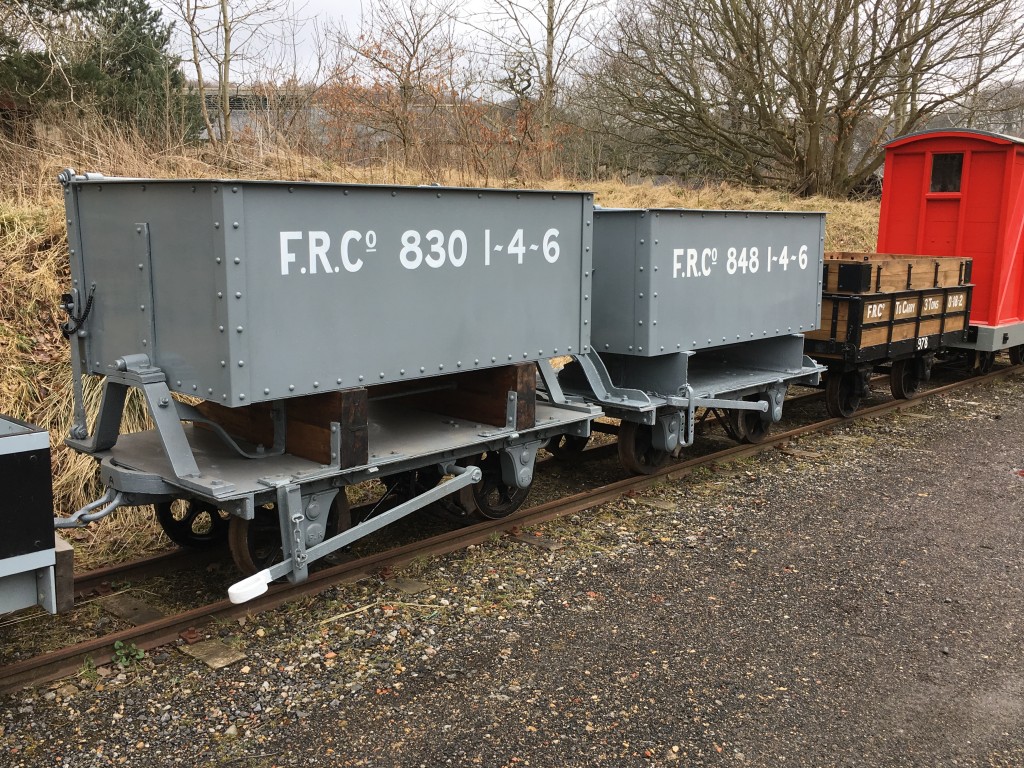 Below: Ffestiniog Railway coal waggon No.26. Comprehensively rebuilt and repainted in the RHEC and placed on the railway here for the first time this morning. 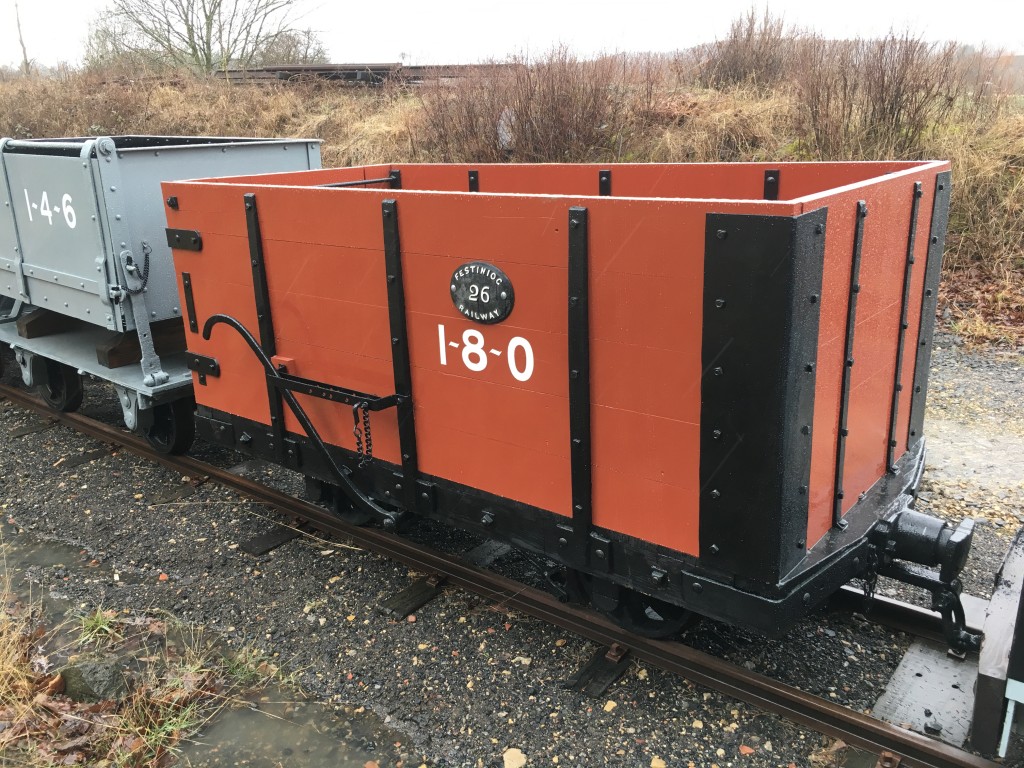 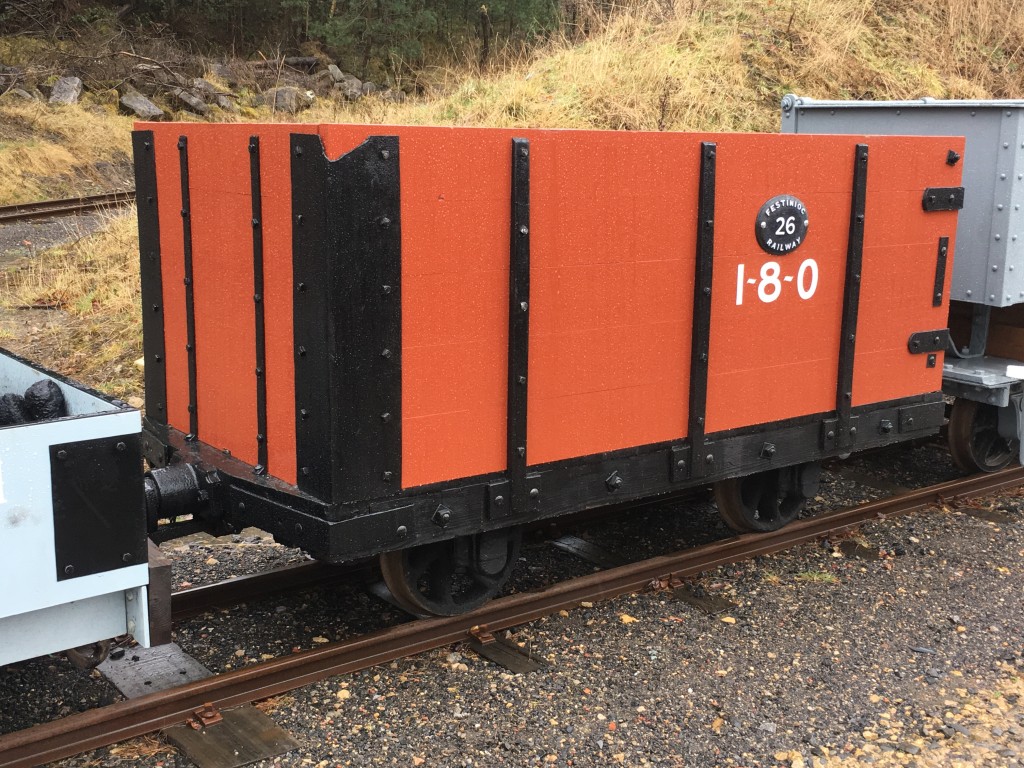 Below: The two bolster waggons on loan from the Apedale Valley Railway and which have been repaired, shotblasted and repainted as part of their loan to us. They arrived for the GNSF last year and area appearing again at this event. 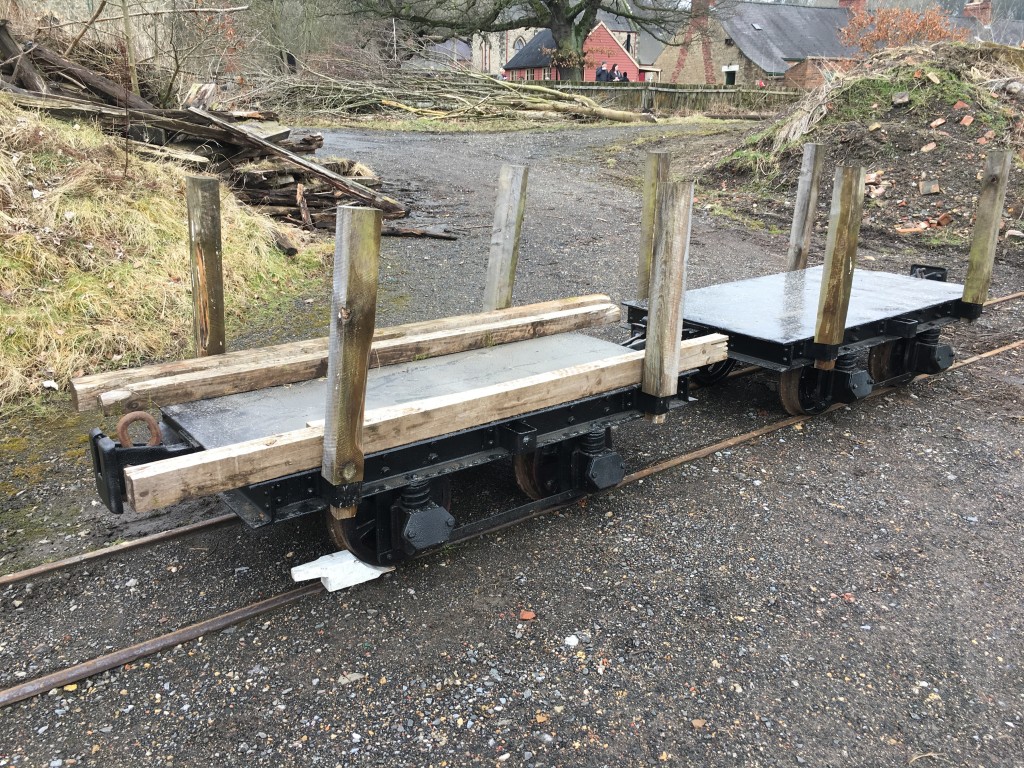 Below: The potential extension of the line is seen here. Not particularly long but it would enable a couple of sidings and for us to display rolling stock adjacent to the Sinkers catering outlet so that visitors can see the waggons etc. when we are not operating the railway. The small matter of losing a mound of stone and rubble to contend with first… 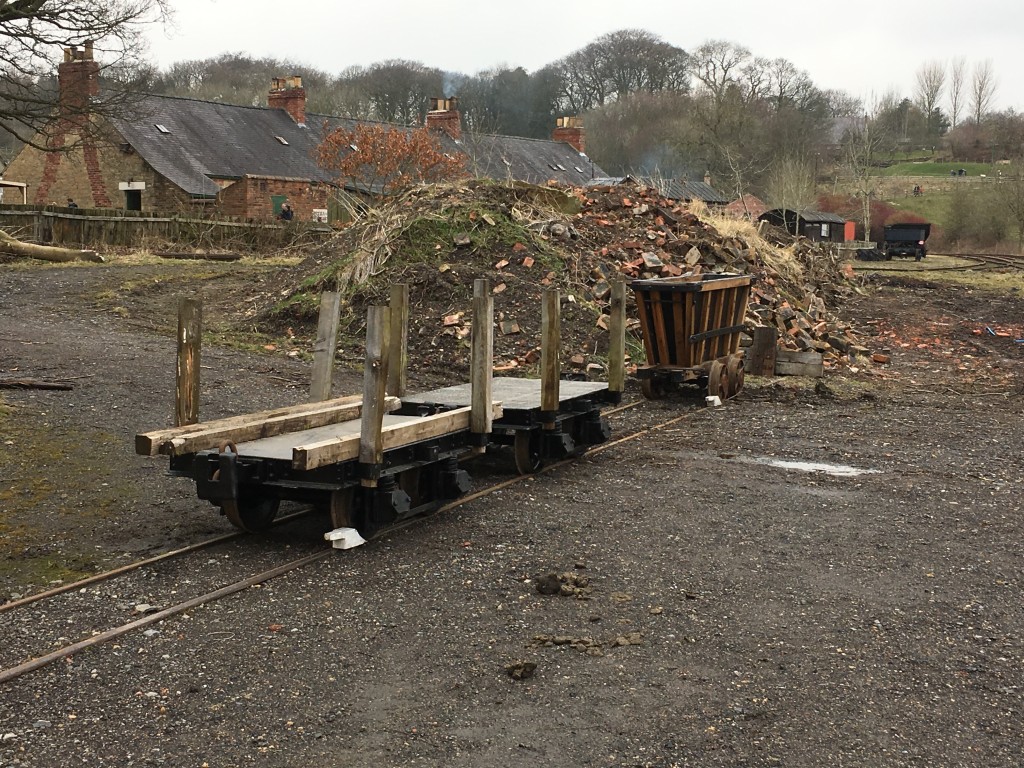 Below: The brake van (tool van!) has been completed and tested. Its handbrake is very effective and we are delighted with the way this waggon has turned out. It looks very well with the FR stock as well as our own, and is a useful place to store items needed for operating the railway and which always get left in a shed a walk away! 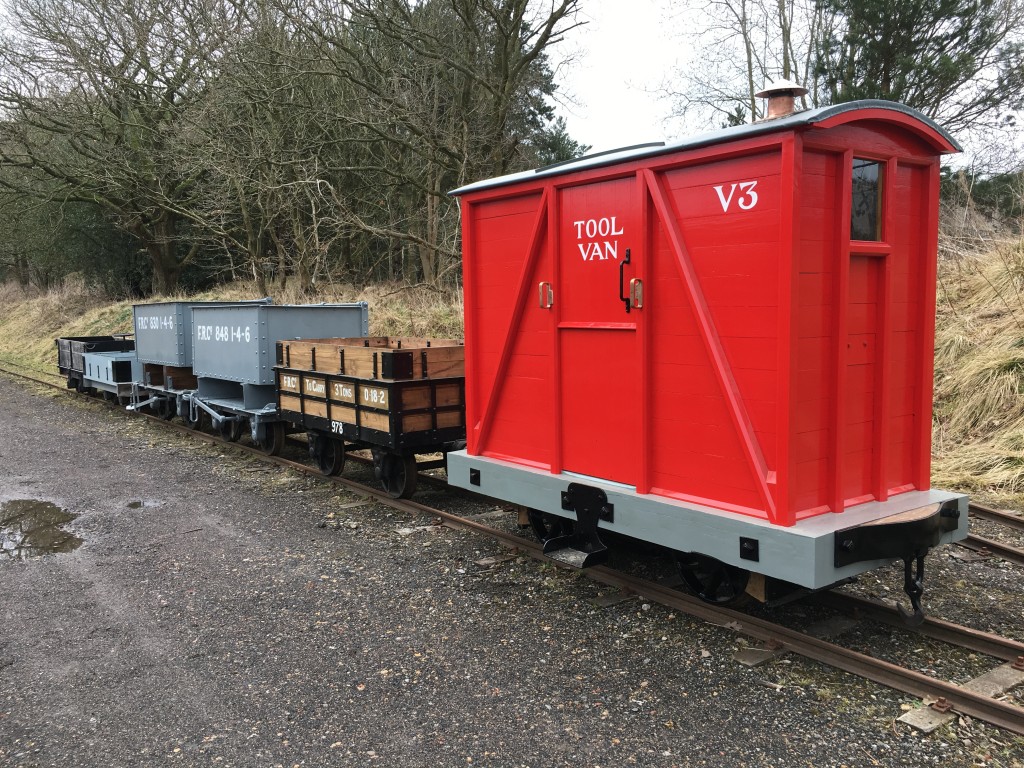 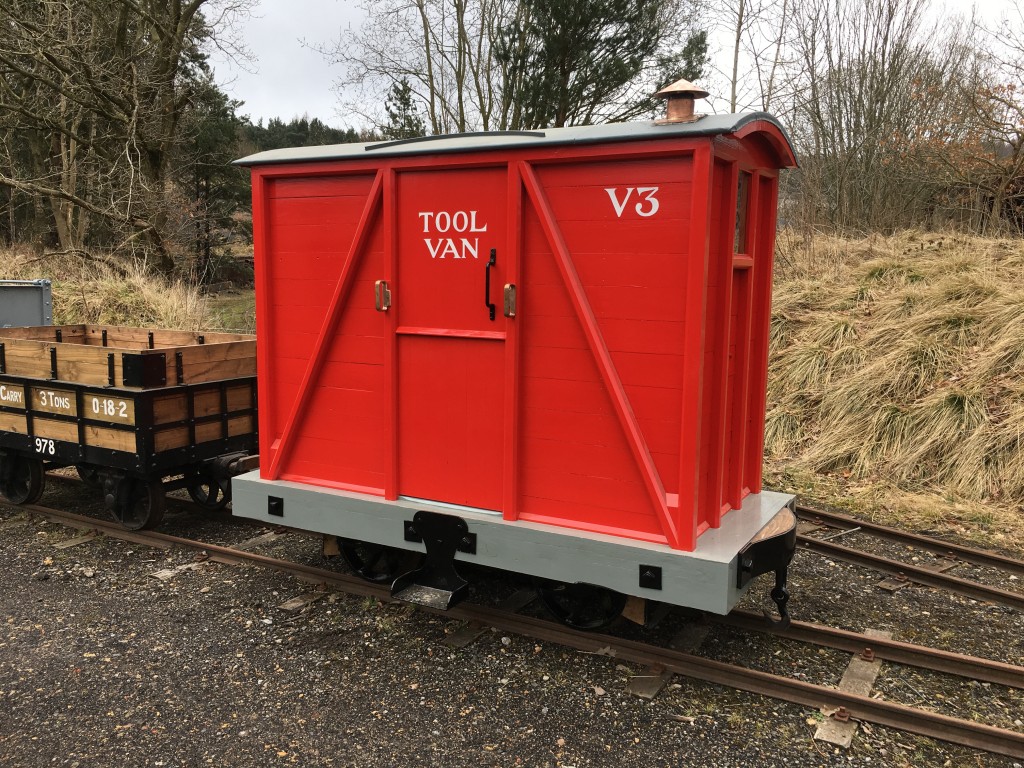 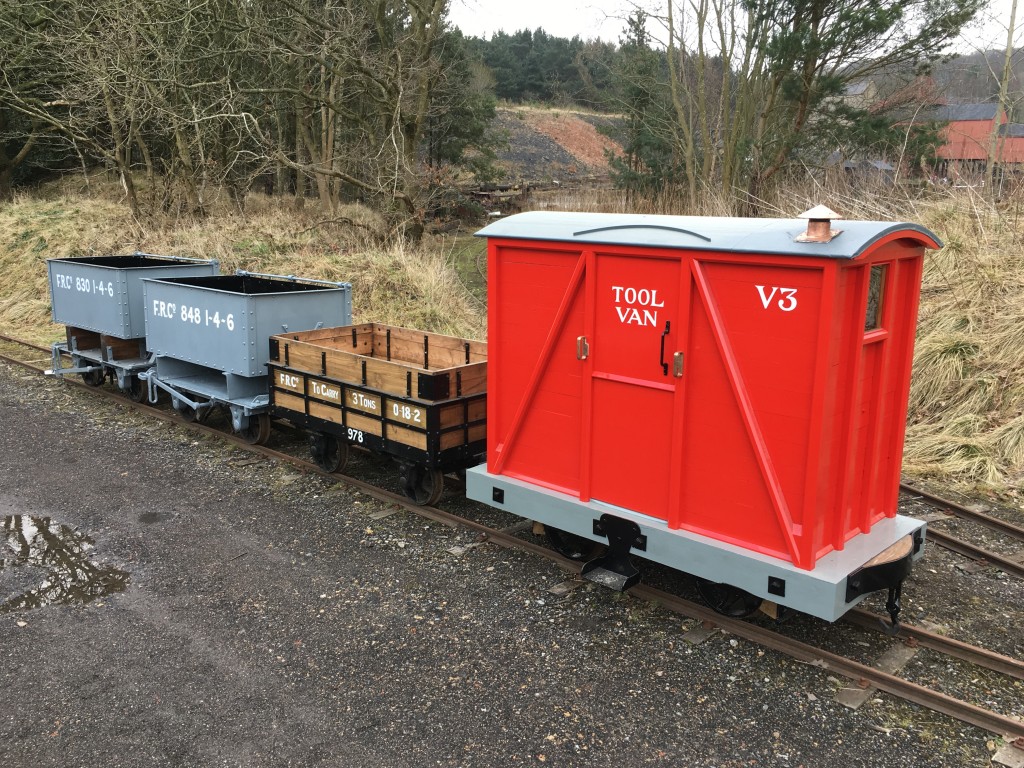 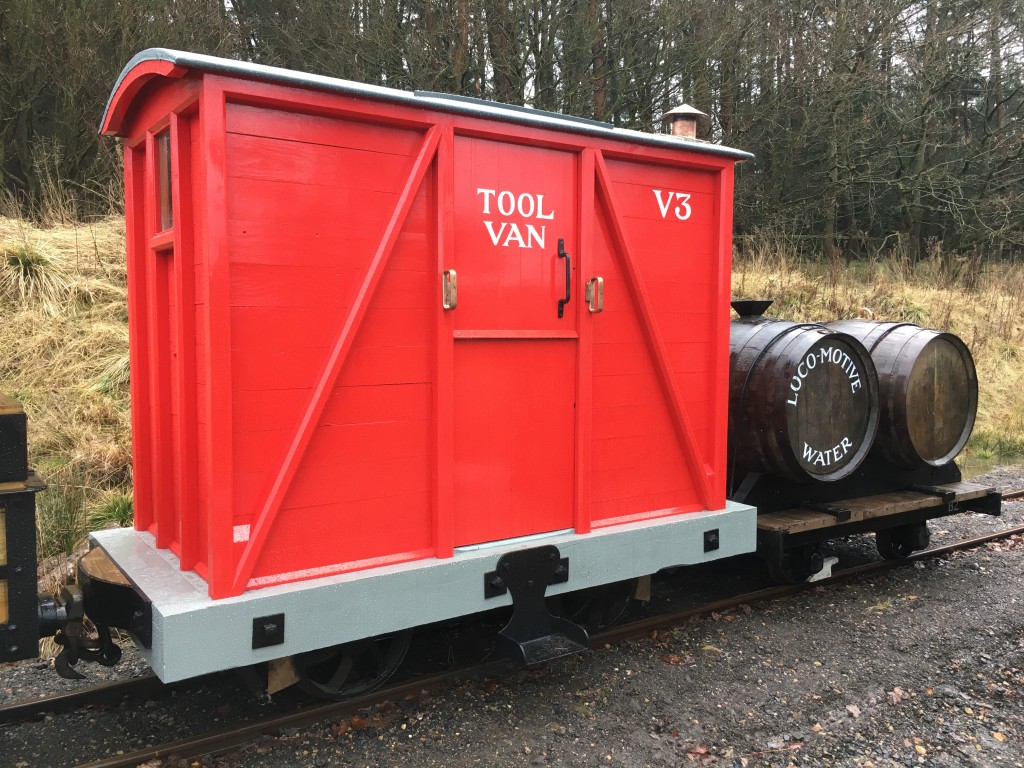 Below: The ‘beer waggon’ seen on test – it does seem to hold water! It will provide a mobile water supply for traction engines operating the saw bench both at this event and in the future. With a 200 gallon capacity it should be ably suited to the role, and next week will be used in conjunction with the Steam Mule. 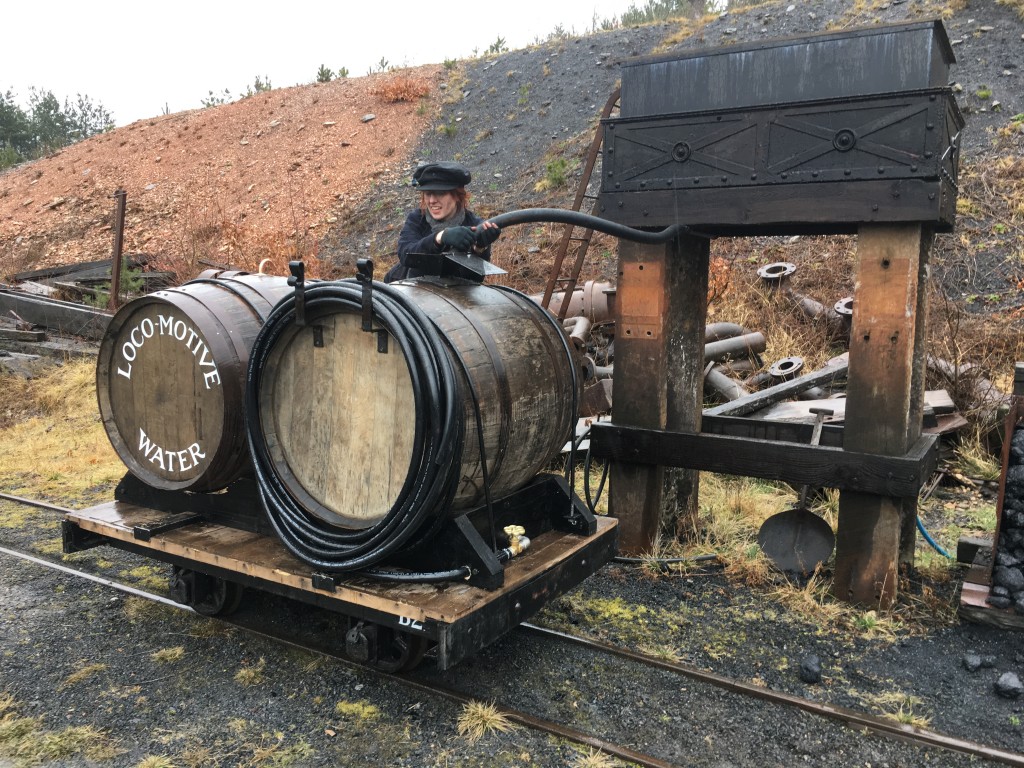 Below: A few general views taken through the gloom and rain… 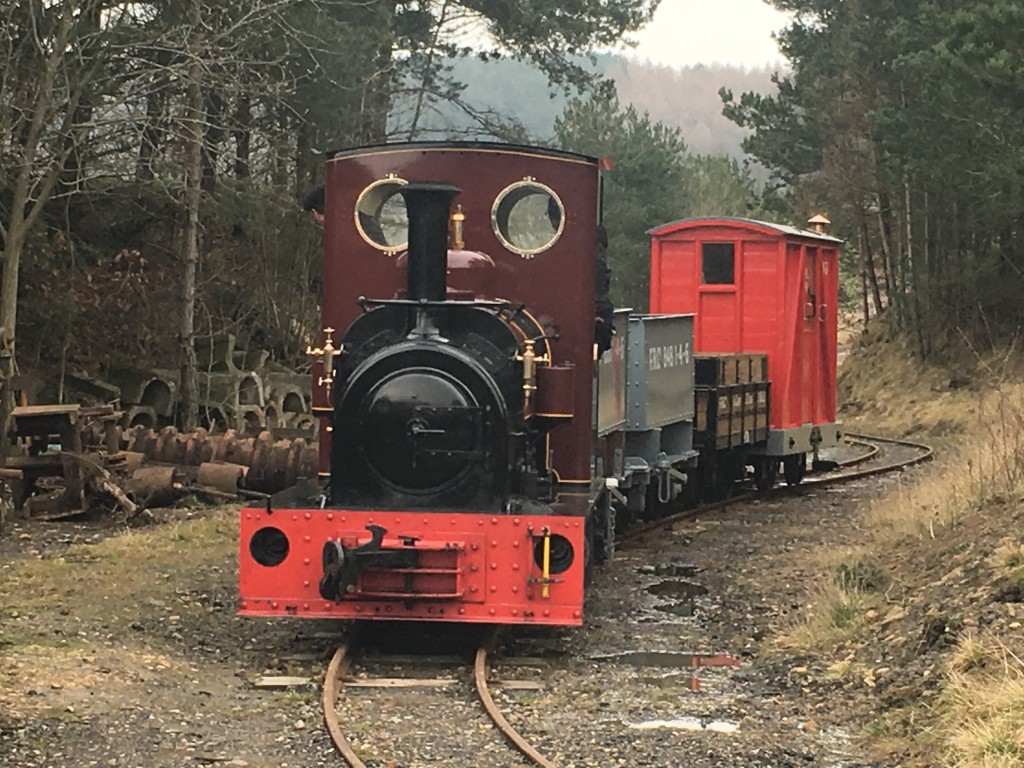 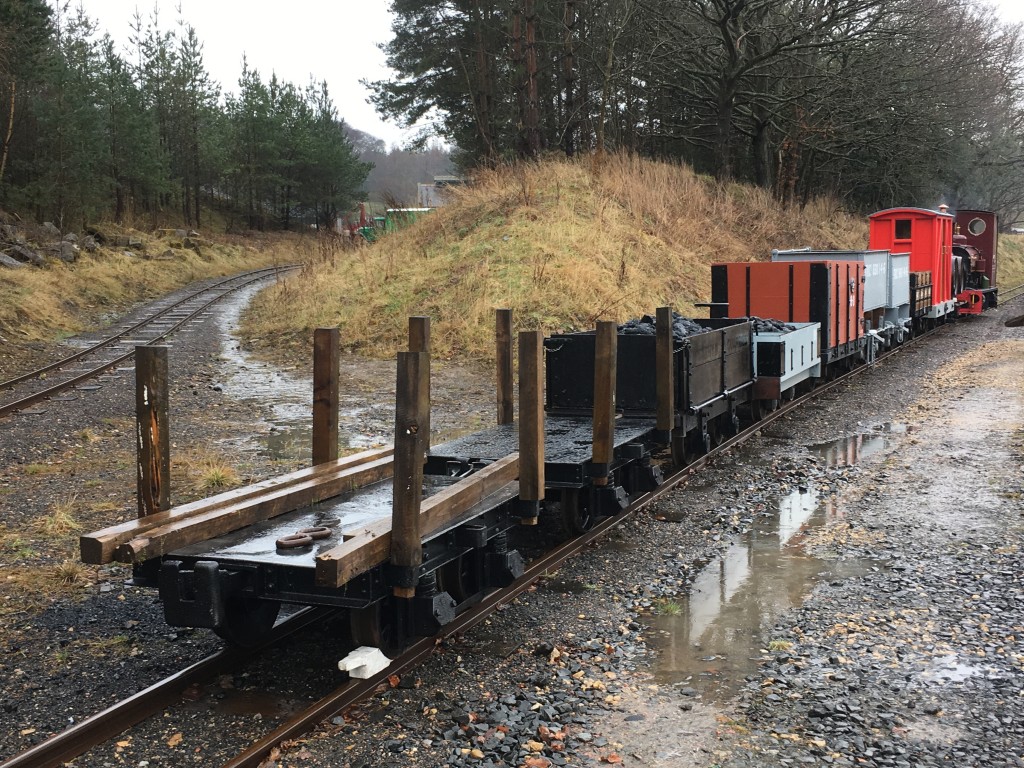 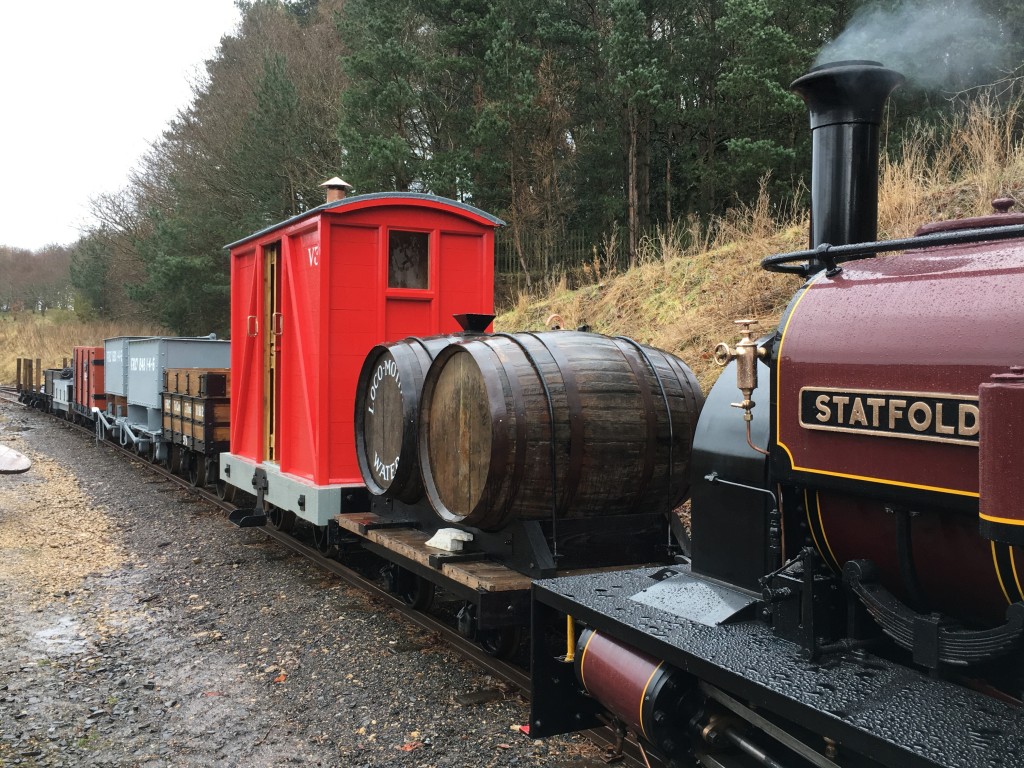