Over the last two days of this week (Thursday and Friday), Peckett 1370 was prepared for relocation from Rowley Station to the Colliery Railway.

Built in 1915, a member of the manufacturer’s R2 class, the locomotive worked at Yates Duxbury & Sons papermill at Heap Bridge, Bury (Lancashire).  By 1970 it had become spare locomotive and was soon withdrawn for preservation, initially at Bryn Engineering in Wigan.  The locomotive was named ‘May’ during its time at the papermill, but is now known by its works number, 1370.  The locomotive is owned by the Jubilee Locomotive Company, from whom it is hired, having been based at Beamish since 2018 (with one winter spent under overhaul at John Fowler works in Cumbria).  The locomotive will remain on hire to the museum for the foreseeable future, and with no operation at Rowley this year, it is being relocated to the Colliery to provide additional operational interest there and a spare to No.18.

A rather nice little film of the system (though it was by no means the last steam railway as described) can be found on YouTube – the link is embedded below…  The Peckett shown is not 1370 (there being three locomotives at the mill, including 1370, another Peckett, No.1159 built in 1908, now preserved as ‘Annie’ and Andrew Barclay No.945 built 1904 which is also preserved and also carries the name ‘Annie’).

Below: 1370 is readied for its move, which entails steaming the locomotive in order to drive it to the loading pad for collection by low-loader.  It was loaded with a number of items that wont be needed at Rowley this year as well as a very full bunker of coal. 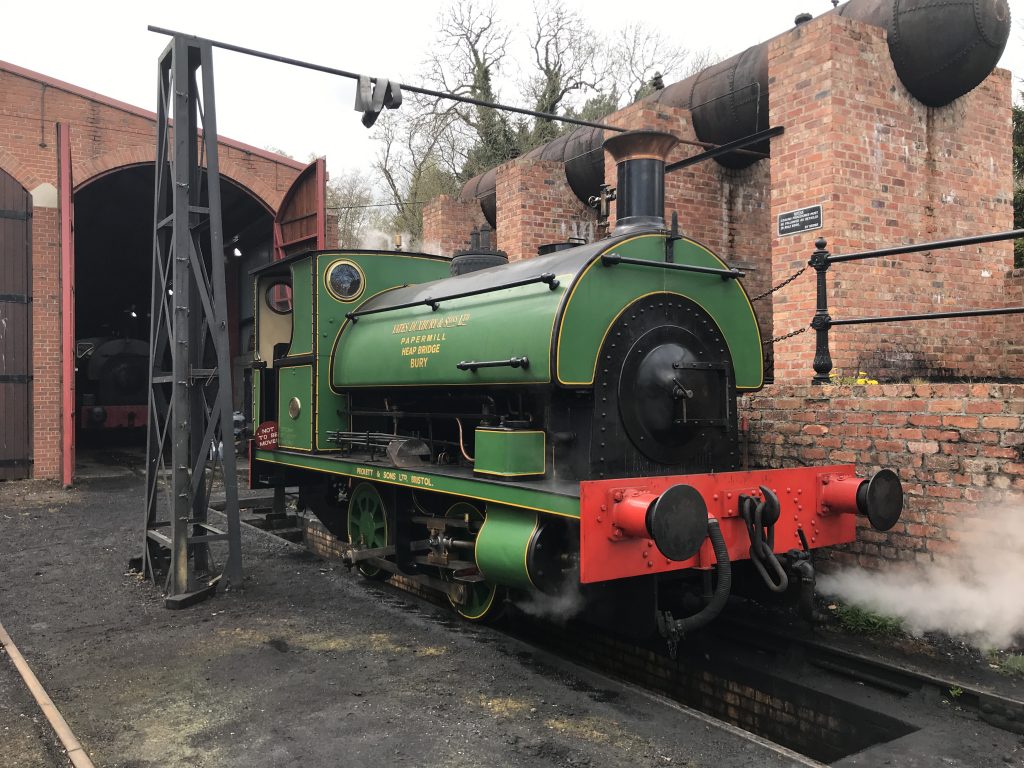 Below: Departing Rowley and heading for the loading pad. 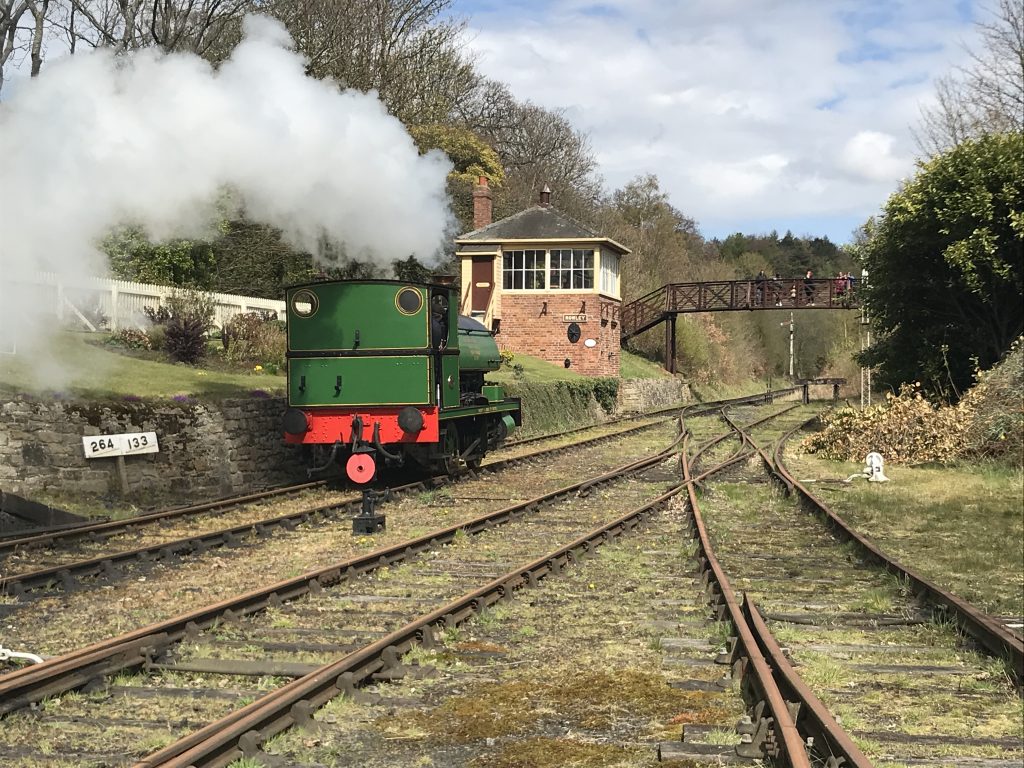 Below: 1370 on the approach to the loading ramp, parked and ready for the move the next day. 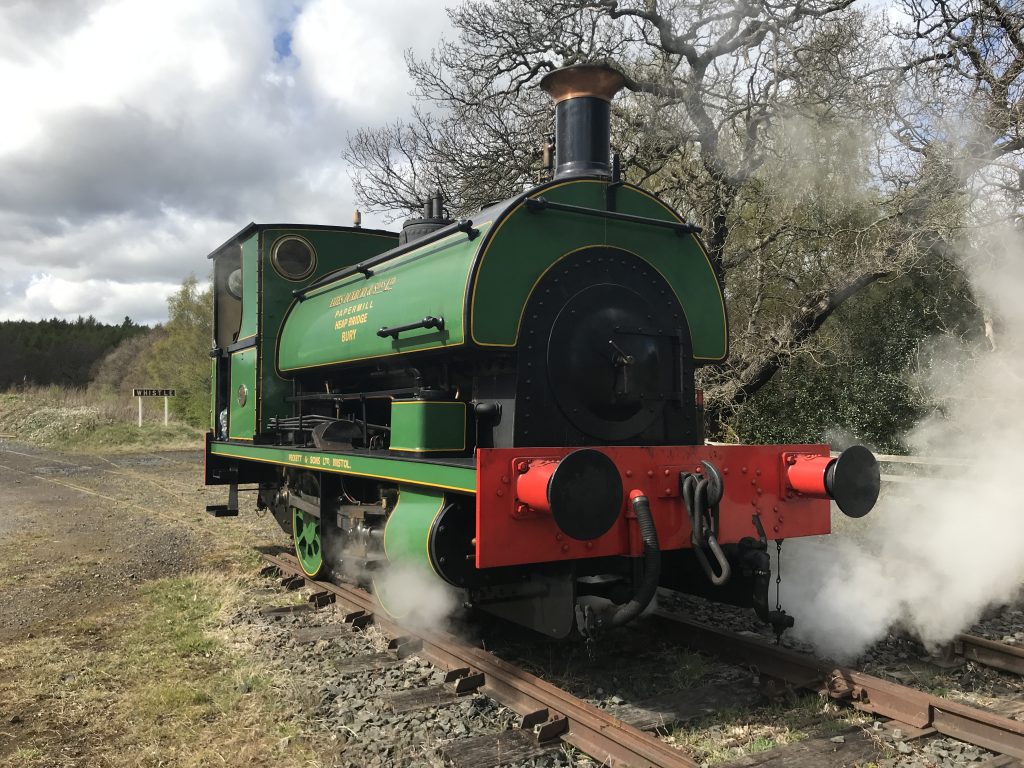 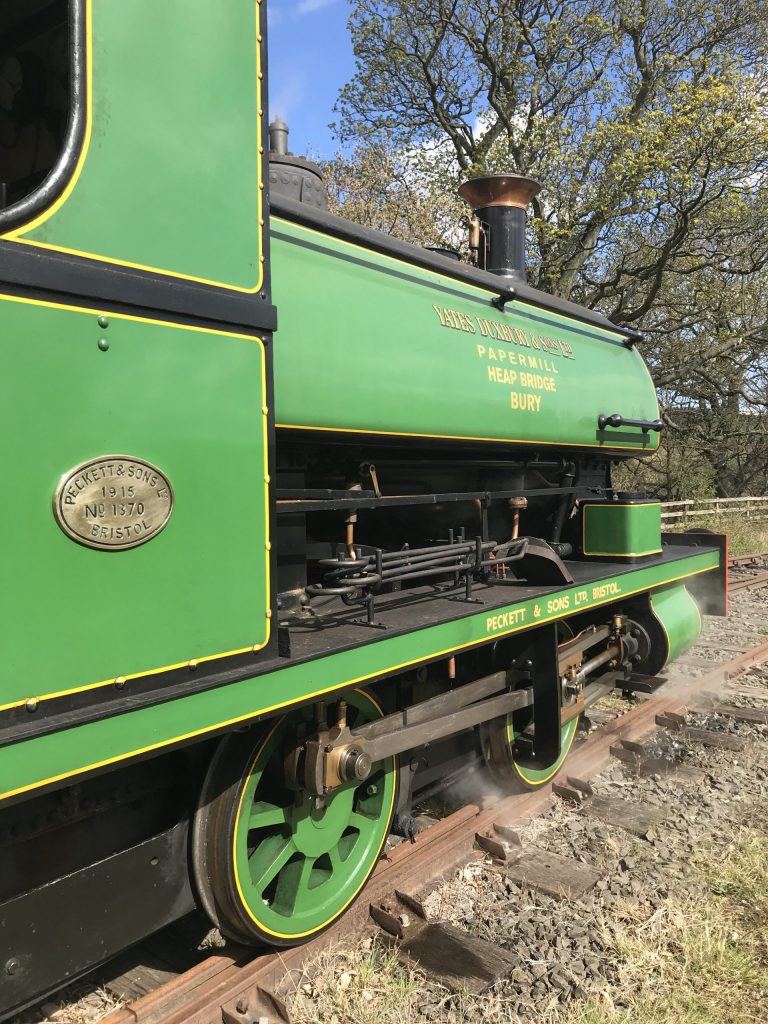 Below: Peckett had a distinctive style of worksplate, with the details heavily engraved rather than formed from raised letters. 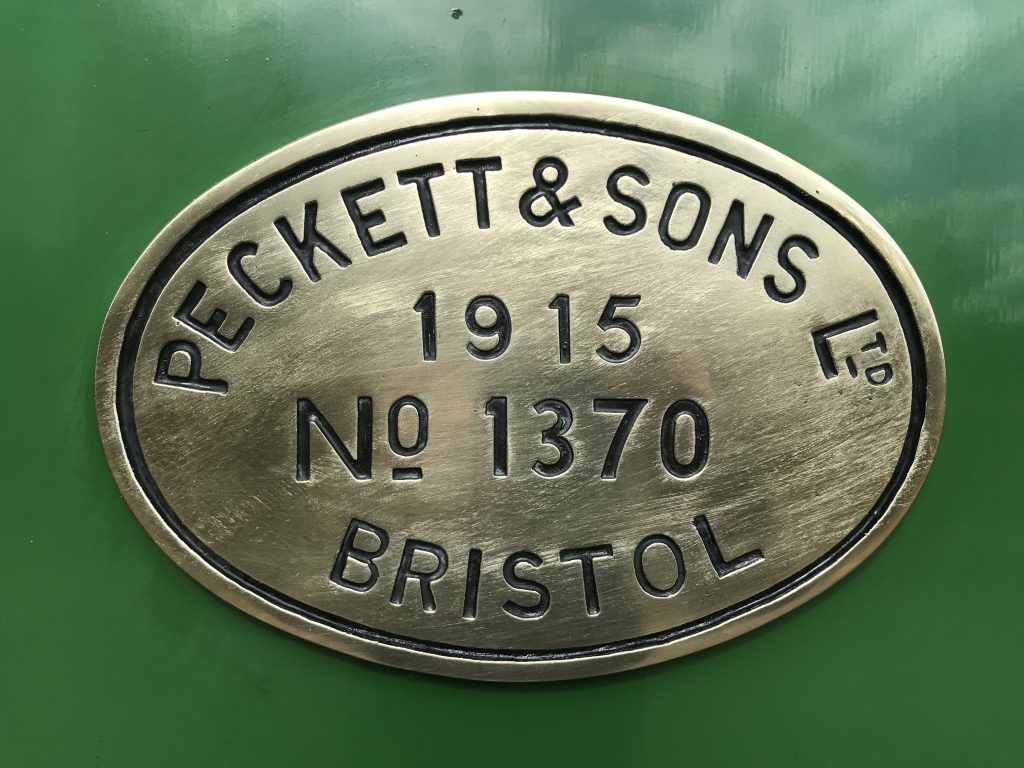 Below: There is no doubting the manufacturer!  This is a feature often seen on official Peckett works photos.  1370 has a mechanical lubricator, the feeds from which run to various moving parts of the locomotive – note the pipes feeding the top slidebar and crosshead.  These replace traditional oil pot and wick feeds and considerably speed up the preparation time of the locomotive – very much a mainline locomotive feature, but one that has been a useful additional to the versatility of this locomotive, which has previously been based in a mainline environment – somewhat different to the Edwardian colliery surroundings it is about to find itself in! 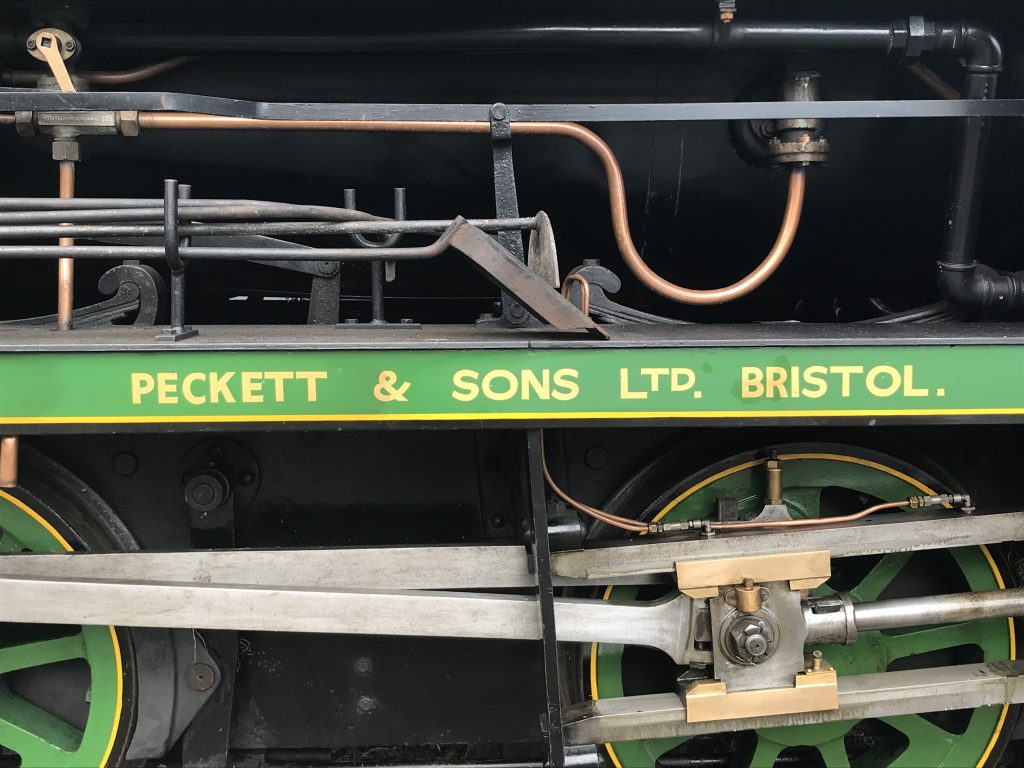 Below: There is no doubting the name of the original owner either! 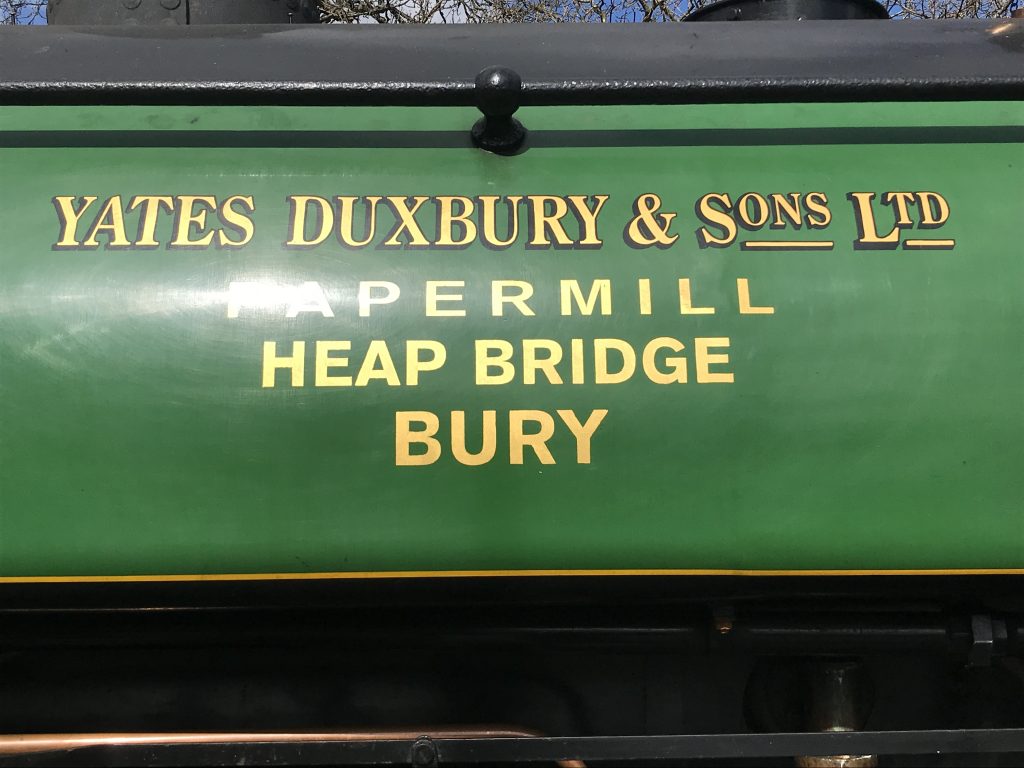 Below: By Friday afternoon 1370 was parked on the loading pad for the Colliery standard gauge railway, raising steam in readiness to move to the engine shed and carry out some clearance tests en route. 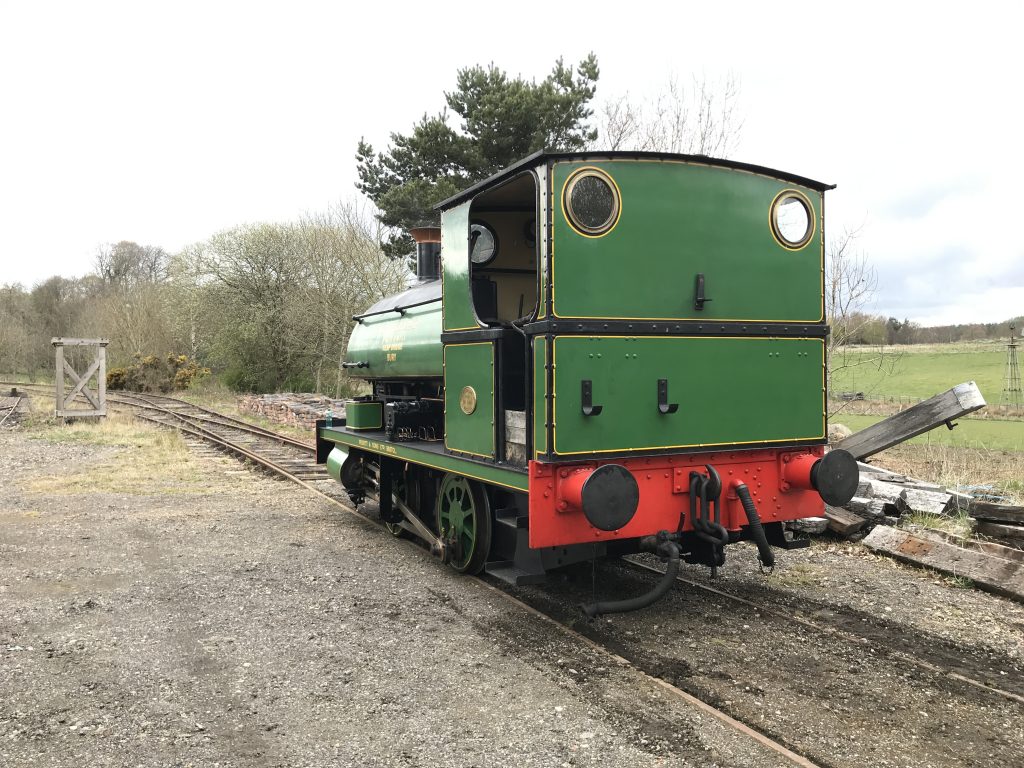 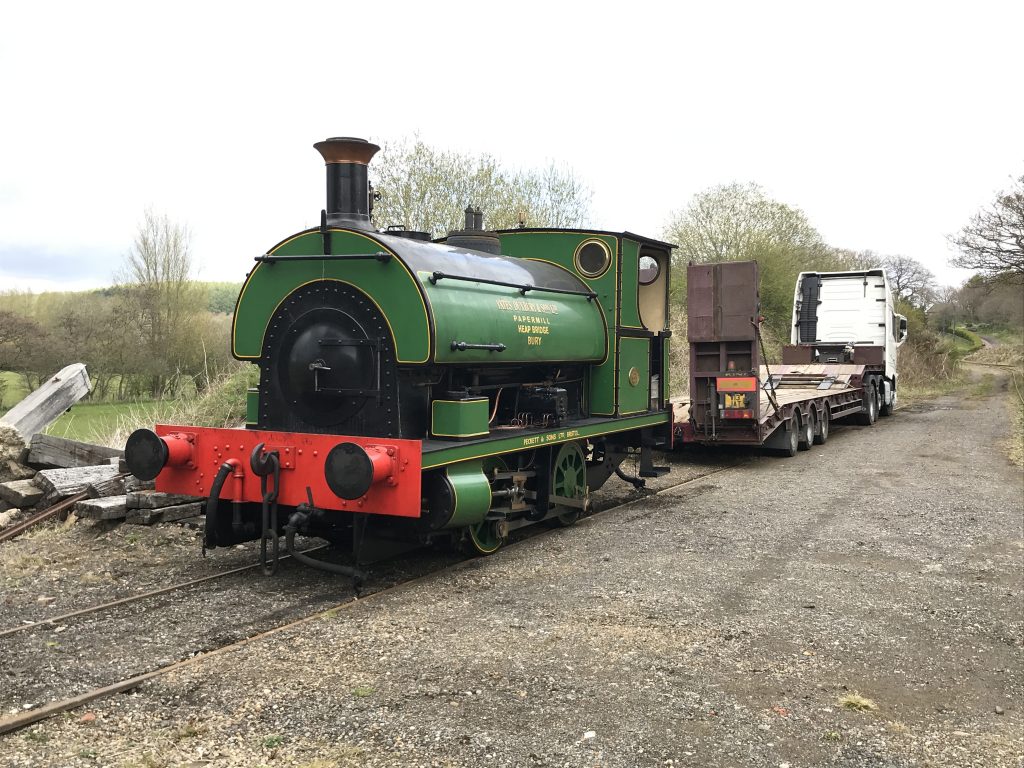 Below: The screens are a particularly tight spot, and with the dome cover reinstated it was important to check the locomotive would fit through them!  It does! 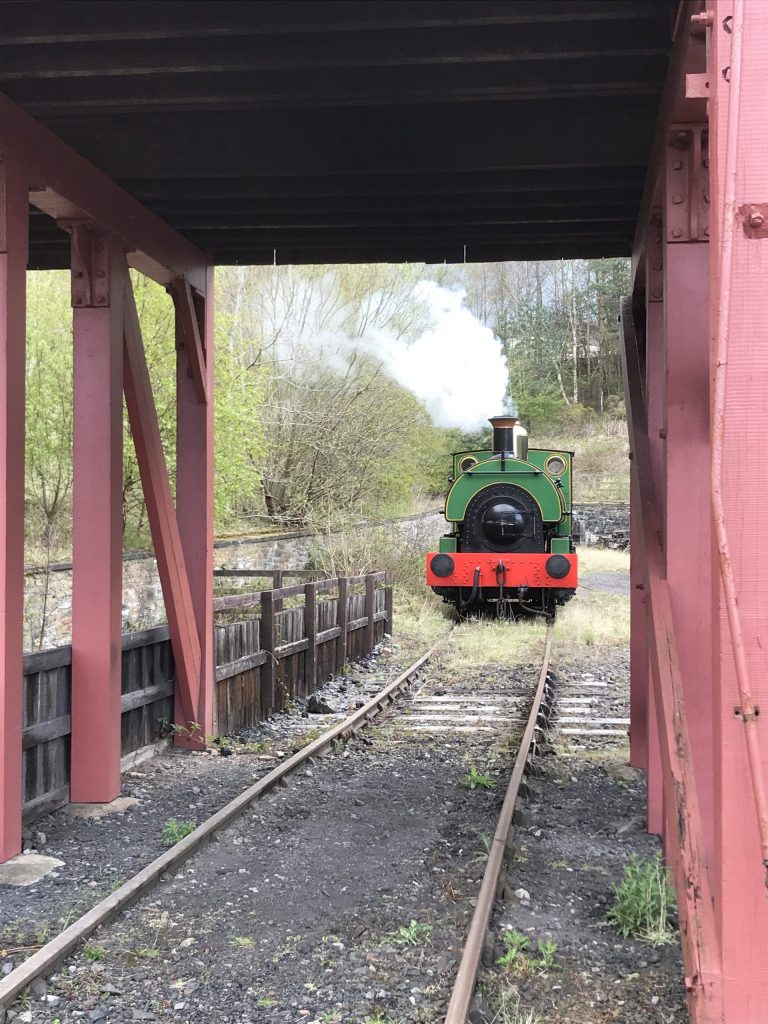 Below: The classic view of visiting locomotives facing west towards Foulbridge is taken with the winding engine house and heapstead as a backdrop. 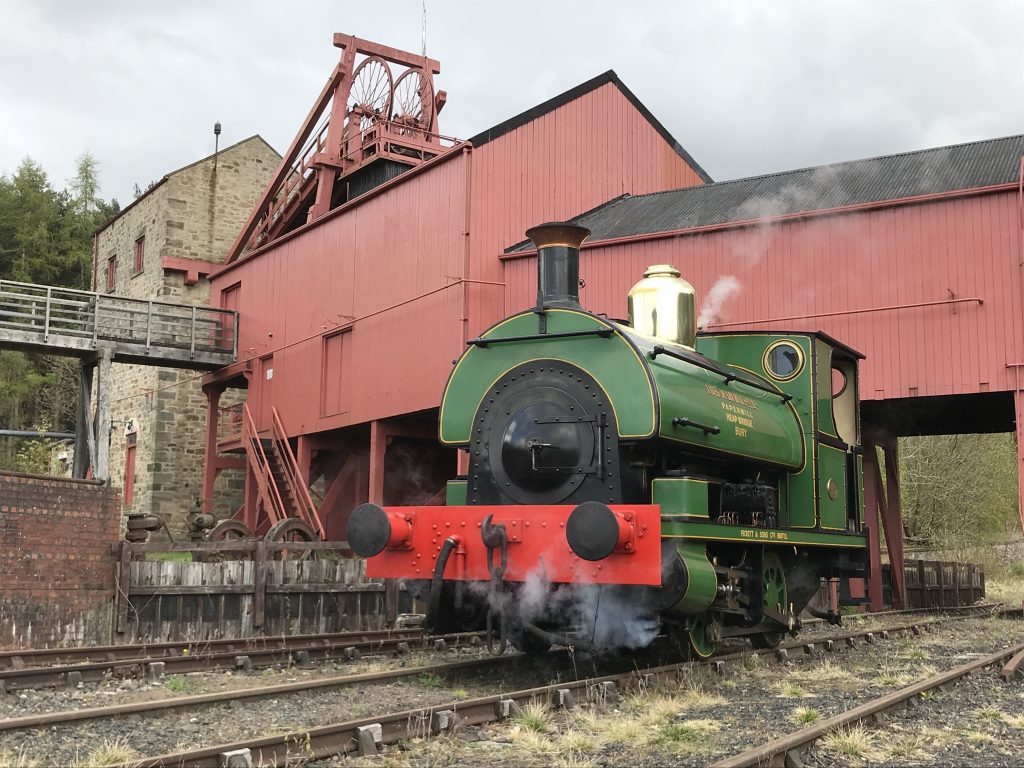 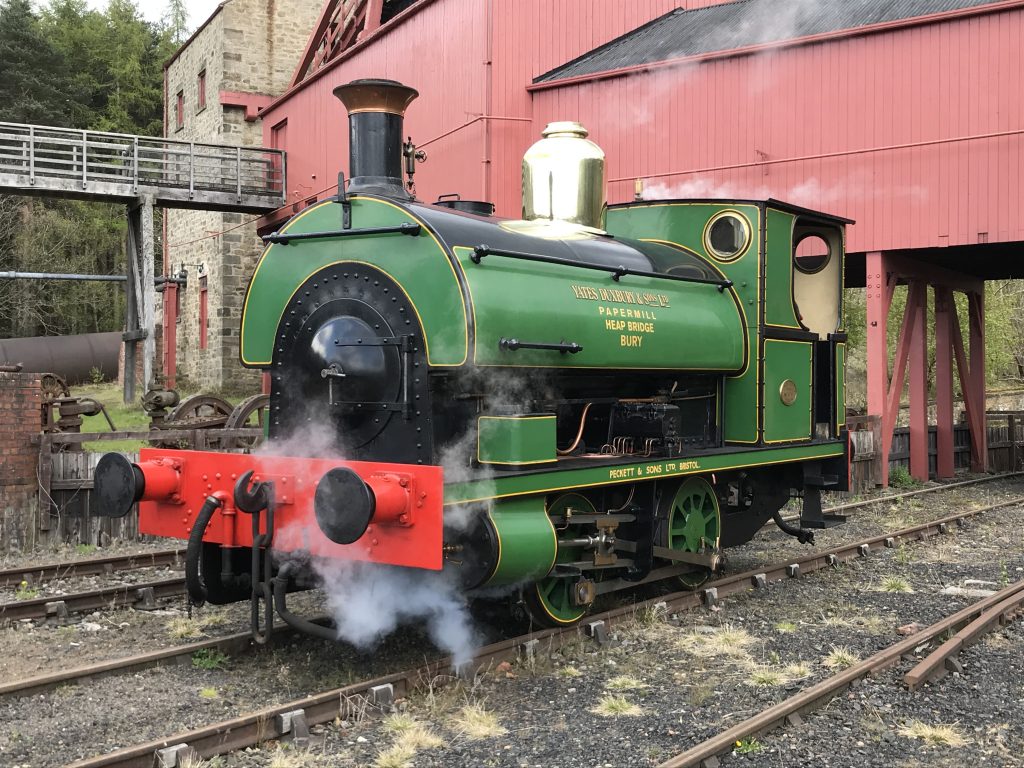 Below: Whilst 1370 is not a large locomotive, compared to 18 and Coffee Pot, it looks enormous! 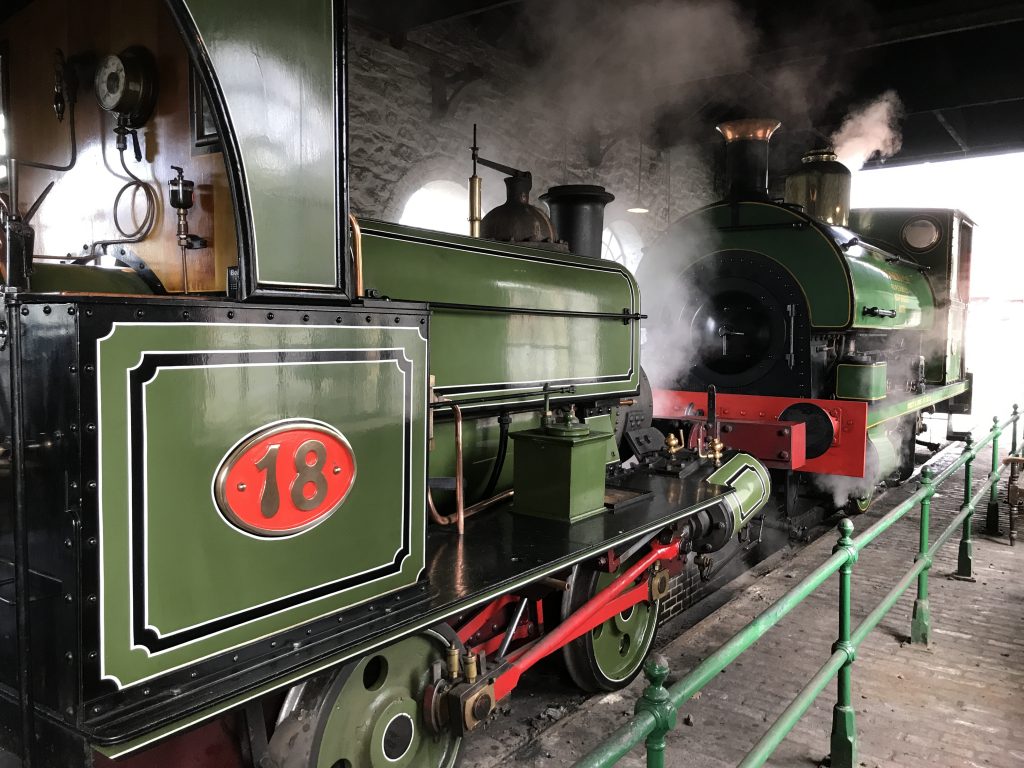 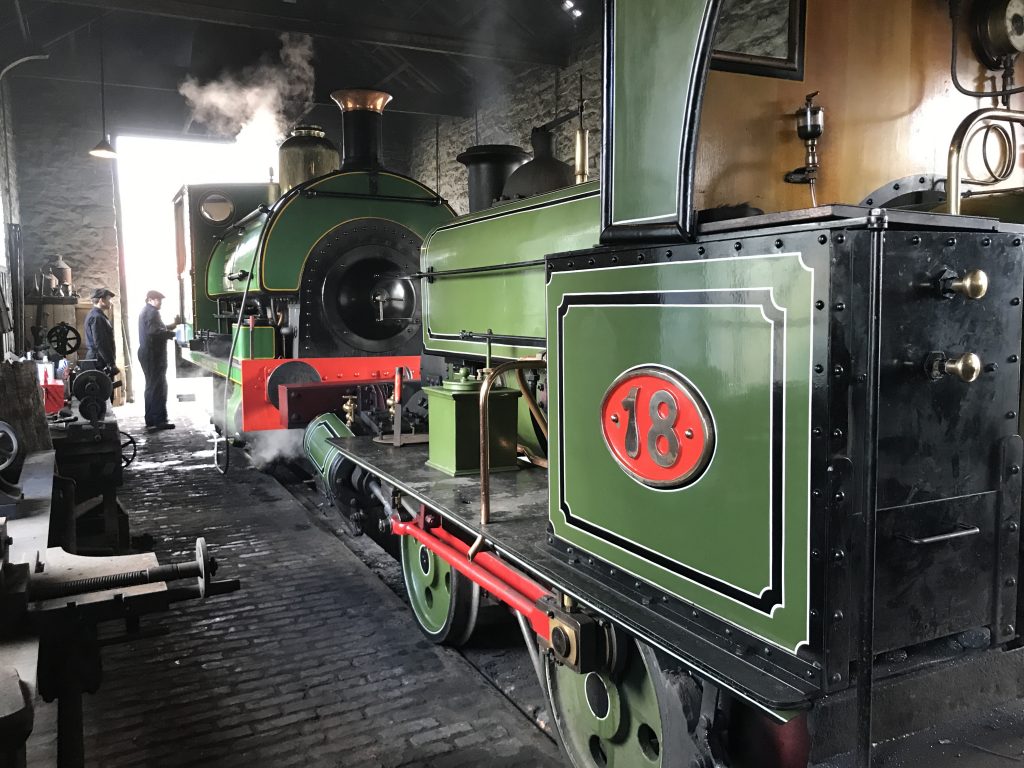 Please join us if you can tomorrow – there are plenty of slots still available to book a visit.  If you can’t attend in person, our comms team will be covering the day on the museum’s social media sites.

We often get questions about the possibility of joining (or re-joining) the station and Colliery railways. There is no plan to link the two railways and operationally it suits us to keep them separate (it avoids the need to install and staff signalling for example).  Whilst the two were originally linked, the section in the middle was not suitable for public passenger trains due to the severity of the curves and gradients that arose.  That is why the middle section was removed and the tramway installed between Pockerley and the Town on a similar route.  The occasional inconvenience of moving rolling stock by road is considerably cheaper than the reconstruction of a railway between the two locations, and also the necessity there would be to cross the tramway and road.  Over the years there have been various ideas to extend the line from Rowley towards Pockerley to create a station in that area, but cost and practical reasons of adjusting the landscape so much have, for now at least, ruled this out.