Work widely seen, but whose creator is seldom known…

There are usually, with most projects at the museum, a raft of talented craftspeople working on discreet elements of the final exhibit, bringing their own magical touch to it and helping to create or recreate something to delight and reflect the historical manufacture of items held in the collections at Beamish.  To further complicate things, the museum’s remit is often that these items should work, as the originals would have, and therefore they must be recreated to the same (or better) specifications, but without any advantage of mass-production or heavy industry behind them.

One such person was Andy Basnett, who has applied his considerable skills to several projects at Beamish, and whose work visitors see and enjoy on a daily basis.  Sadly Andy died recently and so I asked Jim Rees, who worked with him and introduced the museum to his talent, if he would contribute some notes – and this is included verbatim below…

The brilliant and versatile blacksmith and art metal worker, Andy Basnett died last month. He had been closely associated with Beamish for over twenty years. Sometimes producing simple traditional forgings for the museum’s many projects, at other times taking on challenging one off projects. A self-effacing and sometimes withdrawn character it seems a good idea to remind people of his work which have been seen, enjoyed or simply taken for granted by thousands of visitors and staff over that time.

After the museum lent him a spring hammer, originally used at Wallsend, for his new workshop near Malton, on the principle that the preservation of traditional skills such as his was the most important type of preservation, Andy’s connection to the museum had been regular as the needs of restoration or development projects threw up each new challenge.

His involvement with the ‘Steam Elephant’ started simply enough with a batch of handmade square nuts, rapidly progressing to the locomotive valve and tentering gear, then most of the forged components including the iconic chimney and water tank. These skills were later reprised for a great many forgings for the ‘Puffing Billy’ replica. 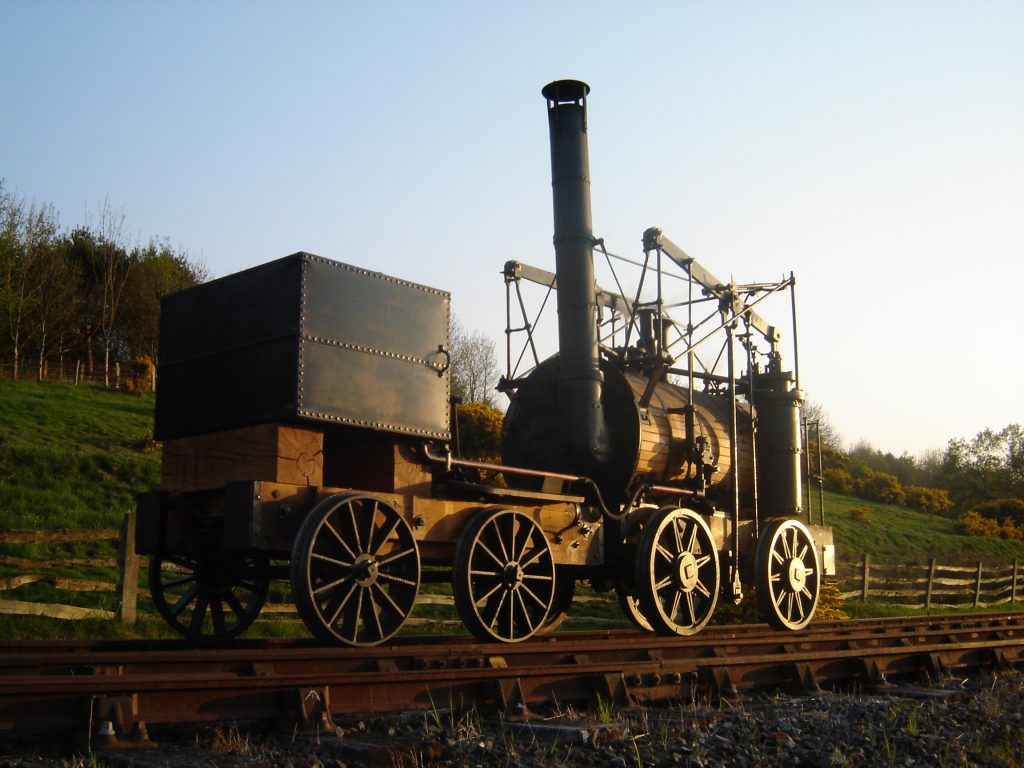 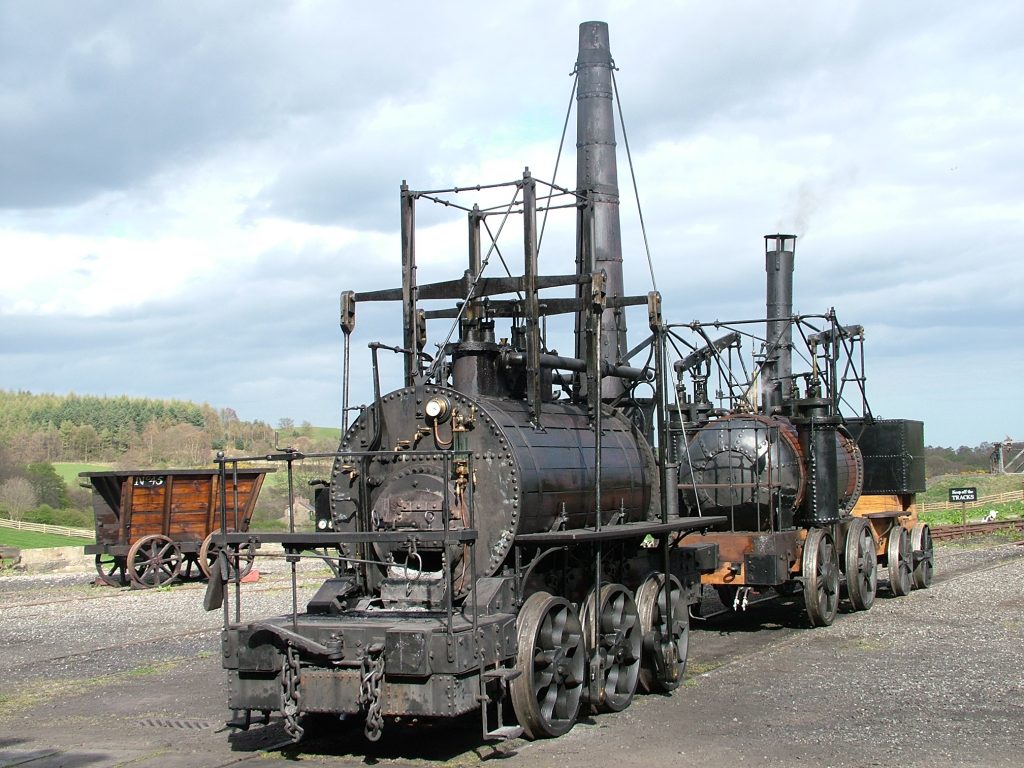 Andy was happiest working to a brief which then left him free to produce his own designs, inspired particularly by the Arts and Crafts blacksmiths of the early C.20th, particularly Alfred and Norman Bucknell and the German smith, Fritz Kuhn.

We have all walked under the wonderful  lamp arch to the tea room with its superb handrails; this was entirely Andy’s design and won him the top prize in the Great Yorkshire Show before delivery and installation at Beamish. Simple lamp brackets are dotted around the museum, but specials were made for the Bakery and the Church.  An extraordinary achievement was the complete rebuild and restoration of the bakery mixer. Few seeing it today would think that it had been in open storage from the 1970s; the bowl had rotted through and the present one was entirely hand forged by Andy, as well as his total rebuild and replacement of much of the mechanism. Remarkable work. 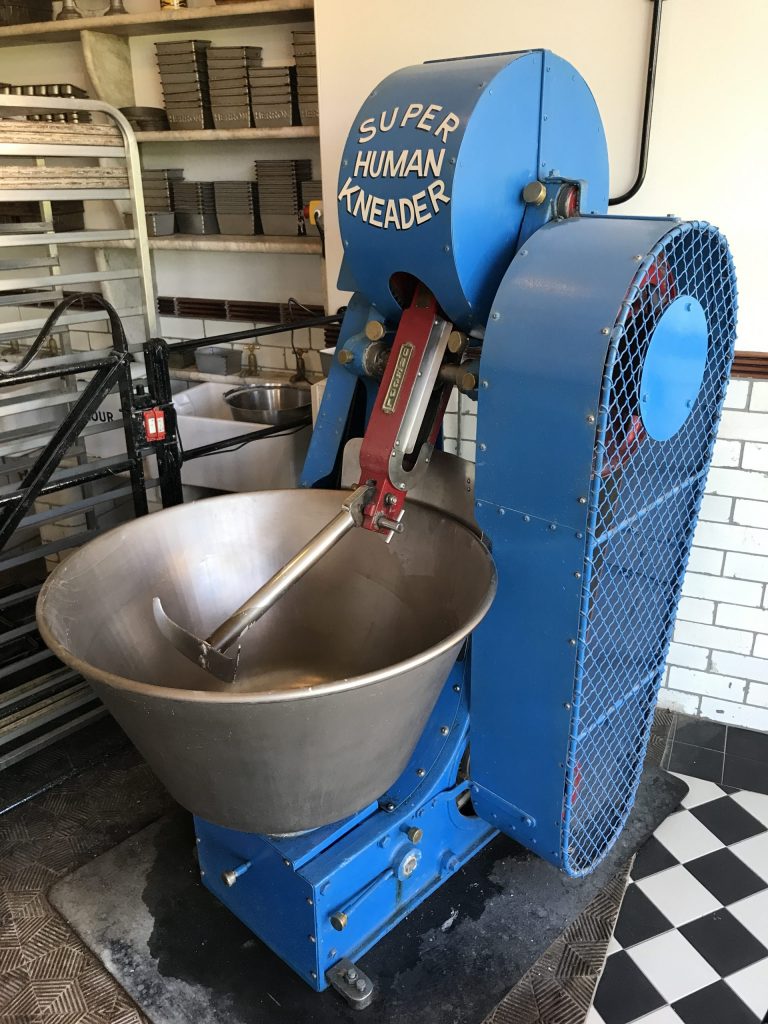 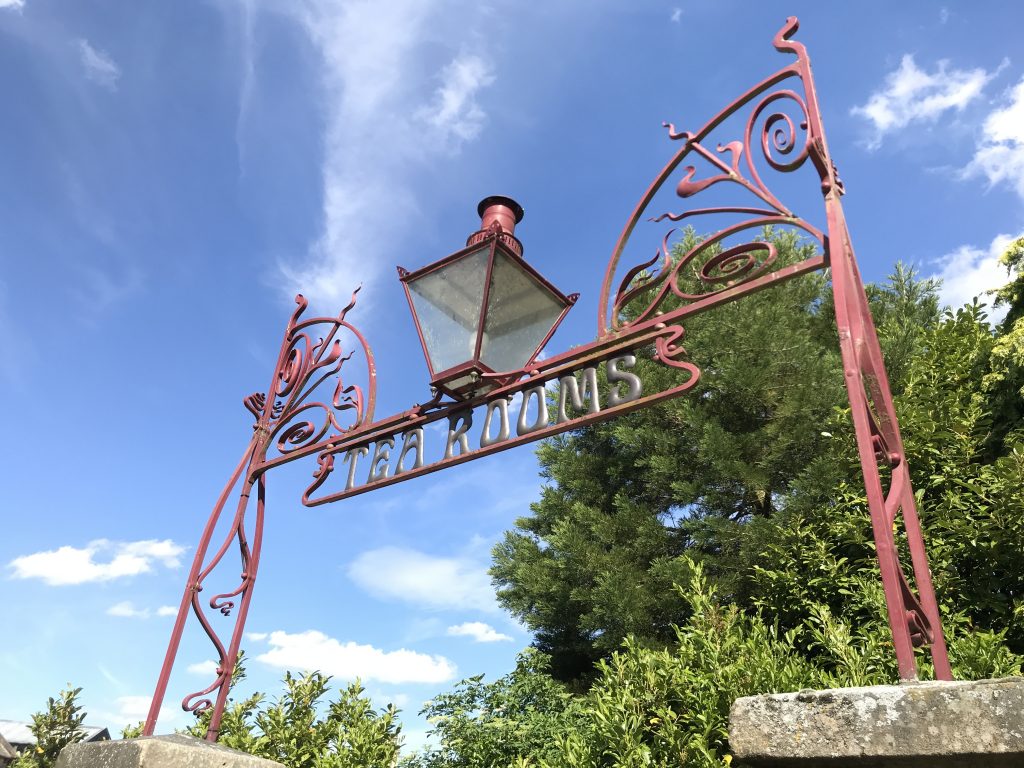 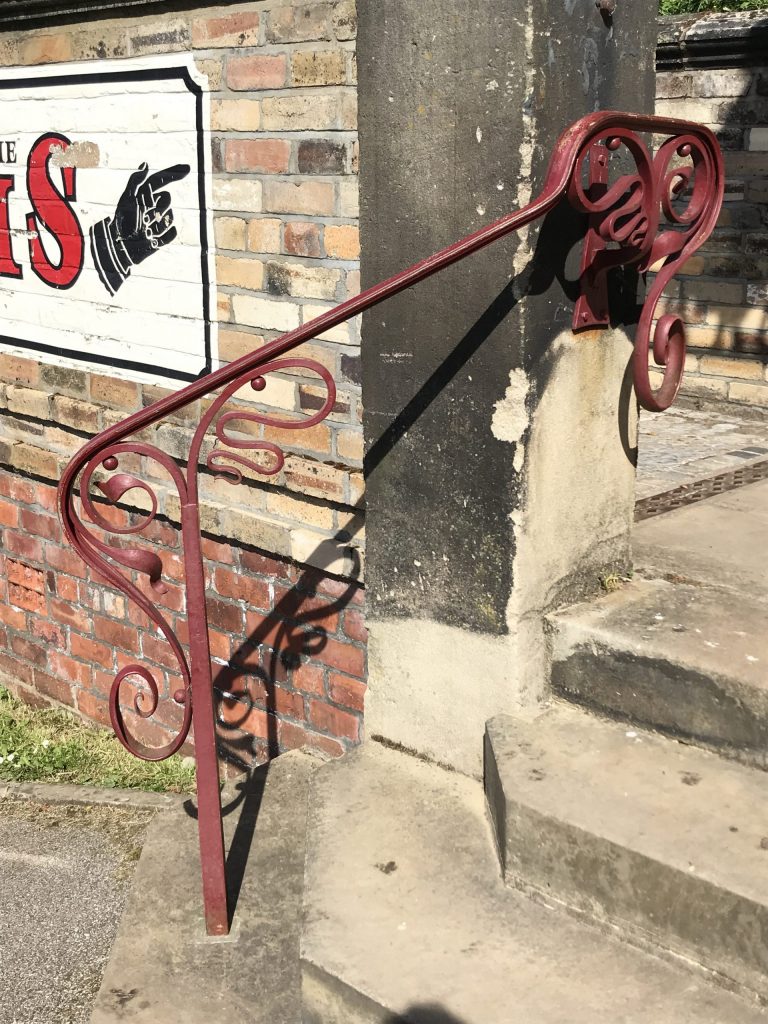 Over the years Andy did many jobs for the transport collection; awkward couplings for the narrow gauge and the complete restoration of the standard gauge side tipping waggon.  Andy did actually really enjoy a challenge and getting his head round a new and entirely new subject, such as the re-conversion and installation of the gas engine in the chemists.

I am proud to have called Andy my friend, although I never called him ‘Andy’, it was always ‘Major Clanger’.

Below: The Hodbarrow side tipper, before restoration began. 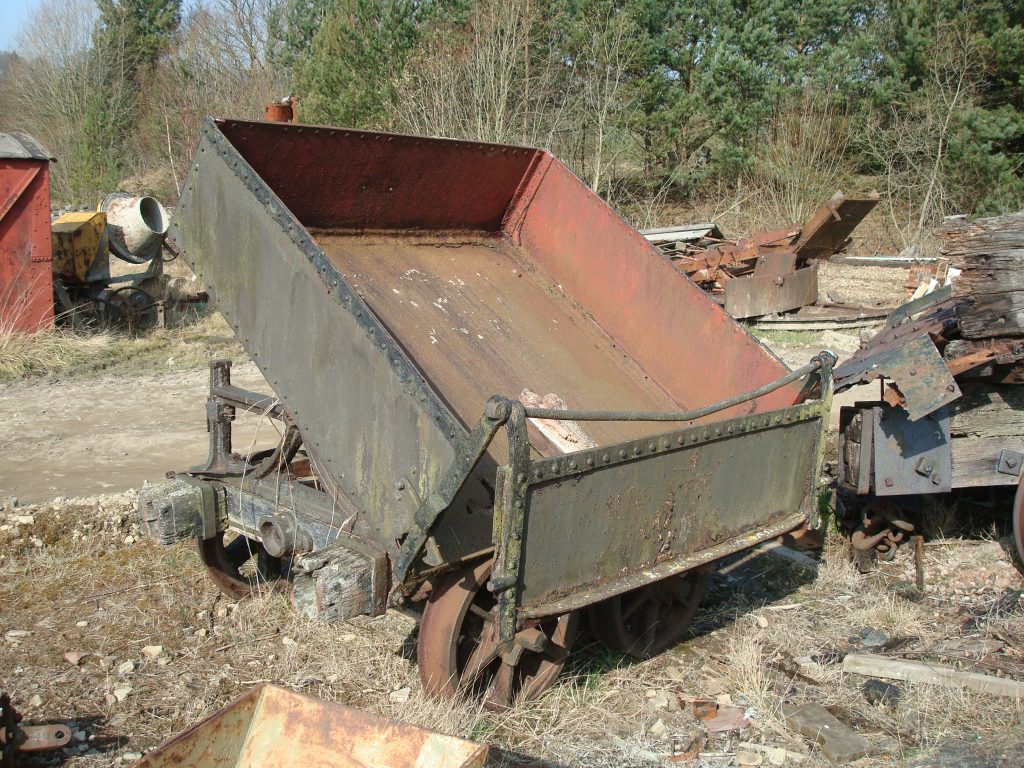 Below: Andy managed to rescue all of the wrought iron strapping and attach this to a new, steel, body for the above waggon. 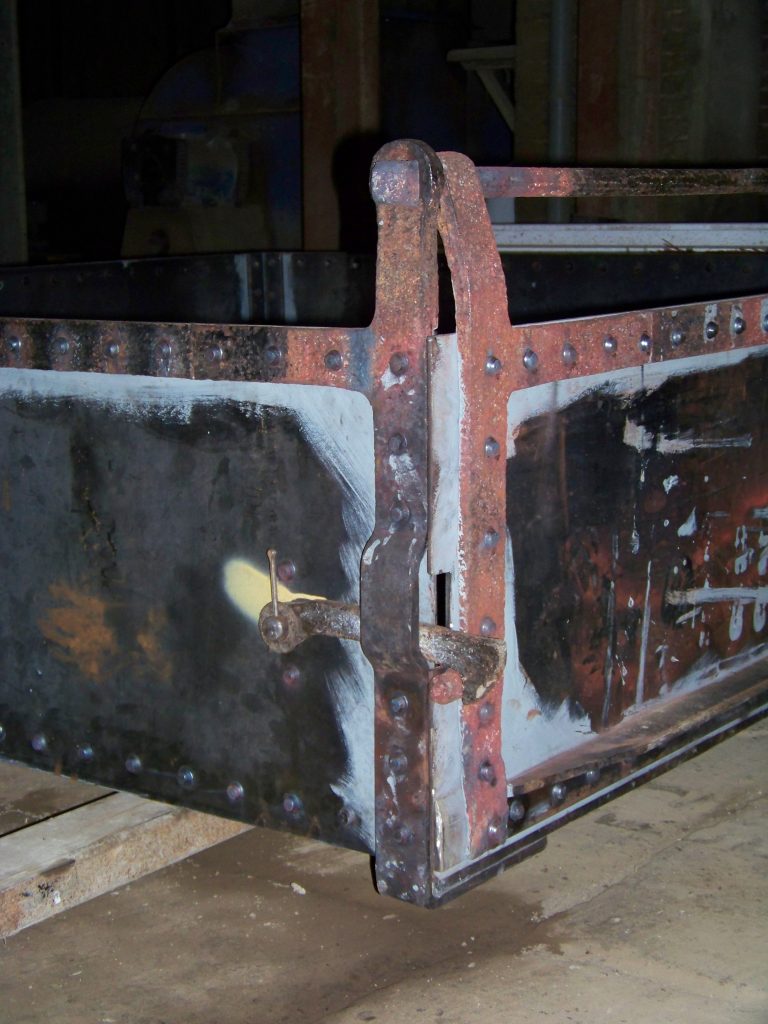 Below: The Superhuman Dough Mixer (also seen in the title view), after installation into the bakery.  Andy just about makes an appearance in this photo! 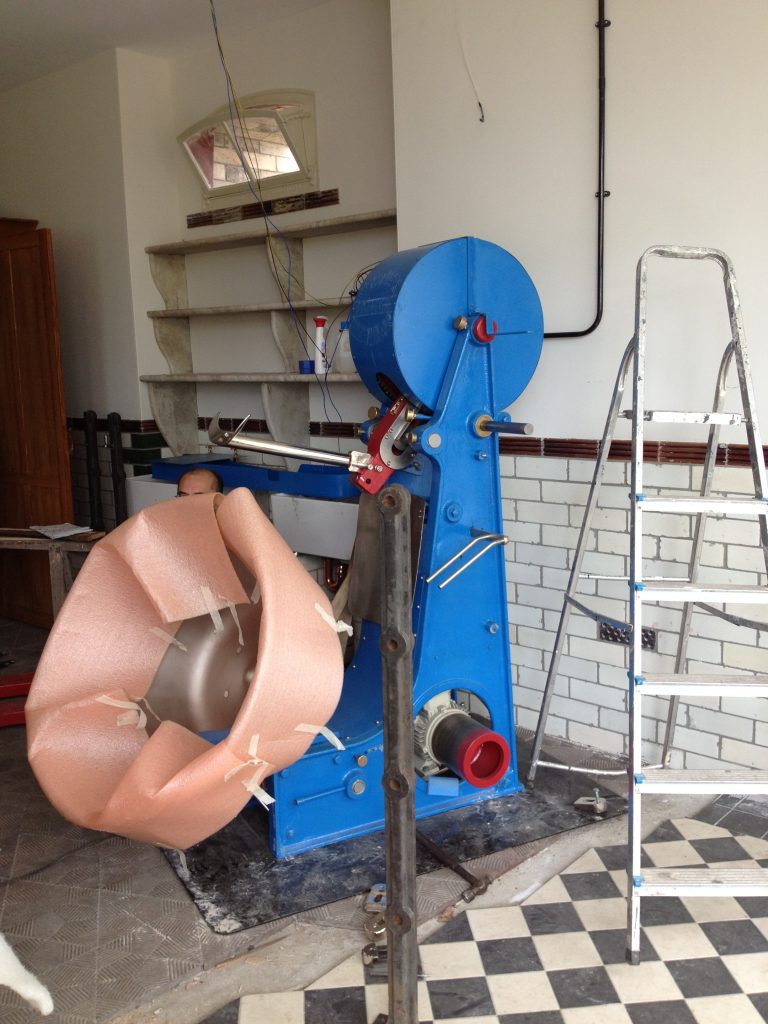 Below: The completed tipper waggon, the chassis of which was restored by the Friends of Beamish, who also painted the body that Andy had made.  It is seen here with No.18, the lamp irons on which were also made by Andy. 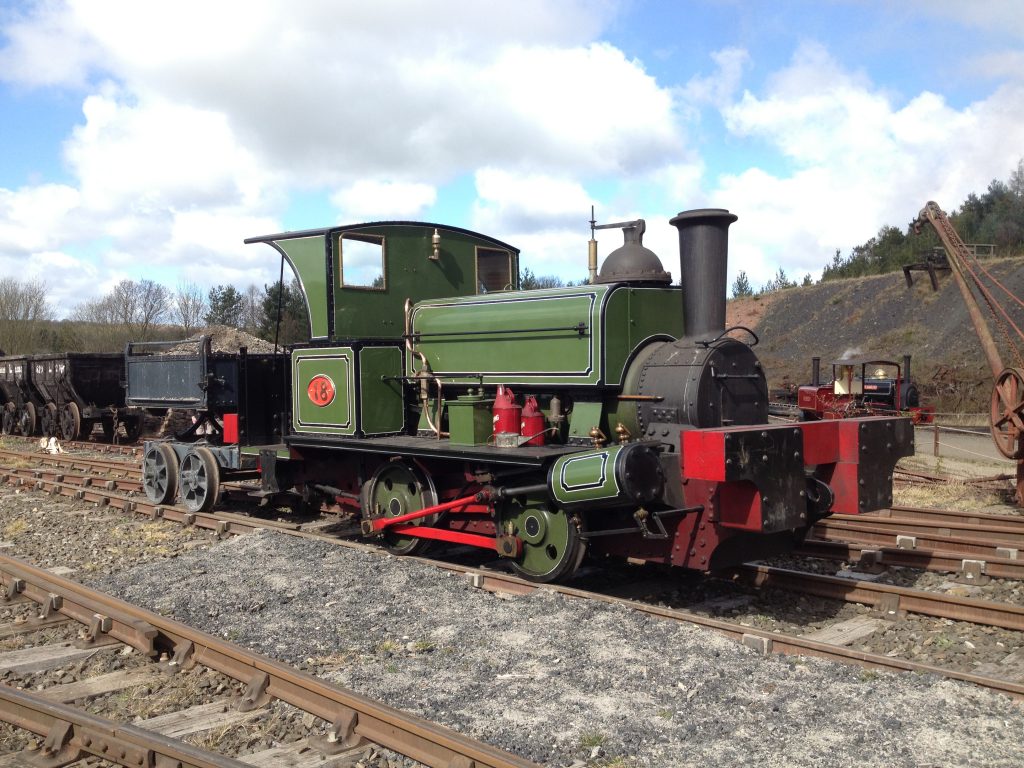 Below: The gas engine and aerated water plant, restored by Andy and his colleague, seen whilst being installed in the Chemist shop (with Andy kneeling). 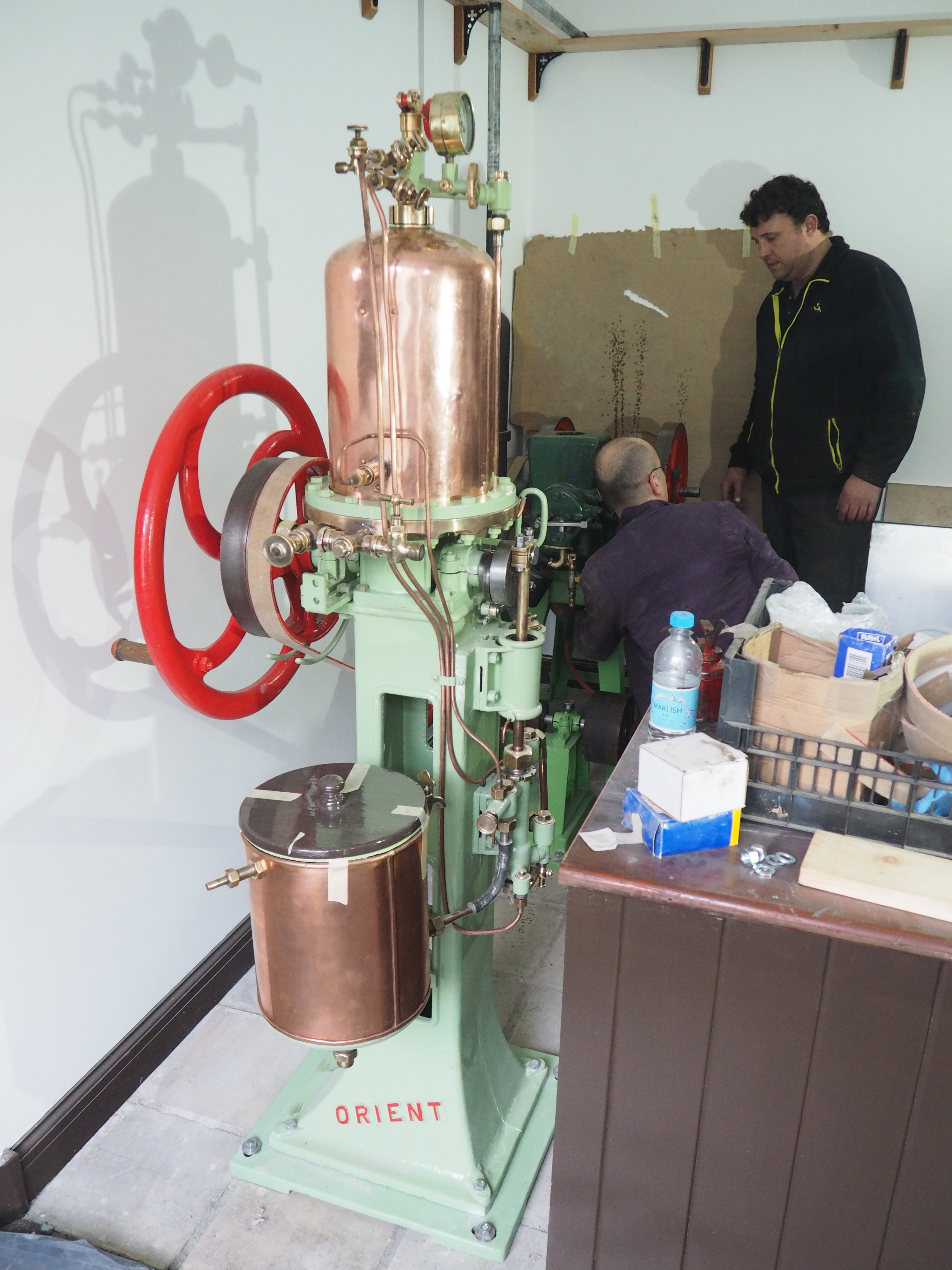 Below: A recent job for the museum was the construction of a new chimney for Puffing Billy.  Such work requires an artisan approach, with handmade rivets a vital aspect of creating the correct appearance on the finished job. 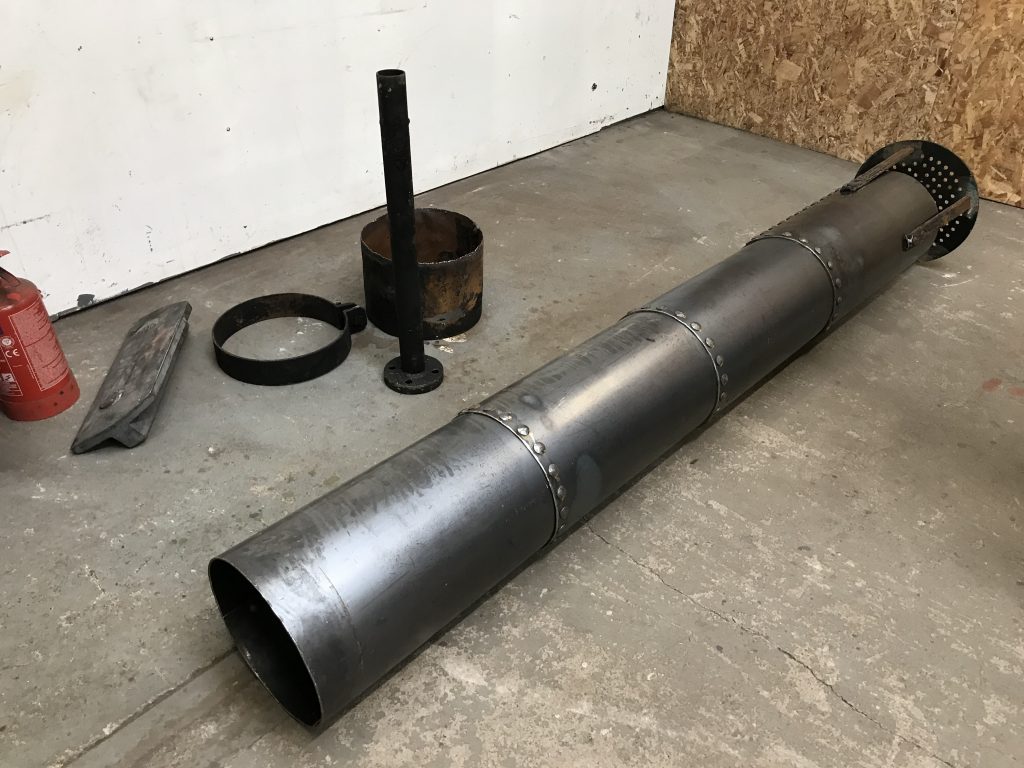 Below: Also fairly recently, the step for the narrow gauge Tool/Brakevan (made from remnants of the Hodbarrow body to give the correct appearance) and coupling hooks emanated from his North Yorkshire workshop.  The hooks were a challenging forging, and a few sets were made in order to properly set-off the appearance of these recreated (created in fact) waggons. 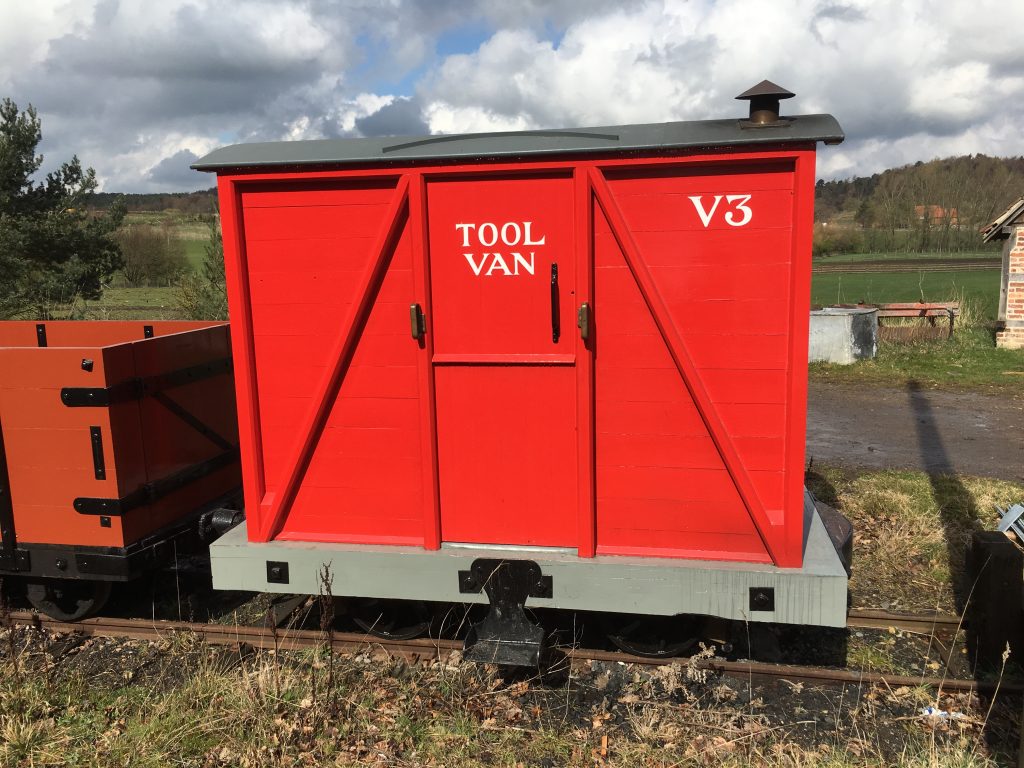