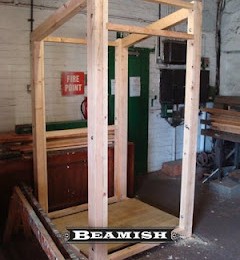 10th March 2008
I paid a quick visit to Bowes today to talk to Derek Young who is building the roadmenders hut. This is a terrific and apparently indestructible creation and will hopefully stand up to the rigours of working life at Beamish!
I also had a chance to look around at current progress on the site. A new radial arm drill was being installed, a number of wagons being worked on (including the reel bogie and a hopper which have been stripped, shot-blasted and spray painted to primer stage). The completed chaldron No.256 was outside and the overhauled flat waggon has a new load in place. 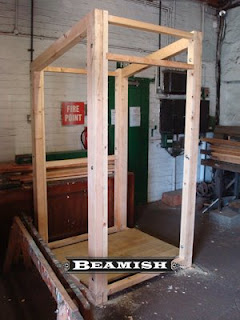 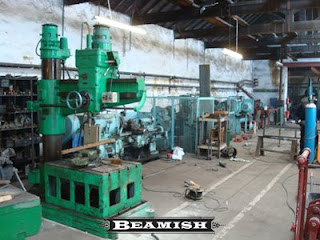 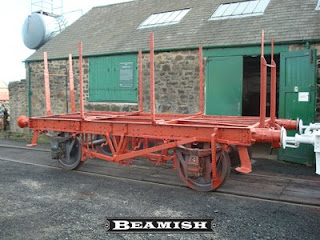 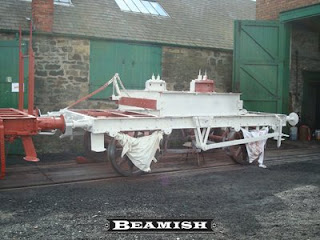 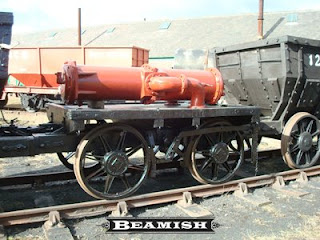