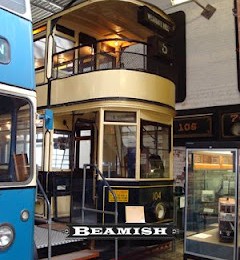 Whilst visiting the boilermaker, David Young (my companion for the day) and I called in at Bradford Industrial Museum. This a wide ranging collection and numerous demonstrations of working machinery are given during the day. The collection includes Bradford tramcar No.104, which was restored after the closure of the tramways in Bradford and retains the system’s local gauge of 4 foot. Elsewhere there are printing machinery displays as well as the main hall which houses numerous stationary engines plus a large selection of line-shaft driven machine tools. To the side of this is a hall devoted to road transport and particularly the locally built Jowett. 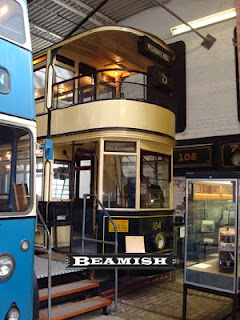 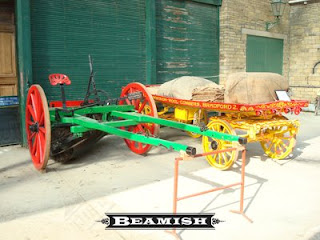 I was pleased to see the restored street sweeping vehicle (built by the Ames Crosta Sanitary Engineering Company), which reminds me of the forthcoming Friends of Beamish project to rebuild our own T Baker ‘Albion’ street sweeper. 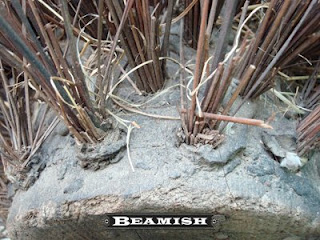 A close up of the bristles on the street sweeper. 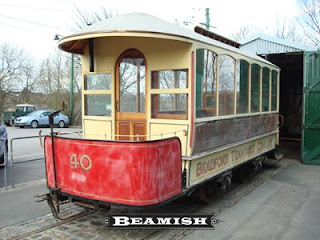 The museum’s replica horse tram, currently being prepared for repainting. 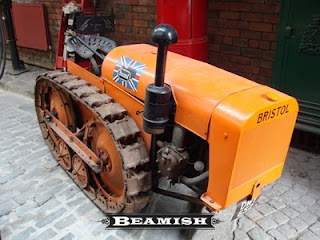 A Bristol 10 Crawler. These tracked units (used for a diverse range of activities, from logging work to towing gang mowers on cricket pitches) were originally fitted with Jowett engines, though later examples were fitted with Austin engines. More on these fascinating machines will appear on this blog in due course… 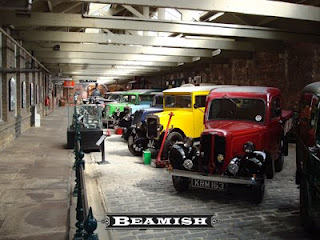 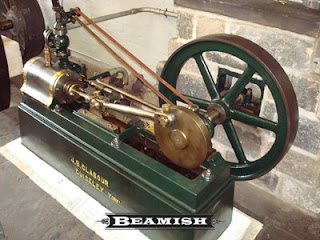 Above and below – two examples of stationary steam engine by J. B. Glabour of Guiseley, West Yorkshire. The larger engine is driven off the belt shaft for demonstration purposes, though I suspect the smaller one can run on steam (an attraction on Wednesdays). 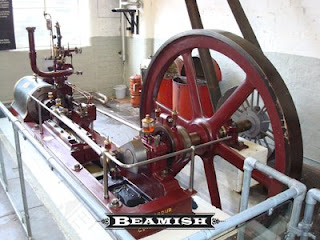 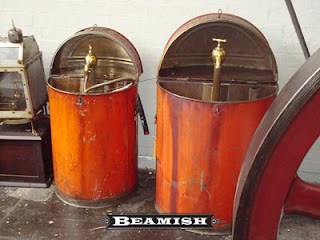 Two very well preserved oil containers, and nice to see they are different to the usual (later) ribbed type which commonly survive. 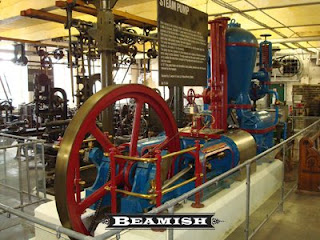 Above – Built by G. Mills & Co of Radcliffe, this is one of the engines on display capable of running via an electric motor. 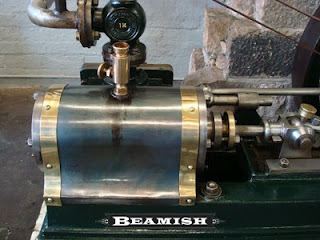 I include this shot more as a plea – has anyone reading this got any spare blue steel/Russian Iron sheet? We need some for a variety of small cylinders that are part of future restoration projects but the material is nigh on impossible to find nowadays. Often this finish is incorrectly referred to as ‘planished steel’ and was sometimes found on US railroad locomotives at the turn of the last century. I have been told of a method to blue regular steel sheet, by heating it and dipping it in oil, so this might be a solution for this.

Below: Two short films showing the water driven demonstration and the steam demo, both powered by electricity for convenience but very much a part of the integrated system of shafts, belts and pulleys once at the heart of the manufacturing process…