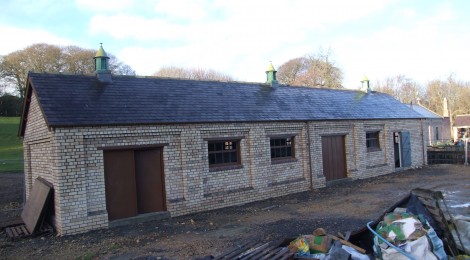 News from the Colliery

A lot of joinery work has been going on in the Colliery over the last few weeks. Not only in the Stables but also Hetton Band Hall.

The Colliery Stables construction is moving along well and is now almost weather tight. Site Joiner Shaun and his assistant Daniel have been busily fitting all of the doors and windows, which they have also made themselves. The stables are a good example of the skills we now have in the museum. All of the brickwork and much of the joinery along with painting and electrical work has been completed by museum staff. Having all of these skills in the museums makes projects such as this so much more achievable. 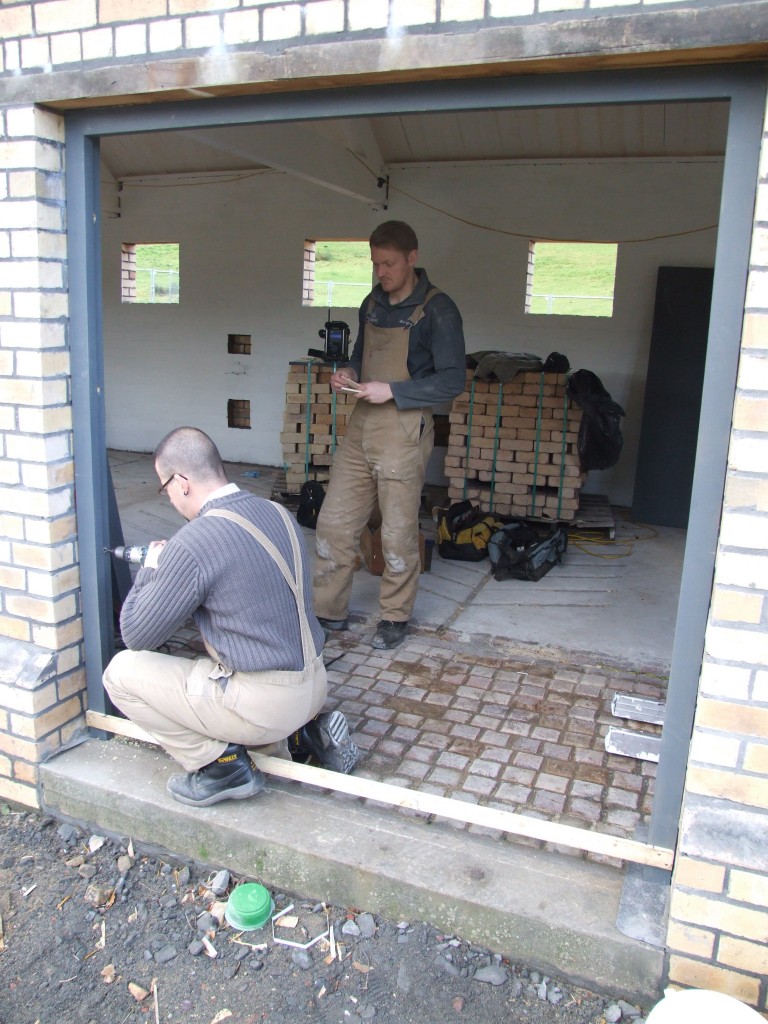 Shaun and Daniel fixing one of the double door frames.

A common feature of Victorian and Edwardian buildings is ventilation, good ventilation was seen to remedy all ills. The stables are no exception to this and feature several ventilation methods. As can be see in earlier posts the original stables at Ricklees had metal ‘cupola’ air vents in the roof. Luckily we had three such vents already in stock, which needed only minimal restoration, and have proved to be an almost identical match to the originals.

Along with the roof vents all of the windows have opening sections. The top section of each windows opens into the building with quadrant stays to prevent the window falling fully open. 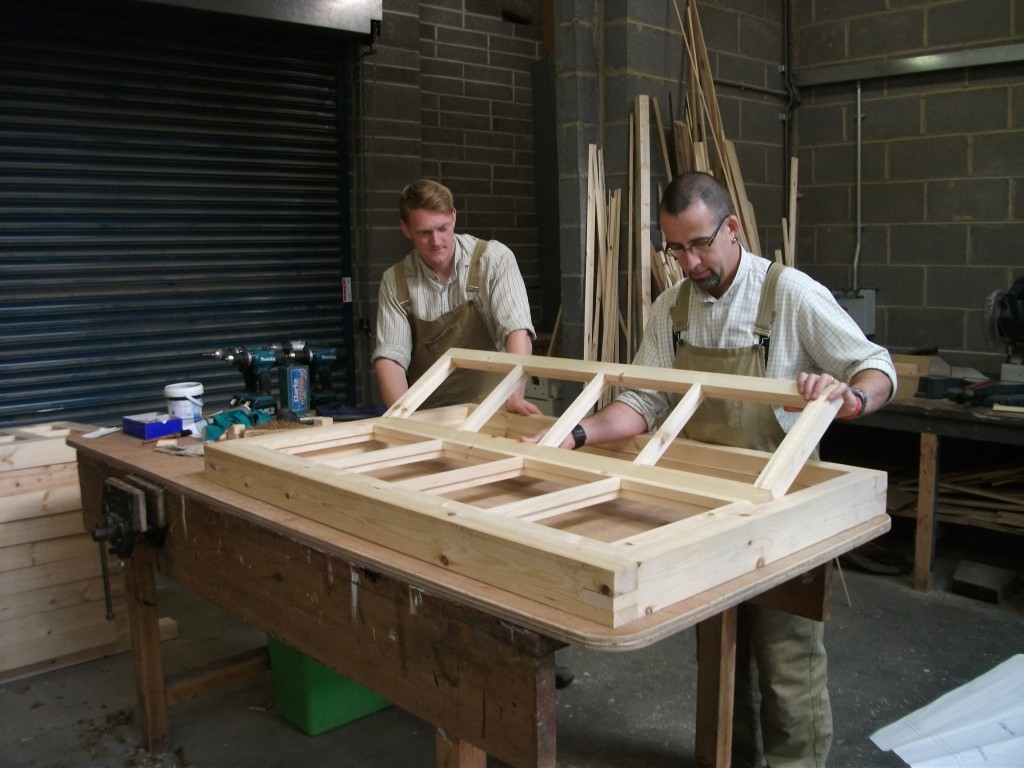 One of the windows during construction 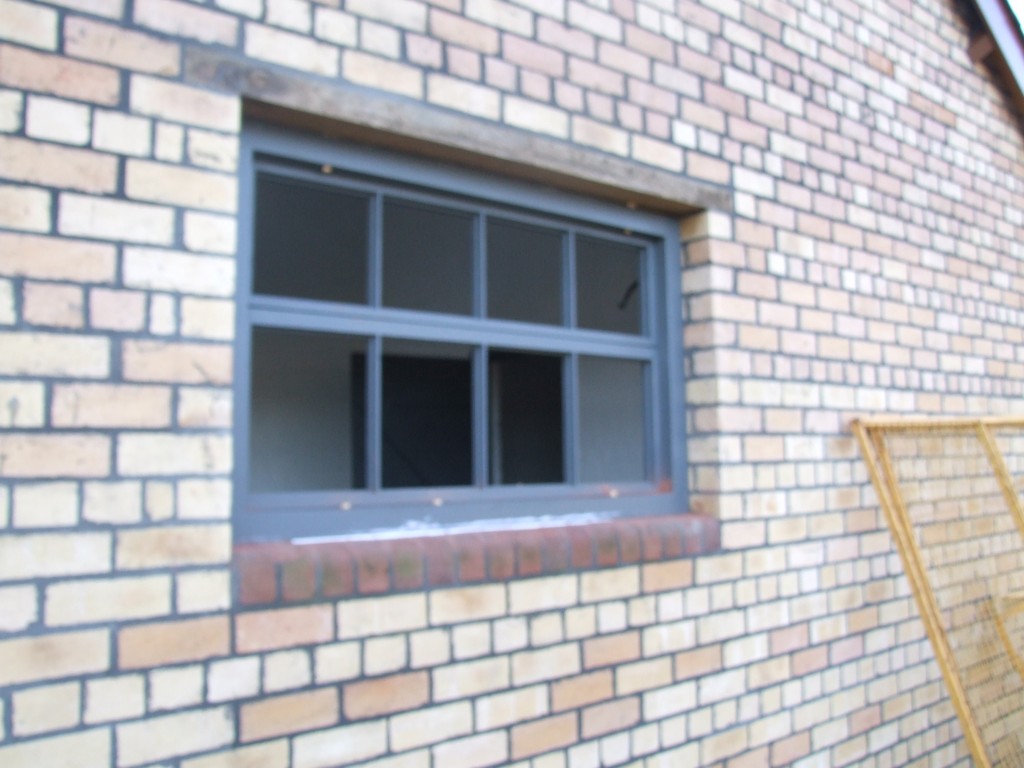 One of the large front windows. 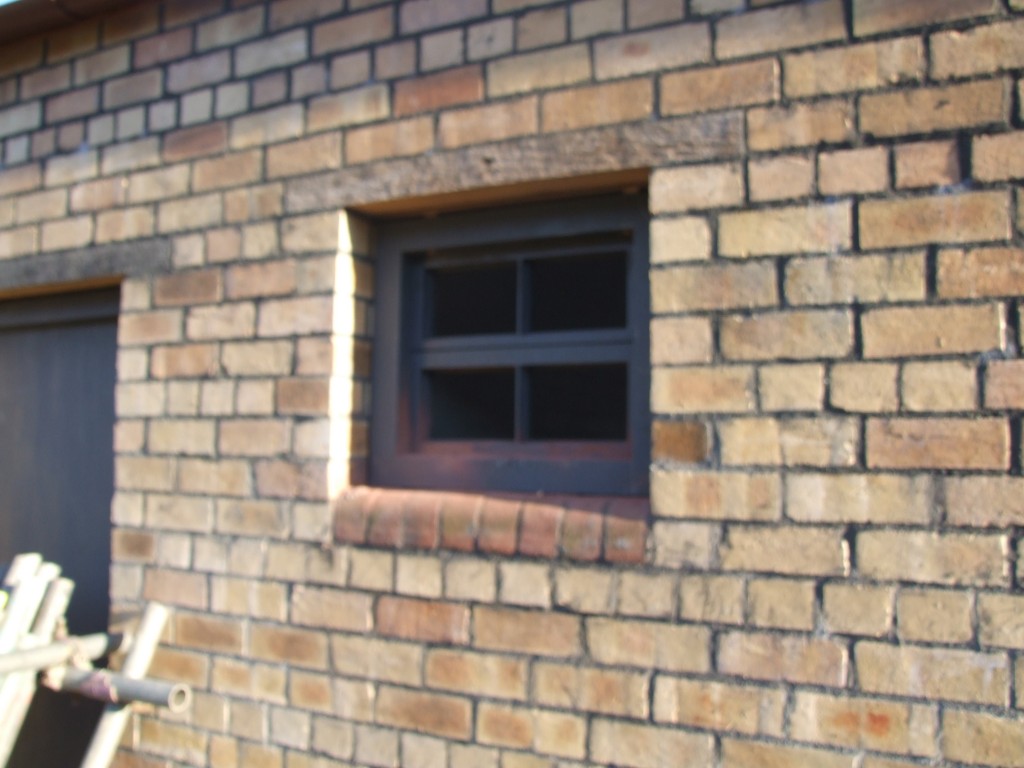 Along with the joinery work in the Stables we have also seen the final finishing of the Band Hall interior. Last year we were successful in a funding bid to the Banks Foundation to install a wooden glazed case to display one of the miners banners from the museums collection. 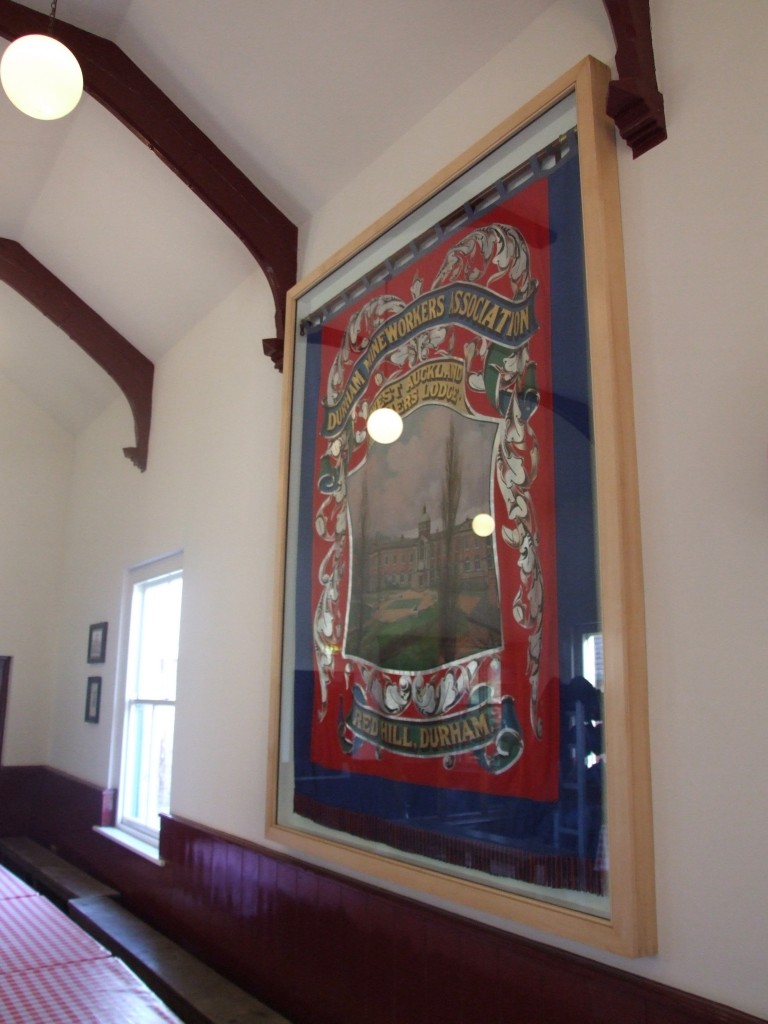 The banner in it new case

We have over 50 miners banners in the collection, many of which are held on behalf of the Durham Miners Association. Although we have a large collection of banners not all are in a good enough condition to display. Banners, by their nature, are very fragile items being oil paintings mounted on a silk. Many of the older banners in the collection have had long lives and have been well used, making them extremely fragile. A large part of the banner collection at the museum is here so it can be properly stored and conserved to ensure they do not deteriorate further.

Of the banners we have in a suitable condition to hang there was, unfortunately,  not one from the Hetton Area. Therefore, we had to choose one of our other banners. The banner now on display is from West Auckland. Although there is no link to Hetton the banner was chosen because it is pre 1945 when the Durham Miners Association became the National Union Of Mineworkers, Northern Region, which is more fitting for our Edwardian Pit Village. Also, the banner has an excellent depiction of the Durham Miners Association Offices at Redhill in Durham City, giving our visitors a good impression of the size and importance of trade unionism in the coal industry.

Rupert McBanin Furniture of Darlington have made and fitted the case to house the banner and last week came to fit it in the Hall. The case has been constructed to create as good a seal as possible against the outside atmosphere, and any bugs and moths. The glass has also been specially treated to reduce the effects of Ultra Violet light on the silk and paintings. 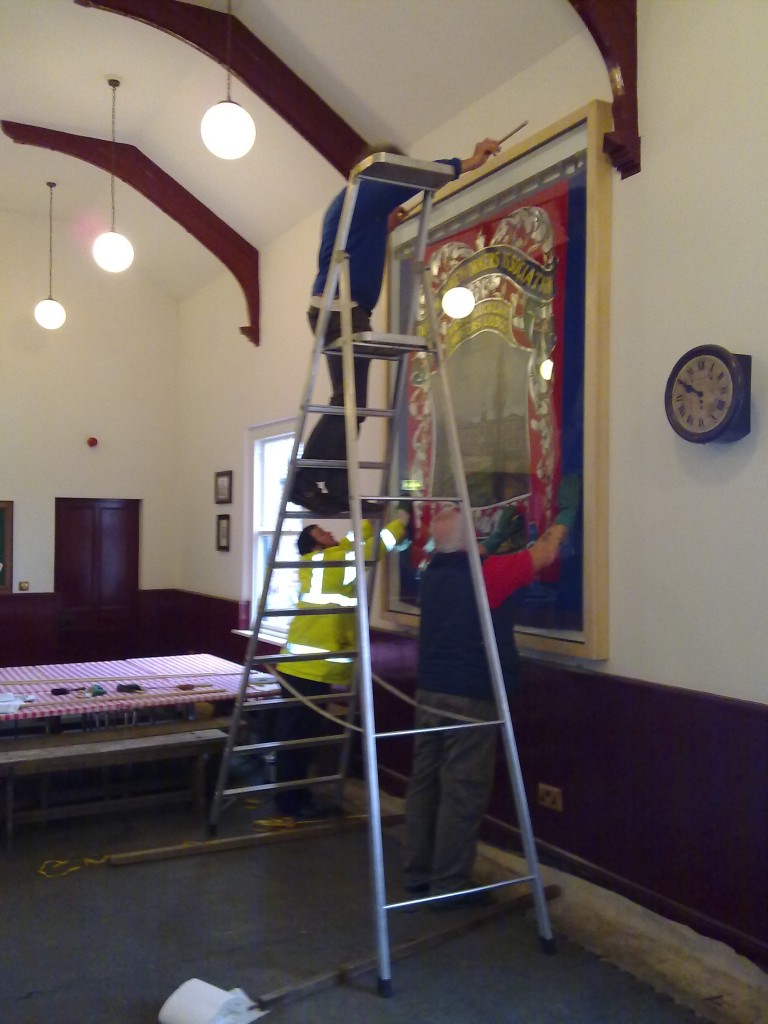 Rupert and the glaziers installing the very heavy glass