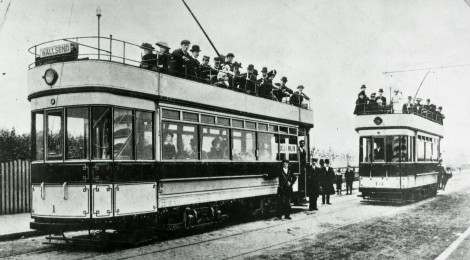 We are often loaned or given negatives or old prints to study, scan and try and add some meat to.  A small box recently borrowed from Beamish Tram Group stalwart Tony Wickens (who has contributed enormously to the Museum’s tramcar drawings records over many years to the extent that we can now draw upon an extensive collection directly relating to our own trams and tramway) contained numerous negatives, on glass, that Andy has managed to scan and produce the very fine images seen below.

The Tyneside Tramway & Tramroad Company is something of a forgotten system in the region, though its route penetrated some of the most densly populated areas of north Tyneside and included (from 1904) running rights over Newcastle Corporations lines into the City centre and vice versa.  Some of the route to Gosforth outlived the conversion of the Company routes to bus operation, becoming a part of the NCT system.  To the east the system met the narrow gauge Tynemouth & District Electric Traction Company, whose trams operated from New Quay to Whitley Bay.  Route mileage was 11 miles, plus 5 miles over NCT track.  Around half of its own mileage was on reserved track (not on streets) from Wallsend up to Gosforth.

George Hearse covered the system in his book on Northumberland’s tramways, and we also have his notes and a rough manuscript that he had prepared for a separate volume on this system.

The tramway operated from the 29th September 1902 until 6th April 1930, when the ravages of heavy use rendered the tramway uneconomic to renew.  From 1913 the mighty Northern General had held a controlling stake in its fate, as a subsidiary of the British Electric Traction Company (BET) – who also ran the Gateshead system. The company continued to operate buses until 1975.

Below:No.16 is seen here at the gates to Gosforth Park.  It was one of a batch supplied by George Milnes & Co in 1902, mounted on a Brill 21E truck.  A concession to driver comfort was the enclosed platform, though all of the trams were open toppers.  The trams would often run in the winter as single deck enclosed cars, the upstairs seats being removable for such a purpose.  There were 29 trams in the fleet altogether, wearing a livery of green and cream. 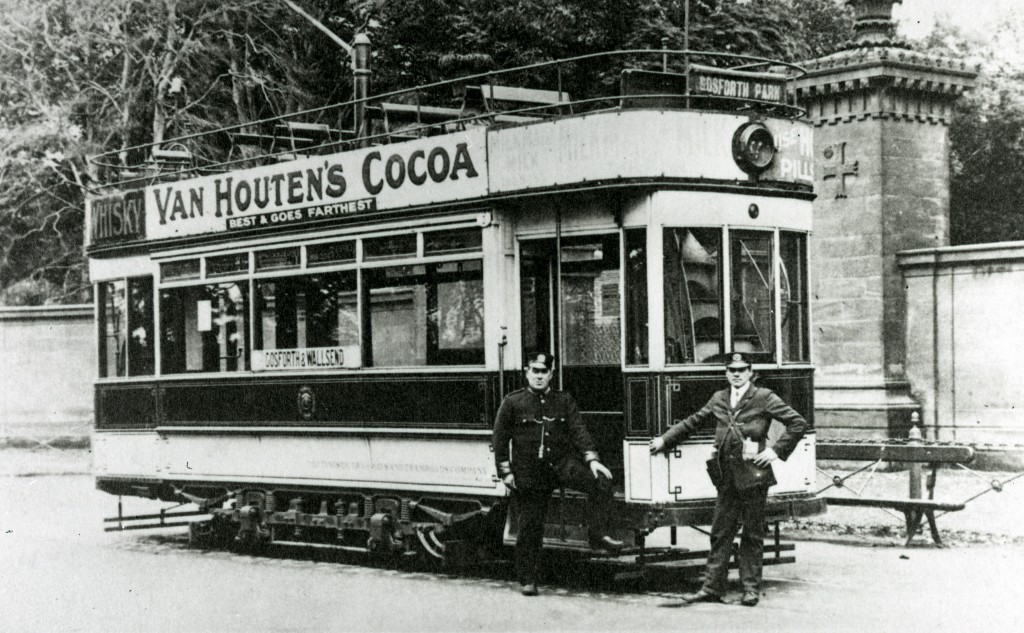 Below: An unidentified member of the Milnes batch of trams numbered 5 – 18.  Only 1 – 18 featured the split colours on the dash panel, with 1 – 4 being bogie cars.  This is probably a photo taken at the opening of the system – note the absence of adverts on the decency panels.  When Oporto 196 was repainted into South Shields livery in 2012, I did give some thought to putting it into the green and cream of the TT&TC – maybe a livery recreation for the future… 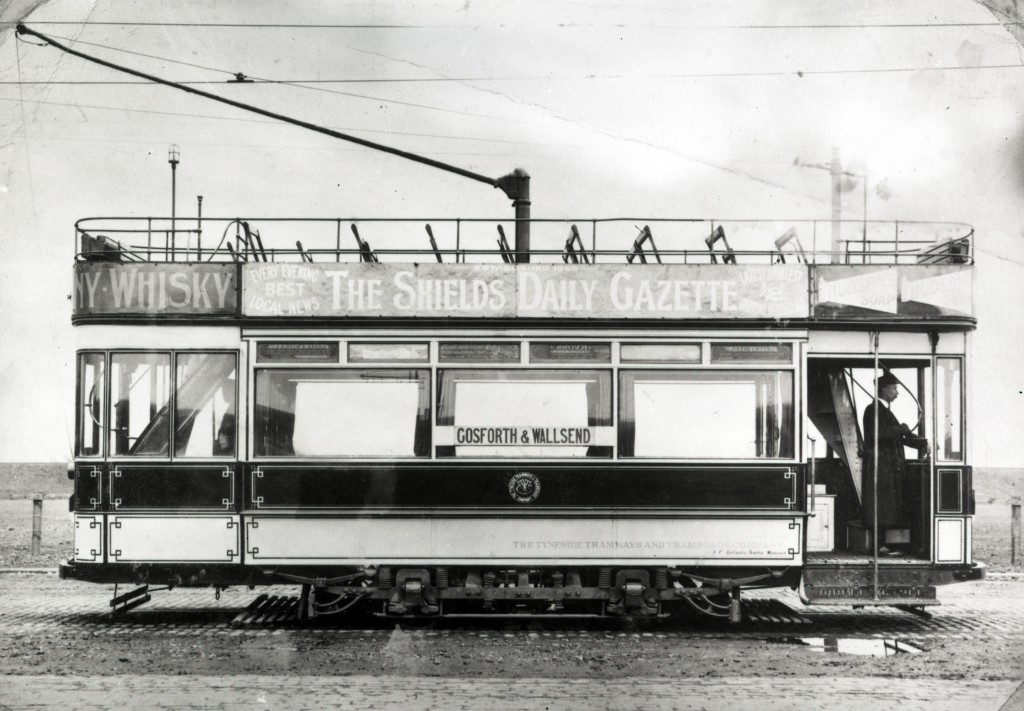 Below: No.1 and No.14 stand on Howden Road, North Shields.  The crew do not yet have their uniform so this would appear to be taken right at the inception of the system.  No.1 was a bogie car, supplied by Milnes and running on Brill 27-G bogies.  No.14 was part of the same batch as No.16 seen earlier.  No.1 was exhibited at the 1902 Tramway Exhibition in London and so can be presumed to have been finished to a very high standard! No adverts were carried at this time.  Note also the unusual location of the headlight – not on teh dash panel as was more usual, but above in the decency panel. 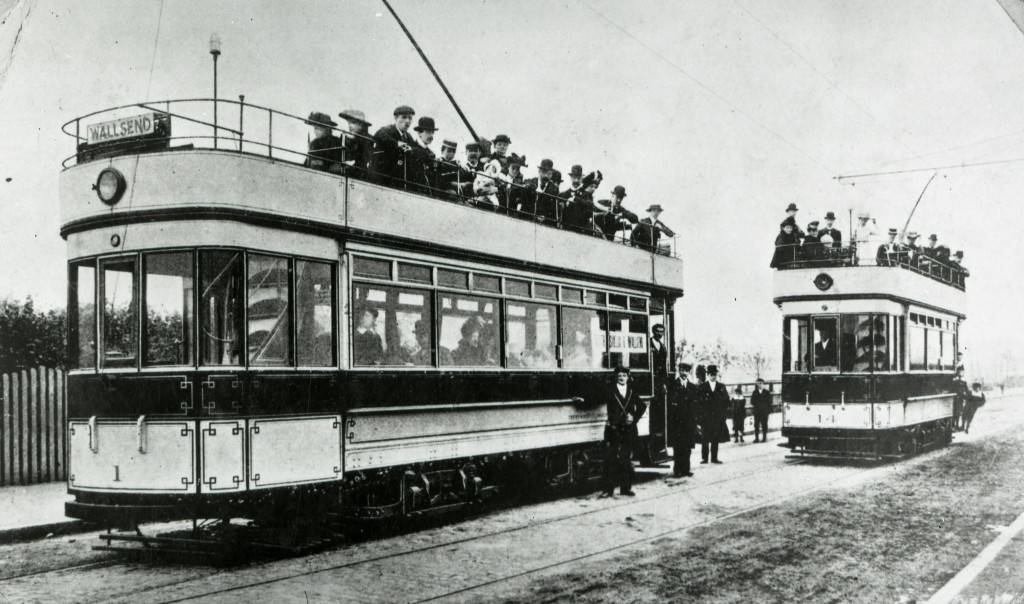 Below: One of the Brush Electrical Engineering batch (numbers 23 and 24) is seen here.  Supplied in 1903, again on Brill trucks, these two trams had higher floors and lower slung platforms to compensate this.  Note the platform doors – not a common feature on trams at this time. 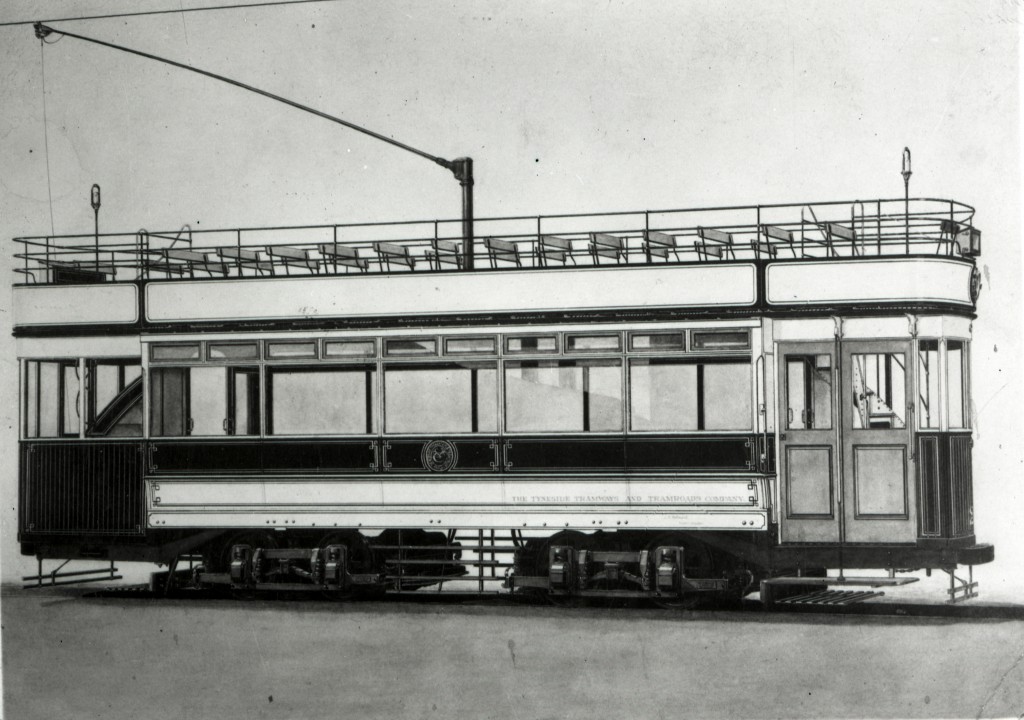 It is hoped that in time a book on the system might be produced, using the research and photographic collection obtained from George Hearse and now at Beamish.  An active study of this research is underway.  Meanwhile, these images give a taster of what might yet be to come…

As ever I am always on the look out for images to enhance our collection with, particularly those showing transport objects now at Beamish.  A small band of followers help me keep an eye on e-bay, but I am always pleased of any tip offs – there will be a post in due course showing some of the recent fruits of this work.

← News from the Colliery
Gateshead trams and Beamish Museum *Updated*… →