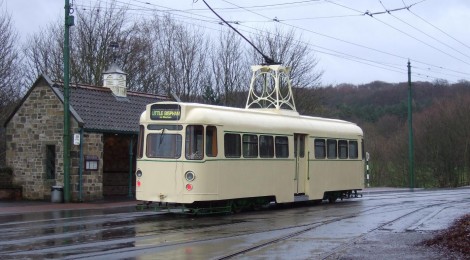 On Friday No.280 made its first movements under its own power at Beamish, during the commissioning process currently underway to get this car into service as soon as possible.  This afternoon a second session of testing took place, largely successful but revealing one or two items that require attention before the tram is placed into the operating pool for driver familiarisation to commence.

Below: I missed the excitement as I was meeting-bound all afternoon, but Peter Barlow took some photographs to record the occasion as 280 continued its test programme around the Museum’s 1.5 mile circuit.  This included the roll-back and starting tests on the 1:16 gradient of Pockerley Bank, which were passed without problem.  A certain amount of further work is required, including completion of the green lining and addition of numbers.  Some seats require repair and there are some modifications to make to one of the sanders.  However, all being well the tram should enter service very soon.  The green lining applied already brightens up the livery and the tram looks quite smart, especially on a grey and overcast day. 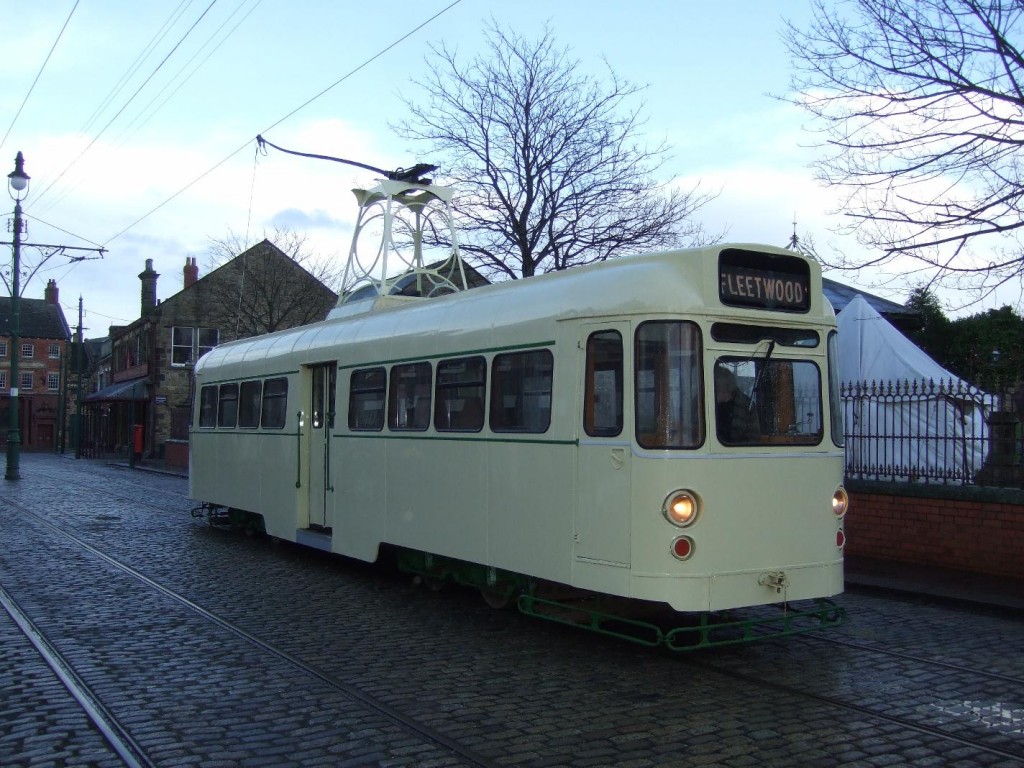 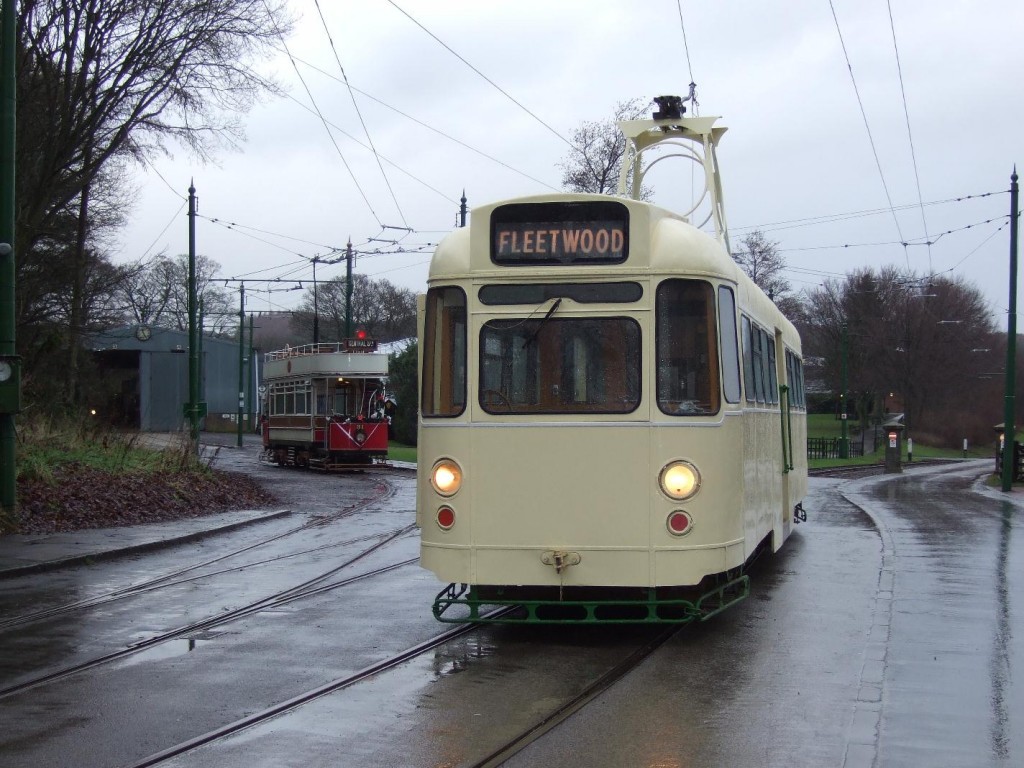 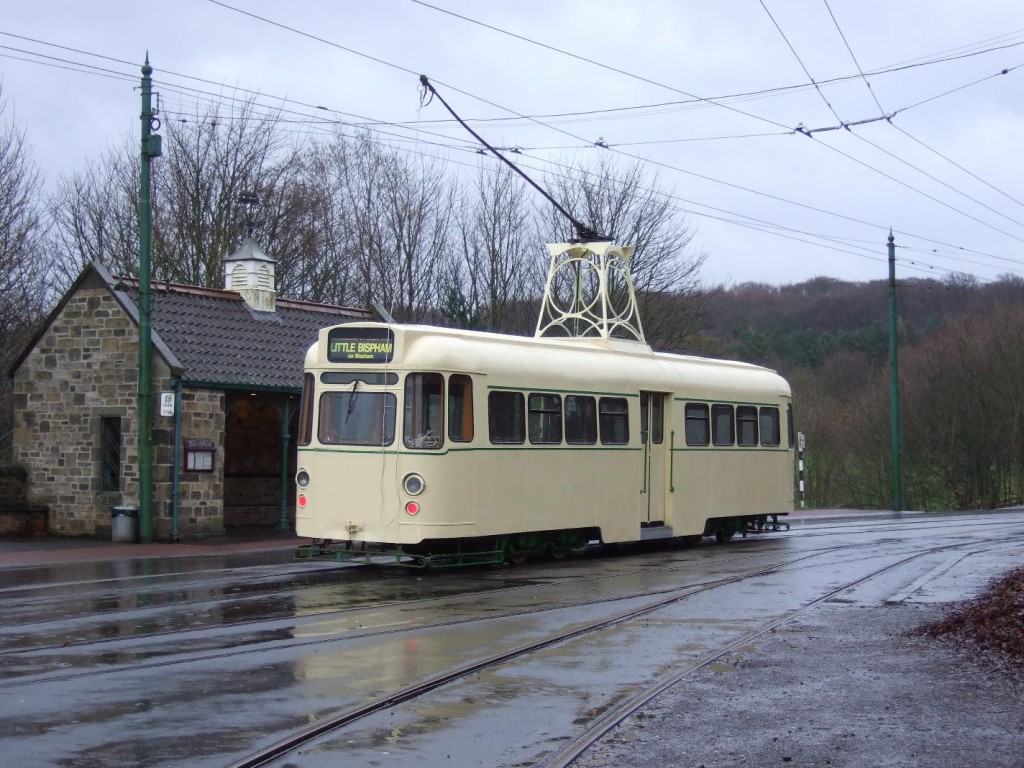 Below: Peter carried out a mini-restoration job on one of 280’s bells.  In his own words:

The platform bell was found to have an open circuit coil caused by spot corrosion of the winding.  I unravelled a couple of layers to find the break, prepared the ends, made a joint (seen sporting a green rubber sleeve in the pics) and re-wound the layers by hand.  You can see the striker in one pic which is a roll pin, that in turn causes the hammering of the bell dome to a degree where the pin has broken through the aluminium of the dome in several places! 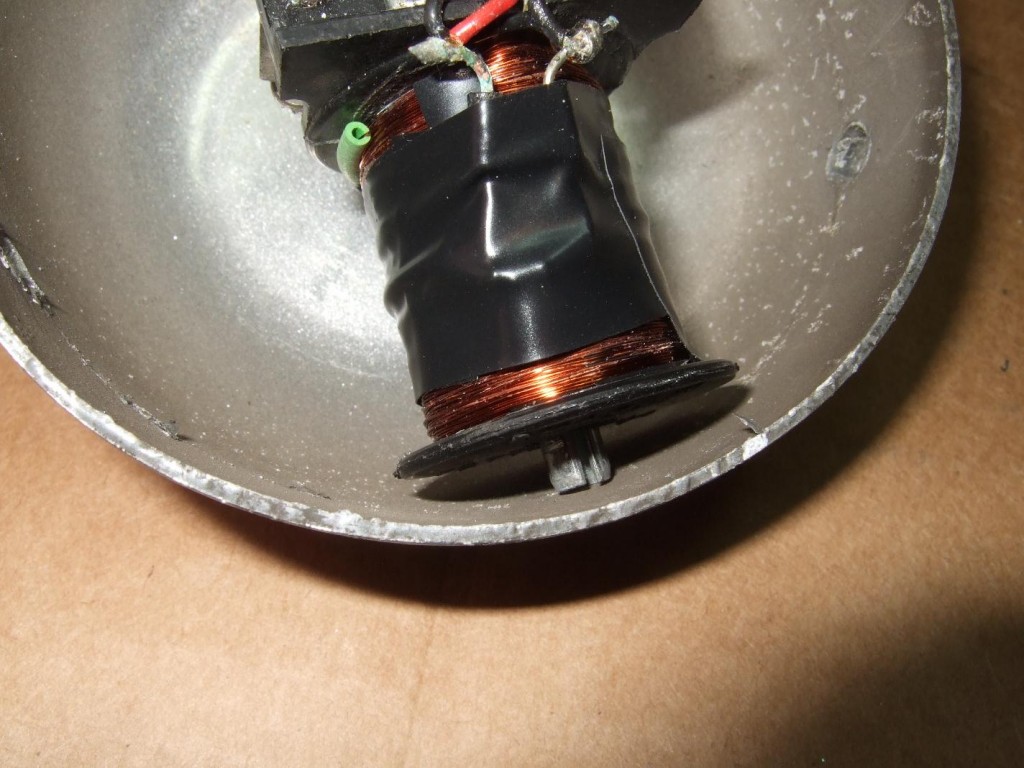 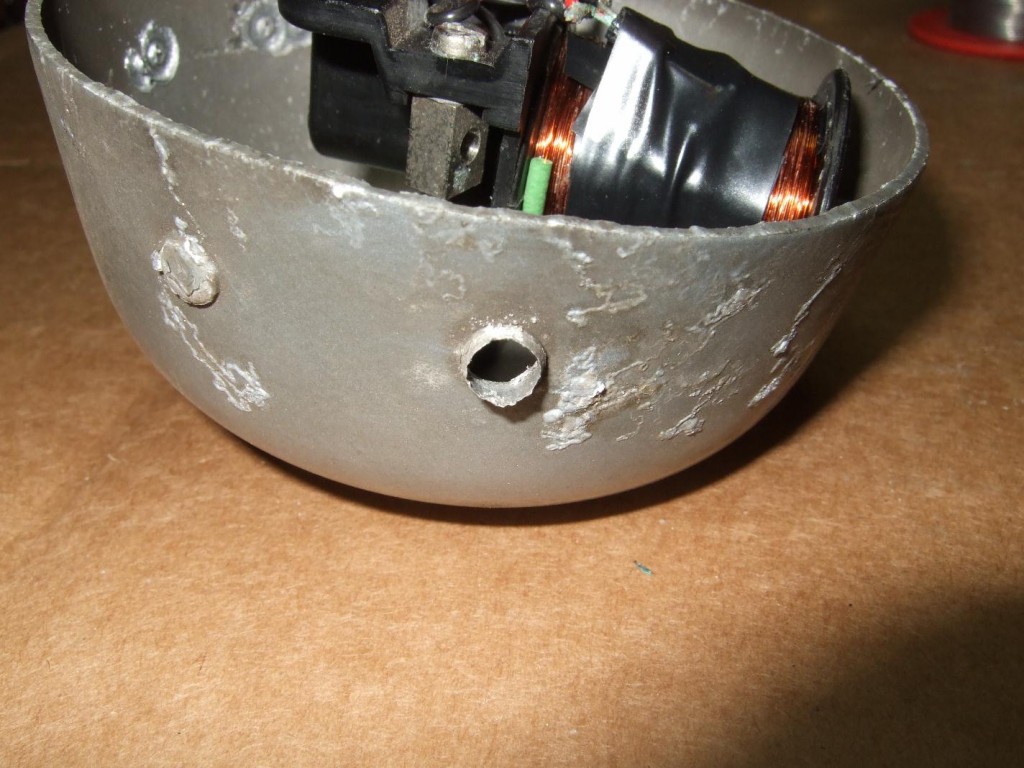 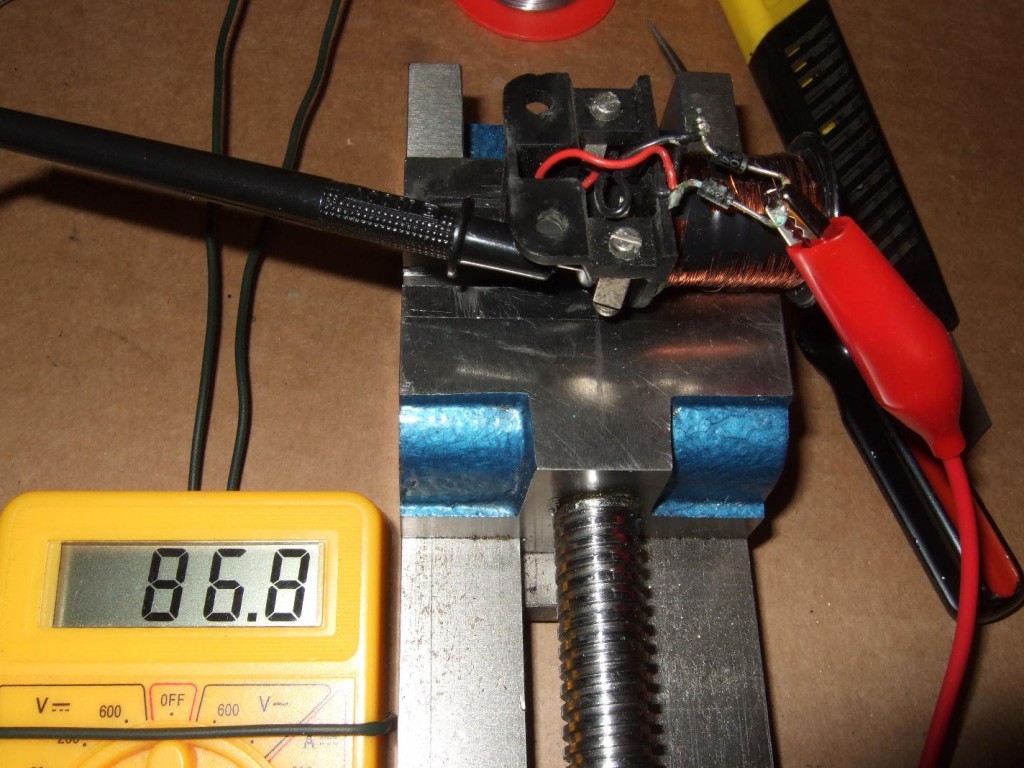