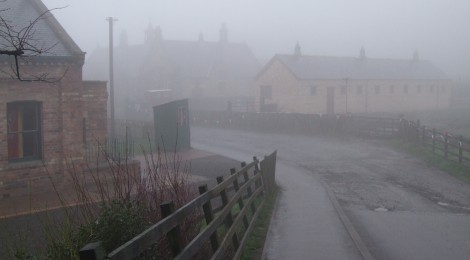 Although the museum site has been covered in mist for the past few days our Old King Coal celebrations and the opening of the Pony Stables continued unabated.

The whole Old King Coal weekend celebrated the mining heritage of the area. Working alongside community banner groups we welcomed miners banners from across the Durham Coal Field. To mark the opening of the Stables in style a parade of banners made its way from the Town to the Pit Village, accompanied by the Houghton and Murton Colliery Bands. 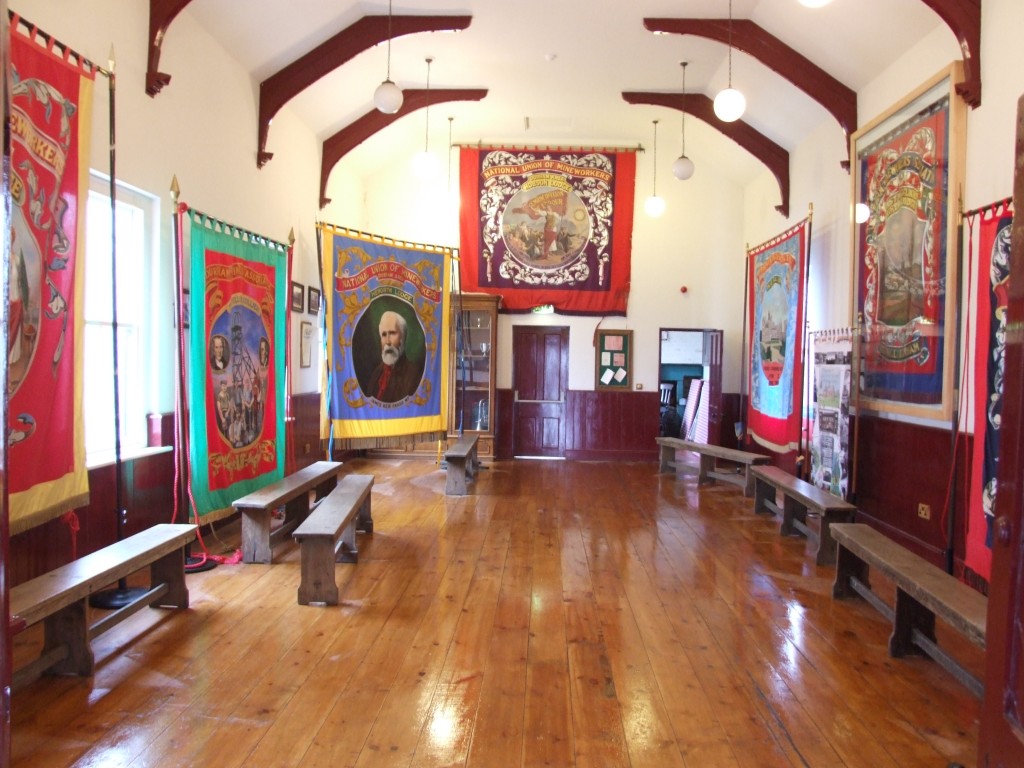 Banners waiting in Hetton Band Hall for the parade

To perform the opening ceremony we welcomed back three former members of the Beamish Drift Mine team. Martin, Billy and Tommy all worked with Pip, Durham’s last Pit Pony, who spent his retirement at Beamish. 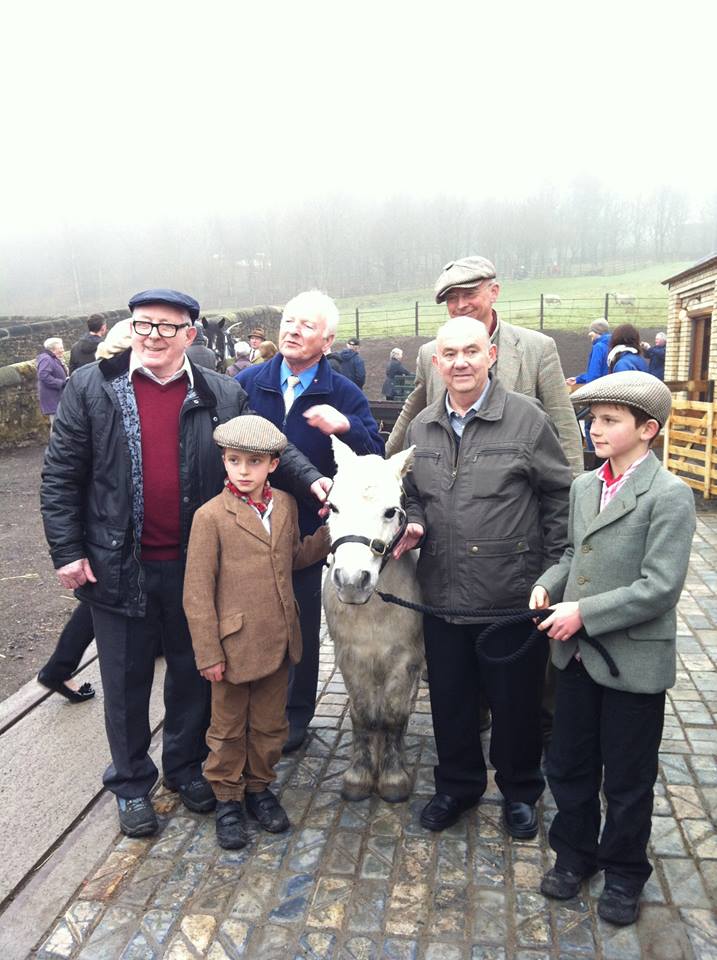 Billy Martin and Tommy and one of our current ponies Wheezer

The first pony to take up residence in the Stables was Flash, Beamish’s longest serving pony. 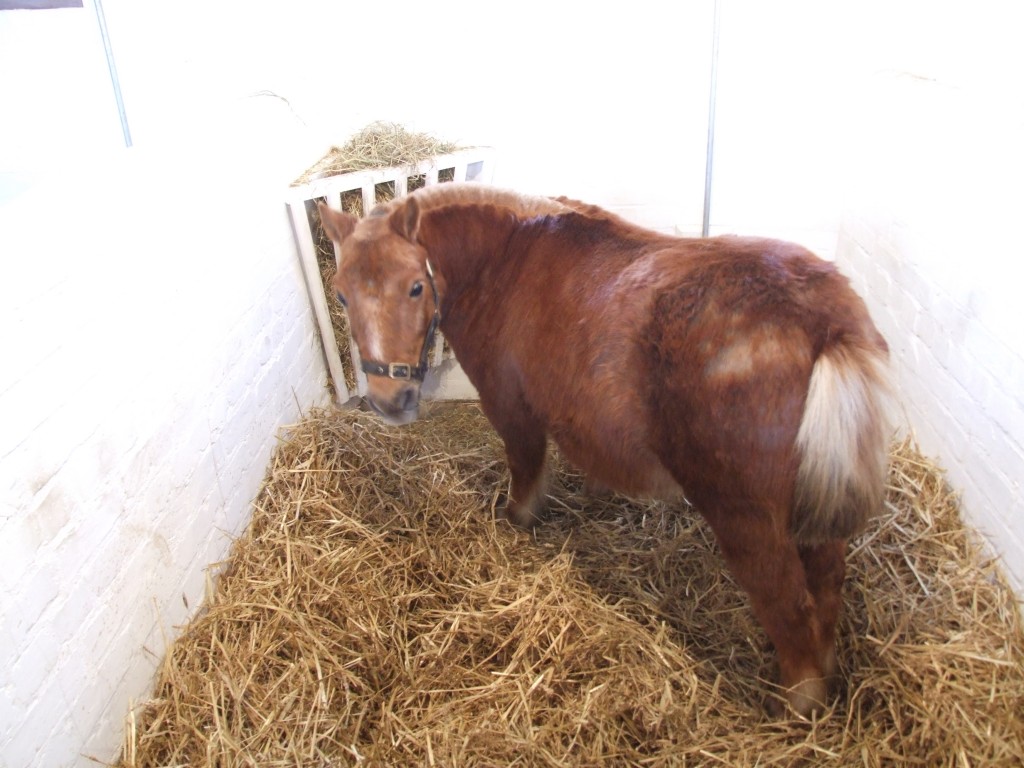 Flash checking out his hay supply. 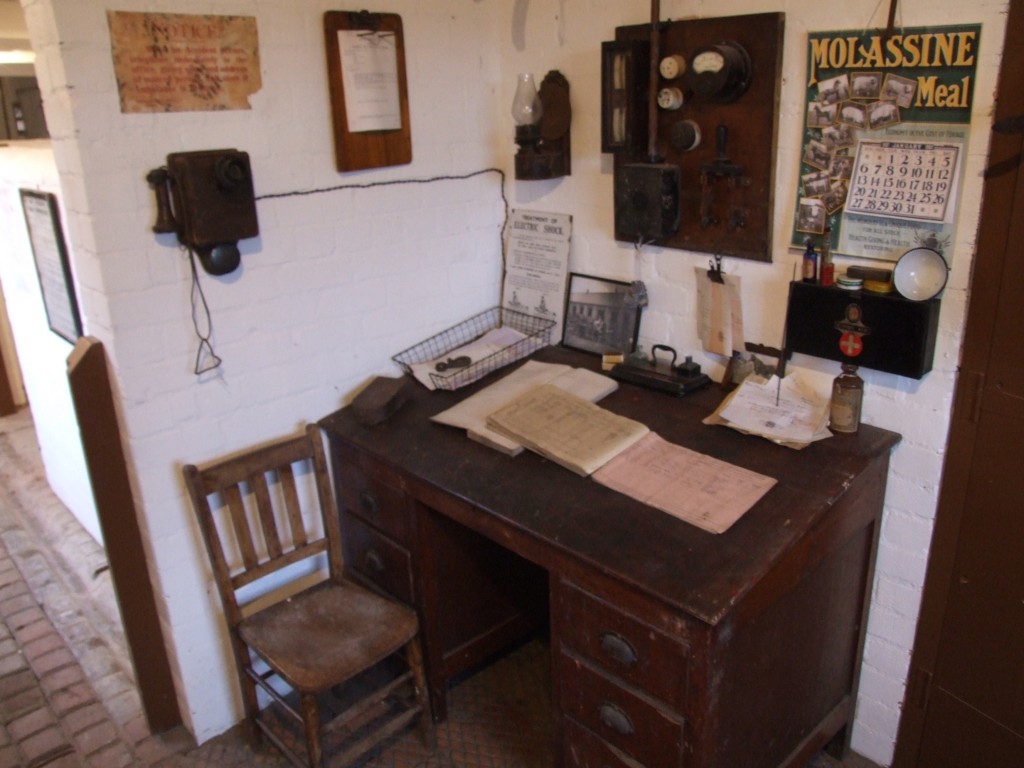 All ready for opening. 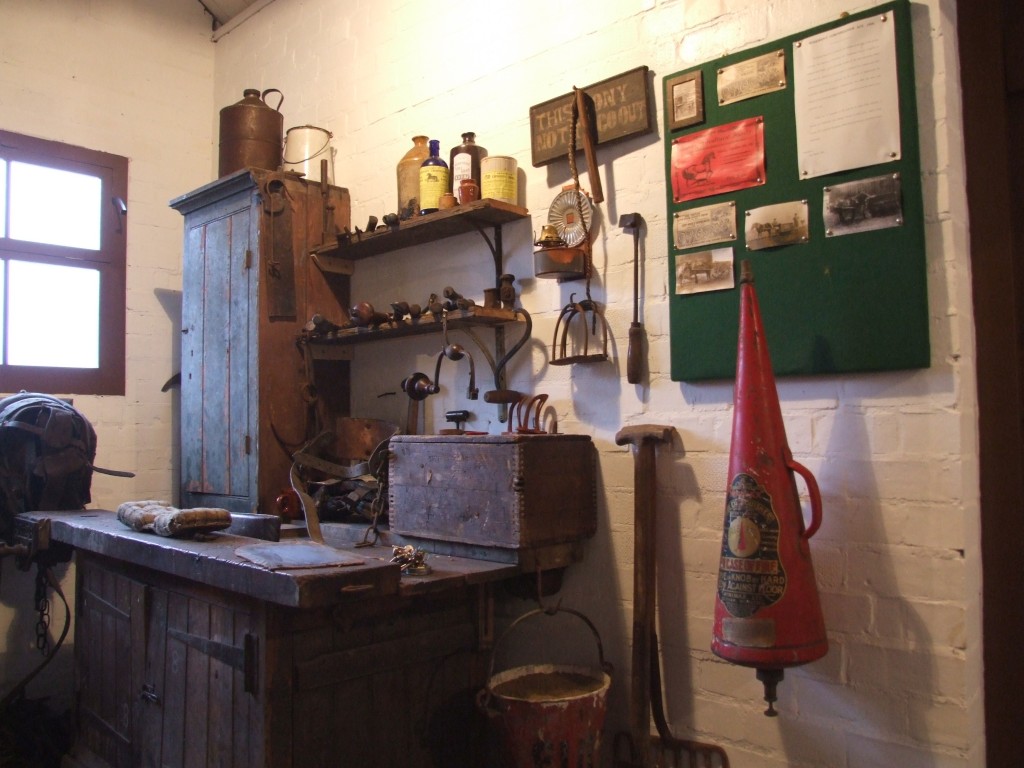 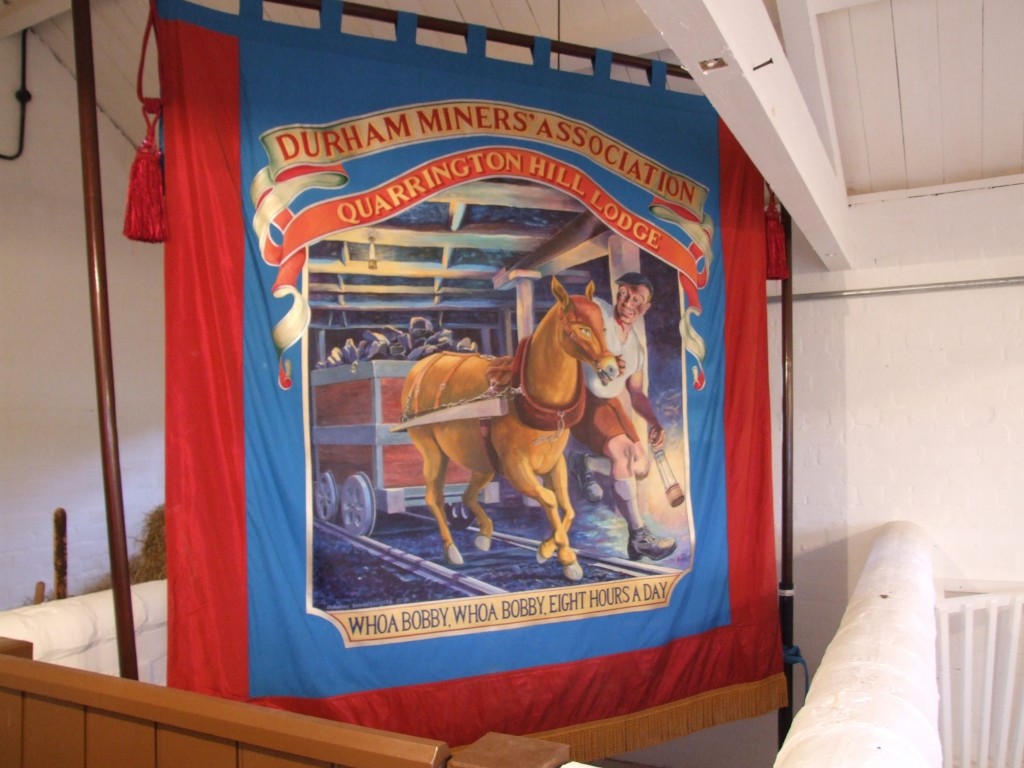 One of the Banner Groups we welcomed over the weekend was Quarrington Hill. We were especially pleased to see their banner as it is the only known Durham banner to depict a Pit Pony. The Banner is also one of the newest in the region, having been unveiled and blessed at last years Durham Gala. Made by Durham Banner Makers, it was recreated from a description, as there were no known photographs of the original. 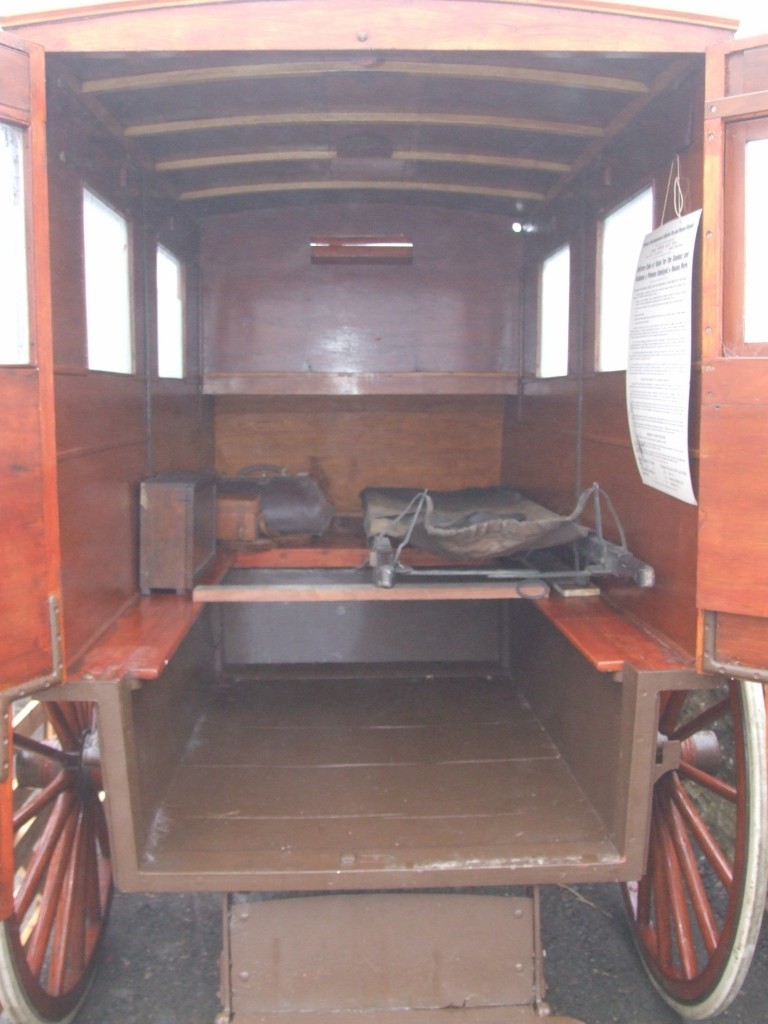 Also making an outing for the opening was the Browney Colliery, horse drawn Ambulance

More photographs of the banner parade will follow soon.

← The Transport Festival Build up continues…
Great North Festival of Transport – 2 events down, 1 to go… →