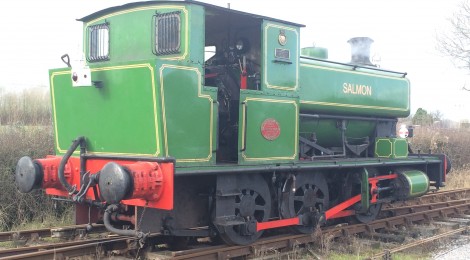 Lots to report today – with the big event and start of the season bearing down upon us a great deal of work is being carried out in almost every area of the department. As might be imagined, each piece of news entails a lot of behind-the-scenes work, and there is always plenty of this in-hand to ensure we continue to operate a diverse range of exhibits and develop new ones that we hope the visitors will appreciate and enjoy.  Rowley Station has enjoyed some attention this week – as will be seen below.  The signalbox, long since settled and with resulting cracks in the walls, is being tied and re-pointed, which should add to the period appearance as well as enabling us to reopen it for visitors to access the interior.

Below: Sometimes opportunities come along that you can’t resist!  James West, who is involved in the Royal Deeside Railway, dropped by to say they had an engine heading north to operate on their railway, but would we like it to call in at Beamish on the way – very timely I thought!  The Y7 is laid up at the moment pending tyre turning and then a return to Weybourne, its hire period having run its course.  This is Salmon, an 0-6-0ST built by Andrew Barclay in 1942 (Works No.2139) for Stanton Ironworks’ Harlazton Ironstone Quarries.  This was a hard working environment, whence the substantial buffers on what is already a robust locomotive design.  It was initially preserved on the North Yorkshire Moors Railway, later moving to Rocks by Rail (then the Rutland Railway Museum) and latterly the Swindon & Cricklade Railway, where it has been restored to steam.  It will now operate for the rest of its boiler ticket at the Royal Deeside Railway south west of Aberdeen in Scotland.  It is due to arrive with us on the 1st April, whereupon a Fitness to Run exam will be carried out in time for it to commence operation at Rowley for the ‘Edwardians at Play’ event on the 3rd April.  It will remain with us until Easter, after which it will head north, being replaced at Rowley by ‘Vulcan’ which will move across from the Colliery where it is due to be operating during the festival.  Vulcan will stay until the early summer, by which time we are anticipating a new and very relevant hire locomotive to arrive to provide motive power for the next few years.  Dunrobin is not forgotten, and is still targeted for a 2015 completion – the 150th anniversary of the Highland Railway over which it operated and the 120th anniversary of its own construction.  Busy times ahead! 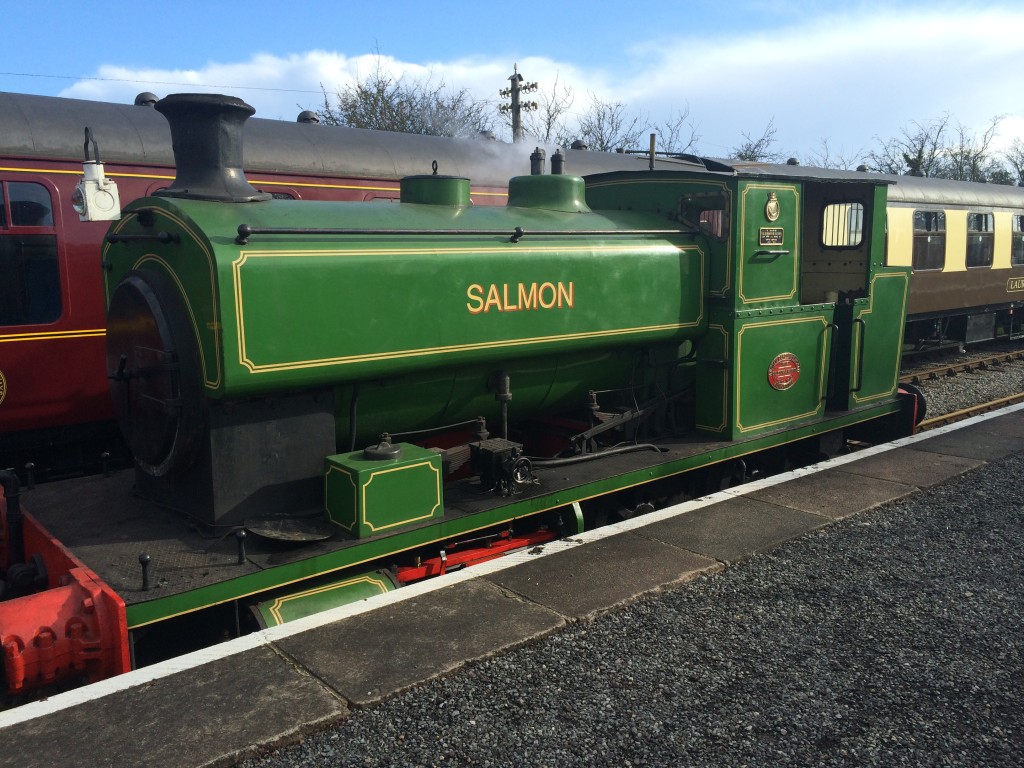 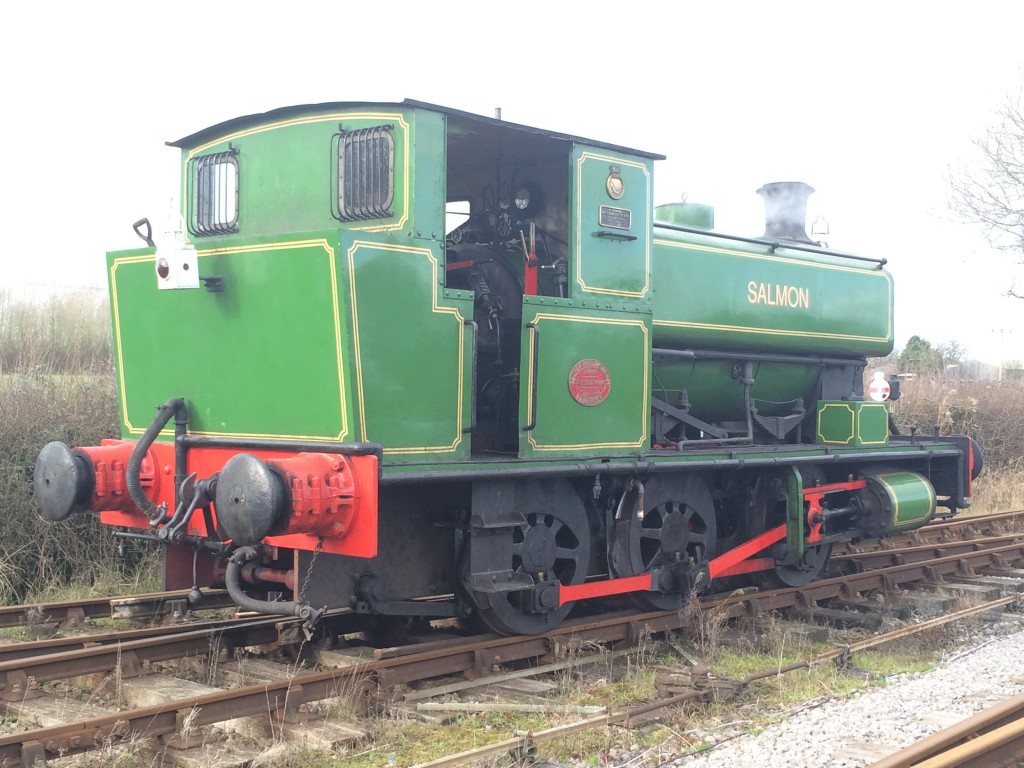 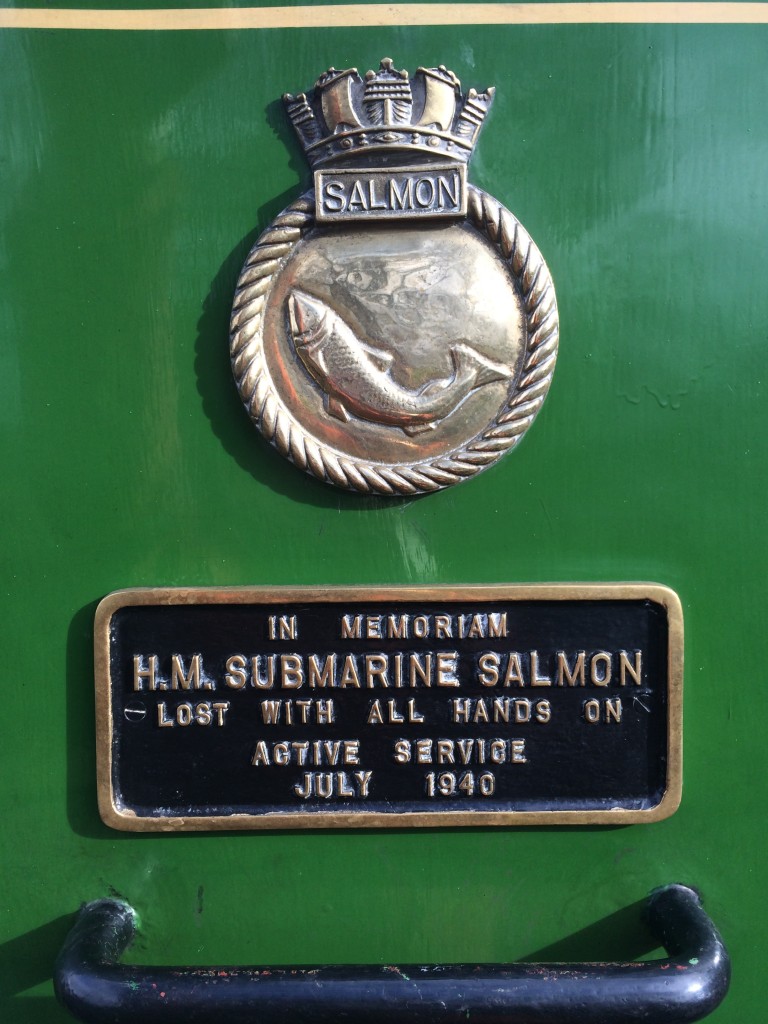 Below: In a break from Samson, David Young has been assisting David Grindley (the Steam Technician) with Coffee Pot.  I had noted its big ends were knocking when I last had a turn on it and so we booked these as well as some other jobs for winter attention.  Dave has hand filed the bearings to reduce the internal clearance and then re-set them with shims.  Here is one of the bearings during the filing operation. 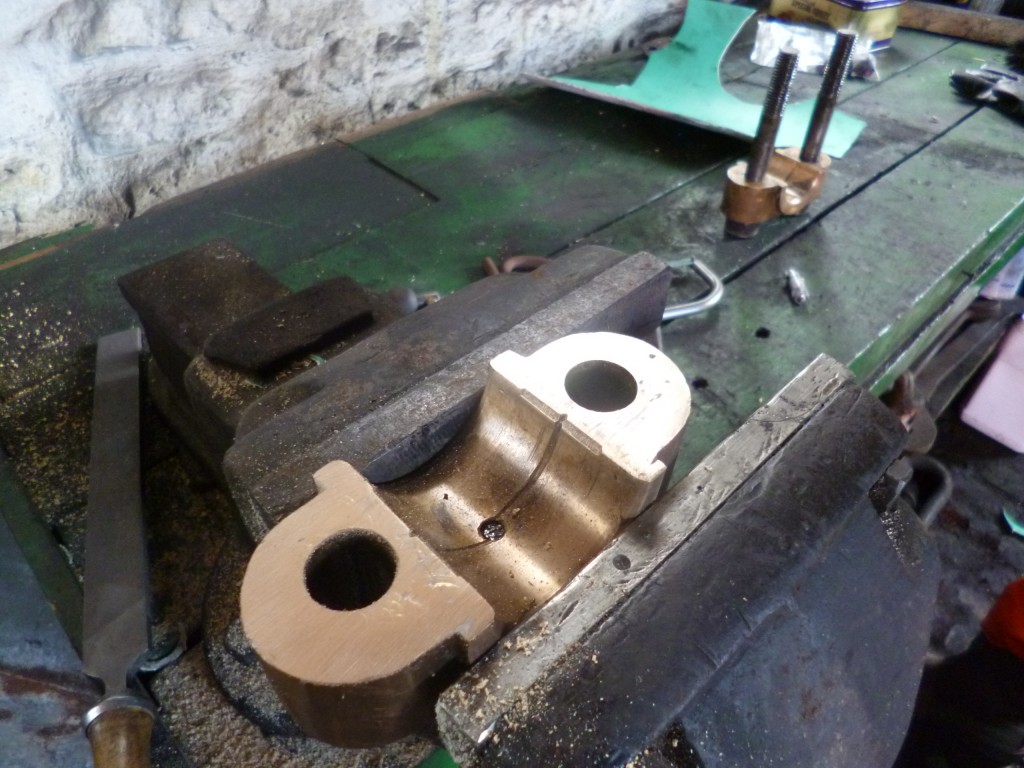 Below: Dave uses an internal micrometer to check the clearance during the process of reducing the clearance back to acceptable tolerances. 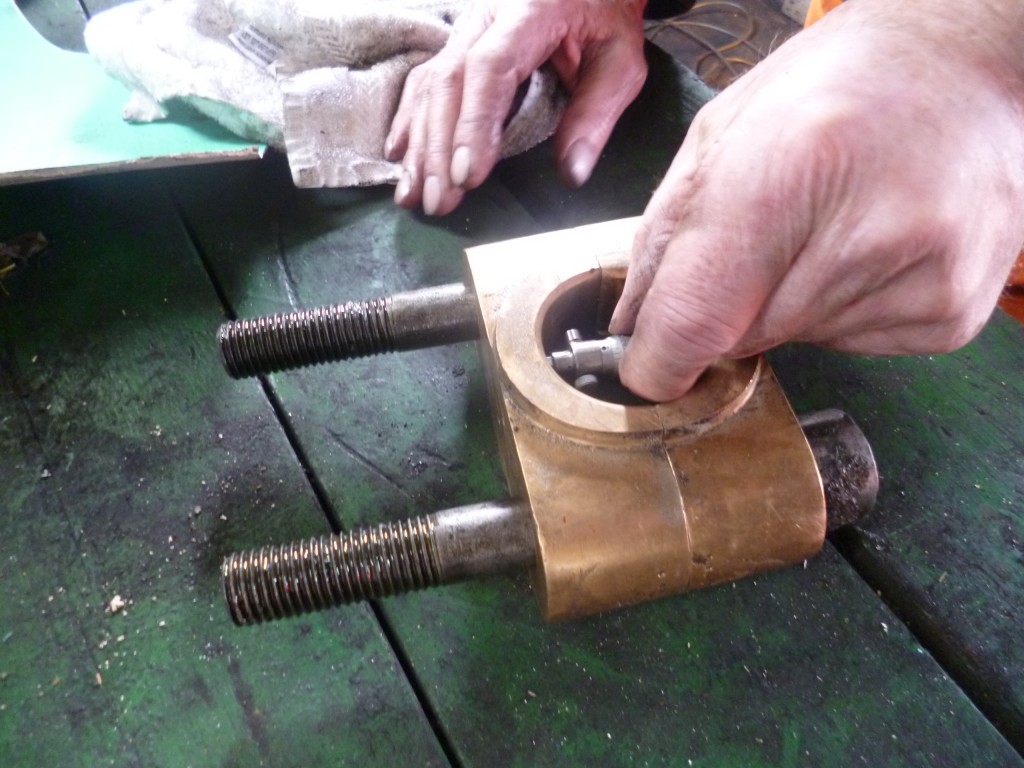 Below: Dave at work, reducing the clearance between bearing brasses (on one of each pair only), with repeated checking and measuring along the way.  They are now reassembled and will be tested once the boiler steam test is carried out in coming weeks.  I also hope to re-varnish the engine to smarten it up and one handrail needs repairing too.  The engine will be four years into its new working life this Easter – where does the time go as it doesn’t seem that long since I was reporting its arrival on the previous version of this blog (largely transferred to this one).  How time flies! 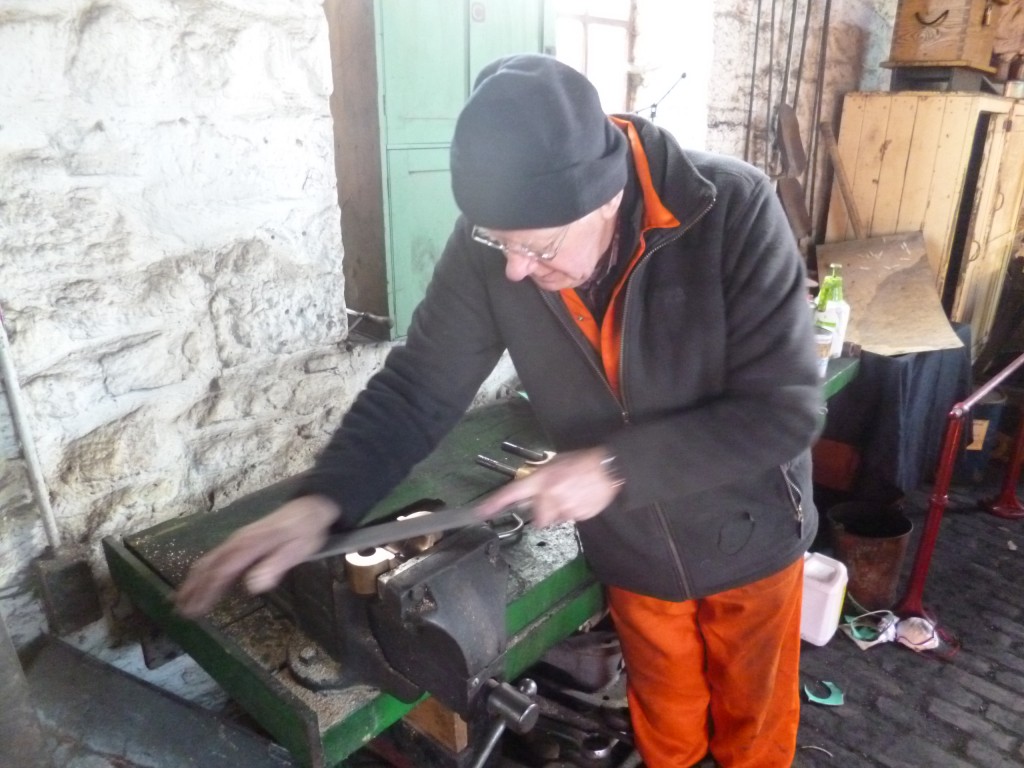 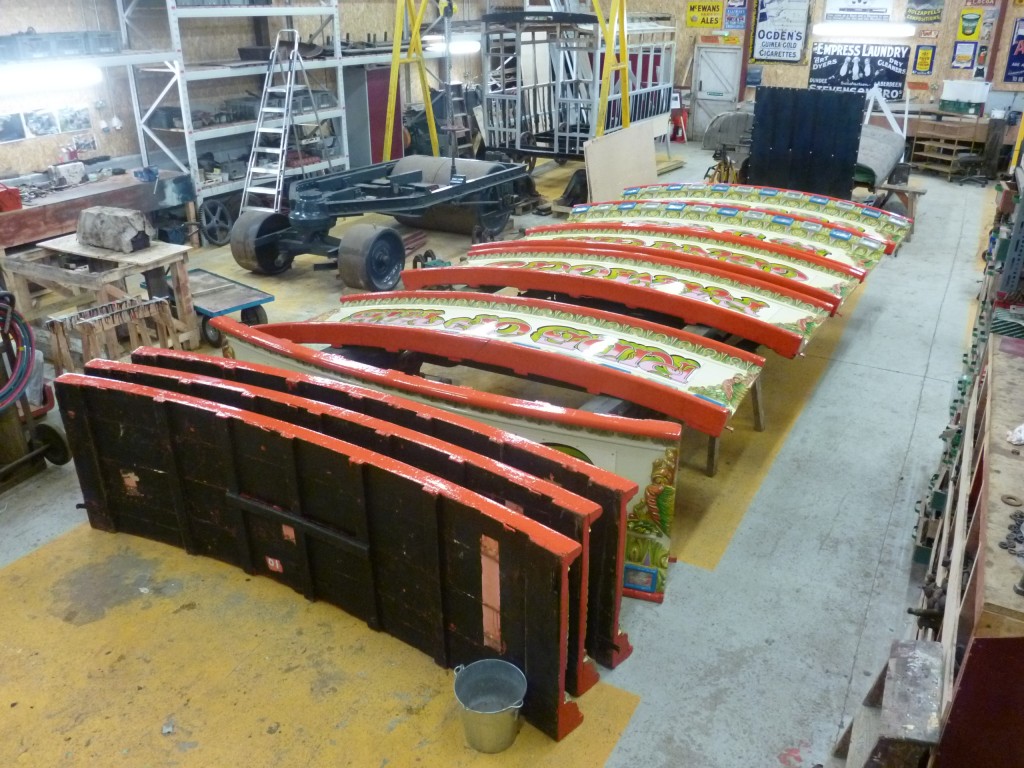 Below: With the gallopers decks and rounding boards completed, the RHEC is working on numerous other pre-season start-up jobs, including attention to the Fairground kiosk (seen here with Matt attending to the paintwork), lots of A frame notices, the Entrance toilets (all Shaun’s own work!) and an assortment of benches from around the site.  David has been putting the boilers and pressure systems through their annual inspections and we will shortly take delivery of both Vulcan and Salmon (see above) for the Rowley/Colliery/Rowley operations over coming months. 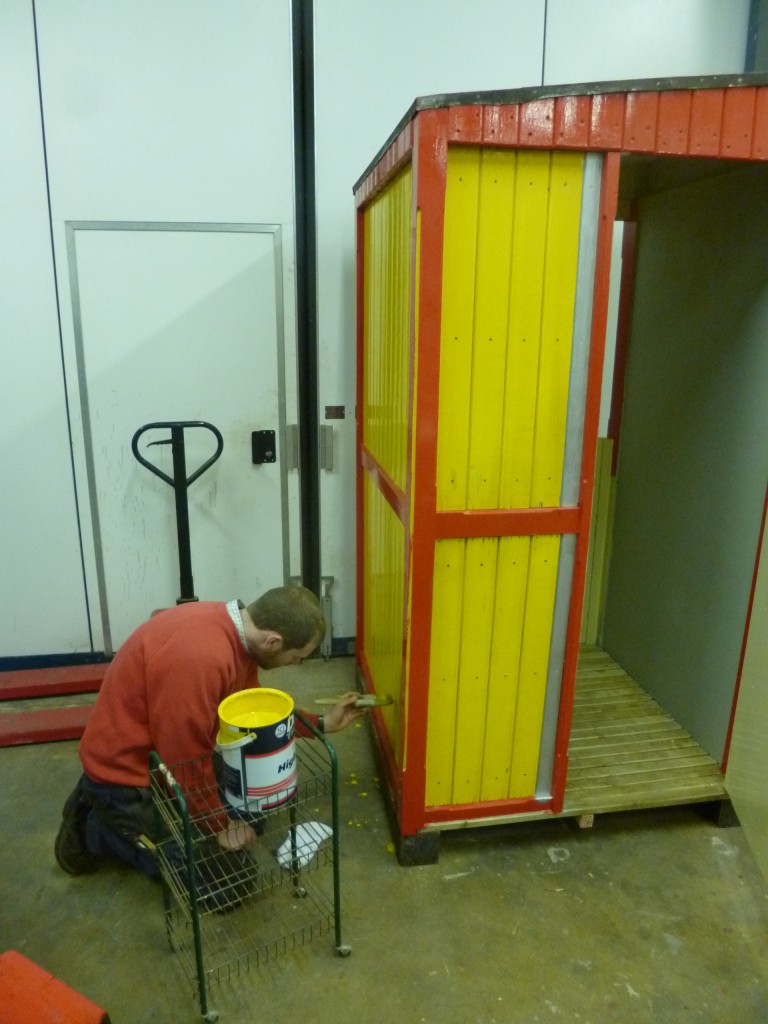 Below: Blackpool 31 has been rubbed down and revarnished – seen here before the new varnish was applied.  As might be expected it now looks stunning and should venture outside shortly for formal photographs to be taken. 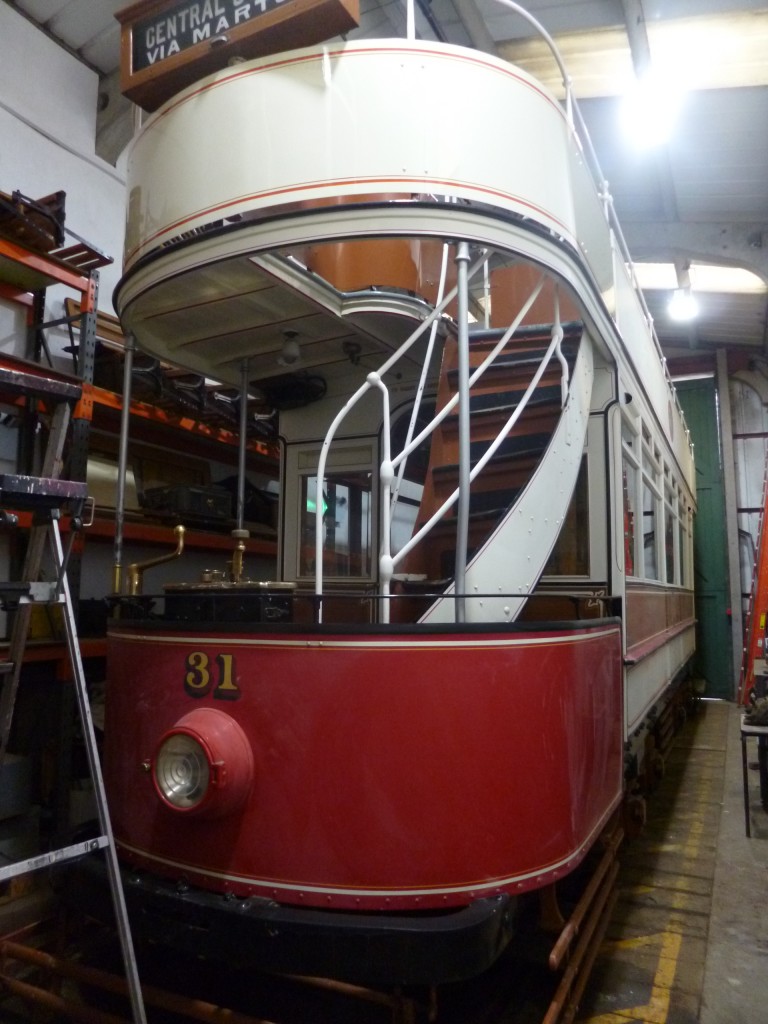 Below: Sunderland 16’s wheelsets have been received back from Blackpool Transport, complete with new tyres and refurbished journals.  We await the motors, meanwhile the truck is being painted and the springs removed for testing against their original calibration certificates. 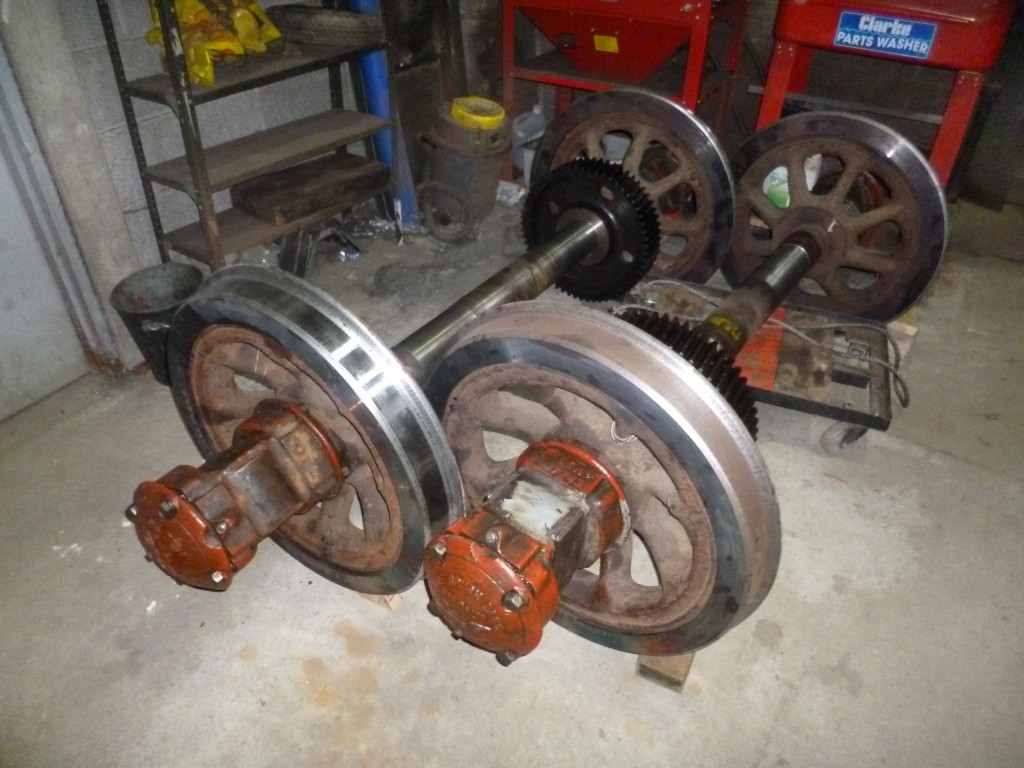 Below: Blog readers are often very kind and comment on how much we seem to be doing in the Transport & Industry department at Beamish.  It is certainly busy but rest assured, like everyone else, there is also a lot that remains to be done!  One job that has waited on me sorting out a time and date (it has taken months, in between everything else) has been the final preparation and lifting of the new water tower tank at Rowley Station.  This has now been accomplished, with Dowse Cranes providing the lift to place the tank atop the very substantial columns.  They are probably rather over the top, but better safe than sorry and the structural engineer who interpreted the original sketches I did reckons they will be well up to the job.  We now need to make some pipework and a central water tower for the outlets (between the tracks) as well as fill in the coal platform, add railings and chains plus furnish the whole thing with some appropriate signs.  At least it already looks quite weathered!  Here is a sequence showing the lift, from ground to to tower top. 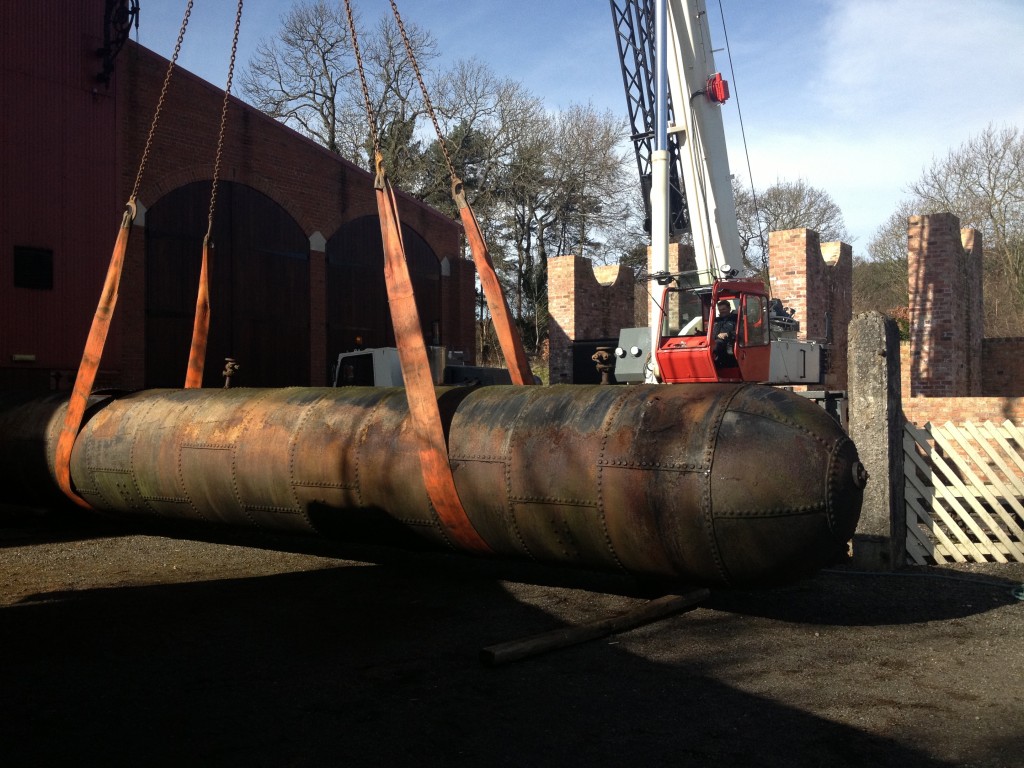 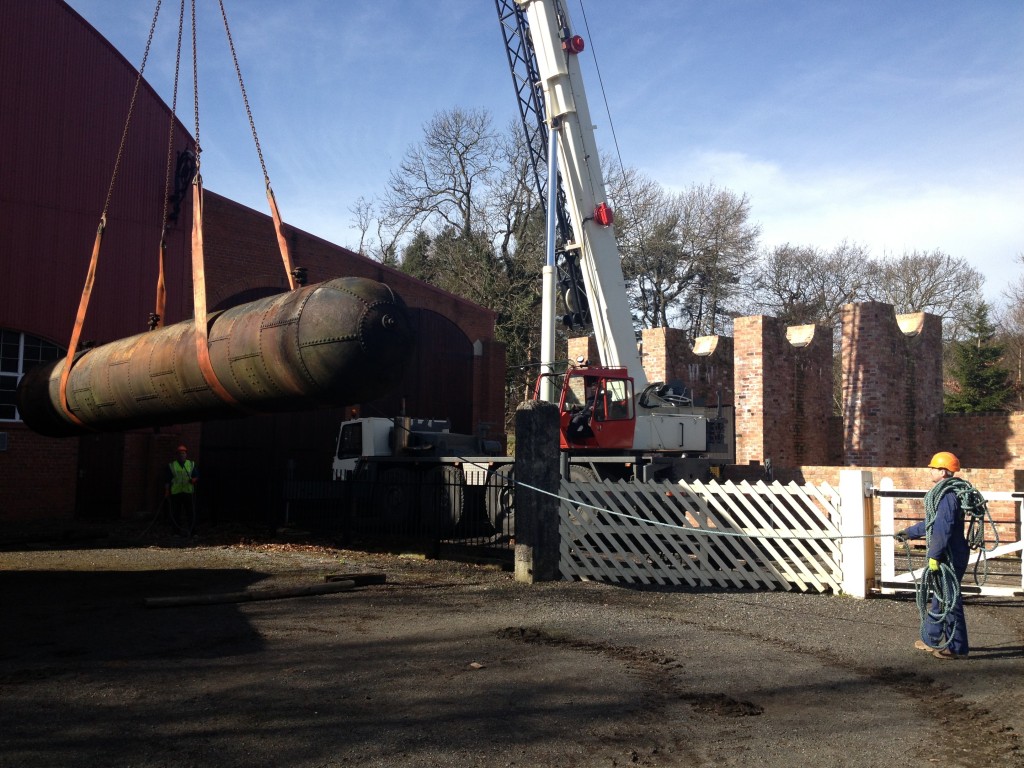 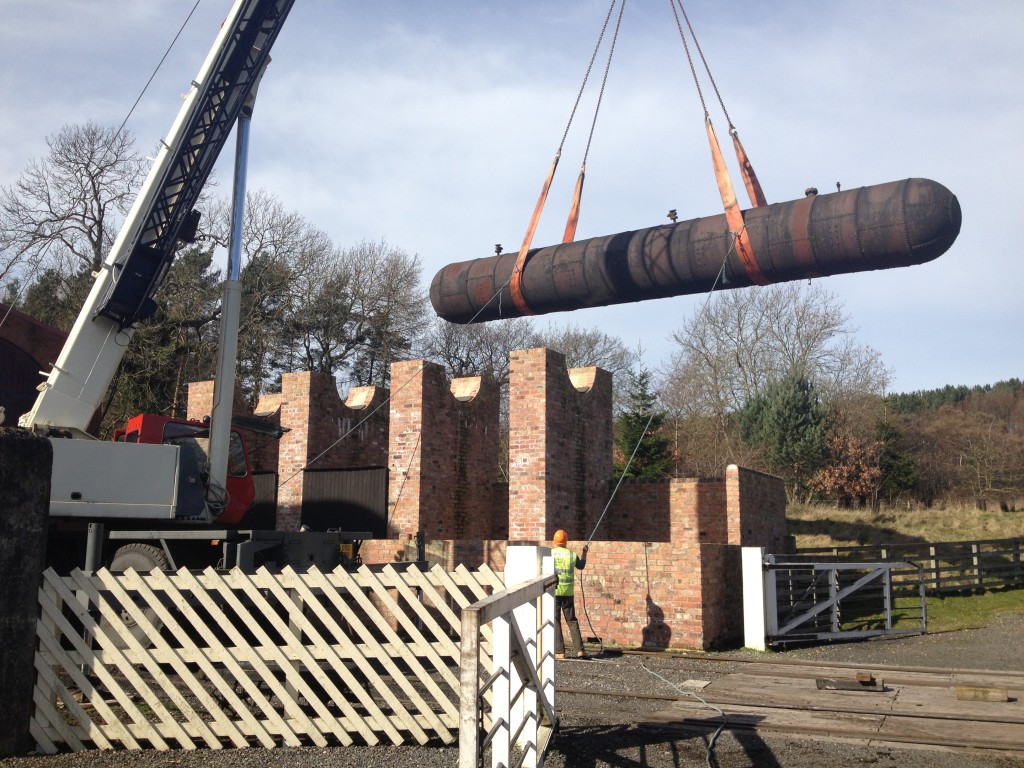 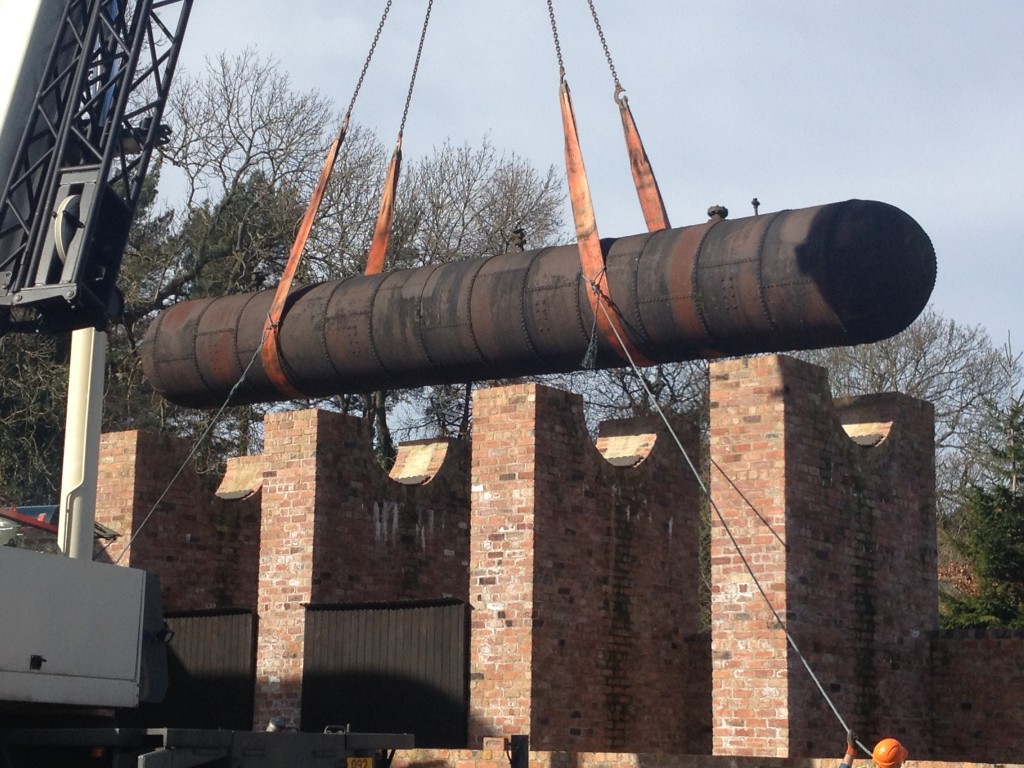 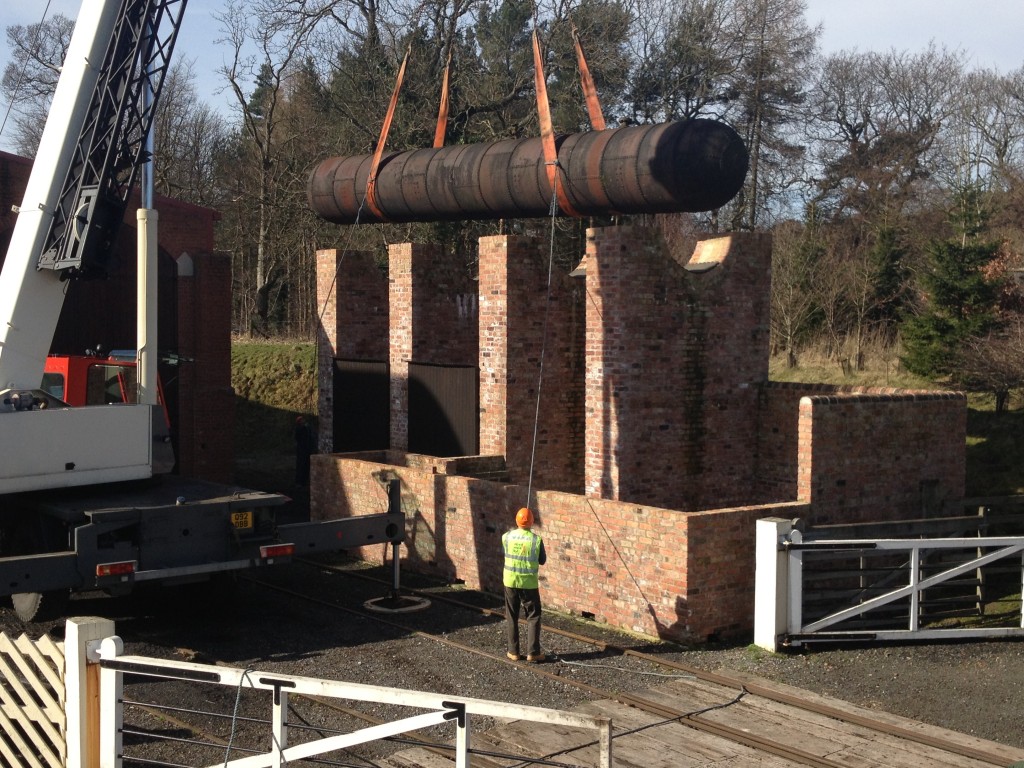 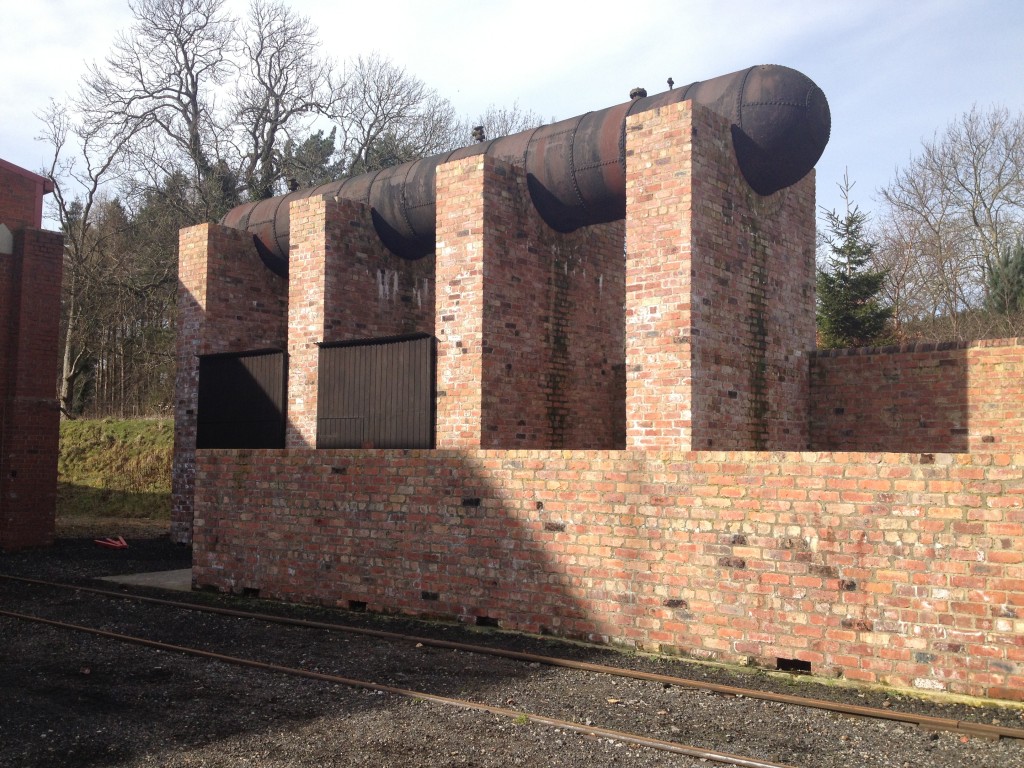