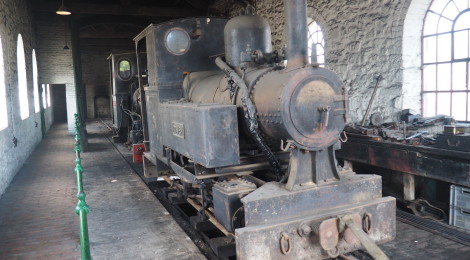 Below: We start with a short film showing our efforts on Samson’s boiler last week and illustrating much of what was described in the last post, but with added visual and sound effects!

Below: At 8am this morning Coffee Pot No.1 was lit up in order to shunt the standard gauge stock out of the Colliery Engine Works.  Once clear, they were replaced by our JCB, which arrived to move some machine tools. 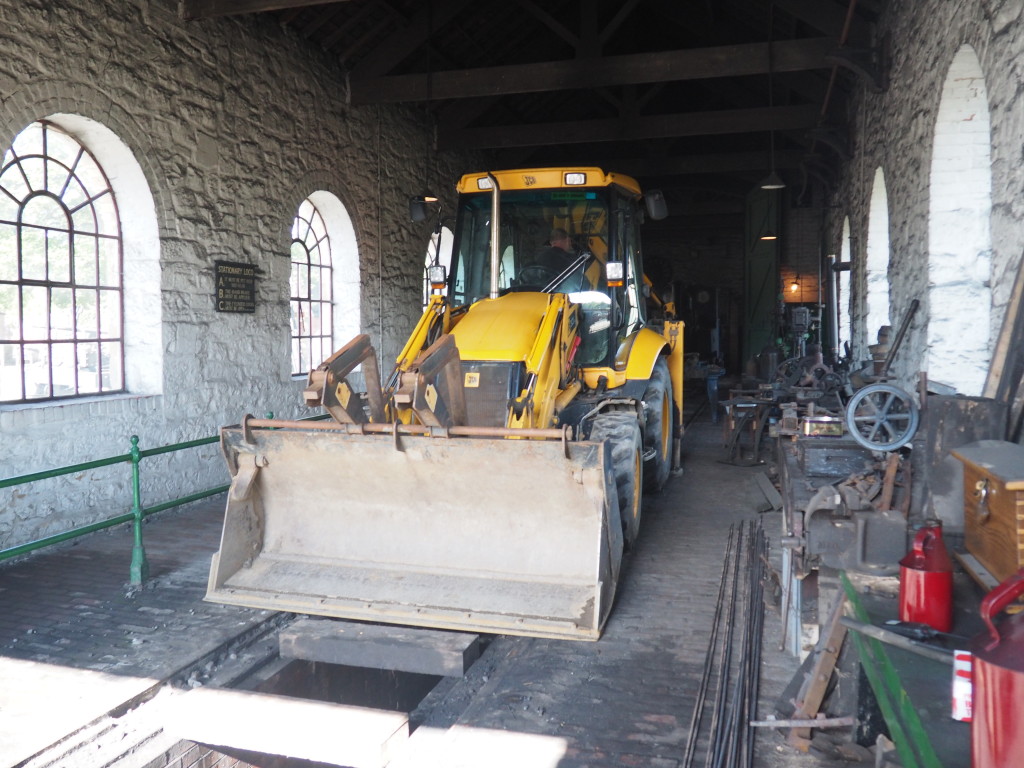 Below: With the shed clear, visitors were able to see the reason for this activity – the extraction of the two repatriated ex DCWB (Durham County Water Board)/Penrhyn narrow gauge locomotives Ogwen and Glyder.  These have been with us for over three years now, and have proved to be very popular exhibits.  However, it was never meant to be a permanent arrangement and both locomotives are now set to be returned to steam over the next few years, Ogwen with its owner Martyn Ashworth, Glyder here at Beamish thanks to an arrangement with its owner Graham Morris.  Here we see the pit being sleepered to enable two foot gauge engines to cross a standard gauge void! 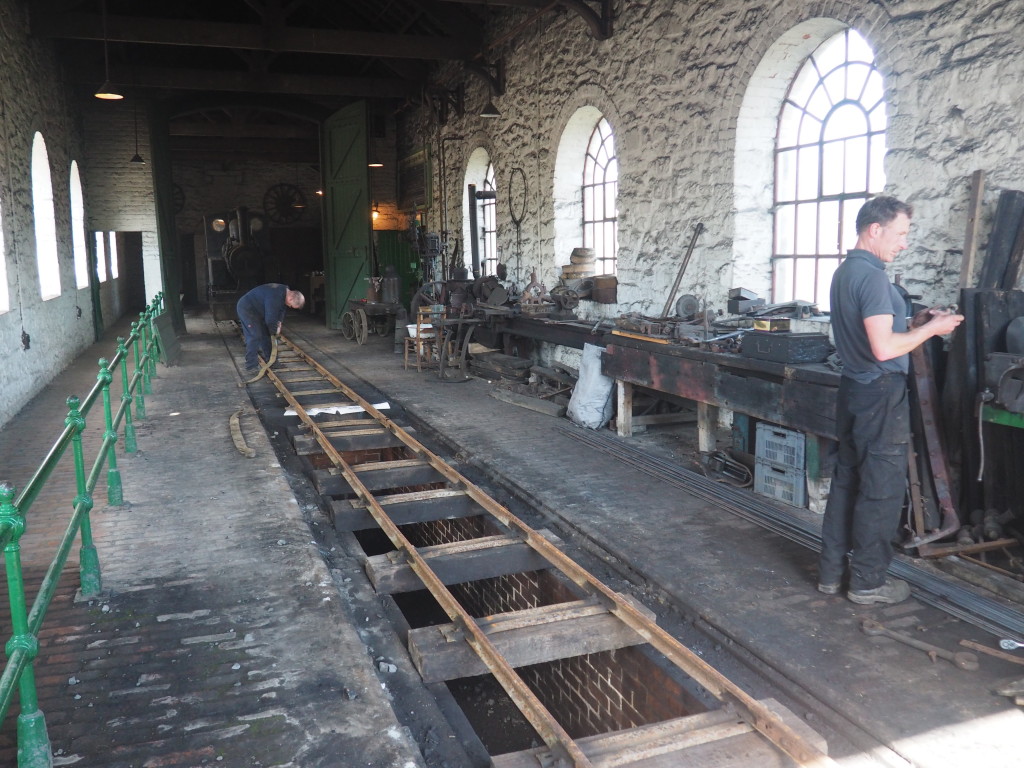 Below: Both engines were drawn forward by the JCB, ready for the crossing of the pit individually. 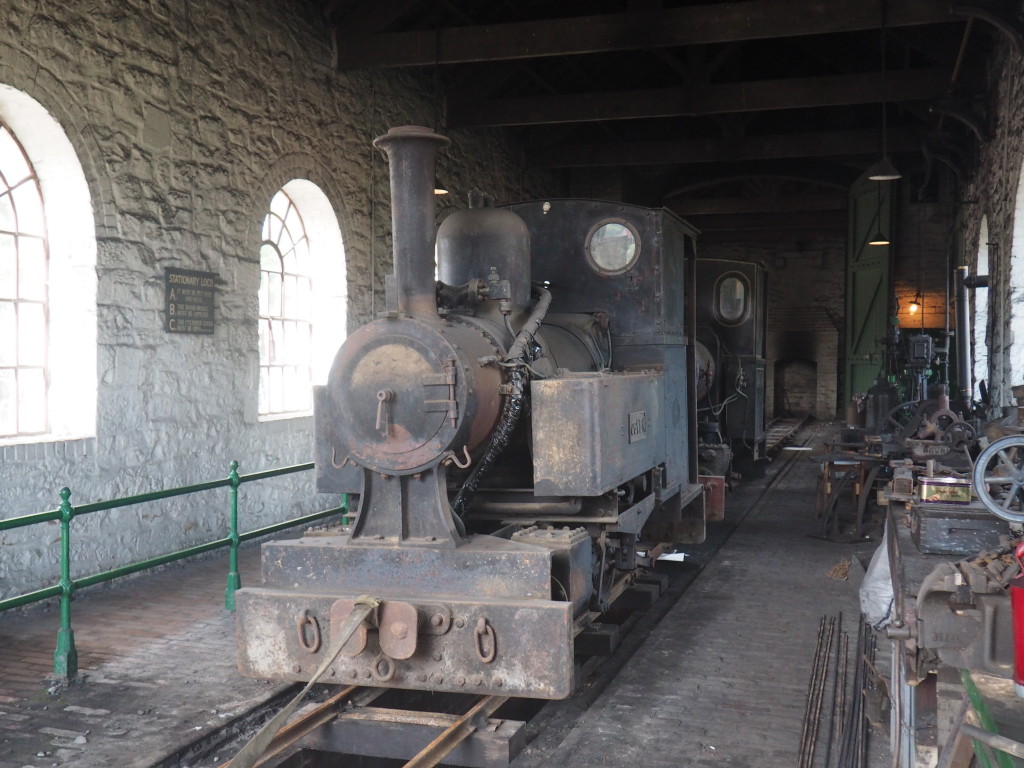 Below: Ogwen was the first out – looking every bit the remarkable survivor that it is in the sunshine. 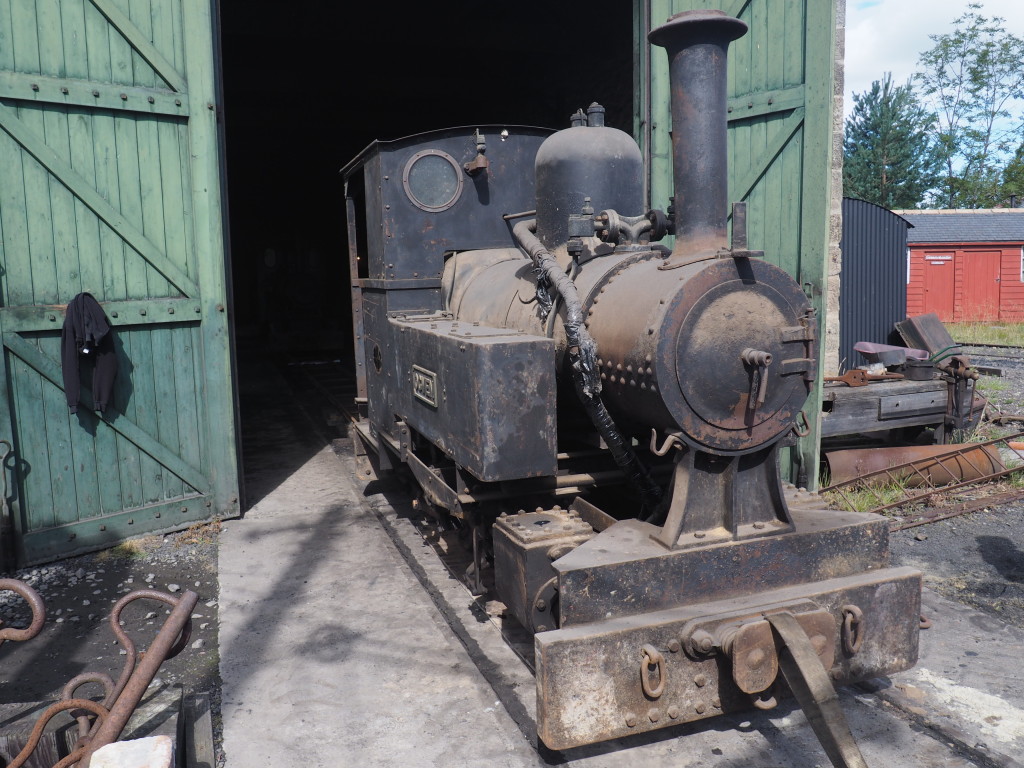 Below: Now sat on a steel plate, Ogwen was rotated 90 degrees and then drawn forward onto a temporary panel of track. 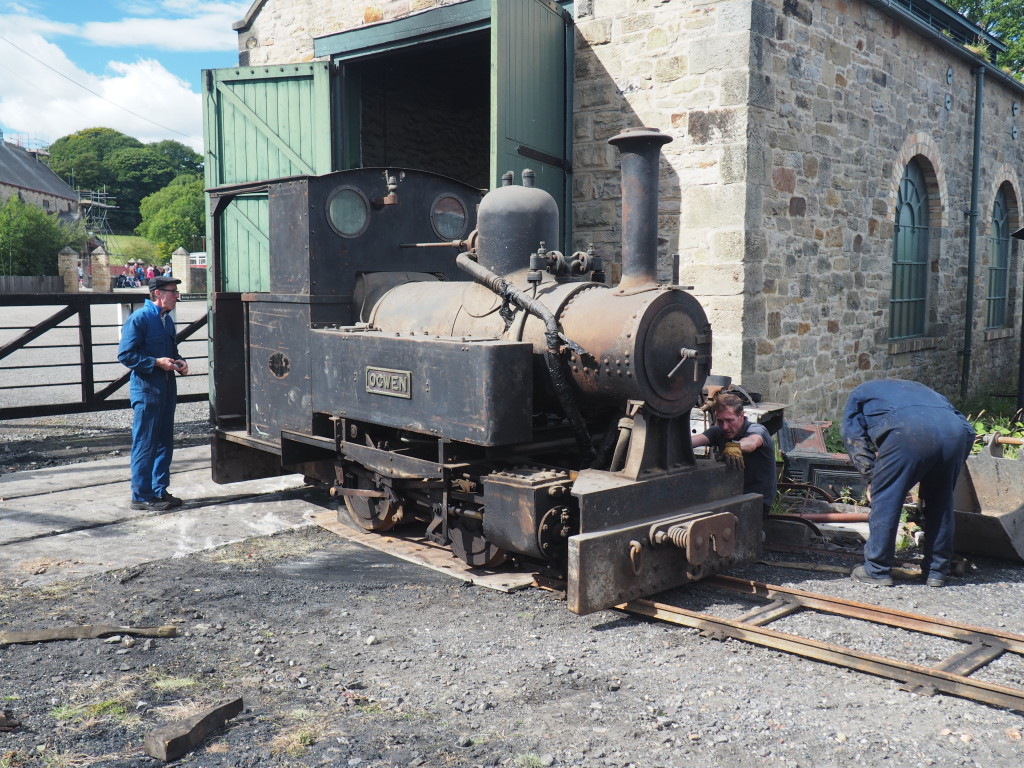 Below: Glyder was then pulled into the sunshine. 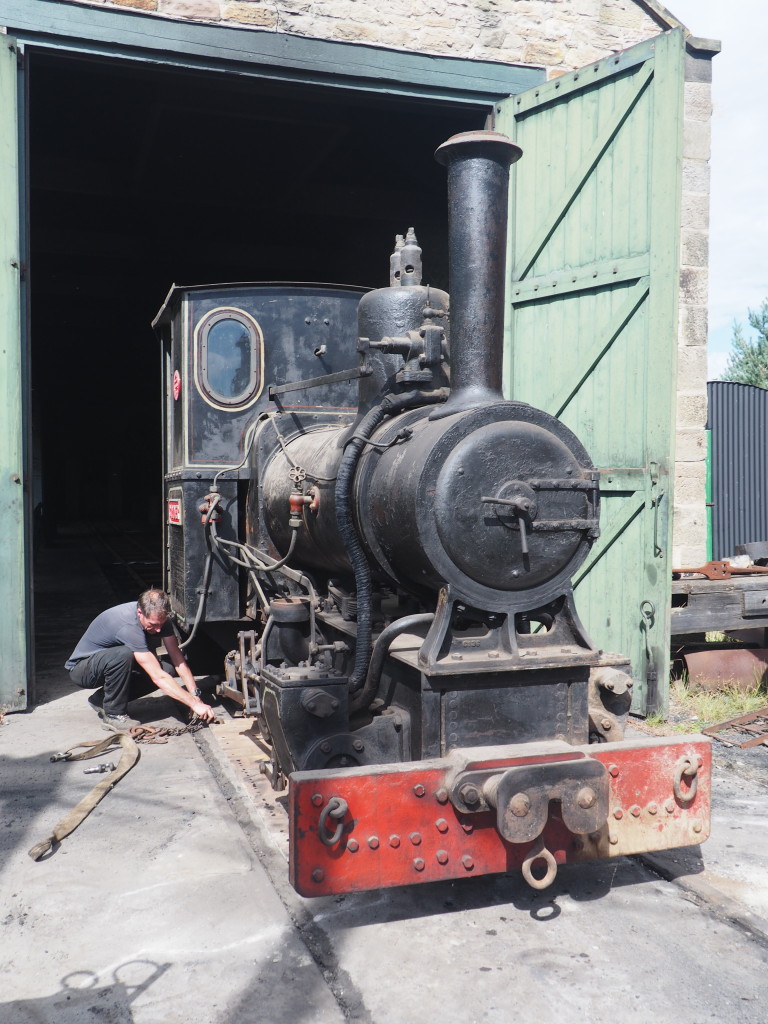 Below: Again the use of the plate was invaluable, enabling Glyder to be positioned ready for loading onto Graham Morris’ low-loader. 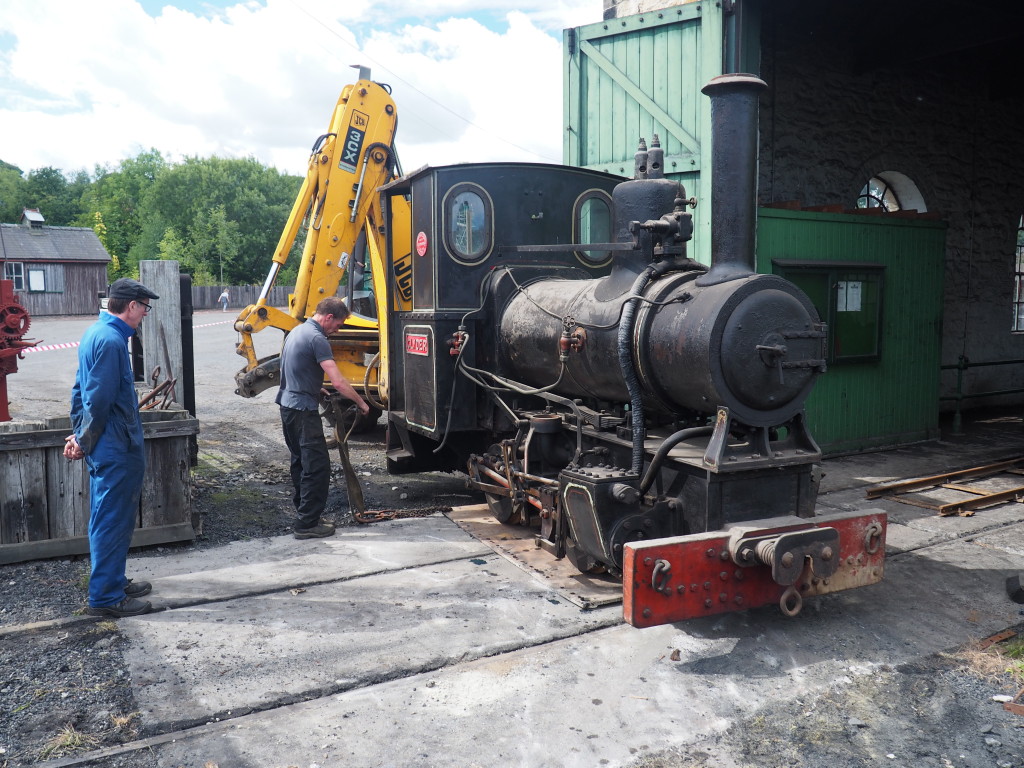 Below: With ramp made, the little Barclay is winched onto the trailer. 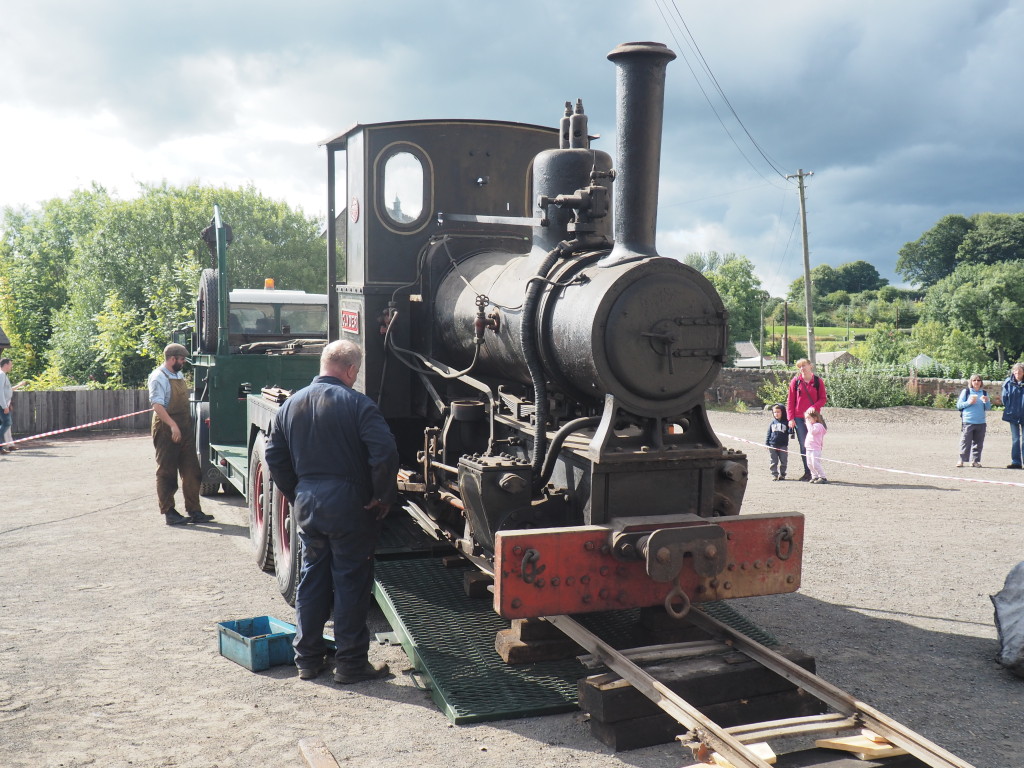 Below: Once loaded, Glyder was moved to the RHEC Erecting Shop, where Tony had cleared the centre roads to enable us to unload Glyder into its ‘restoration’ bay. 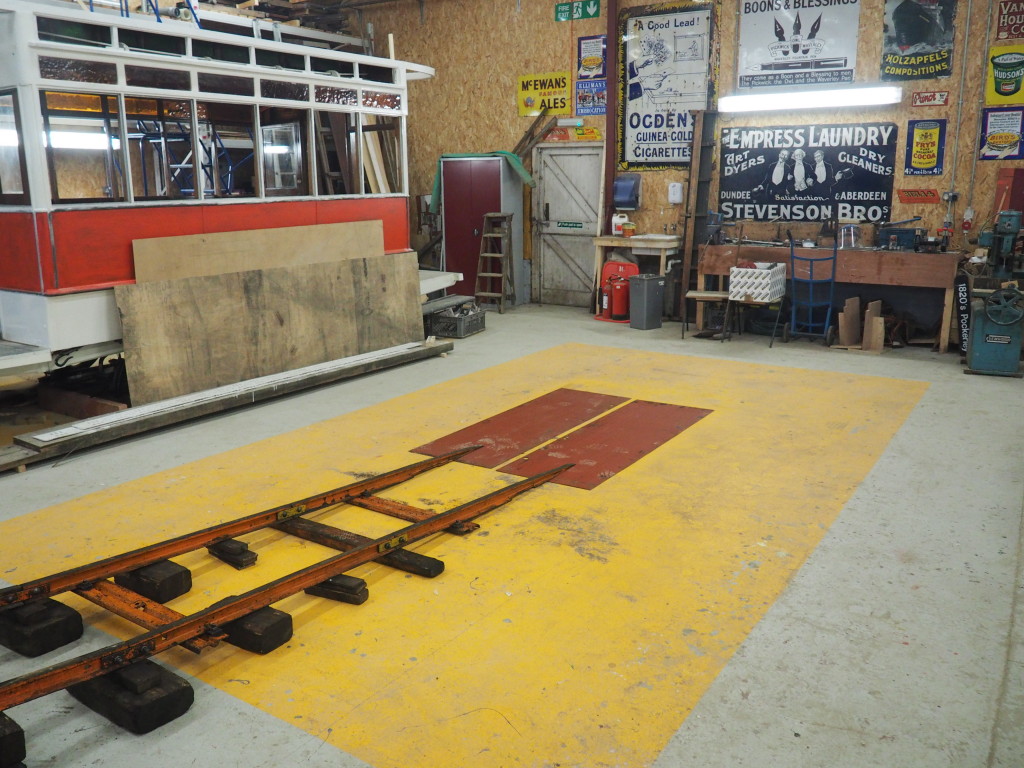 Below: After a straightforward unloading, the locomotive is seen adjusting to its new surroundings.  Here it will be stripped and cleaned, the boiler removed for overhaul and the wheelsets extracted for re-gauging.  We will then reassemble it retaining as much of the original finish as I possible/practicable.  Once complete it will move to the Colliery narrow gauge line to join Edward Sholto and Samson. 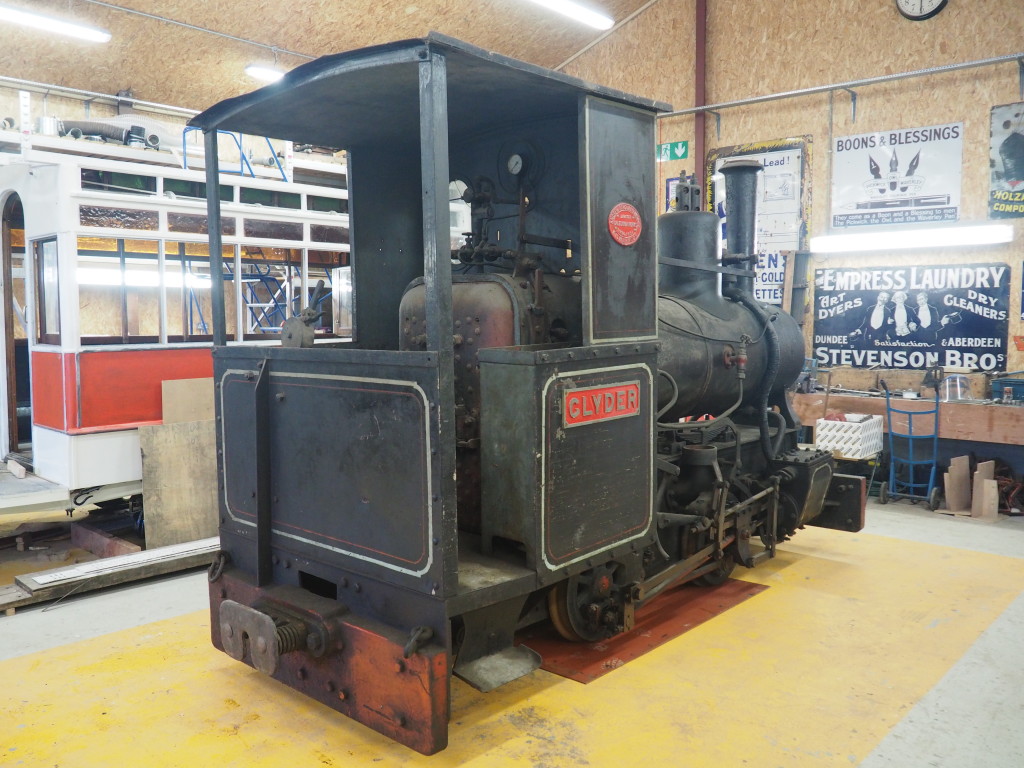 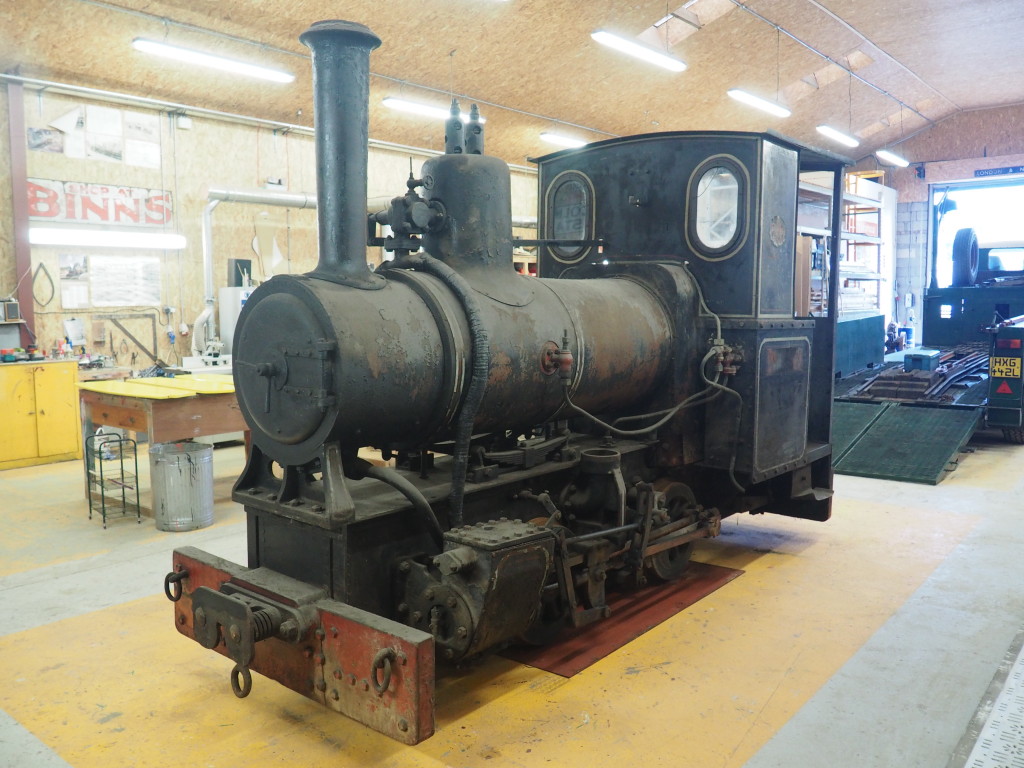 By the end of the day Ogwen was also loaded aboard Graham’s lorry and was set for departure to North Wales on Wednesday morning.

Below: Meanwhile, in the Finishing Shop, Dave has fitted Samson’s brake gear – seen here with the hanger in primer and pull rods already painted black. The brake blocks are oak and have been profiled to shape as well as profiled across the face which bears upon the tyre to ensure a snug fit.  We aim to try the rolling frames out fairly soon… The wheel centres are in dark green whilst the tyre walls are finished in black. Note also the lubricating pots in place on the coupling rods. 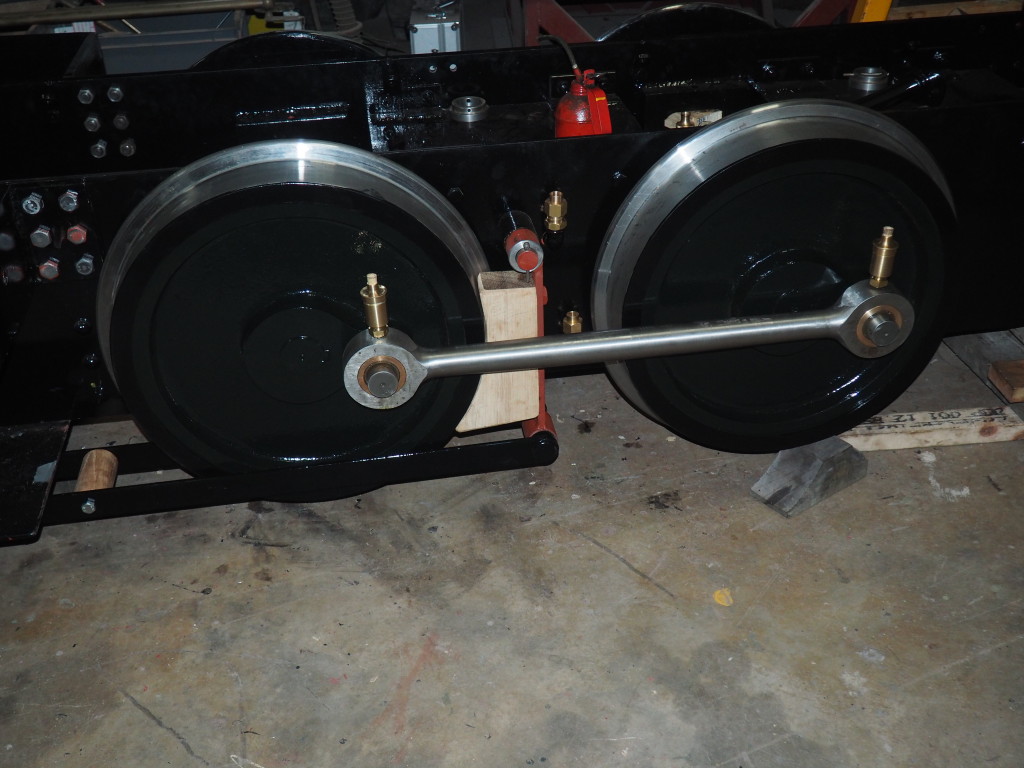 ← Samson construction latest…
Power from the Past… →